Nelke & the Legendary Alchemists: Ateliers of the New World

The Atelier series is among the longest-running JRPG series still running today, and like many others, it hasn't changed much since the original Atelier Marie: The Alchemist of Salburg. Sure, many elements have been tweaked for subsequent entries, but the core elements of the series have been left untouched, such as the focus on alchemy, item gathering, and character interaction. No one will probably say that the series is the best JRPG series ever released, but it's definitely the comfort food of JRPG: you know what to expect, and it rarely disappoints as the games are, for the most part, mechanically solid.

Nelke & the Legendary Alchemists: Ateliers of the New World is a breath of fresh air for the Atelier series. This latest game is quite different from all the other entries in the series and, despite this, manages to be a fun title that twists the typical features and mechanics of the Atelier series to make them work in a town building game. While this results in a major toning down of the RPG mechanics, the game still manages to be addictive and engaging enough.

Nelke & the Legendary Alchemists: Ateliers of the New World starts Nelke, a young aristocrat who has been appointed as the administrator of Westbald, an undeveloped town that's ruled by her father. Upon arrival, Nelke is greeted by the young village chief Knoss and the carpenter Hagel, who inform her and her maid Misty of all the work that has to be done to make the village prosper. Without an alchemist, however, things will be hard.

Nelke had another reason for venturing into Westbald and become its administrator. In the world of the game, there are many ancient relics which are said to have granted humanity the power of alchemy, and there is one, called the Granzweit Tree, that is said to be located near the village. Alchemists, however, are needed to discover this relic, but Nelke is not one to give up easily, continuing to investigate the matter as much as she can.

Everything changes the fateful day when Marlone, as known as Marie, and Elfir, also known as Ellie, appear in Westbald. The two alchemists agree to help Nelke in developing Westbald as well as aid her in the search of the Granzweit Tree until they can find a way home. A home that is very far away, as the two come from a different world, the same one where the first three entries in the Atelier series is set. Marie and Elie are only two of the characters that will travel to Westbald from their own world, as pretty much all main characters from all entries in the series will eventually join Nelke, as well as several supporting characters.

Like almost all entries in the series, the story is far from being its best feature. It's simple yet serviceable, and it allows the diverse cast of characters to interact with one another without things feeling completely out of place. With over one hundred characters from all over the series, the possibilities were huge, and Gust really delivered on this front, although most of the characters don't get more than a few lines of dialogues when they are introduced in the story. As such, those who have played almost all of the Atelier games will enjoy the character interaction the best, but even those who have only a superficial knowledge of the series will find these little skits enjoyable, granted they can stand some tropey characters here and there.

Nelke & the Legendary Alchemists: Ateliers of the New World is a spin-off of the main Atelier series and plays very differently from the other games. It's mainly a base/town building game featuring some very light RPG elements. Most of the series' typical features are toned down here: the Alchemy system is very simple, the battle system is a streamlined version of the one seen in the latest entries in the series, and even exploration is reduced to a minimum. The town building and managing elements are the main focus on the game, but this is not a bad thing at all, as the mechanics are solid and create a very engaging gameplay loop that never feels boring.

The main goal in Nelke & the Legendary Alchemists: Ateliers of the New World is to make the town of Westbald prosper and to do so, players must increase its population, build facilities like fields and orchards, ateliers, and shops, and make growth sustainable. At the beginning of the game, things can be a bit overwhelming, despite the many tutorials that give some useful information on how everything works, but it doesn't take too long to get into them.

Like in the other Atelier games, players have deadlines for the tasks that are assigned to Nelke by her father. These tasks involve getting the population up to a certain number, keep a steady flow of income for a certain number of turns and so on. Turns are divided into workday and Holiday, where different types of activities can be completed. During workdays, players have to decide the work that has to be done to make the village prosper: it's possible to build new facilities, which will be ready in the following turn, decide which items should be produced and sold by shops, and assign characters to different activities. Each character has different stats, so some are better as shopkeepers, while others are better suited to be dispatched to search for items in plains and forest or to grow crops and so on. At the end of each weekday, players will be able to check out a variety of stats that will help them understand where to improve to get the population constantly growing and a steady flow of income.

Holidays are free days that Nelke has to deepen the bonds with the other characters, research new items for alchemy with the help of the main alchemists coming to town and go on expeditions. Improving friendship levels with characters is extremely important, as it will unlock a variety of different events and even provide additional experience points to the characters as well as new ideas for the town's development.

Expeditions, which are called Research Missions, involve Nelke exploring a variety of locations in search of items and treasure. Unfortunately, these missions don't allow players to do much, as all locations are linear and characters proceed on their own towards the goal. Players can either decide to walk, which increases the chance of gathering items, or run, which increase the enemy encounter rate. If the player manages to reach the goal within the time limit, they can find treasure or right, particularly strong monsters. This is a far cry from the latest entry in the series, which gave ample exploration possibilities. It's disappointing but hardly surprising, considering this is not a role-playing game.

As already mentioned, the battle system is an extremely simplified version of the system seen in previous entries in the series. Players can take up to five characters in battle, who will have their turn to attack and use items when they reach the right side of the time bar found in the upper part of the screen. Characters are divided into two different types: attackers can be controlled by the player directly, while supporters, mostly alchemists, will act on their own, and players are only able to use their special attacks once their Drive bar is full. The Drive bar also regulates the usage of the attackers' special skills, with all character earning one point after completing an action. A Burst meter, which fills up with each action from both characters and enemies, allows players to enhance stats for a limited amount of time. Items created through alchemy, such as bombs and more, can also be used in battle, and they are extremely powerful. Due to its simplicity, the battle system tends to become boring very soon, but thankfully there are an Auto and Semi-Auto battle options that make enemy encounters less tedious and faster.

The simple gameplay loop of taking care of activities and item production and Holiday activities is enriched by a few other elements, like requests from villagers, which usually involve gathering items and defeating a certain number of enemies, and sub duties, which grant some bonuses if completed before the main one. Things do get a bit repetitive later on, but there's something addictive in seeing the village grown into a full-fledged town. The very nice character interaction also gives an incentive in continuing the game and make you forget you are basically doing the same things over and over.

Nelke & the Legendary Alchemists: Ateliers of the New World's presentation is in line with previous entries in the series, featuring a very unique character design, especially for female characters. Models also look better than ever even on the base PlayStation 4 model, which is not surprising considering how the locations are not particularly detailed. There are also a lot of menus, which is not surprising for a town building game, but they are clean and serve their purpose well. The soundtrack is also standard fare for the Atelier series, with a few memorable pieces here and there. Unfortunately, there's no English dub, so players are forced to play the game with Japanese voice acting.

Nelke & the Legendary Alchemists: Ateliers of the New World is far from being a revolutionary game. The town building mechanics are solid but not particularly deep, and the limited RPG elements add only a little bit of variety to an experience that, eventually, gets a bit repetitive after a few hours. Character interaction, however, makes it so that the gameplay loop remains addictive. 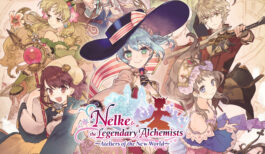 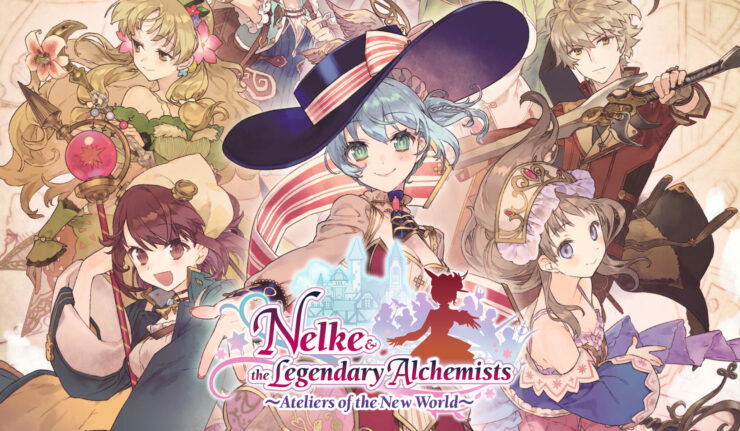 Nelke & the Legendary Alchemists: Ateliers of the New World is a small breath of fresh air for the Atelier series, featuring a town-building experience that's different from anything that has been seen in the series before. The mechanics, while not particularly deep, are quite solid and they manage to make the gameplay loop quite engaging, together with the excellent character interaction. The game is clearly aimed at longtime fans of the series, but even those with a more generic knowledge of the Atelier games will find something to like. Just don't expect anything outstanding or revolutionary.