NBA 2K22 has something to prove after last year’s shaky season. NBA 2K21’s current and next-gen versions were released a couple of months apart and it felt like developer Visual Concepts had spread themselves thin between the two. Sure, the next-gen model made some forward strides, but too much of the experience was copy-pasted from the Xbox One and PS4 versions.

Thankfully, it seems Visual Concepts have their eye back on the prize with NBA 2K22, largely focusing on next-gen, while providing a more consistent on-court experience between both generations of the game. So yes, things feel a little less weird this year, but the question remains… is NBA 2K22 actually have the skills to pay the bills? Time to see if this one has its head in the game…

Well, let’s start positive right from the tip-off -- NBA 2K22 delivers one of the best on-court upgrades this series has seen in years. The game builds on the more fluid action of the next-gen version of NBA 2K21 but throws out what didn’t work, most notably the fussy, poorly-conceived Pro-Stick shooting. The new system is a huge improvement, featuring a large, easily readable shooting meter with a sweet spot that grows or shrinks depending on your choice of shot and how heavily you’re defended. Successful shooting is now more about strategy and picking your spots rather than mastering finicky meters and mechanics.

Ultimately though, the biggest changes are on the defensive front. The AI is not messing around this year, and slashers used to abuse the sprint button to score quick layups and dunks are in for a rude awakening. You’re going to have to practice your pick-and-roll game if you want to consistently score from the paint. Thankfully, it’s not just the AI that’s tougher to get past – NBA 2K22 empowers the player defensively as well. It’s easier to tie up opponents at the perimeter and swatting away shots at the rim feels more intuitive and satisfying. I felt much more in control of my defense in NBA 2K22, but the improved shooting meant I didn’t feel too stymied on offense either. A nice balance has been reached.

While the action feels better, it doesn’t necessarily look all that different. The next-gen NBA 2K21 was a decent visual upgrade, and it seems Visual Concepts were happy to dust their hands and focus on other things this year. NBA 2K22’s visuals are almost unchanged from last year, and in fact, may look a little flatter due to less aggressive lighting and HDR. As usual, the big stars look great – unsurprisingly, this year’s cover star Luka Doncic has received a makeover – but too many lesser names are still a bit wonky.

As always, NBA 2K22 is roughly split into three parts – MyCareer, MyTeam, and MyNBA. MyCareer gets the most significant revamp this year, as it ditches the standard star-studded cinematic prologue the series has done for the past half decade (to varying degrees of success). Instead, Visual Concepts opts to fully roll career mode into an expanded and improved version of their online hub, The City. I wasn’t particularly wowed by last year’s version of The City – it felt sterile and superfluous, not adding much aside from longer travel times between the courts and shops already found in NBA 2K’s previous Neighborhood hubs. Thankfully, this year’s version of The City both looks better and almost plays like a mini MMORPG.

While the movie-like flair is gone, you now have a series of story and side quests to tackle, some of which present some rather interesting choices. For instance, right off the bat, you’ll have the option of going to college or the G League, with both options presenting compelling pros and cons. And that’s just the beginning, as the meaningful decisions don’t end once you get to the NBA. That was always one of my biggest gripes about MyCareer – you’d play through this lavish Hollywood prologue, get to the NBA, and then just… grind through the season. It now feels like you’re getting more of a full story, even if it doesn’t kick off with as much razzle-dazzle as before.

Of course, all the usual stuff from past NBA 2K hubs return, including pick up courts, Pro Am, and, obviously, lots and lots of cosmetic shops. Ah, but those who venture into The City for some multiplayer will find a rather unexpected addition – the ability to hop into a quick 3v3 or 1v1 game with actual matchmaking! I’ve long suspected Visual Concepts intentionally resisted matchmaking, as getting crushed by leveled-up teams entices people to spend on microtransactions, so hey, kudos where they’re due for actually making it happen. Now, you could argue the entire reason for rolling MyCareer fully into The City is to wheedle more money out of players, and you’d probably be right, but I can’t deny I found the new combo compelling. The experience is just more unified and satisfying now and there’s such a breadth of stuff to do, much of which, like progressing your career or hitting the matchmaking courts, doesn’t really require any additional pay. Maybe Visual Concepts is just getting better at obscuring it, but The City didn’t feel particularly exploitative to me.

I should mention that while MyCareer has received a big-time update in NBA 2K22, the WNBA career mode, The W, hasn’t. It’s still largely menu-based, which feels even more dated and limited than before given the extravagance of The City. If Visual Concepts is serious about giving the WNBA a fair shake, it’s time to just include them in the regular MyCareer mode.

As was the case last year, MyGM and MyLeague have been rolled together into a single mode called MyNBA. I’m still a touch salty about the loss of the standalone MyGM mode, as I feel there were some storytelling and role-playing possibilities Visual Concepts could have explored further, but it is what it is.  The extent to which you’re allowed to customize your experience remains impressive, with this year’s MyNBA giving you more control over your staff (coaches, doctors, etc.), your training schedule, and the nitty-gritty details of your coaching strategy. The updates are on the modest side this year, but franchise mode devotees (a group I’d consider myself in) should appreciate them nonetheless.

The Ultimate-Team-style MyTeam also mostly stays the course last year. NBA 2K21 replaced the tacky casino-like games with a battle pass system, which continues on this year. Of course, loot boxes in the form of card packs will always be built into this type of experience. As usual, a couple of new modes are added, most notably MyTeam: Draft, which allows you quickly assemble a lineup from a temporary collection of cards. This could have been a fun casual option, but special tickets are required to play it. You’re given a few free ones, but if you run out, expect to pay a high price to get more. 2K and Visual Concepts don’t seem particularly interested in enticing new players into MyTeam at this point, they already have their captive audience, and it continues to not be my thing.

Overall, I think Visual Concepts has made a wise decision to cut loose some of the excess that had begun to weigh down NBA 2K in recent years. The end result is a game that still feels substantial, but more streamlined and manageable. NBA 2K22 is all muscle ready to keep ballers busy for some time to come.

This review was based on a PS5 copy of NBA 2K22 provided by publisher 2K Games. 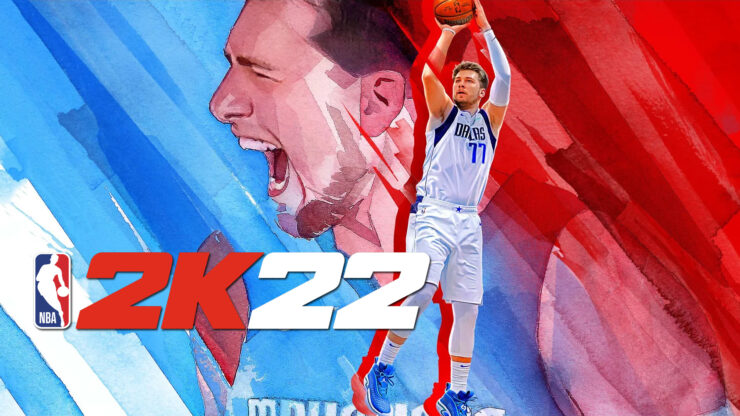 NBA 2K22 is the franchise’s best entry in years, offering well-balanced changes on the court and a bold, yet welcome, revamp of MyCareer and The City hub. Microtransactions still frustrate at times, but they’re not as aggressive or tasteless as they’ve been in the past. For the first time in a while, it feels like the NBA 2K dev team is hungry, and they’ve cooked up a real championship contender this year. Marvel’s Midnight Suns Campaign 45+ Missions Long, 80 Hours not Enough to do Everything