This is a strange year for sports games, as next-gen consoles will be hitting shelves this holiday season, but most of the big franchises from Madden to NBA 2K drop new games in late summer/early fall. As a result, a slate of stop-gap current-gen sports games are being released. A “built from the ground up” Xbox Series X and PS5 version of NBA 2K21 is in the works, but in the meantime, we have the PC, Xbox One, PS4, and Stadia iteration to consider (PC players are getting current-gen visuals and features this year).

Does the current-gen version of NBA 2K21 bring this mostly-very-good generation of basketball games to an exciting climax? Or does developer Visual Concepts opt to run out the clock while looking ahead to next-gen consoles? Time to see if NBA 2K21 still has the skills to pay the bills...

Not a lot has changed on-court this year. As always, NBA 2K21 does a nice job of balancing depth and accessibility, with everything you need to get by -- passing, ball handling, shooting, defense – being intuitively mapped to the two thumbsticks, face buttons, and L and R triggers. Visual Concepts builds on last year’s improvements to the game’s animation and motion systems by adding a variety of new dribble moves to the right “Pro Stick,” making the action feel more fluid than ever.

Ultimately though, the biggest gameplay addition is the new Pro-Stick shooting, which is proving divisive amongst fans (to say the least). Traditionally, shooting in NBA 2K has been a simple matter of timing – hold down the shooting button or right stick, wait until the meter enters the sweet spot, then release. Pro-Stick shooting is more about aiming, as the release window’s placement on the shooting meter moves depending on the difficulty of the shot and your position on the court. You actually have to direct the Pro Stick toward the sweet spot on the shooting meter to sink the shot, and if you miss to either the left or right your shot goes wide in the corresponding direction.

The new system may sound intuitive, but the targeting is far too finicky, with a slight tap of the right stick often resulting in embarrassing airballs. Yes, Pro-Stick shooting is supposed to be more skill based, but Visual Concepts has gone a little far. And hey, it’s not like the old timing-based shooting wasn’t skill-based in its own way! Many NBA 2K fans have spent years perfecting their jump shot, so if you’re going to revamp shooting, you better have a good reason for it. I’m not sure Visual Concepts did. Now, don’t worry, you can still use traditional timing-based shooting using the square/X button, although NBA 2K21 initially punished players using the old system with ultra-low shooting percentages. That issue’s been largely resolved in most single-player modes via a hotfix (but still persists in some multiplayer modes like Triple Threat Online, Pro-Am, and Rec). So yeah, the on-court action is largely a zero-sum game this year.

Visually, NBA 2K21 is more or less the same beast its been for the past couple years. If anything, it may actually look a little worse. Yeah, the top stars still look great, and the overall NBA vibe (from back when the league actually had fans in the stands) is captured well, but there’s a lot of weird stuttery animation and visual oddities this year (the glitch that makes everyone’s shorts flutter in an invisible breeze whenever you push the X button to confirm something is my personal favorite). Clearly all the visual pizazz is being held back for the next-gen versions of NBA 2K21.

As has been the case for years, NBA 2K21 is roughly split into three parts – MyCareer, MyTeam, and MyGM/League. MyCareer offers up largely the same feature set as last year, including the improved MyPlayer creator, with little of note being added. NBA 2K21’s MyCareer cinematic prologue builds on last year’s, with players stepping into the role of “Junior,” a gifted baller who struggles to live up the mixed legacy of his father, a legendary college player who somehow never made it the NBA. You start all the way back in high school this time and will be guided by a variety of mentors played by the like of Djimon Hounsou and the King himself, Michael K. Williams. Personally, I hope Visual Concepts tries out a new story soon, as there are only so many “bright-eyed up-and-comer makes it the NBA” tales I can take, but for now, NBA 2K21 does a solid job with the formula. It feels like there are more meaningful choices to be made, and the NBA Draft, which was kind of an anti-climax last year, is handled better this time around.

That said, while the writing is solid, MyCareer’s presentation falls off a cliff this year. In the past, the MyCareer prologues have looked genuinely cinematic, but the cutscenes all look kind of flat and cheap this time around. Of course, once the prologue ends and you join an NBA team, it’s down to the repetitive business of working through the season. While not quite as grindy as in the past, it’s still a long haul, and a lot of the little things that made playing through the season a bit more interesting last year, including post-game interviews and locker room interactions have actually been cut this time around. Overall, this year’s MyCareer just isn’t as polished as the premier mode in one the biggest sports games on the market ought to be.

Perhaps unsurprisingly, it seems the two NBA 2K21 modes Visual Concepts spent the most effort on are the ones that generate the most money via microtransactions. The “My Neighborhood” social hub is now the 2K Beach, but the revamp is mostly cosmetic. The stuff you can actually do there – play 3v3 streetball or 5v5 Pro-Am games, shop at various cosmetics stores, ect. – hasn’t changed much. MyTeam thankfully shifts focus from the somewhat tasteless casino theme of last year to a Fortnite-like seasonal structure. That’s arguably a positive change, but, of course, random card packs are still integral to this Ultimate-Team-style mode, and while the slot machines and prize wheels are gone, the pachinko prize drop is still intact. The addition of seasons and battle passes just feels like yet another layer of money grubbing. As I say every year, I realize some people enjoy MyTeam, but it’s just not for me.

My favorite mode has traditionally been MyGM, and NBA 2K21 manages to replicate last year’s version of the mode…to a fault. MyGM added some fun light RPG elements and a smart action point system last year, and I would have loved to see Visual Concepts build on this, but this year’s version of the mode is pretty much a straight copy-and-paste. I really wish MyGM would stop being treated like the red-headed stepchild, but I have a feeling that’s not going to change anytime soon.

And that’s about all there is to say about the current-gen version of NBA 2K21. The action is still fun, but this is probably the least-essential NBA 2K game I’ve ever played. If you bought last year’s game, there’s just not much here to justify another $60 investment. I’d recommend waiting for the next-gen version, but of course, not everybody is going to have the money or opportunity to invest in a new console in 2020. Ultimately, it’s up to you to decide whether you’re going to bench the series this year.

This review was based on a PS4 copy of NBA 2K21 provided by publisher 2K Games. You can grab a copy of the game here. 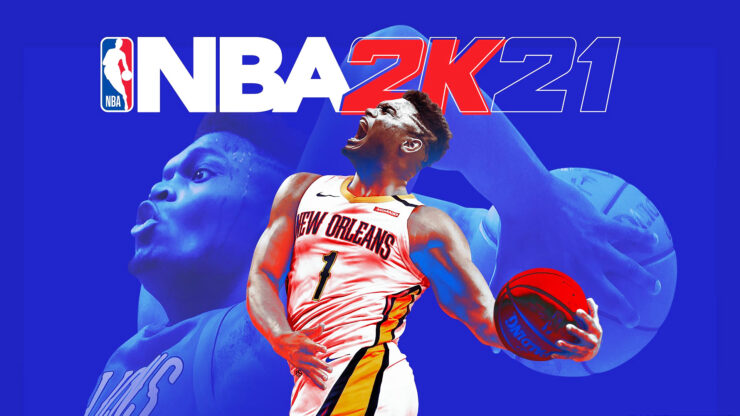 It’s hard to escape the feeling that the current-gen version of NBA 2K21 is merely a rushed appetizer before the next-gen main course. Yes, NBA 2K21 can still be a great time, but stagnant presentation, copy-and-pasted modes and features, and new mechanics that clearly weren’t fully worked out combine to make the game feel like a half-hearted buzzer beater throwaway.