The architecture has seen several optimizations and key refinements that have led to an increase from 8 cores and 16 threads to 16 cores and 24 threads. The new 10nm ESF (Intel 7) process retains Intel's clock leadership, pushing the chips up to 5.2 GHz.

Alder Lake will be fully scalable from Desktop (LGA1700) to ultra-mobile. Interestingly, however, while the platform has 8 P-cores and 8 E-cores, only the P-cores will support hyperthreading making for a total of 24 threads available. The integrated GPU will have 96 EUs of Xe architecture (good but nothing to write home about) but the thing that impressed us the most was the fact that Intel is claiming a 19% IPC uplift over Rocketlake – which should handily beat AMD parts if true.

Alder Lake will feature up to 30 MB of noninclusive LL Cache and support DDR5-4800, LP5-5200 along with DDR4-3200, and LP4x-4266. It will also support two times the PCIe bandwidth thanks to its support of PCIe 5 and will be able to provide up to 16 lanes of PCIe Gen5 with up to 64 GB/s. The new design is fully modular and built like lego and should be completely scalable and flexible. The compute fabric interconnect has a bandwidth of 1000 GB/s while the IO fabric has a BW of 64 GB/s. The memory subsystem supports up to 204 GB/s but more importantly can scale memory frequency (and power) according to the need of the SoC

The CPU is said to feature a 1st stage power limit of 125W which is standard for a flagship Intel SKU and the 2nd stage power limit or PL2 is rated at 241W. This means that when hitting its maximum advertised clock speeds, the CPU could end up pulling even higher wattage from the PSU. Overall performance creation is also seeing a giant leap in performance across the board. Interestingly, however, if you want the same performance as an Intel Core i9 11900k, then you can drop the power consumption by 1/4 to 65W and get the same performance! This is an incredible leap in performance efficiency thanks to the e-cores.

Now the main proving ground for this chip against the AMD Ryzen 5 5600X will be its performance to price value. The Ryzen 5 5600X with a $299 US MSRP is slightly higher in terms of pricing when we compare it to its predecessor. The Core i5-12600K on the other hand will be replacing the Core i5-11600K and will retain at $289 US standard and $264 US for the KF variant. This alone is cheaper than the Ryzen 5 5600X.

Based on performance and availability, the Core i5-12600K could indeed become a hot selling chip in the mainstream gaming market. With that said, we also have to take into account the availability of the Core i5-12600K. Technically, mainstream SKUs aren't affected a lot by supply issues as is the case with the Ryzen 5 5600X but a small delay in stock could result in Intel missing an opportunity to create a dent in AMD's Ryzen 5 segment. Consumers have already seen what AMD delivered as a successor to its Ryzen 5 3600X so now it's time to see if Alder Lake can really shake things up in the mainstream gaming segment. 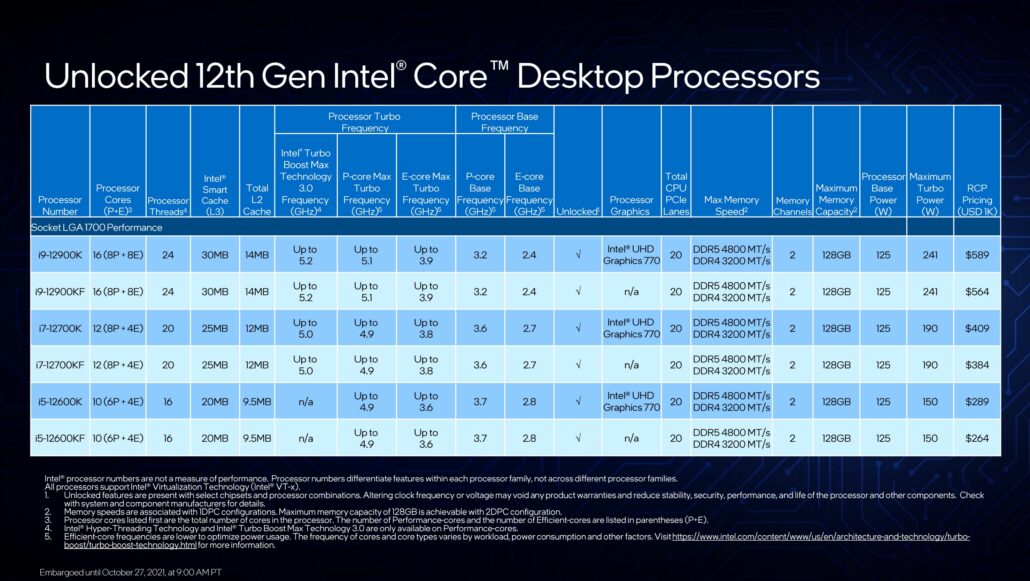