The MSI MEG X570S ACE MAX comes in the standard ATX form factor but it's so packed and well-built that it always feels like a step above the standard ATX offerings. It's stealthy dark looks with gold accents look absolutely brilliant and even though the board does feature Mystic Light RGB support, this motherboard looks great even without those enabled. 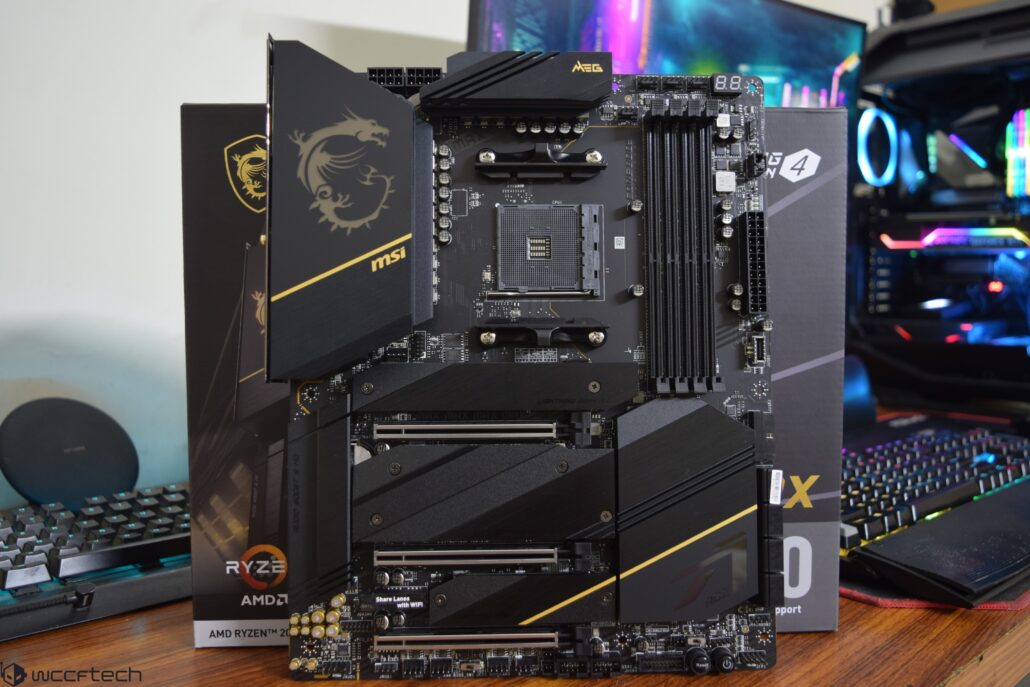 The board packs a better overall design scheme that allows for faster connectivity, memory support, and storage options compared to the existing MSI X570 MAX motherboards. The PCB is of matte black color.  The PCB itself is a 6 layer design with a 2oz thickened copper layout patterning. 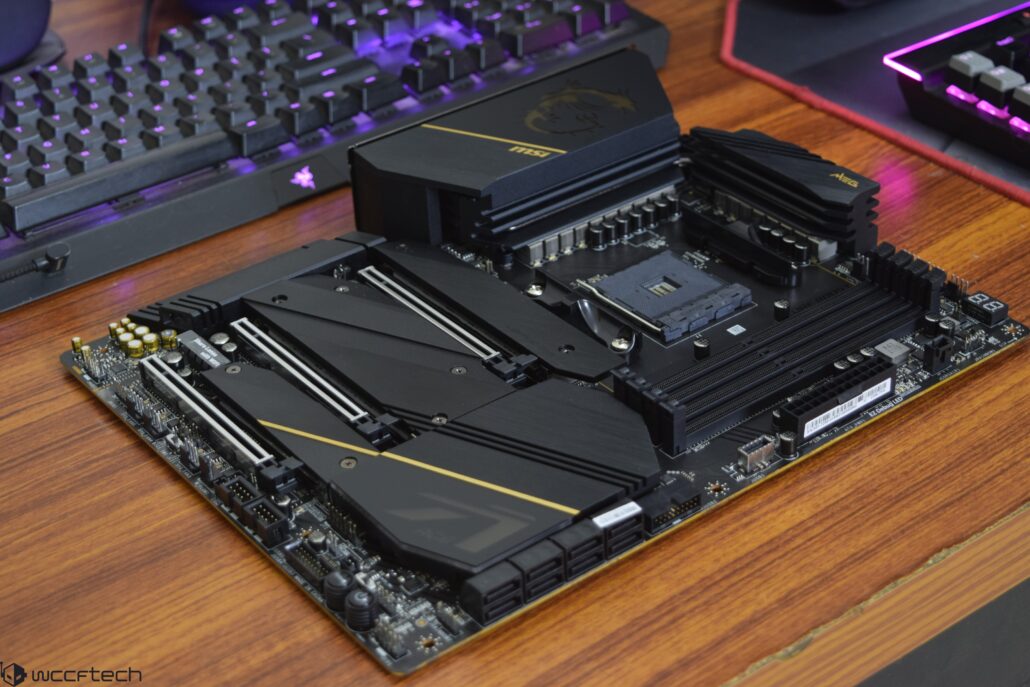 The board uses the AM4 socket to support AMD CPUs and APUs. The socket is compatible with both AMD Ryzen processors and APUs. There's no chance of error while installing a CPU since the socket is keyed, has a 1331 pin layout, and won't support any other chips aside from the ones mentioned by AMD and AIB partners. 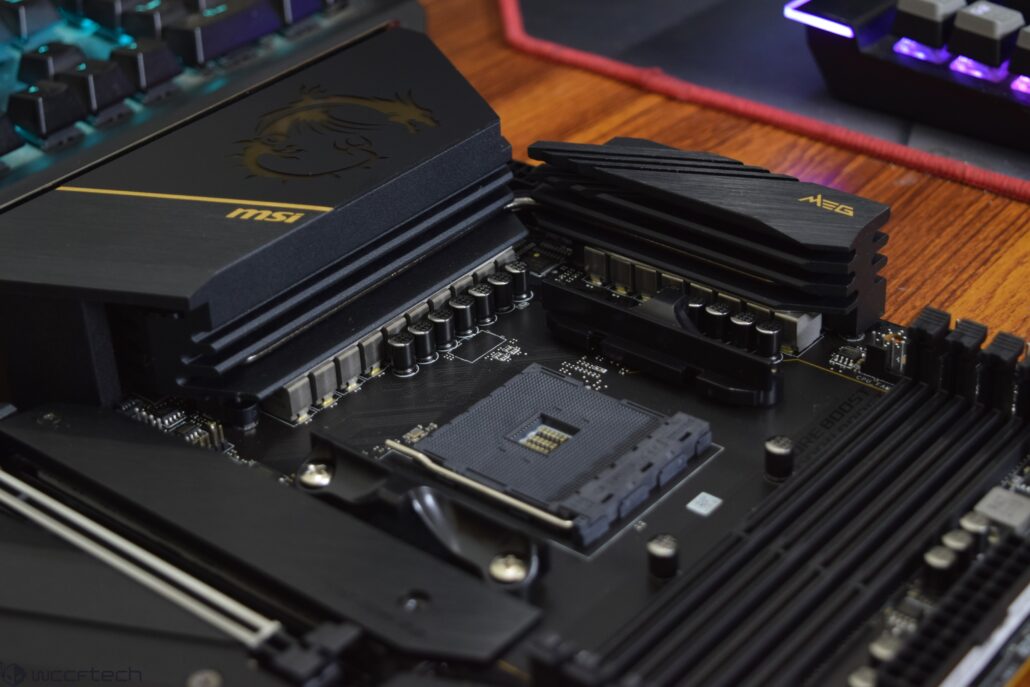 Right next to the socket are four DDR4 DIMM slots that can support up to 128 GB (dual channel) memory. These slots are rated to support DDR4 DIMMs with frequencies all the way up to 5300 MHz (OC+). Following are the memory configurations for this specific motherboard: 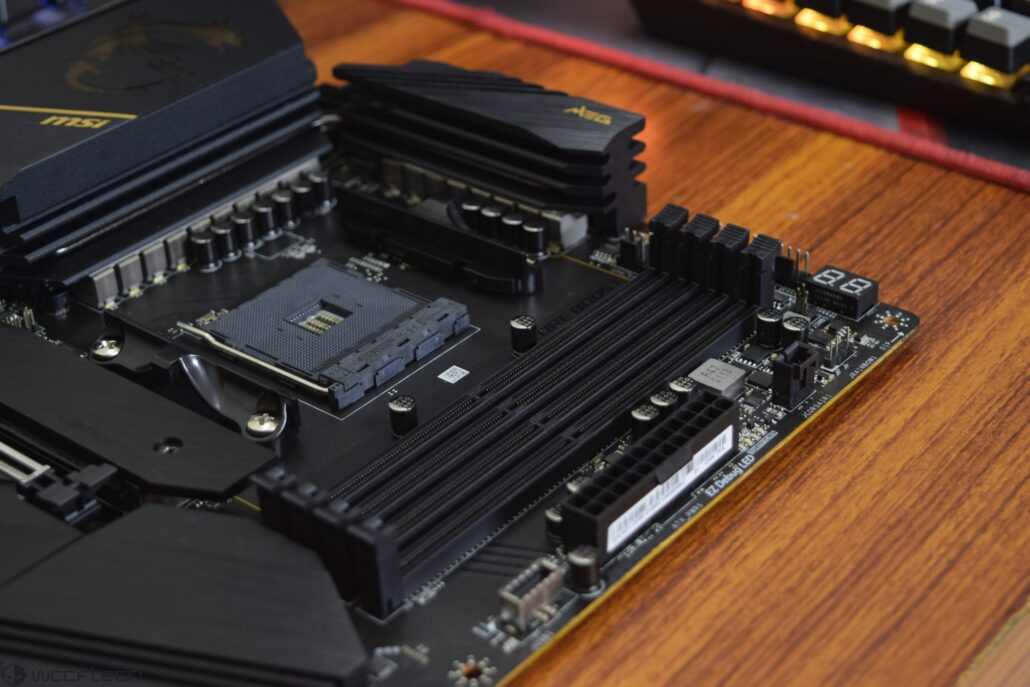 The motherboard packs a 16+2+1 phase Digital PWM which powers the socket. The board features the RENESAS RAA229618 PWM controller which can handle up to 20 Phases and RENESAS ISL99390 (90A / SPS) MOSFETs. The inductors used on the motherboard are TRIO EM-33BM1QV02 (0.33uH)

The PCB is outfitted with a longer lifespan and durable black solid-state capacitors that have an endurance rating of over 12,000 hours, & 90A Smart Power stages which are made to unleash the full performance of Ryzen desktop CPUs.

Moving over to the cooling department, this is one of the biggest updates over the X570 ACE. The new X570S ACE features a total of seven heatsinks, a VRM Heatpipe solution, and 7W/mK thermal pads. 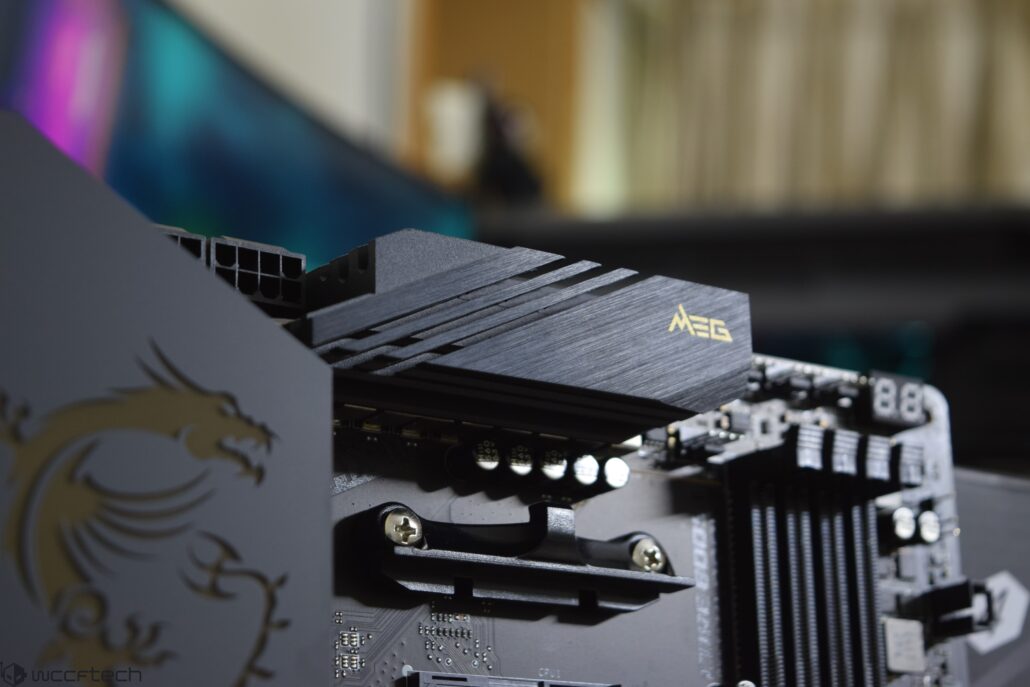 The top I/O cover and the heatsinks that sit underneath it are very bulky pieces of aluminum that are interconnected via a heat pipe solution. There's no active cooling on the motherboard but the size of the heatsinks makes sure that you'd need one.

The I/O cover itself looks absolutely fantastic and while it doesn't feature the fancy LCD display like the GODLIKE series, it does feature a cool MSI Dragon logo which in an aluminum shroud that lits up with RGB LEDs. 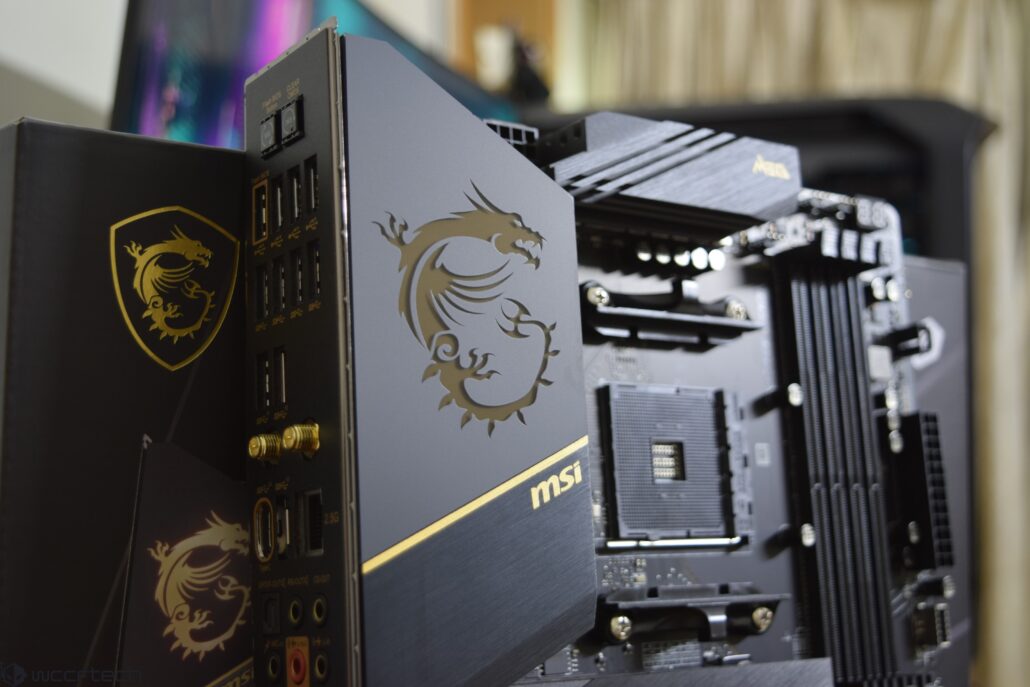 The CPU is supplied with power through a dual 8-pin power connector configuration. This will feed the CPU with up to 300 Watts of power. Most AMD CPUs will be shipping with TDPs of up to 105W but that changes when users overclock since that changes the power limit based on applied voltages and clock speeds. 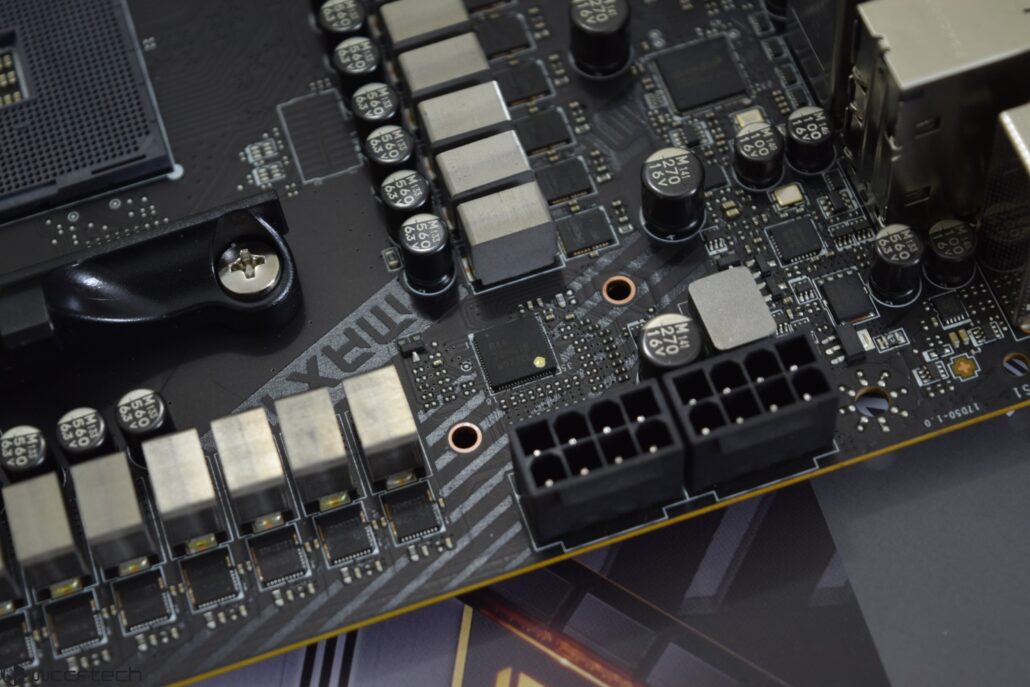 Expansion slots include three PCI Express x16 slots, a single PCIe x1 slot, and quadruple M.2 slots. The PCIe slots are Gen 4 compliant with the first two fed directly through the CPU lanes while the remaining are fed from the X570 chipset. 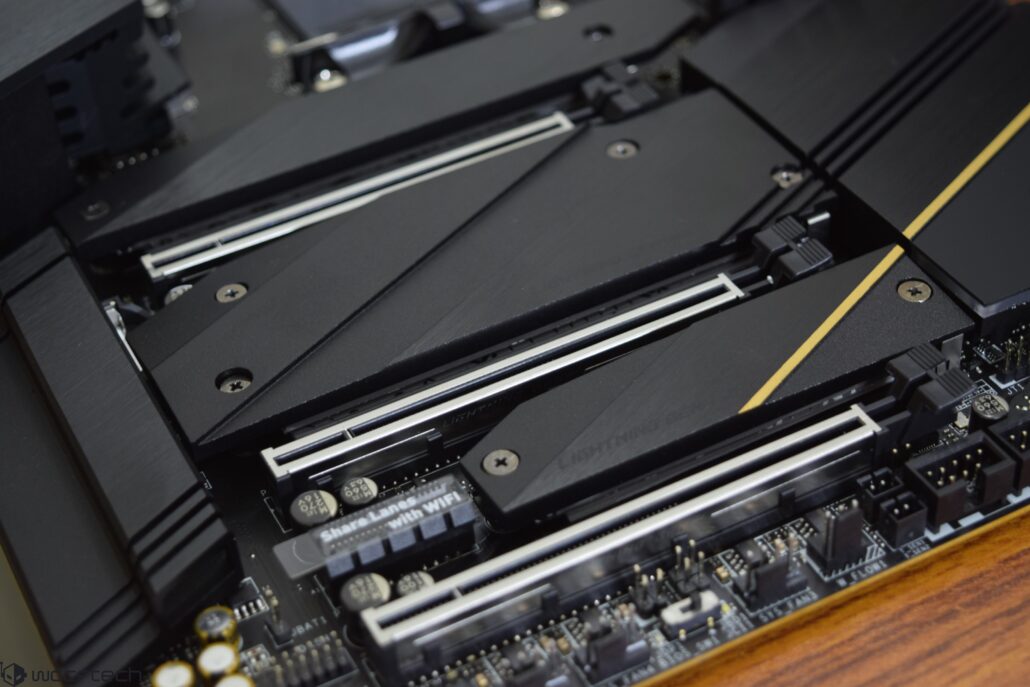 The  MSI MEG X570S ACE MAX motherboard adopts the latest PCIe Steel Armor slot design which is built with more solder points on the PCB for better performance and preventing any signal interference with graphics cards. This allows your graphics cards to be fed with better quality signals and to be safely and securely installed in the PCIe slots. 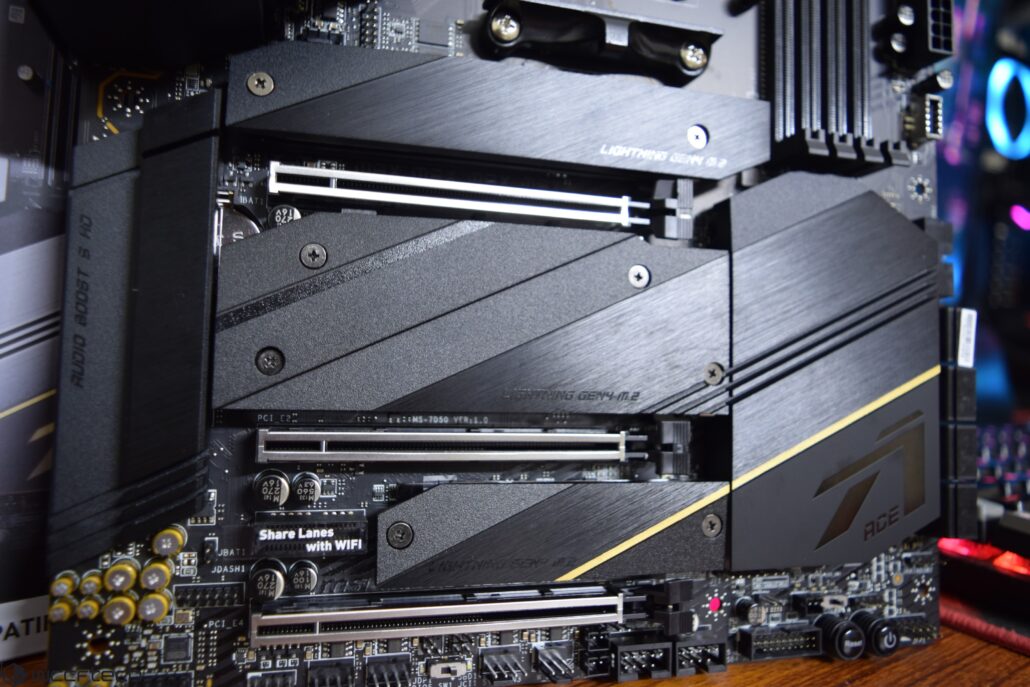 There are four Lightning Gen 4 M.2 slots on the motherboard that operate through PCI Express 4.0 x4 link at speeds of 64 GB/s. One of them is located at the top of the first PCIe 4.0 x16 slot, two slot between the first two PCIe slots, and the last is located next to the PCIe x1 slot.

All four slots feature M.2 Armor design with solid metal heatsinks. The first slot is fed by the CPU Gen 4.0 lanes while the remaining three slots are fed directly by the X570 PCH. The last two M.2 slots share the bandwidth with the last PCIe x16 slot and SATA ports from 5 to 8.

The most interesting aspect of the MSI X570S ACE MAX motherboard is the use of dual-sided thermal pads under each M.2 slot. You can tell by the quality of these pads that they are very useful when it comes to cooling performance and given just how hot Gen 4 NVMe drives can get, these are a necessity. Do remember to peel off the plastic tape from both thermal pads before installing your SSD.

Again, the PCIe x1 slot shares bandwidth with the WiFi 6E module on board the motherboard so in order to use the slot, you would have to sacrifice the built-in wireless capabilities. 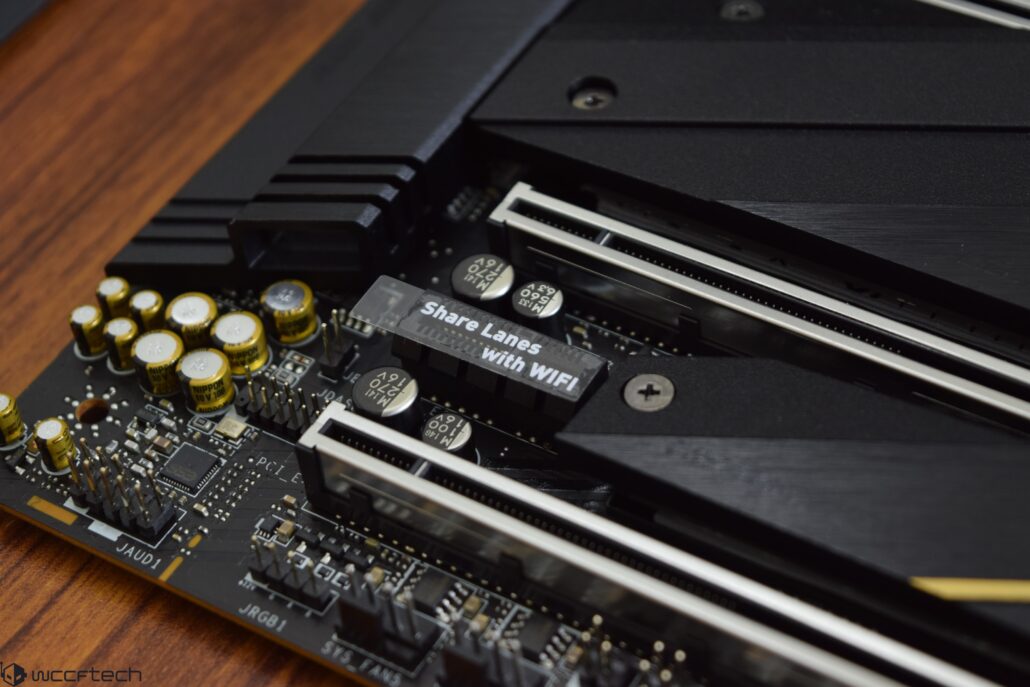 The X570 PCH is housed beneath a large heatsink that features mystic light RGB LEDs. Do note that there's no active cooling solution on the PCH heatsink as that's the main point of the new X570S series boards. 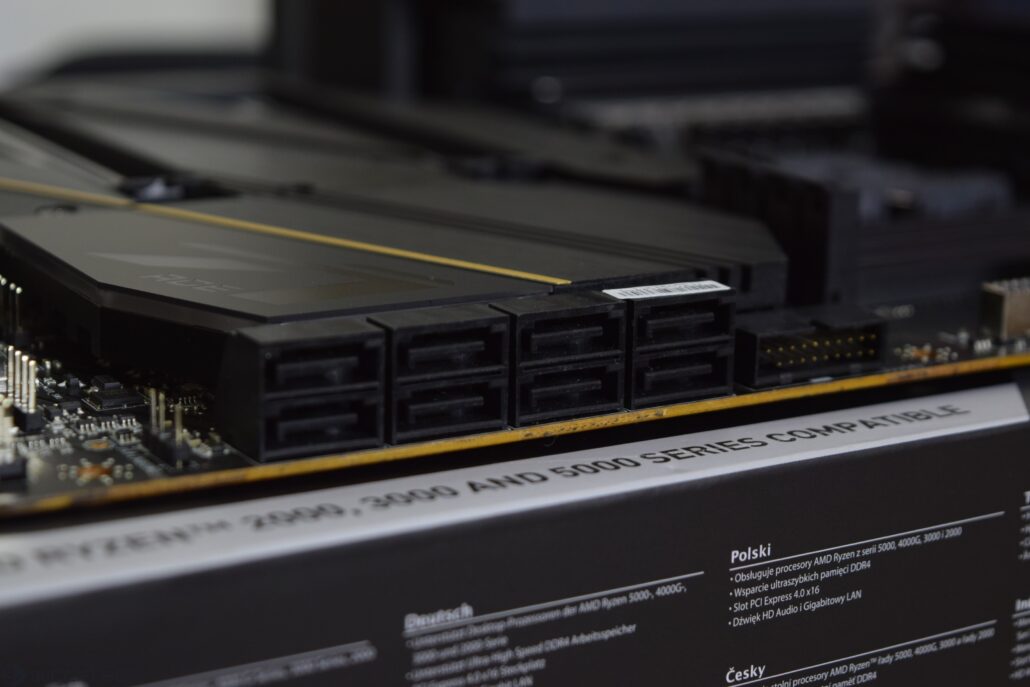 ASRock is using the latest ALC4082 audio codec audio system along with the ESS SABRE9018Q2C Combo DAC/HPAon this motherboard that has its own audio PCB isolated from the rest of the board. 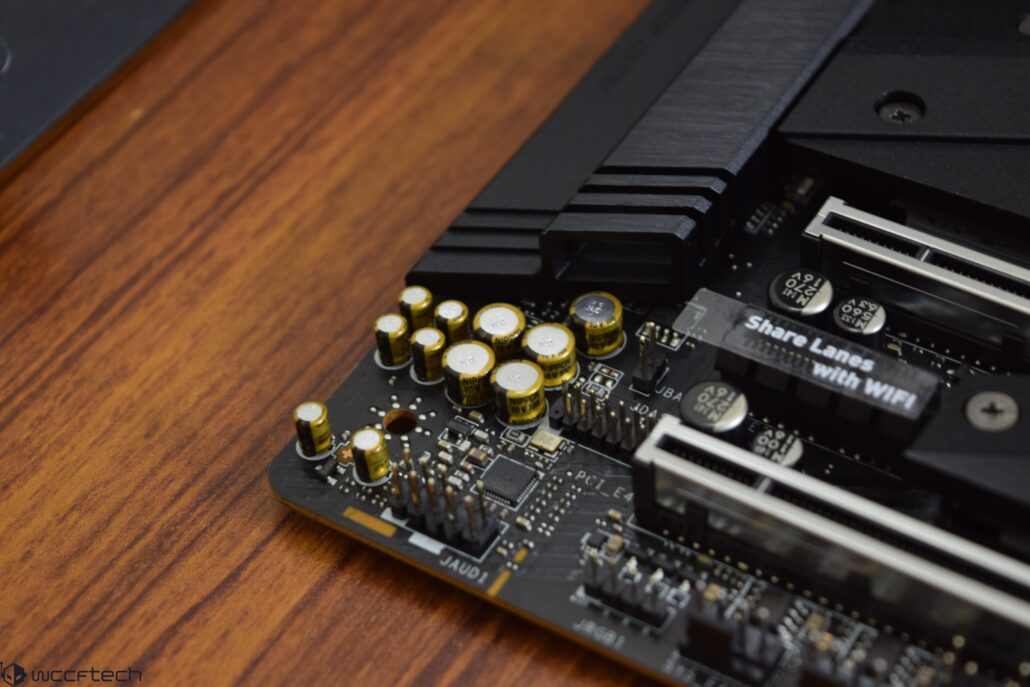 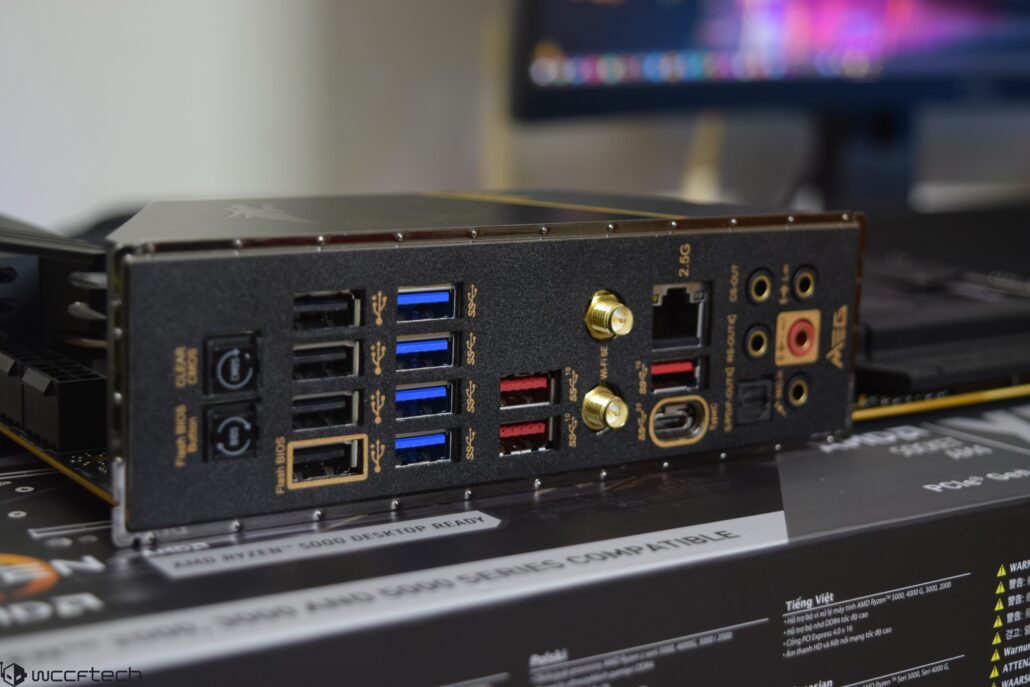 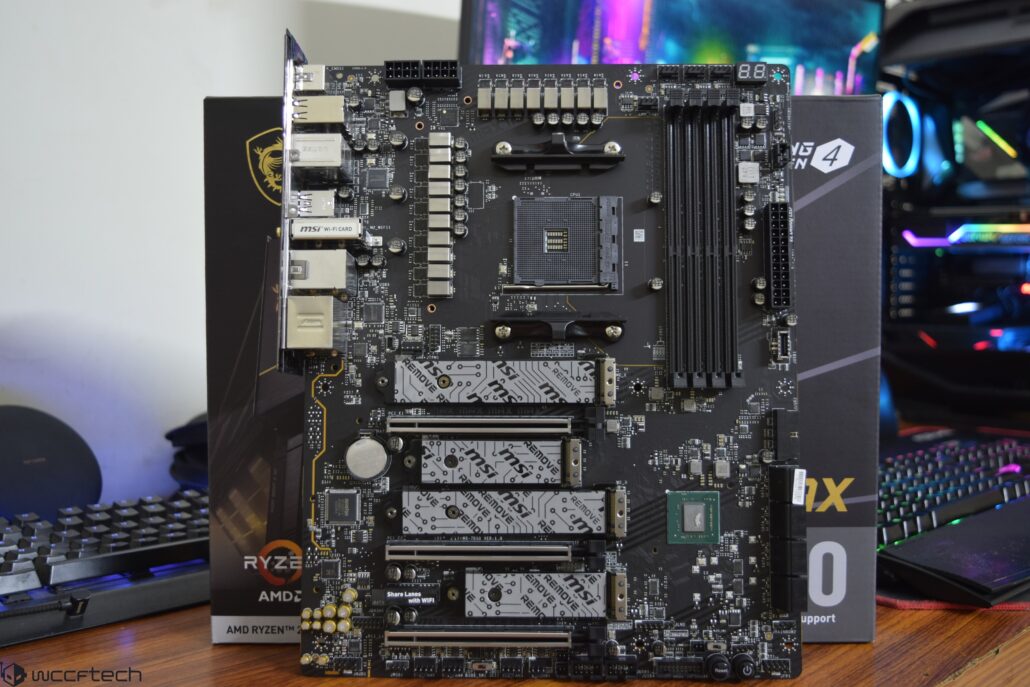