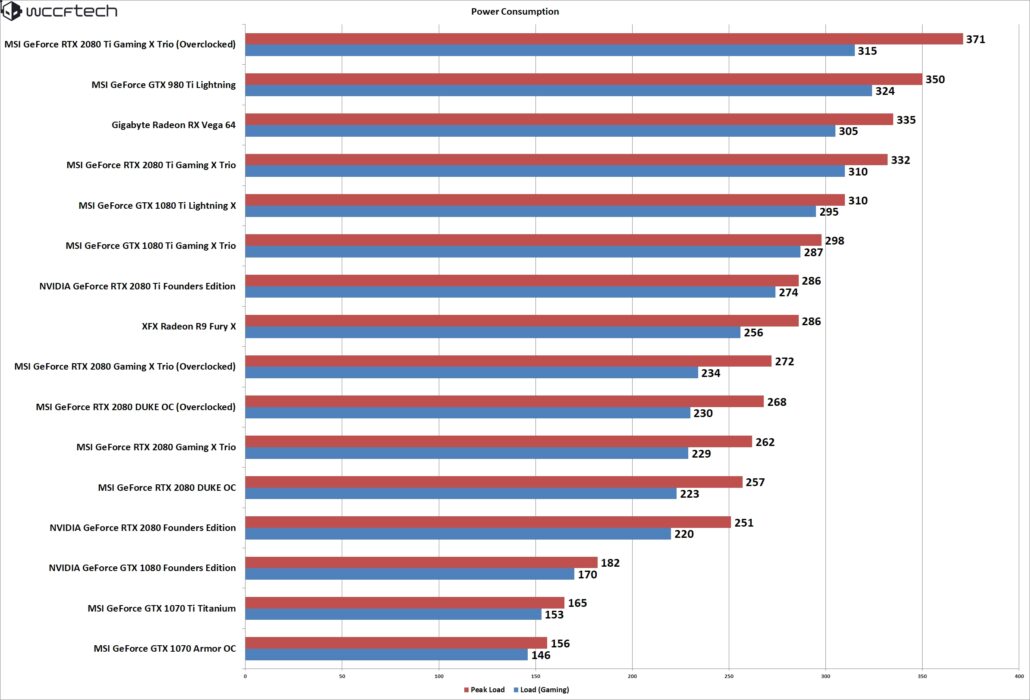 In the case of our MSI GeForce, RTX 2080 TI Gaming X Trio featured two 8 pins and a single 6 pin connector. The system power draw was 330W in stock loads but jumped over 370W when running at overclocked speeds. Same differences were spotted on the RTX 2080 which consumed around 270W (system load) in an overclocked environment.