MSI’s Tri Frozr heat sinks are some of the biggest heatsink cooling solutions that I have ever tested. I first tested the Gaming X Trio when MSI released the 1080 Ti variant last year and that was a very aggressive design in its own right. With the RTX 20 series cards, MSI has further refined the Gaming X Trio design. Both cards measure the same at 327 x 140 x 55.6 mm with the RTX 2080 SUPER weighing in at 1582 grams. The card is also slightly taller at 2.7 slots height compared to 2.5 slots height of the previous model. 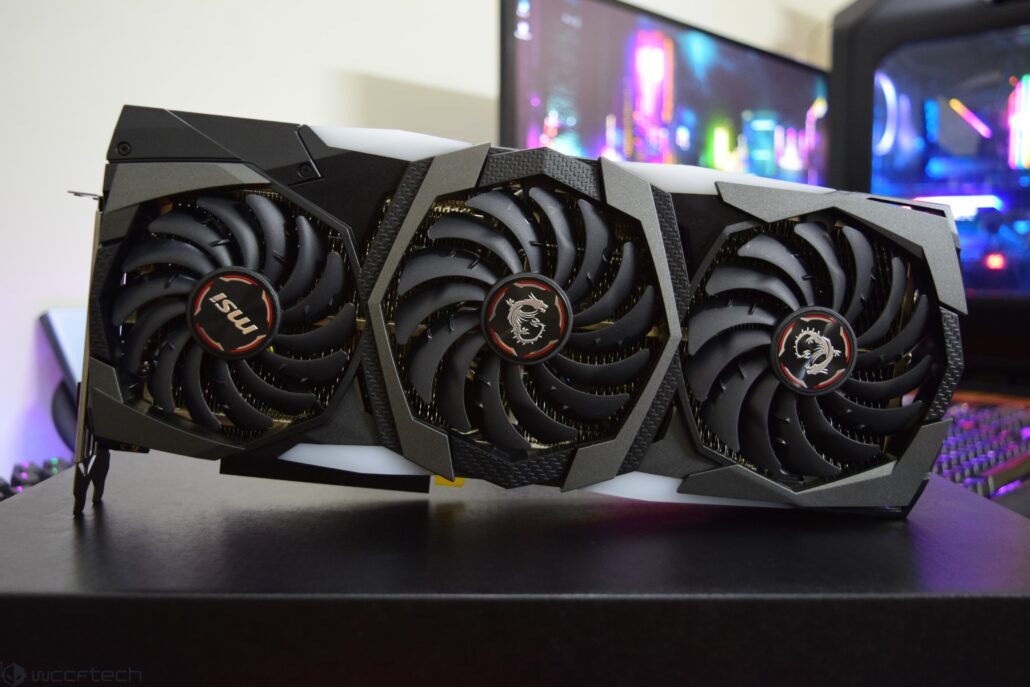 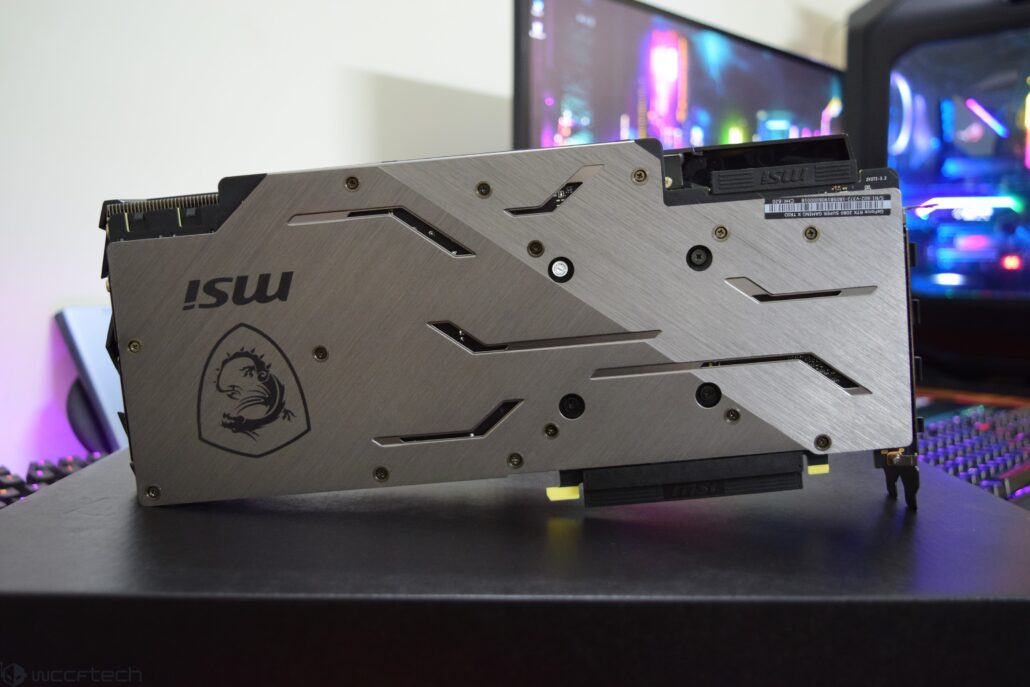 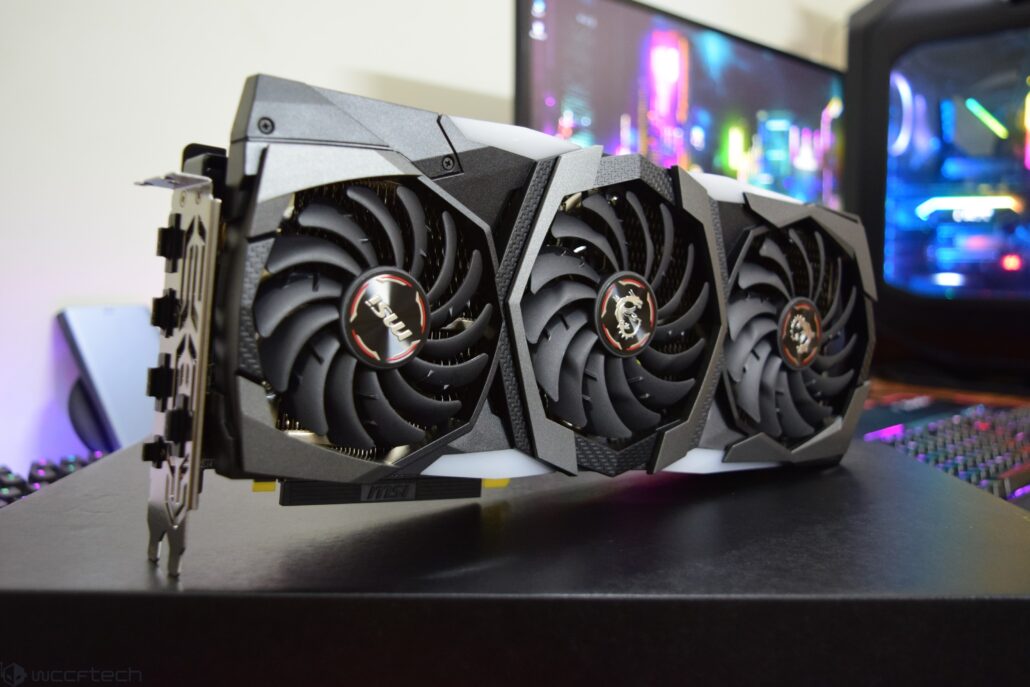 The new heatsink looks like a beefed-up version the Gaming X Trio with the main changes being the shroud and heatsink design that feature an aggressive shroud design on the front, absorbing the black and silver color platelets while featuring the RGB emitting four accent points on the front and the side. 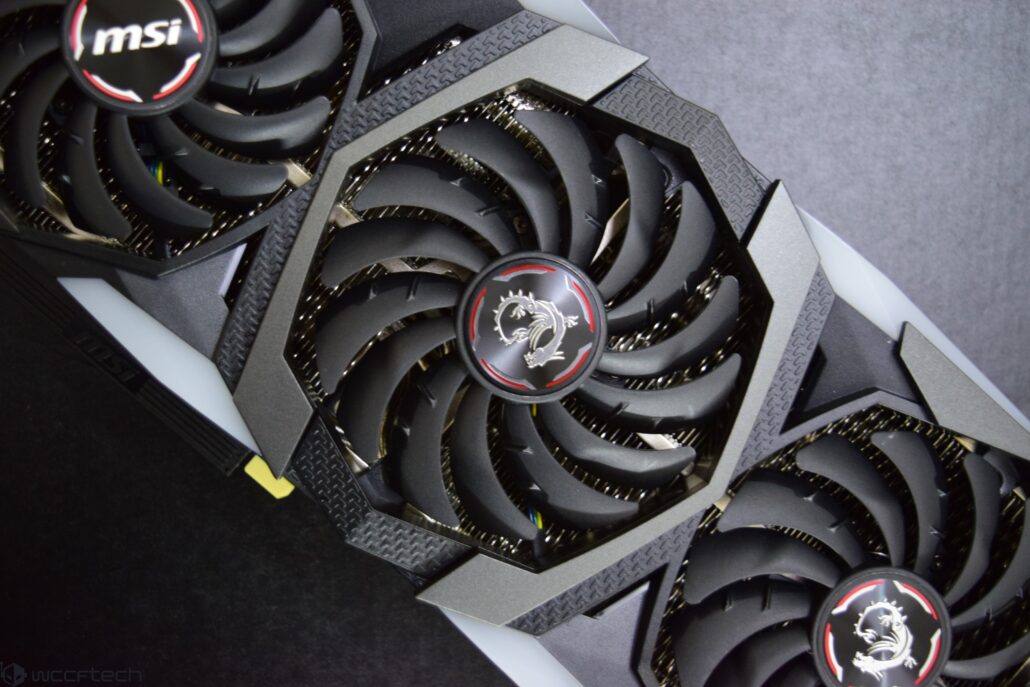 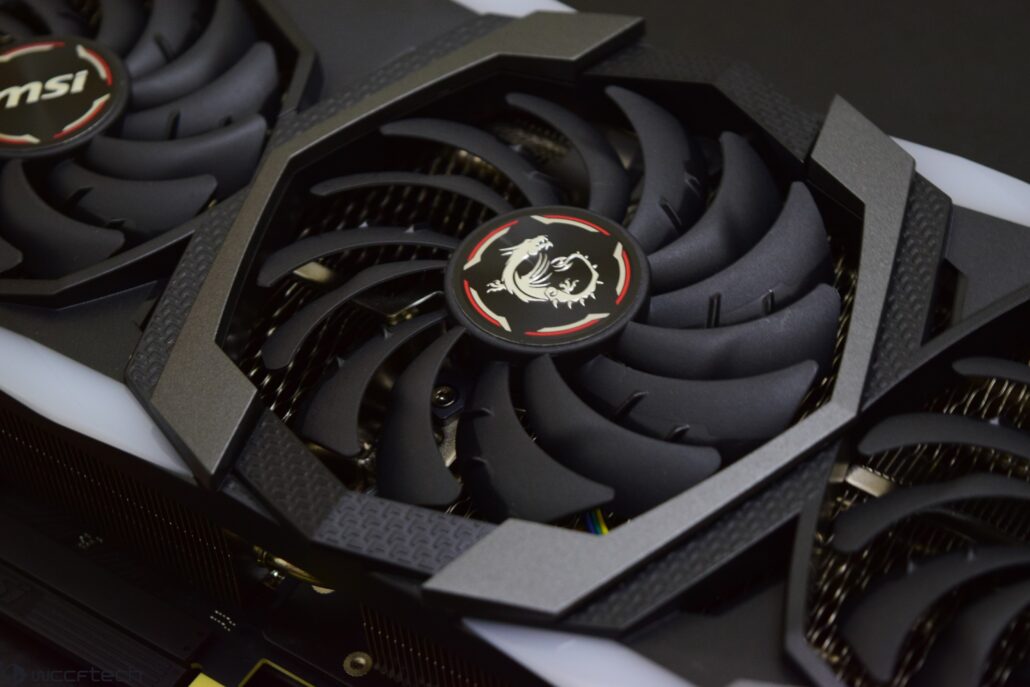 Now you might have noticed an odd third fan on the card which is smaller than the rest of the two fans. This fan was made small to accommodate the NVLINK connector slot on the top. The cover on top of the fan has to be removed if you are to use NVLINK functionality. Aside from that, the third smaller fan offers the same TORX 3.0 technology and the same cooling potential as the larger fans on the Gaming X Trio graphics card. 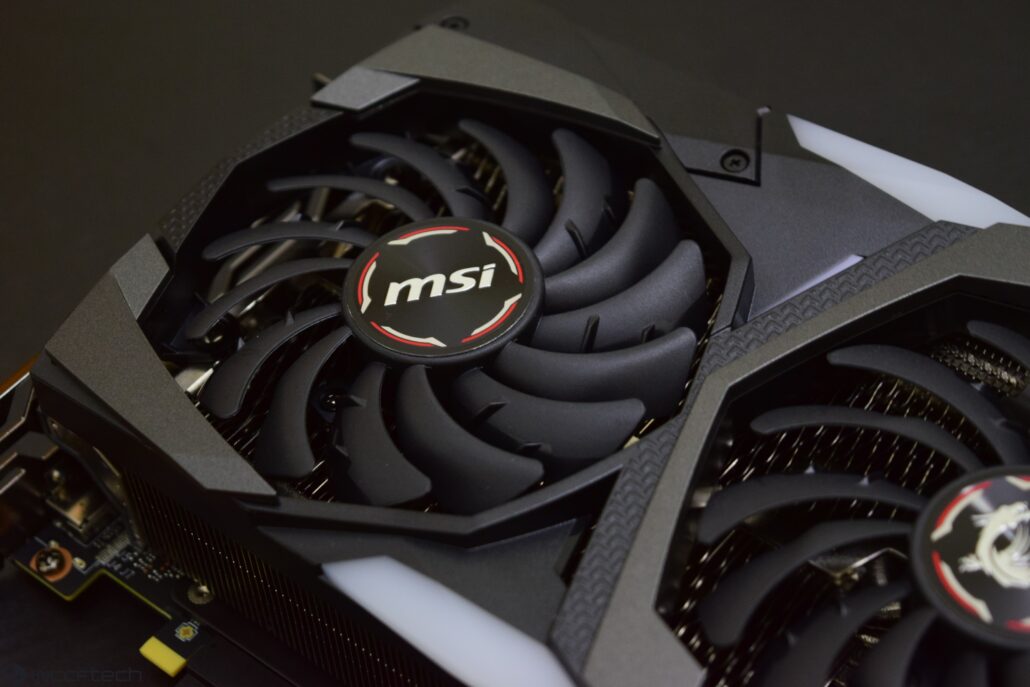 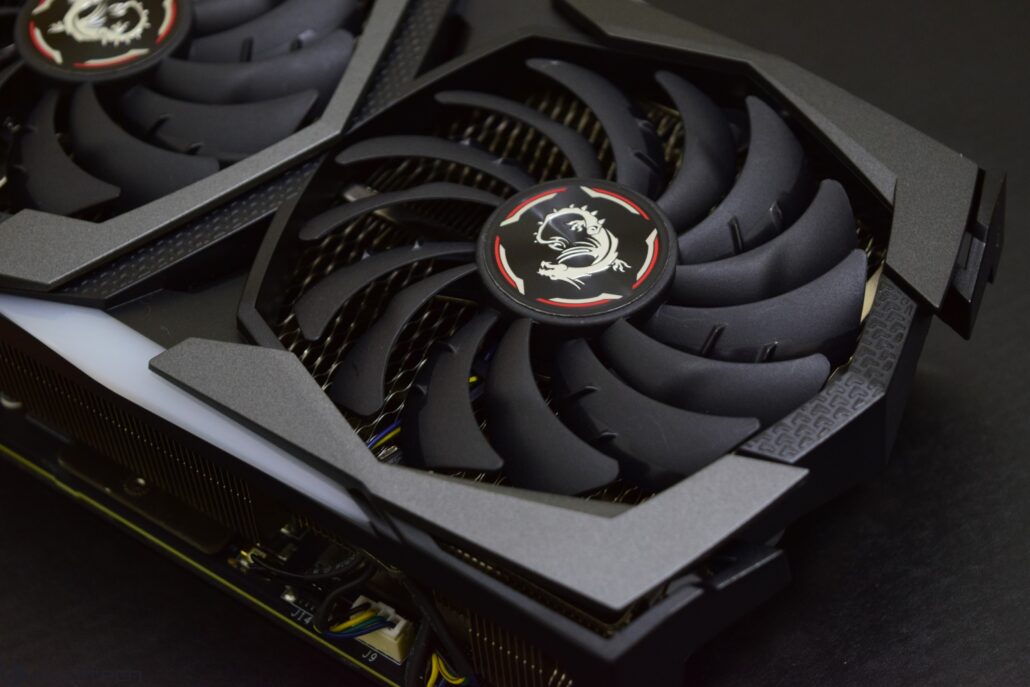 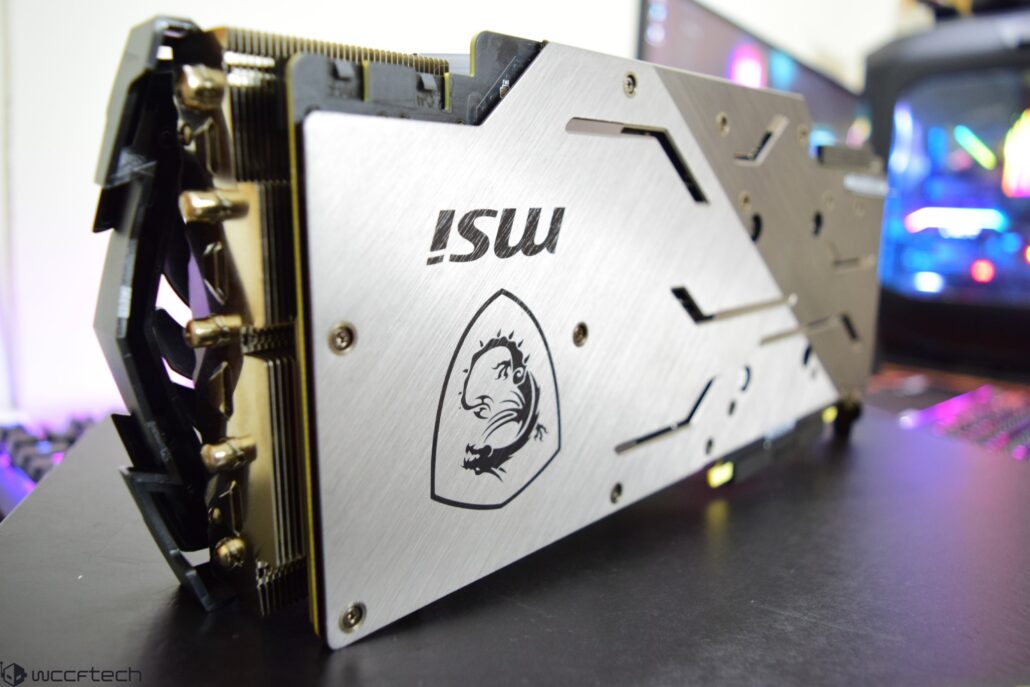 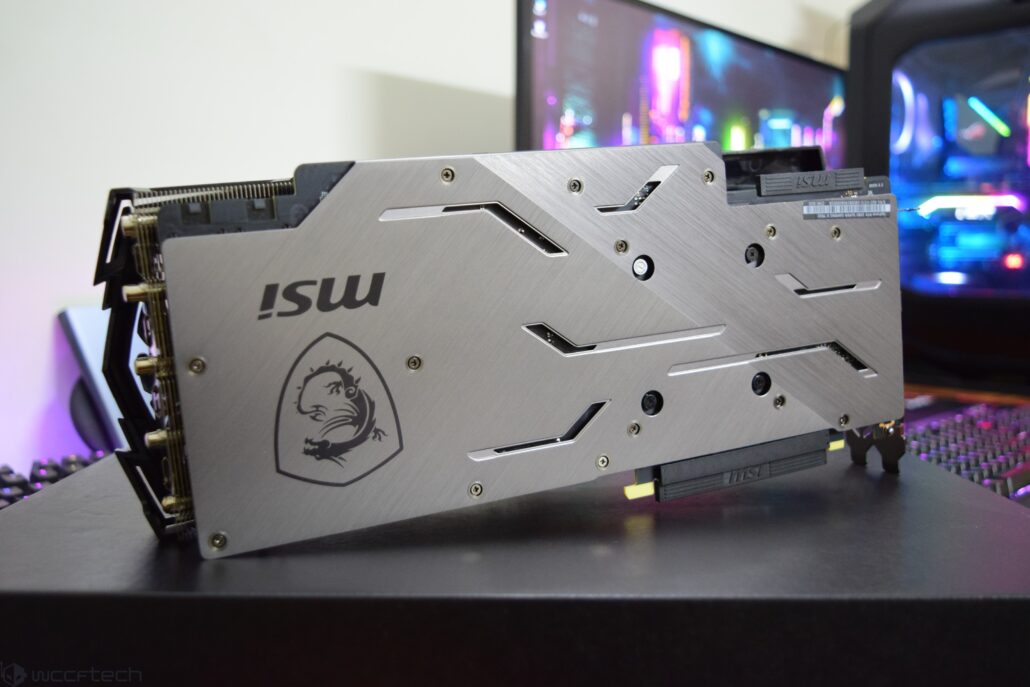 Multi-GPU still isn’t optimized so you won’t see much benefits unless you are running the highest end graphics cards. That’s another reason why the RTX 2070 and below are deprived of NVLINK connectors. The NVLINK connectors cost $79 US each and is sold separately. Currently, only NVIDIA is selling them as the AIB cards don’t include any such connectors but that may change once the standard is adopted widely. 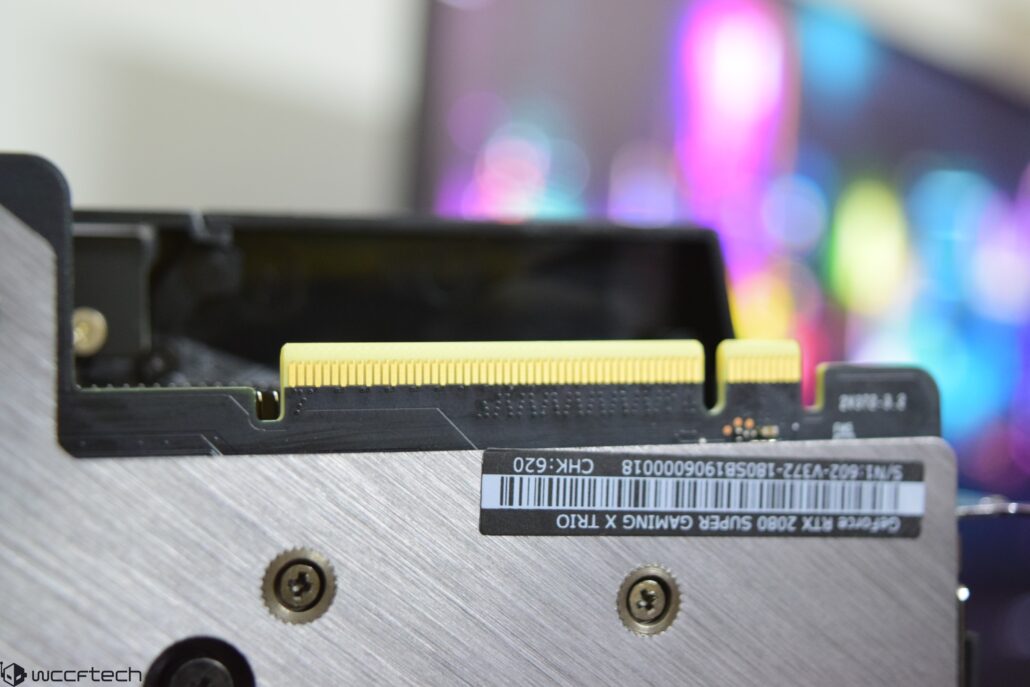 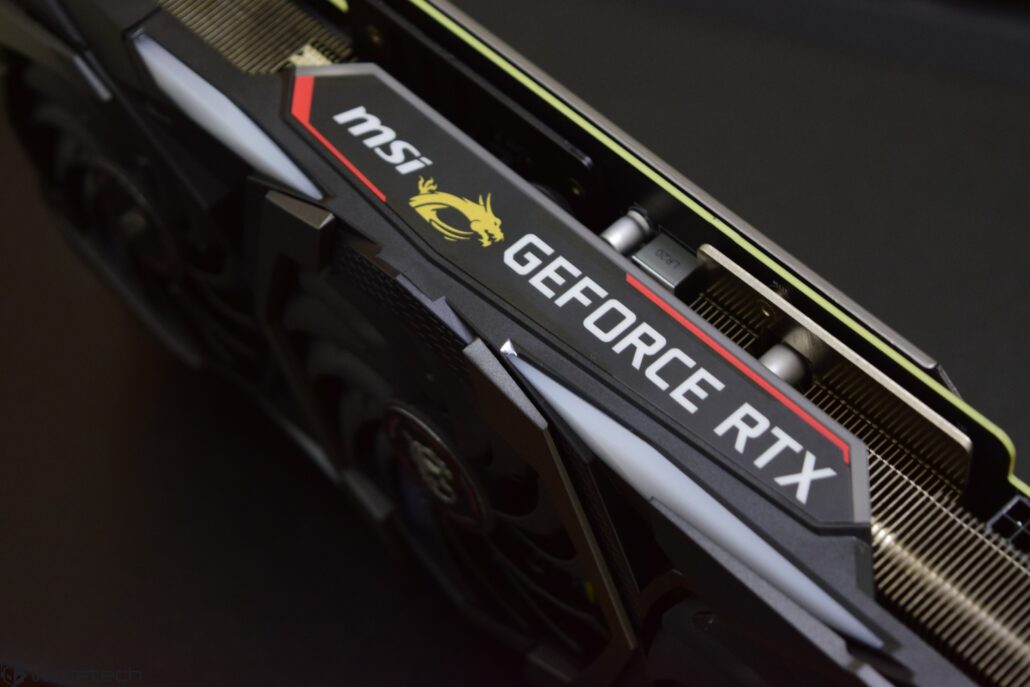 The large fin stack runs all the way from the front and to the back of the PCB and is so thick that you can barely see through it. It also comes with the wave-curved fin stack design which I want to shed some light on as it is a turn away from traditional fin design and one that may actually offer better cooling on such power-hungry graphics cards such as the Turing based RTX 2080 Ti and RTX 2080. 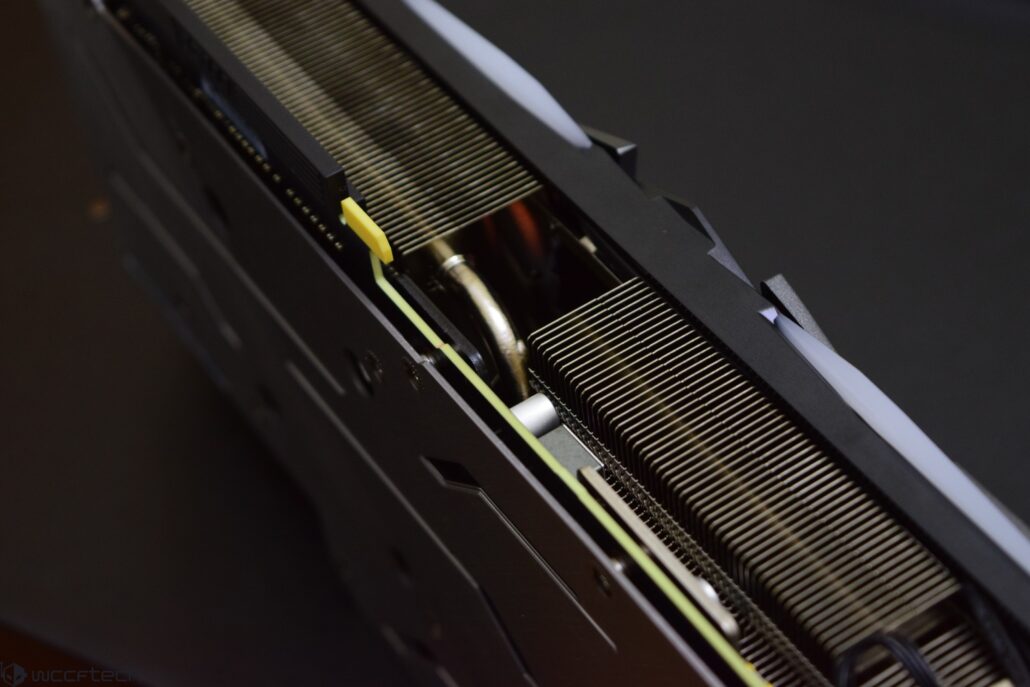 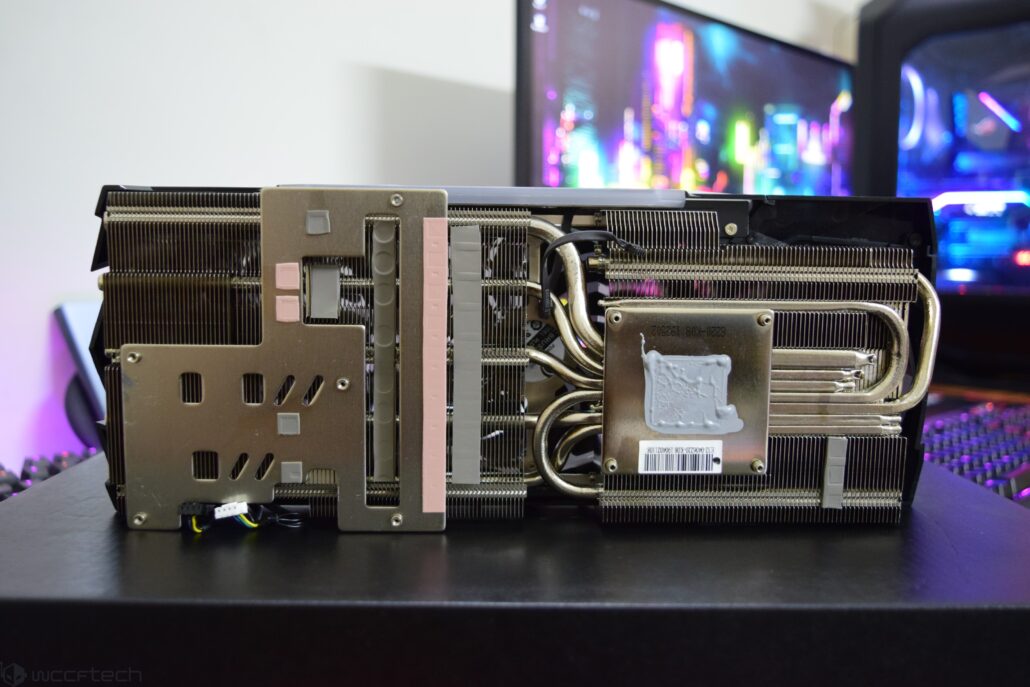 MSI adds extra protection to their impressive PCB by including a rugged anti-bending plate. This also acts as a memory and MOSFET cooling plate while the PWM heatsink with micro fins keeps the VRM cool under stressful conditions. 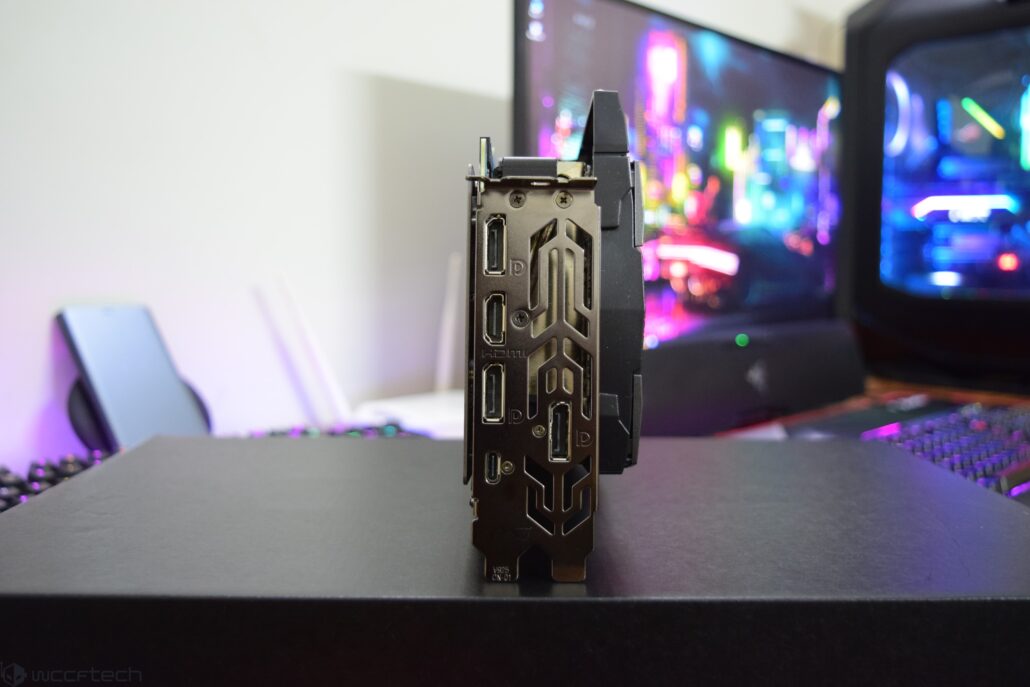 MSI makes use of a 10+2 phase PWM design that includes their Military Class components such as Hi-C Caps, Super Ferrite Chokes, and Japanese Solid Caps. The card also uses the K4Z80325BC-HC16 GDDR6 memory from Samsung that operates at 15.5 Gbps alongside a 256-bit wide memory interface. Now interestingly, these modules are rated to hit 16 Gbps but NVIDIA has toned them down by 0.5 Gbps. The exact reason for this is not stated and DRAM yields don't seem to be the issue here as the 16 Gbps dies have been in mass production for a while. What I have heard is that since the RTX 2080 SUPER uses the same PCB designs as RTX 2080, most AIBs are not going for a PCB revision just to support 16 Gbps dies which is required for stability purposes even though the chips can handle 16 Gbps with ease on a slight overclock.

The MSI GeForce RTX 2080 SUPER Gaming X Trio is a very power-hungry graphics card as showcased by its custom design. Being so, it uses a very power-intensive connector configuration which comprises of dual 8 pin connectors. The card is rated at a TDP of 275W officially by MSI. 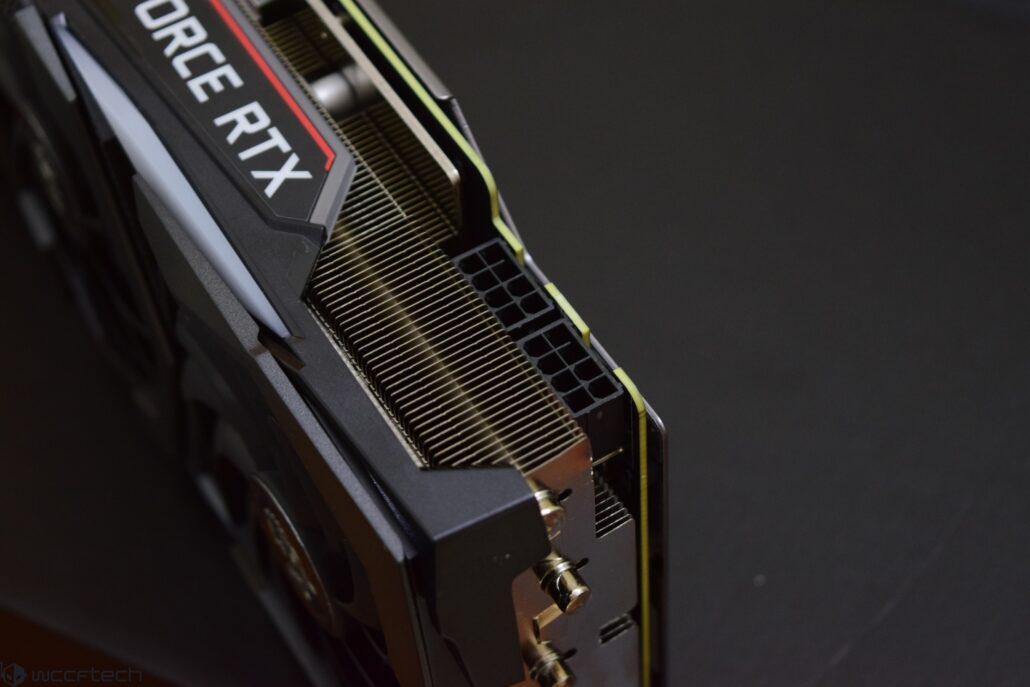 MSI Gaming X Trio series cards utilize their Mystic Light RGB technology to offer you a visually pleasing lighting experience on your graphics cards. There are a total of 8 different RGB effects which you can choose from and the cards have five RGB accent points, four on the front and one light bar surrounding the side of the card which looks really good. You can fully customize the RGB lights to your preference using the MSI Mystic Light application from MSI's web page.