I compiled the power consumption results by testing each card under idle condition and while it was peaking during gaming sessions. Each graphics card manufacturer sets a default TDP for the card which can vary from vendor to vendor depending on the extra clocks or board features they plug in on their custom cards. Default TDP for the GTX 1080 Ti is set over 250W and since we are testing a custom board, the figures can be lower or also exceed the default TDP. 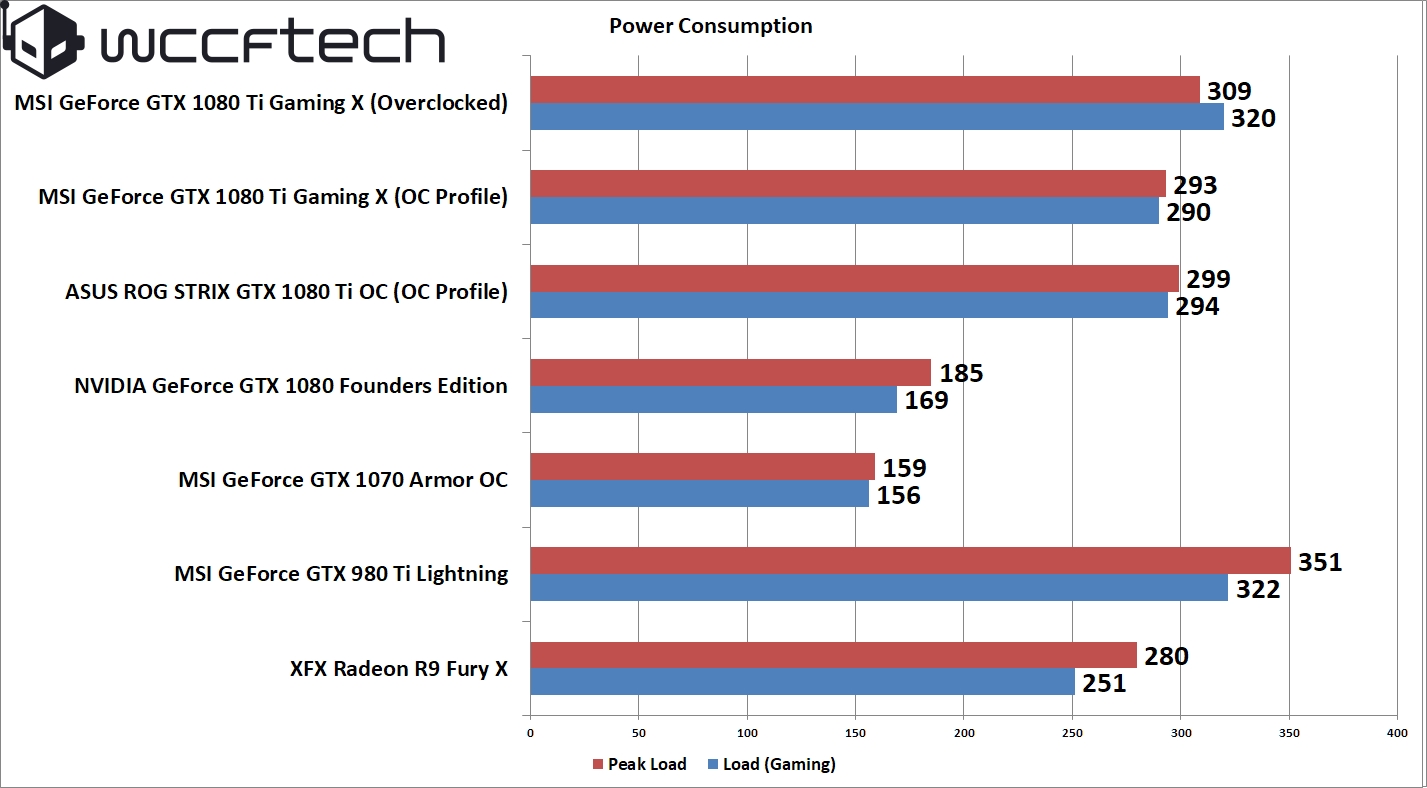