The MSI GeForce GTX 1070 Ti Gaming comes in a large rectangular box. MSI uses an all red color theme to package their Gaming series products and they have become renowned for it. The front of the package features a stylish picture of the Twin Frozr VI embedded card which looks great. 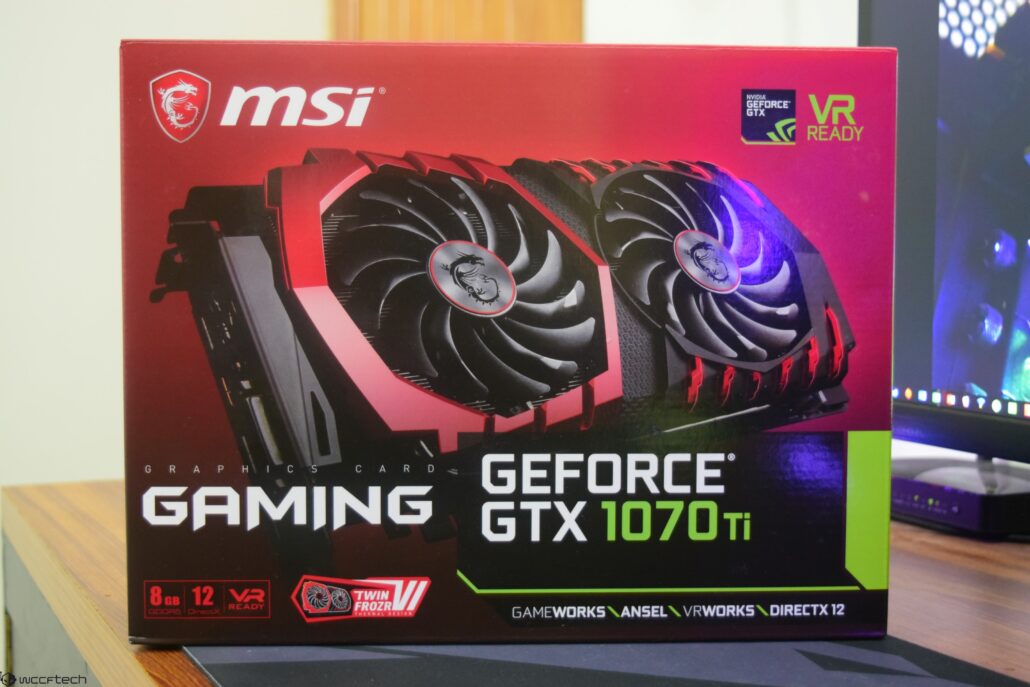 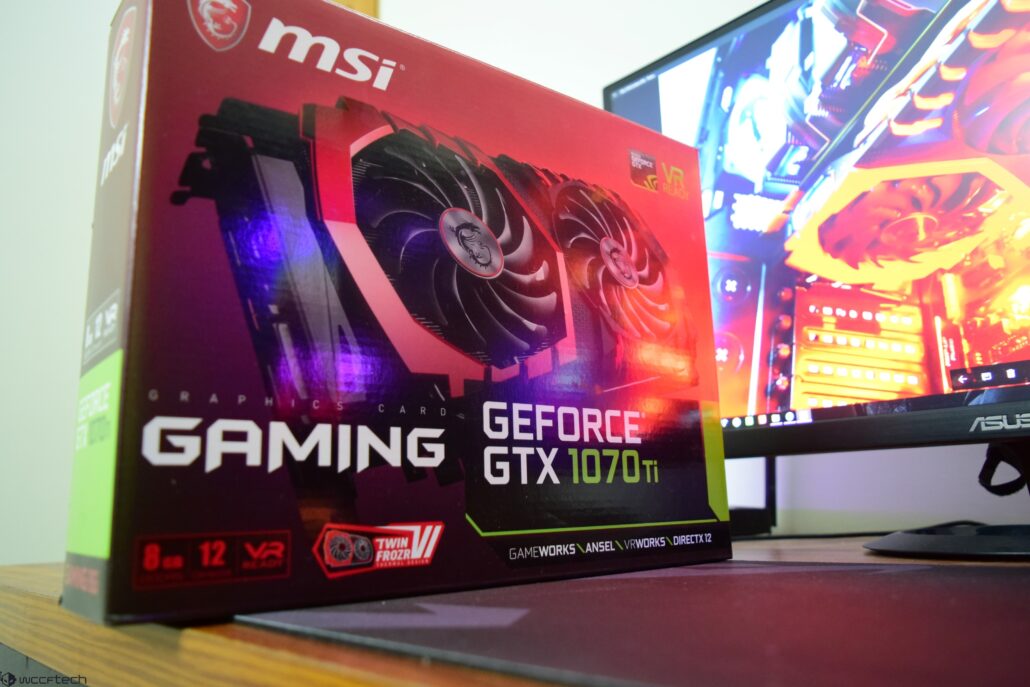 The back side of the box contains an overview of the various features along with the graphics card's specs. Some key information about MSI’s custom LED Lighting through their Mystic LED system is displayed on the box. There’s also a detailed overview of MSI’s Twin Frozr VI heatsink and MSI’s Gaming App. 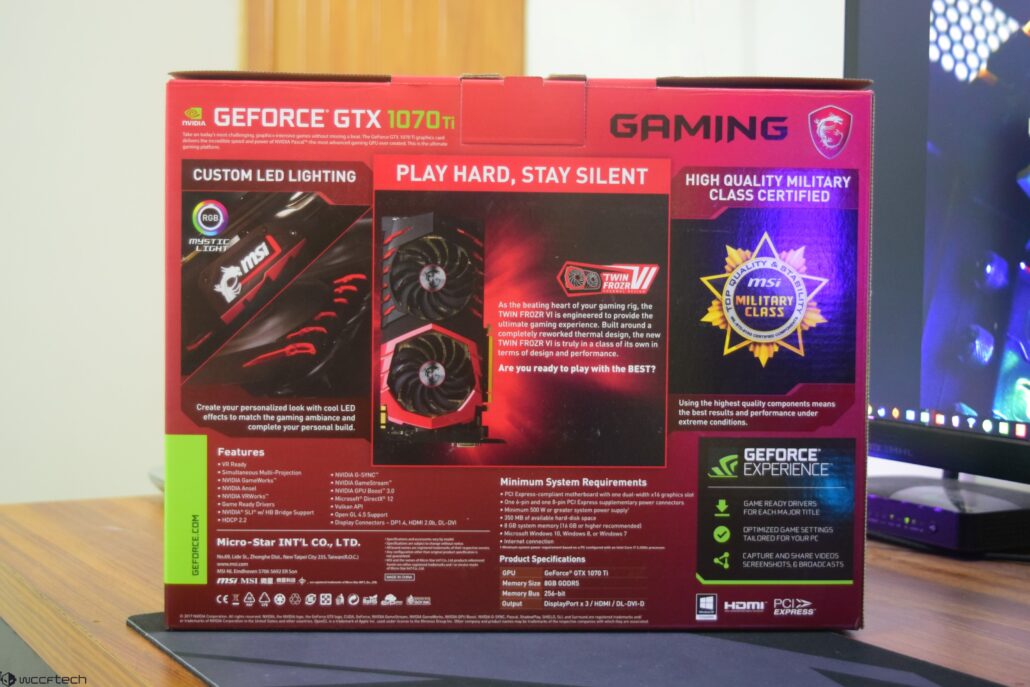 A nice MSI golden card welcomes you as the box is opened for the first time. This contains additional accessories. 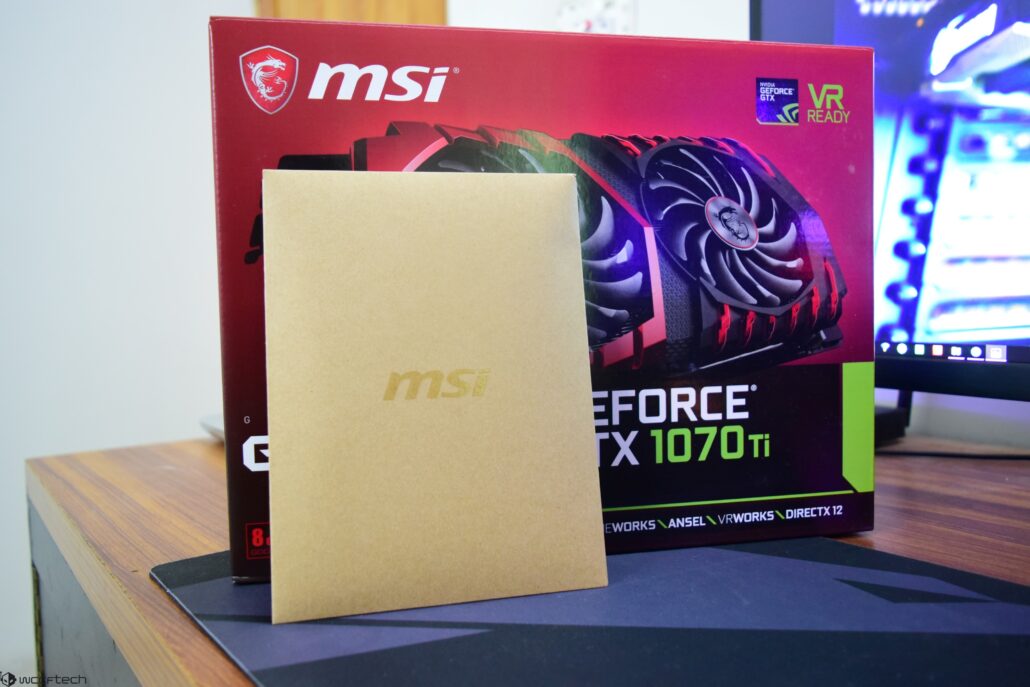 The accessories included in this card are a Quick User Guide, MSI stickers for different features, a “Lucky The Dragon – Computer Workshop” comic and a Thank You card by MSI. The comic is really fun to read and a nice addition by MSI. Lucky has become MSI’s Gaming product mascot and they sell stuffed toys and figures of this comic in various regions where Lucky is very popular. 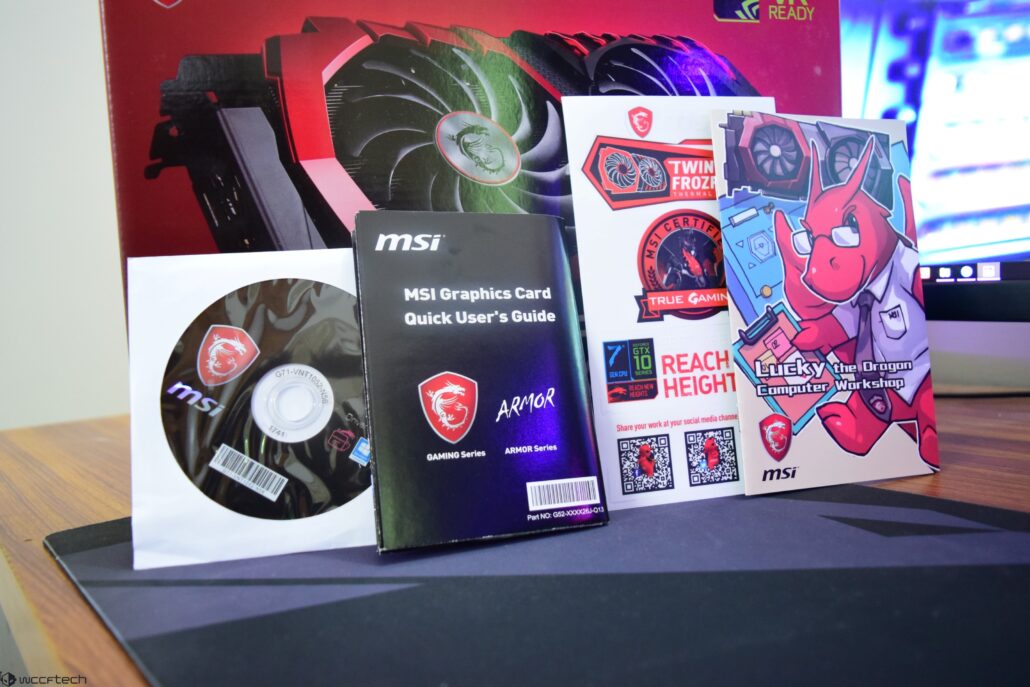 Out of the box, the GeForce GTX 1070 Ti Gaming is one big graphics card. It can be a little bulky for a few cases as its wider than most cards available. That’s about it as far as the package is concerned and we move over to the unboxing section where we will get a detailed look at the card and other aspects of the product. 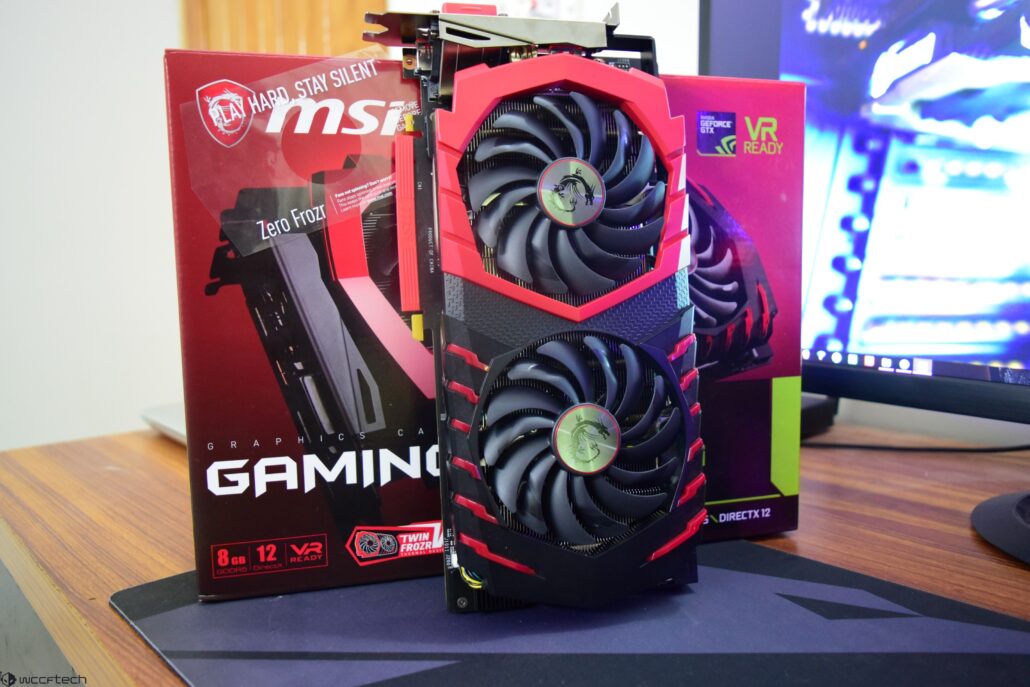