Last year was a significant one for MLB The Show, as Sony’s sports franchise jumped to next-gen consoles and abandoned PlayStation exclusivity all in one fell swoop. MLB The Show 21 was certainly a financial success, selling more copies than any previous entry in the series, but the game wasn’t quite the grand slam it could have been. Sure, MLB The Show 21 was another solid game of hardball, but it wasn’t really a blow away entry visually or in terms of new features.

So, a year later, what is MLB The Show 22 bringing to the plate? Is it the bar-raising update that last year’s game perhaps should have been? Or is Sony’s series already settling into a (maybe overly) comfortable groove? Time to see if this game has its bases covered.

While MLB The Show 21 wasn’t exactly a revolution on the field, it did introduce some welcome improvements, most notably the Pinpoint Pitching system that tasks players with tracing shapes with the right analog stick in order to put the ball over the plate. Fielding was also improved with an array of new animations and moves making playing defense more fun. Well, 2021’s tentative changes now feel pretty ambitious compared to this year’s meager update.

MLB The Show 21 doesn’t introduce any major new mechanics, just small tweaks to existing ones. Batting feels like it’s been buffed a bit with the incessant foul balls of last year toned down and homers feeling easier to hit. That said, Power and Contact swings are harder to exploit, as they’re now less effective against pitches outside of the strike zone. Those who opt for Zone batting controls will also notice some changes to the Plate Coverage Indicator (PCI) reticle, which now dynamically shrinks in size as you move out of the strike zone, giving you a clearer visual indicator of whether you should swing or not. You can also now anchor your PCI reticle to different positions within the strike zone, allowing you to pick off certain pitches more easily. For instance, if you typically have trouble hitting high pitches (guilty) and you think the pitcher is queuing one up, you can anchor your PCI to a higher starting position so you have a shorter distance to go to intercept the ball.

Moving on from batting, some small additions have also been made to pitching, including a few new gestures for Pinpoint Pitching, while fielding is more-or-less identical to last year. Don’t get me wrong, MLB The Show remains one of the most fundamentally-sound sports franchises around. These games capture the back-and-forth dance between batter and pitcher particularly well and can deliver some surprisingly-intense experiences. That said, it’s still hard to shake the feeling this is essentially the same game as last year minus some tinkering in the margins.

MLB The Show 22 hasn’t really been visually upgraded either. The game’s detailed ballparks look good in 4K on PS5, and a few flashier camera angles have been added, but player models and animations remain a step behind most other major video game sports franchises. The game’s new commentary team of Jon Sciambi and Chris Singleton are arguably an improvement, but when “slightly better commentary” is one of your annual sports game’s most-promoted features, well, that’s not a great sign.

Turning our eye to MLB The Show 22’s modes, once again, don’t expect big changes. March to October remains the standout offering, serving up a series of quick challenges that will earn you momentum and increase your chances of winning simulated games. The mode is cleverly designed to let players guide their team through a season without the usual grind required, and is something I’d love to see other sports franchises steal. This year, the only big changes are the option to play multiple seasons and the ability to recruit free agents to your team in the offseason.

The rest of MLB The Show 22’s modes have changed even less than March to October has. The Road to the Show career mode is basically a copy-paste, with the same dreary talking-head podcasts from last year standing in for any sort of real storytelling. Franchise mode was probably the most-improved mode last year with significantly overhauled menus and a handy new depth chart, but some adjustments to the mode’s under-the-hood AI and trade logic is all we get this time around. Meanwhile, the only real update to the Ultimate-Team-style Diamond Dynasty mode is that it feels markedly more grindy than last year. The last notable bullet point to mention is the addition of online co-op, which is certainly a nice thing to have, but not something that’s going to radically change your experience.

And that’s about all there is to say. Again, this is as fundamentally sound a baseball game as you’re going to find, and there’s a ton of content to work through as always, but I find the lack of ambition here honestly perplexing. Did the developers at San Diego Studio really have no other ideas? Is Sony pouting after being forced to take the series multiplatform? Ultimately, I suppose it may not matter. Hardcore MLB The Show fans will keep on swinging, although they might find the feeling of déjà vu hard to shake.

This review was based on a PS5 copy of MLB The Show 22 provided by publisher Sony. 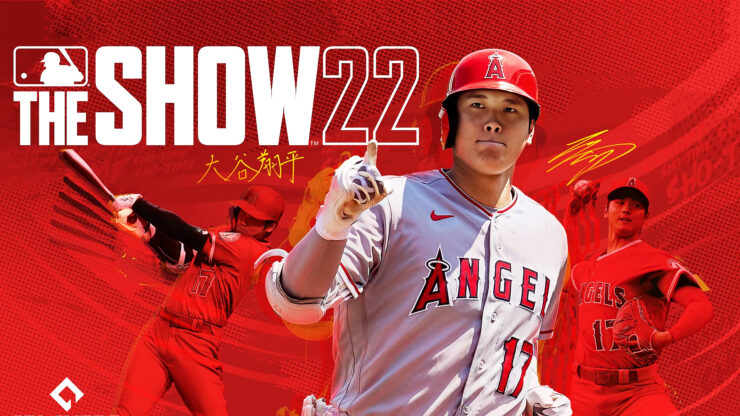 MLB The Show 22 is one of the most conservative annual sports titles I’ve played in some time. Aside from a few minor mechanical tweaks and a handful of ancillary features like online co-op and new commentary, this is essentially the same game we got last year. It’s a shame because the franchise’s core gameplay remains rock-solid, but it’s increasingly difficult to ignore its lack of ambition. Those new to the series can add at least a point to my score, but longtime fans aren’t getting much to cheer for. Ultimate Sackboy Is Heading To Android and iOS