Bombservice and lead designer rdein are back once again with an action RPG that merges the exploration and level design of a Metroidvania title with a unique form of combat. For Minoria, the tale of this young witch hunter is played out amidst a backdrop of sidescrolling Soulslike combat. It may be a spiritual successor to the Momodora series, but interested fans shouldn't have to worry about playing any other titles to get their full enjoyment out of Minoria.

Sister Semilla leads the charge into Ramezia, a town featuring a cathedral that's become home to a number of heretical witches. As a missionary, it's Semilla's task to purge these sinners through means of mortal combat.  Journeying alongside Semilla is another sister named Fran, who while she doesn't fight in the same way Semilla does, offers a bit of companionship and camaraderie during this selfless journey. It's a refreshing change of pace to have a companion in a Metroidvania, and while she doesn't take part in any of the combat, having Fran there as a moral beacon helps to give Minoria a narrative style all its own. All too often, a Metroidvania will just throw the player into an unmapped castle and offer little to the lore beyond some boss fight one-liners. Minoria still falls victim to this trope, but at least Fran is there to shed a little more light on the heretics from time to time.

Minoria's combat has evolved past the basic attacking from the Momodora series and evolves into something more Dark Souls-inspired, or perhaps Blasphemous at the very least. Sister Semilla can slash, block (with a properly timed one leading into a parry), dodge roll, and jump to evade incoming attacks. It isn't innovative in terms of design but fits the mold quite comfortably for what to expect from a sidescrolling action game in 2020. There's a simple stun system in place for the larger bosses that interrupts their current move and leaves them open to attack but you might not even notice it go into effect if you just keep on attacking.

It isn't all swordplay and dodging that makes up Minoria's combat, however. By infusing Sister Semilla with various incenses, she can be equipped with a pair of passive abilities and up to three active abilities that function as subweapons. These range from throwing bones for minimal effect to summoning a torrential rainfall of swords (which does an incredible amount of stun damage to bosses) and explosions. Each incense can only be used a certain number of times before needing to be recharged at a save point but there's no handicap for using one, hopping into the pause menu to switch to another, and repeating until a boss is dead before they can finish their opening salvos.

Be forewarned, running into an enemy is often just as damaging as taking their attack head on and that's where Minoria's combat suffers the most. Unless an attack is parried, the enemy will constantly be pushing forward against Semilla's attacks and only a properly timed dodge roll can save her from bumping into one another. For larger bosses, it isn't uncommon to try and roll away only to get clipped on the edge of their attack animation or something else. The With of Lust, for example, feels wildly inconsistent with when her attacks will actually activate and damage Semilla. Given her size and how short-ranged Semilla's basic attack can be, it's essential to get too close to comfort just to start attacking her. Sometimes you'll be able to pass up against the witch's leg without taking damage, other times you'll take one hit as she prepares an attack, try to move away, and get clipped a second time by the time her attack finishes winding up.

Without any momentary invulnerability against enemy attacks, it's possible to lose all life in only a second or two with ill-timed defenses or positioning. When this happens, you're sent back to the last checkpoint and lose all progression made since, which while the checkpoints aren't spaced too far apart, can be an exercise in patience from being defeated before you can even understand why you're taking damage.

Minoria's exploration is quite simple for a modern Metroidvania. The map isn't particularly large for a game of its nature with frequent gates and progression blockers that often require speaking to a specific NPC, locating a key, or acquiring a new core ability to proceed. All of the primary abilities that Sister Semilla earns in her journey are both useful for traversal and combat equally well. The double jump that's acquired midway through the campaign is tied into an uppercut slash, for example. Ramezia's various areas are routinely locked behind doors that need essential keys and

One of the signature mechanics of rdein’s action games is rewarding the player for flawless performances during boss fights. Much like Momodora 4 and other titles he developed, defeating a boss without taking any damage will often reward the player with unique upgrades. Defeating the first witch you come across, for example, rewards the player with a Frost Incense, a passive upgrade that adds ice damage to every attack. With this ability alone, the player’s damage output is doubled against every remaining in the game and trivializes most encounters. The problem, of course, is learning the boss’ attack patterns and surviving long enough to best them in melee combat without taking a scratch. One of the later bosses confers a Sea Dragon Incense that blocks any one hit taken (and can be recast multiple times) that can be easily utilized for a no-hit victory, and while it isn't essential to complete the game, that small badge of honor and unique reward makes it worthwhile to try and approach each boss fight looking for perfection.

Minoria was the first Bombservice title that I was able to start beating off bosses without taking a lick of damage but perhaps that's because this witch-hunting adventure also happens to be one of the easiest entries so far. Bombservice explores some interesting ideas with the combat and the shift to 3D cel-shading gives the game a particularly intriguing look but Minoria lacks much of the depth that made Momodora: Reverie Under the Moonlight and other of rdein's titles so memorable. 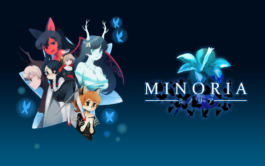 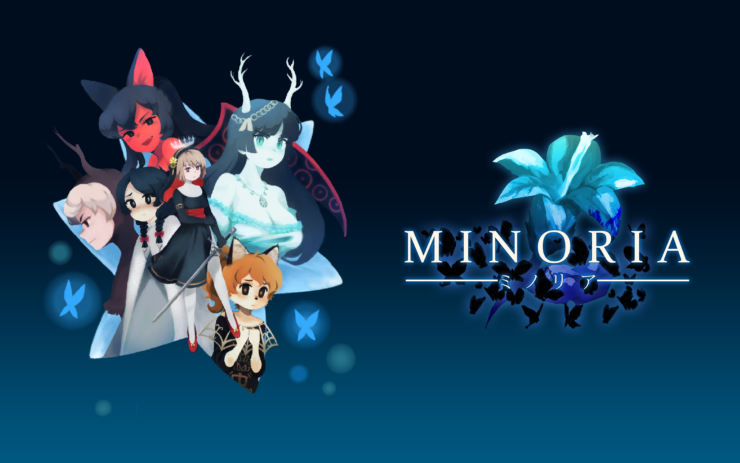 Building off of the success of the Momodora series, Minoria explores a Metrovania-esque cathedral and more active combat that ultimately feels a bit weak compared to Bombservice's other titles.