The Blue Bomber is back. Capcom sidelined Mega Man when series producer and co-creator Keiji Inafune left the company in late 2010, but it seems the passage of time, and success of recent in-house-developed titles like Resident Evil 7 and Monster Hunter: World, has prompted a change of heart. Capcom missed the franchise’s 30th anniversary last year, but they’re making up for it this year with Mega Man 11.

Mega Man 11 would appear to be exactly what fans have been begging for – a continuation of the original series that began on the NES, featuring traditional run-and-gun gameplay and eight themed stages you can tackle in any order, as well as a handful of additions, like the new Double Gear system. Of course, sometimes first impressions can be deceiving. Is this the comeback Mega Man truly deserves, or will it leave fans feeling blue?

The setup to Mega Man 11 is the same as it’s always been – Dr. Wily has corrupted some of Dr. Light’s supposedly friendly (but very obviously dangerous) robots, and it’s up to Mega Man to stop them. You’d think Dr. Light would learn his lesson and stop making so many fire and bomb bots. Aside from a peek at Dr. Wily and Dr. Light during their younger years, don’t expect anything particularly interesting from Mega Man 11’s cheaply-produced story bits.

The budget feeling of Mega Man 11’s cinematics extends to the game as a whole. The game sports a simple 2.5D visual style (polygonal characters and foreground objects over digitally-painted backgrounds), which gets the job done, but doesn’t provide much wow factor. Compared to Nintendo’s recent 2D platformers, or even indies like Hollow Knight or Cuphead, Mega Man 11 looks pretty bland. At least the game’s music is still hummable.

Mega Man retains all his moves from past games – you can take enemies out with rapid-fire shots from your Mega Buster or unleash a charge shot, slide through tight gaps, and call in your trusty robodog Rush to reach higher ledges. Controls mostly feel true to the classic games, although sometimes they aren’t as responsive as they should be. The occasional jump won’t register properly, and I often found myself getting stuck on scenery when trying to jump through tight gaps. Overall, I’d say the controls are good, but Mega Man games should have great controls.

The big addition this time around is the Double Gear system – players can activate the Power Gear, which amps up attacks, or the Speed Gear, which, contrary to its name, activates a slow-motion effect. Overuse either and Mega Man will overheat, leaving the Double Gear system inaccessible for a few seconds. When low on life, you can also activate the Power and Speed Gears at the same time, although doing so will automatically cause Mega Man to overheat. The Double Gear system works well enough – it feels like a somewhat dumbed-down Platinum Games mechanic – but I wouldn’t say it adds much to Mega Man 11. I would’ve mostly ignored the system, but the game regularly presents challenges that pretty much require the Speed Gear (the Power Gear, on the other hand, can be completely shunned).

Mega Man 11’s level design is a mixed bag. Block Man, Fuse Man, Blast Man, and Impact Man’s stages have that proper old-school feel. They’re challenging, but not overly frustrating, and learning their ins-and-outs is absorbing. Unfortunately, the rest of the stages are duds. Acid Man’s stage will have you spitting bile with its swarms of tiny spider enemies, infuriating underwater sections, and instant-kill spikes. Bounce Man’s gimmick-filled stage feels like something out of a Sonic game, except with Mega Man’s unforgiving level of challenge. And it goes without saying Tundra Man’s stage is a mess – ice levels almost always suck. Even the good stages have issues, with almost all of them being about 30 percent too long.

If you haven’t played a Mega Man game in a while, or at all, you may be in for a rude awakening. I played through Mega Man 11 on Normal difficulty, and it took me a while to get used to the game’s merciless challenge. This is a brand of difficulty you don’t see often anymore – recent “hardcore” platformers like Super Meat Boy, Celeste, and Donkey Kong Country Returns focus on agility and finding the proper rhythm, while Mega Man is all about combining hazards and enemies in devious, often borderline unfair, ways. Old-school players will get their groove back eventually, but I can see newcomers struggling.

Mega Man 11 does provide multiple difficulty levels (Newcomer, Casual, Normal, and Superhero), which determine enemy damage, how many lives and checkpoints you get, and the layout of some of the game’s trickier sections. Newcomer difficulty will even save you if you fall in a pit. So, yes, a range of skill levels are supported, but, unlike many modern platformers, you can’t change the difficulty on the fly. You’re locked into whatever difficulty you choose at the beginning of the game – if you’re looking for something easier or harder, you’ll need to start a new save file. A rather dated approach.

Of course, Mega Man 11 also suffers from the series’ classic backward difficulty curve. Whatever stage you decide to tackle first will probably be the one you die the most on, as you’re forced to beat it with just your basic Mega Buster. By the time you get to the final stages, you’ll have built yourself into a borderline game-breaking beast with a full lineup of Special Weapons and improvements from the shop. Oh, and this game’s Special Weapons are particularly poorly balanced – Block Man’s weapon, which causes a crushing barrage of bricks to tumble out of the sky, makes half the game’s bosses a walk in the park. Meanwhile, Bounce Man and Tundra Man’s weapons are mostly useless.

Like most old-school platformers, there isn’t actually that much to Mega Man 11 – you could, technically, finish the game in around 90 minutes, although the game’s difficulty extends things. Personally, it took me around 10 hours to wrap things up on Normal. The game also includes a variety of challenges (complete a stage within a certain time limit, while collecting balloons, etc.) Those looking to test themselves should be able to play until their thumbs are blue.

This review was based on a PS4 copy of Mega Man 11 provided by publisher Capcom. You can purchase the game on consoles via Amazon or PC via Green Man Gaming. 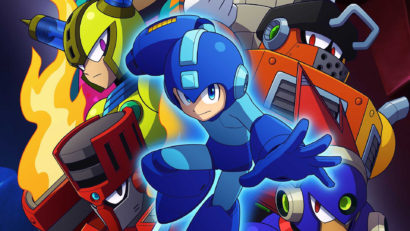 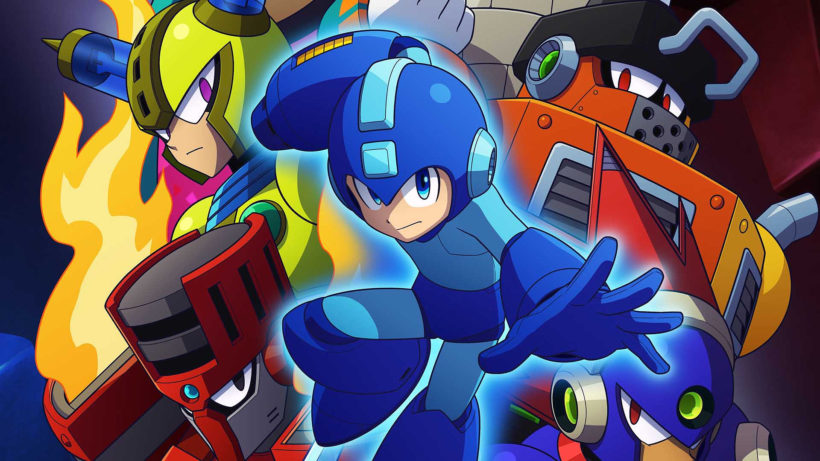 It seems Capcom ran out of inspiration partway through making Mega Man 11, as only half the game’s stages, bosses, and Special Weapons are up to series standards. There’s some old-school fun to be had with the Blue Bomber’s latest if you can ignore the bad stuff, but given the eight-year wait, this feels like a Mega misfire.