While the Yakuza series has always been somewhat popular in Japan, it hasn't initially been as successful in the West, as it took some time for Western players to warm up to the yakuza Kazuma Kiryuu and his story. The latest entry in the series, Yakuza: Like a Dragon, has changed the series considerably, doing away with the brawler style combat system in favor of a turn-based combat system, so fans of the classic combat system had no choice but turn to Judgment, a spin-off of the series which retained everything that made the previous Yakuza games so engaging (including the combat system) while following a very different main character: former attorney turned private detective Takayuki Yagami. The original was so well received that Ryu Ga Gotoku Studio went ahead with a sequel that improves pretty much everything without shaking the formula in any major way.

Lost Judgment stars Takayuki Yagami once again. Continuing to work in Tokyo's Kamurocho district with his partner, former yakuza Masaharu Kaito, Yagami finds himself assisting his former colleague Saori Shirosaki and the Genda Law Office on a very complicated case. Akihiro Ehara, a working policeman who was arrested for a sexual harassment incident, suddenly revealed during his trial that 22-year-old Hiro Mikoshiba, a student-teacher at Seiryo High School in the Ijincho district in Yokohama, has been killed, and his body has been left in an abandoned building. The victim apparently bullied his son Toshiro, bringing him to commit suicide four years before the game's events.

With an alibi that is as solid as it can get, Saori Shirosaki, Akihiro Ehara's lawyer for the sexual harassment case, has no other choice than seek Yagami's help. Together with Kaito, the attorney turned private investigator starts investigating the matter, leading him to discover how matters are possibly even more complicated than what they look like.

Like in the original game, the story is truly the star of the show in Lost Judgment. The tonal shift from the Yakuza series works just as well in the new game as it did in the original, making it almost feel like a TV show, which is further highlighted by the short summaries shown between chapters. The story moves at a great pace, dealing with themes like the flaws of the Japanese judiciary system and bullying in a pretty mature way, constantly adding more layers to the starting mystery in such a way that it keeps players glued to the screen for the entire duration of the story (around 30 hours long).  The side cases, on the other hand, are considerably more light-hearted and work great to balance out the story, which does get pretty dark at times.

Characters are just as great as the story is. Takayuki Yagami is obviously the star of the show, with his internal monologues adding more depth to the character, providing great insight on the character's amazing investigative skills, but every other character that is central to the plot is just as well developed. Alongside returning characters like Masaharu Kaito, the Genda Law attorneys, Fumiya Sugiura and Makoto Tsukumo, who have opened their own detective agency in Yokohoma, Lost Judgement features a wealth of new characters that just as loveable, like the troubled teacher Yoko Sawa, the Ichijo handyman Jin Kuwana and some of the students of Seiryo High School.

While the story is markedly different from the original, tackling a set of new themes, Lost Judgment doesn't feel that different when it comes to gameplay, introducing some new elements that work great without bringing any major change.

In the game, players control Takayuki Yagami as he explores the districts of Kamuracho and Ichijo while searching for new elements for the main case, complete side cases, eat at restaurants, and engage in a wealth of side-activities ranging from playing games at the arcade, challenging NPCs at Shogi, enjoying a VR-powered board game and so on. All these activities are completely optional, but they serve quite nicely as a diversion from all the investigation and the street fights Yagami will get involved in during the course of the story. More diversion is provided by The Gauntlet, a separate play mode that presents a variety of combat, parkour, and stealth challenges, as well as boss rematches.

The investigation gameplay mechanics are not all that different from those seen in the original. Quite often, Yagami will have to tail people without getting discovered, analyze scenes with his superior observational skills, use a variety of gadgets to find clues, and so on. All these mechanics are extremely intuitive, and it does not take long for newcomers to get used to them. Additionally, Lost Judgment also introduces Parkour mechanics, whose addition makes quite a bit of sense in the context of the game: when you control a gifted private investigator like Yagami, it does make sense for him to start climbing buildings to gain access to otherwise inaccessible locations. The game also introduces new investigative mechanics quite often, making the experience feel fresh for pretty much the entire duration of the main story.

On the surface, combat has changed even less than investigation in Lost Judgment, but appearances can be deceiving. Pretty much every mechanic seen in the original's brawler style combat has been expanded and improved: street thugs now engage Yagami faster around the city, there is an additional fighting style, the Snake Style, which focuses on smooth movements, parries, and forcing enemies to surrender with the EX Surrender actions, style switching is much smoother, skills are available in considerably greater number, EX Actions are flashier and more varied and so on. The great thing about this beat'em up-meets-action-RPG combat system is that it can be as simple or complex as the player desires: at normal difficulty, there is no need to learn advanced mechanics to win most fights, but those who want to delve deeper into the combat system will find it extremely rewarding, as all the tools available to the player, including the many skills that can be unlocked via the Skill system, all have their unique uses.

While Lost Judgment fully delivers when it comes to story and gameplay, the visuals does leave a little to be desired. It's not that the game looks bad, mind, but it's clear that it is a cross-gen title, as character models generally look ok, but locations feel little barebones compared to them. The PlayStation 5 version of the game comes with two different display modes that favor either resolution or performance, but I think Lost Judgement has to be played at 60 FPS, given its action combat system. 4K resolution makes the game look better, but when the action starts feeling sluggish, the higher resolution is definitely not worth it.

The PlayStation 5 version of Lost Judgment also features DualSense controller support, using haptics during exploration, combat and cutscenes, and some very light adaptive triggers implementation, such as when firing with the drone. Like for most titles available right now on the console, DualSense features are not exactly game-changing, but they do make the experience feel more immersive.

Lost Judgment may be an iterative sequel, as Ryu Ga Gotoku Studio chose to improve and expand on the features introduced in the original instead of completely revolutionizing the formula, but I don't think many are going to complain about the lack of innovation, thanks to the great story and characters that will surely keep players glued to the screen from beginning to end. 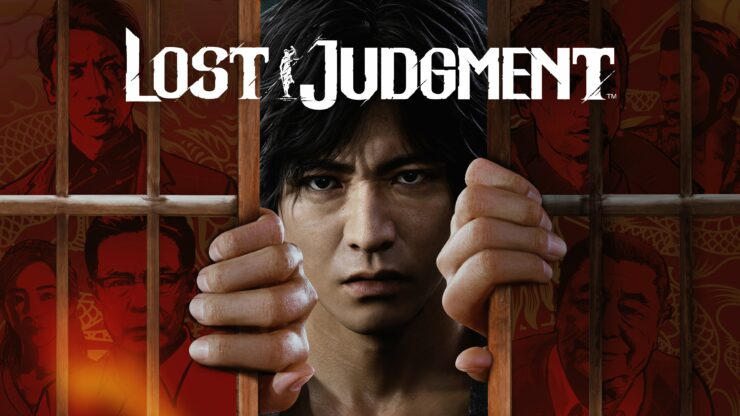 Like a Dragon: Ishin Was Considered to Be Impossible to Localize; Will Not Feature English Dub

Like a Dragon Gaiden: The Man Who Erased His Name Announced for PC and Consoles