When I heard that Ryu ga Gotoku Studios were turning their hand to a detective game with Judgment, I was instantly sold. Anyone that has played a Yakuza game before was likely sold, too. The Yakuza games are all cult classics, each with a high bar for quality, and a wonderful sense of humor so rarely found in large game releases. And now that I've finally been playing the game, I find that it is wonderful, loads of fun, and even exceeds its predecessors in some ways. But then, it also feels very familiar. Too familiar.

I feel guilty, but I'm going to begin this review with a complaint. I have officially seen Kamurocho and walked its neon streets too many times. I've played Yakuza 3, 4, 5, 0, Kiwami, Kiwami 2, (6 is in my backlog, okay) and I have officially seen enough of Kamurocho. I loved visiting the orphanage in Yakuza 3 and Sotenbori in Yakuza 0, and I honestly want new environments and new worlds in my Yakuza games.

In fairness, I totally understand why they are using Kamurocho again. The city has evolved with the series and now looks better than ever, and always evokes that part of me that wants to be a digital tourist. There's something about the pacing and environments in Judgment that makes me want to stop, slow down, and just walk the world at my own pace, wandering into restaurants and shops just to see what I can find. In Judgment, more buildings than ever before feel open to the player, though that doesn't always guarantee there will be something to do. The world is beautiful and homely, and I still marvel at the neon reflections bouncing off of puddles on the floor, but I've seen enough from this city.

Luckily, RGG Studio once again revitalizes Kamurocho for Judgment with the cast of characters that inhabit it. Yakuza games are well known for having endearing, humorous side quests in which a bunch of eccentric personalities comes to life, and it's no different here. In many ways, Judgment is being seen as a Yakuza spin-off, but that really isn't the case. The feels as fully fleshed out and interesting as a full, brand new Yakuza title.

Things have been streamlined though. Side missions don't pop up as often, and much of the odd humor and moments feel as if it's been shifted into the main campaign. You will often be forced to undertake a small task before you can continue with the story, the kind of tasks that side missions were designed for. There are still side quests of course, but they're usually more contained within friendship with citizens. Frequenting stores and meeting people will boost a friendship rating, and how well known you are within the city. This will bring around all manner of kooky side quests, making them easier to hunt down since friends are listed on the world map, but perhaps less organic in the way you go through them.

But you're primarily here for the main cast, not the side quests, and Yagami's band of merry men are a wonderful bunch of guys to get to know. Yagami's primary tale is one of redemption, proving he was right for defending an alleged murderer as a lawyer years before. Now after having stepped down from being a lawyer following the event, Yagami does jobs as a private eye, investigating everything from murder charges to cheating spouses. Oh, and he's behind on his rent.

The main story and Yagami's tale is honestly the most interesting story I've seen from a Yakuza game for some time and was a massive highlight of Judgment for me. Yagami's perspective, experience, and character arc all feel refreshing for a fan of the series, and I can only hope they continue this incredibly strong writing.

Seeing Yagami getting tied up in Yakuza hijinks is sometimes funny, sometimes exciting, and always entertaining as the story takes you from location to location across Kamurocho, where you beat some fools down and investigate for clues. Combat in Judgment is taken straight from the Yakuza playbook, with Yagami having two combat styles to choose from, loads of weapons to pick up, and dozens of skills to unlock and upgrade. You can pretty much play through the entire game with minimal knowledge of how the combat works, while just upgrading your skills, though players who enjoy a deep combat system will find much more to dig into.

I complain about the world, and I've seen so many elements before, but I still got sucked into Judgment. The story and characters were a massive highlight for me, while the combat and world were pretty much what I expected. This surpasses some of the mainline Yakuza titles in terms of quality, absolutely, though dedicated fans of the series might miss the trials and tribulations of the evolving Tojo Clan. 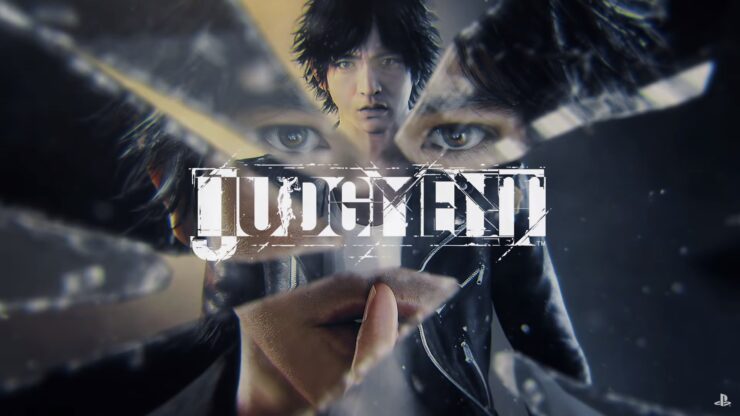 Judgment is an excellent Japanese adventure that feels incredibly familiar, yet engrossing all the same. With Judgment, RGG Studio has managed to create an excellent entry point for the Yakuza series, and a fantastic standalone adventure. While it's familiar to myself and Yakuza fans, if you're new to the series this might just be the very best place to start. A wonderful, though sometimes slow, adventure from beginning to end.