During CES2019 while visiting the Lian Li suite we got to take an early look at their upcoming TU150 ITX case.  This would be the much-desired update to the TU100 that has been with us for quite some time.  While the TU100 embodied the very nature of small, compact, and portable, it was indeed time to bring a change to the line with something more accommodating and some new creature comforts.

In this video I go through the ins and outs of the TU150, but down below we have more detailed pictures pre and post-build process to give you a better understanding of what the TU150 offers.

The primary sides of the TU150 are wrapped in all aluminum, while the motherboard tray side is accompanied by a 3mm thick tempered glass panel with a well-placed vanity plate to hide the PSU as well as a top-mounted 3.5" HDD if you so choose to install one. The side panels, along with the top and front, are secured by a ball and socket retention mechanism that removes the need for screws on any of the panels making installation and removal exceptionally easy.  The front, while appearing to be restrictive and solid, has excellent ventilation along the sides and the bottom allows for airflow to be pulled through to the one (unpopulated) front filtered 120mm  fan mount.  The backside of the motherboard tray has a bit of room for cable management right along the area that you would install a 2.5" drive.

The bottom of the case has room for a pair of 120mm fans but lacks an included fan filter.  Seeing as how the main chassis of this case is steel a magnetic dust filter could have been a big win in this department.  The top of the case acts as the main cable management area as well as the mounting points for the hanging 3.5" drive point.  The biggest complaint I have with this area is the cutout for the drive cables is ideal if you're using a 2.5" drive, but not so great if you go with a 3.5" up there.  There are plenty of cable tie-down points so that your rat's nest doesn't get out of hand.  The retractable handle tucks away nicely and pops up with ease thanks to the spring-loaded design, however, the handle and surrounding areas will start to show wear sooner than desired.  The top I/O featuring two USB 3.0 ports, a single USB 3.1 Type C, as well as audio/mic in/out and a power and reset button round the top out nicely. 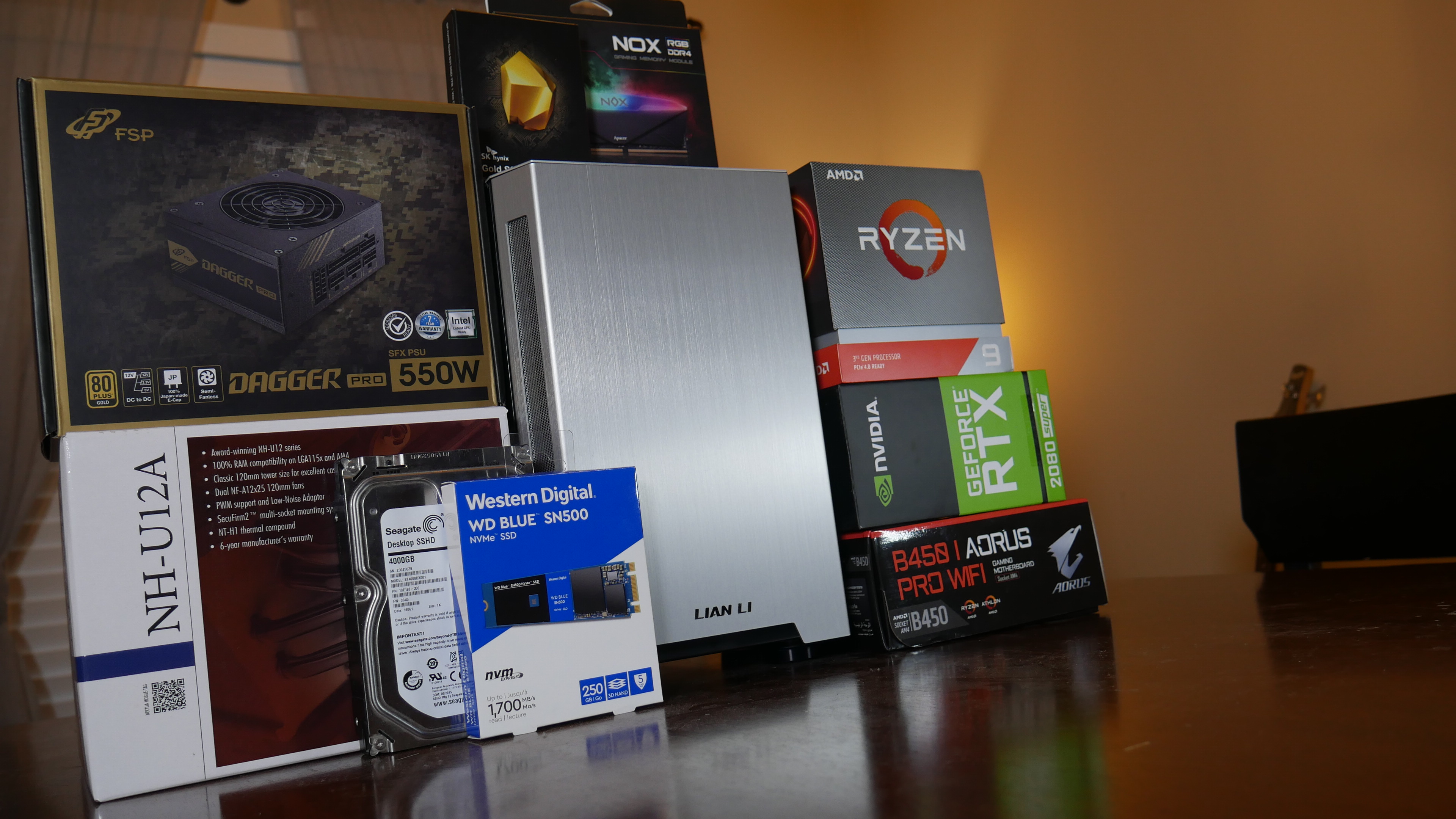 I wanted to really stuff the TU150 with as much as possible and see how it holds up under a full build rather than going lean.  Since they're marketing this towards content creators I wanted to give it a solid go with a Ryzen 9 3900X based system and a good-sized tower cooler, using all the Storage mounting points was a must and I have to say, the build process went much smoother than I expected it too.  The only issues I ran into when I was building was the holes for the storage devices were just a bit small to really be comfortable, ended up putting a bit of stress on the connector for the SSD and the HDD. Also, would have loved to see a few tie-down spots on the front edge for the GPU power cables since a lot of SFX power supplies have fairly short cables for the GPU and this would make managing those cables infinitely smoother.

Another issue I ran into was the spacing on the back of the motherboard tray for the 24pin as well as the SATA power and data cables.  I found that even when zip-tied down the thickness was just a bit much and caused the back of the case to bulge out in the center.  This could likely be remedied if Lian Li had used an additional ball and socket mount in the center of the back panel.

Room for the Noctua NH-U12A was more than adequet and even had plenty of room left over if you were to want to go with a taller cooler you could, although I'm not sure if I would push it much more myself. 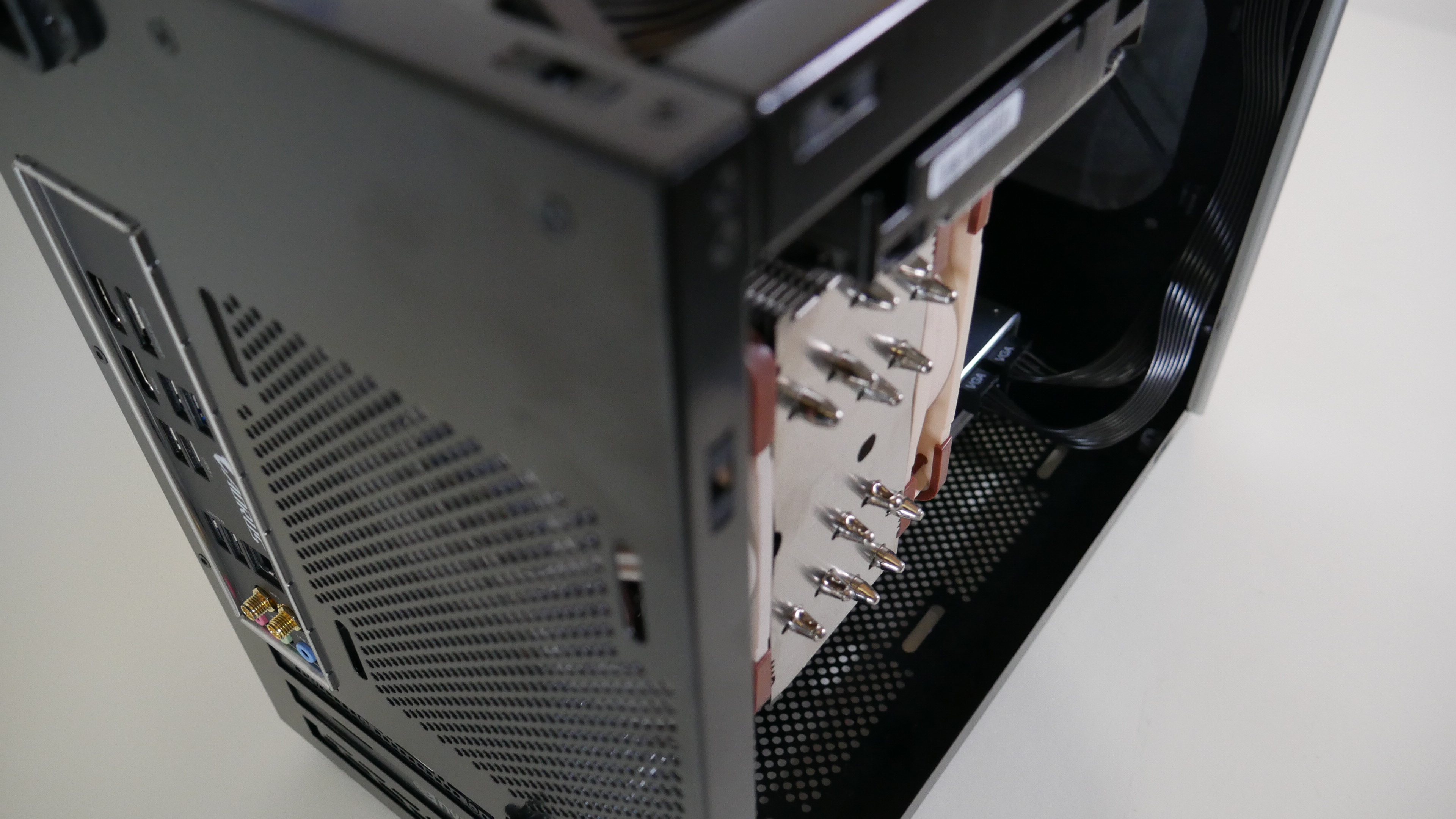 There is adequete room under the GPU to allow for better than expected airflow, You could easily fit in a pair of standard 25mm thickness fans down there, but I would recommend sticking to the shallow 15mm fans so that you aren't crammed up against the GPU and possibly causing undesired fan turbulance noise. 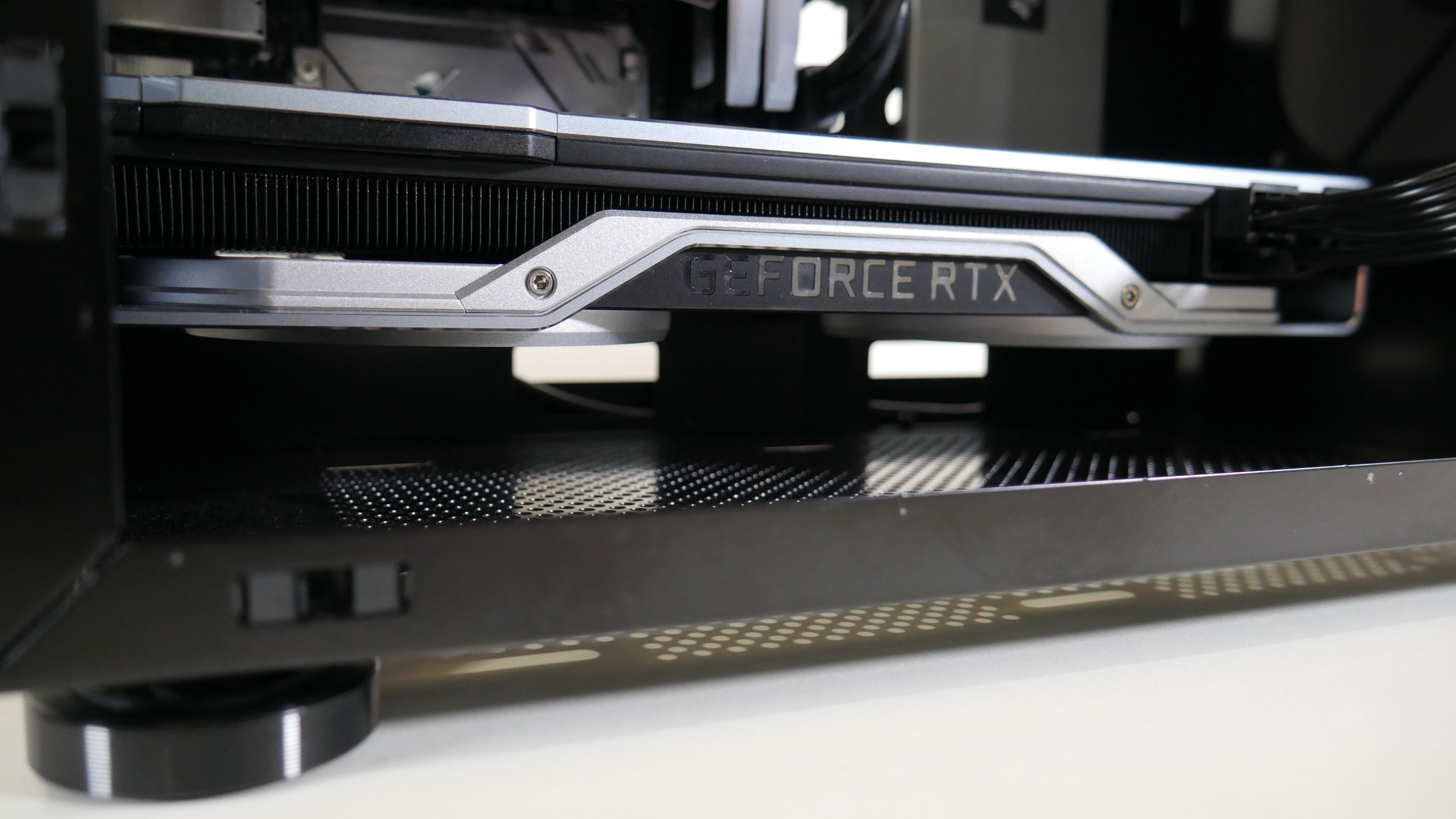 Thermals, in this case, seem to be a concern for people, and rightfully so as it doesn't come with any fans.  For these tests I ran out of the case for an unhindered look at the coolers, then in the case, as it comes and finally I added a fan (Noctua NF-F12) to the front of the case to see how things changed up when a fan was added.  I tested the CPU thermals while running Cinebench R20 repeatedly to see just how hot it would get under that load, while GPU tests were taken from looping GPU Test 2 from 3DMark Time Spy.

In the world of ITX, it seems like constant compromises and it is.  Ask 100 different people what they want in an ITX setup and you'll get everything from the Inwin Chopin to the Bitfenix Prodigy, both are ITX but for very different people.  The Lian Li TU150 targets those looking for a modest-sized ITX case that has the ability to handle some pretty powerful hardware and it delivers.  It had no issues handling all of the hardware I tossed in it with room for even more robust parts.  While I would have preferred it to be a bit smaller it would have limited my CPU cooler options as well as moved the classy handle to be out all the time.  For $109.99USD the TU150 may be a hard pill to swallow for those who are looking in the more budget-focused segment, but for those looking to build on the more high end of ITX, it's a good option whose biggest misstep is the lack of an included fan and missing dust filter options on the bottom.  As I wrap this up I am seriously contemplating ditching my full-sized system and just keep using this instead. 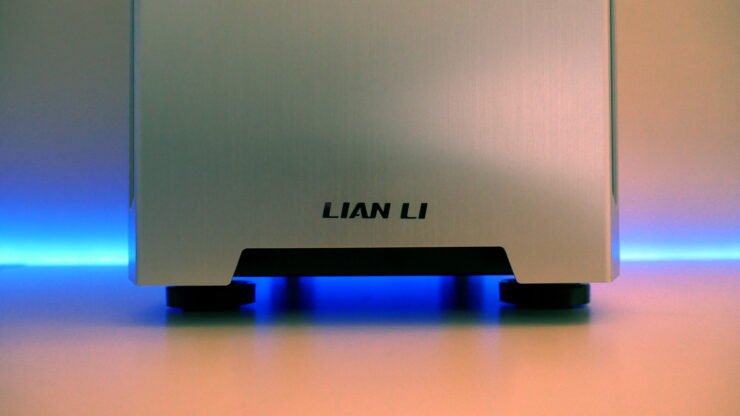