Lian Li Shows Off New Cases And Fans At CES 2019 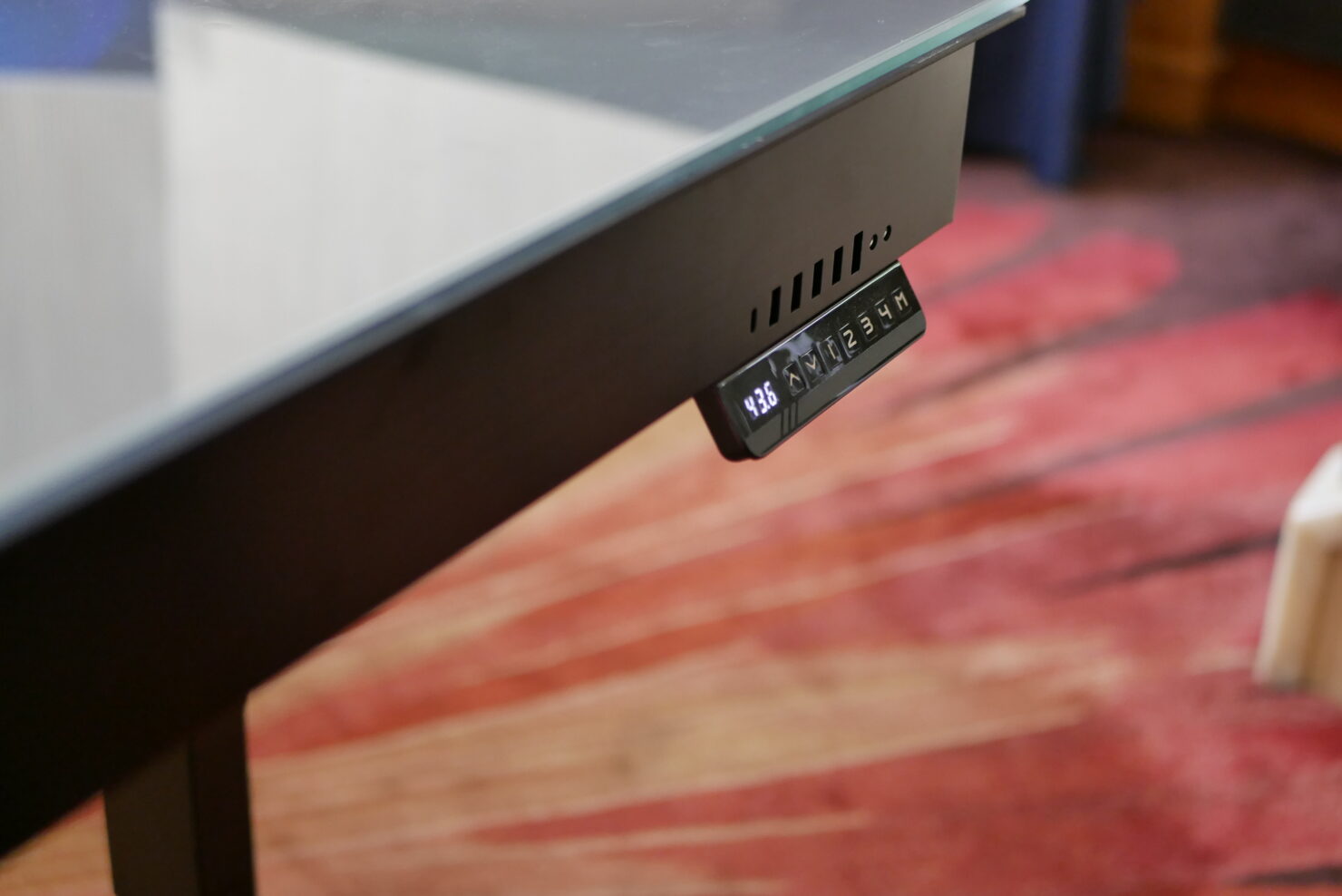 We got a chance to go by and see what Lian Li was working on this year at CES and found some really good ideas and had a really good time chatting about the industry with Roman (der8auer) and trends they were seeing over as CaseKing. Once the chatting was over we got to dig in a take a look at some of the upcoming products from Lian Li.

We kicked things off with their intriguing DK04-F Desk PC. Standard affair that you come to expect from Lian Li here with the tempered glass top, roomy interior, and powered sit/stand controls.  But they're adding something pretty unique this go around in the form of a powered LCD panel just under the tempered glass.  Don't confuse this with the Snowblind Side Panel from iBUYPOWER but rather a blind for the desk.  The concept is that you can 'hide' your PC if you need or want too and then make it magically reappear.  We've included the pictures of it enabled and disable below so you can get an idea of how it looks.

Availability is set for early Q2 and should retail around $1200.

The O11 Dynamic that has been well received by the industry and consumers is back with a fresh face, this time partnered with Razer.   Carries the same features as before but now with Chroma enabled RGB lighting on the inside and bottom underglow, and features an etched Razer logo in the front of the case that is illuminated by the interior lighting.

Availability is set for late February at around $169.

the ROG certified O11 WGX may look like the O11 Dynamic but is the result of community feedback and ROG involvement.  Thing the O11 Dynamic but in a 'Go Big or Go Home' fashion.  Featuring a much wider stance with the ability to have a 120mm fan in the rear, a vertical mounting arrangement for you GPU, double the 3.5" HDD mounting in the rear, a removable fan/radiator mount in the floor, panels are more easily removed, and one of my favorite features in the fan blocks for the motherboard tray area.  This allows you to control airflow patterns for when those aren't  being used for fans and can expand 2.5" mounting options.

The TU150 has to have been my favorite showing as an update to a classic tiny ITX chassis that they already had.  Designed as an air cooled (although you could fit a 120mm AIO if you wanted) small portable case the TU150 delivers on a small footprint with clever design.  One of the most clever is the use of the top area that the carrying handle recesses into also doubles at a storage area for excess cables leaving the inside of the case crazy clean and really easy to build in, well that's what they claim but looking at it in person I can believe it.

They're aluminium trimmed with an aluminum hub cover, addressable RGB with a 5v 3-pin header, and come in a pack of three at a very competitive price point.  The Bora Digital Fans are solid enough from what I could tell with a good amount of airflow from the backside.  I guess the funniest thing about this portion of the visit was when I asked them when this case was going to be released....then I realized it was just a fan stand, perhaps sleep is in order. 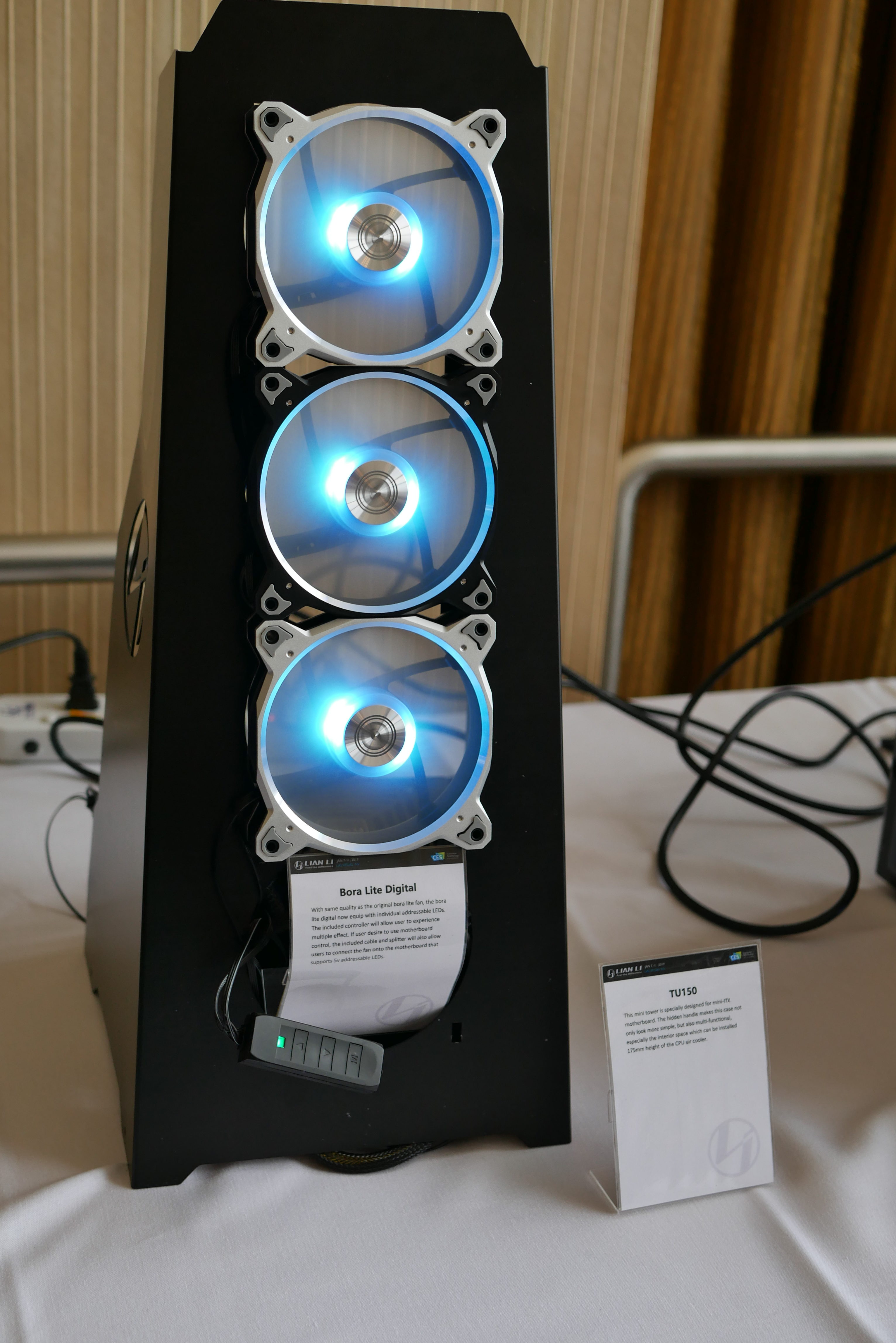 These are expected to launch early March for a competitive price point of $49 for a 3 pack with the controller.