Nostalgia is weird, isn't it? If you had asked me if I was nostalgic for any Pixar movie outside of Toy Story, I'd have likely scoffed. Thinking back, I only seem to remember slightly-above-average CGI movies with notable celebrities as voice actors. Nothing too exciting, basically, and very much par for the course these days. But then I jumped into LEGO The Incredibles 2, which kicks off immediately as the original movie ends. And suddenly, I really want to know where this is going.

In case you couldn't tell from the title of the game, LEGO The Incredibles 2 is a LEGO adaptation of the new Pixar movie, The Incredibles 2, which follows the super Parr family, last seen on the big screen fourteen (14!) years ago. I was only 13 then, so it actually makes perfect sense that, deep down, I hold a weird fondness for The Incredibles that I didn't even myself remember.

Luckily, Pixar superheroes fit into the LEGO formula perfectly - not surprising, given how many other LEGO superhero games there are from DC and Marvel alike. If you've played pretty much any other LEGO game then you know what to expect already: a simple action platformer affair, with context-sensitive switches and levers that must be activated by character abilities, in addition to the classic LEGO breaking and building mechanic.

Here, nothing much changes when it comes to that central LEGO formula, though the characters definitely get to use their abilities in a few nice ways. Elastigirl, who you'll be playing as for a decent portion of the early game, can stretch herself to make a bridge between platforms, hook onto distant objects, and stretch through air vents and other awkward spaces to open up new paths.

Other heroes get their own abilities. Voyd can, um, open up voids and teleports to new platforms. Helectrix meanwhile is a more generic electrified hero who can charge up generators and machines in order to make progress. Interestingly, it's actually the characters outside of the Parr family that ended up being the most interesting, though it should be said that the ways the family members work together are fairly unique, giving more reasons to tackle levels as the family.

You can, of course, have fun with the fairly linear and simple levels by yourself, but this is a game aimed at a younger audience, and as such you'll get a much better feel for the game with a young child to play co-op with - or, alternatively, a simple friend. Playing with my friend, the simple and repetitive button basher combat, simple puzzles and character switching mechanic was all far less tedious, thanks to the fact that we could both fight, both control a unique character and work together to get through levels.

LEGO The Incredibles 2 gives you a surprisingly deep look into the plot of the movie too - perhaps watch that before playing if you're worried about spoilers! The tale of the return of supers, the new villains and new complications the era will bring about are looked at, and of course that classic LEGO sense of humor mixed with high-quality Pixar voice acting and design, make for some wonderful cutscenes, filled with charm and humor.

There's so much to like about this game, but unfortunately, none of it washes over the fact that if you have played any LEGO game in the past you know exactly what to expect here, down to a tee. I don't want to be negative about LEGO games, especially since they are, after all, aimed at a younger audience, but the simplicity in the gameplay and the frankly boring and repetitive level design (beat up guys, build a thing, move forward, repeat) makes it difficult to celebrate too much. And another, again minor, complaint is that the game doesn't actually look as good as other LEGO games. The last LEGO game I played, The LEGO Ninjago Movie Videogame (what a title), looked visually very impressive, with shiny graphics wherever you looked. LEGO The Incredibles 2 in comparison feels like a last gen LEGO game or one that was certainly rushed out.

Luckily the linearity in the main missions or offset by the small open world, which offers the open world trappings you might expect, solving simple side quests, beating down villains, and commandeering vehicles from the populace to drive around in. The open world honestly isn't necessary but was a nice diversion from the repetitive level structure, and I can see younger gamers spending a decent amount of time in it searching for collectibles and completing missions. 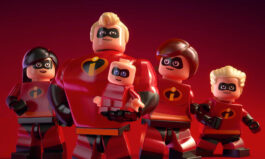 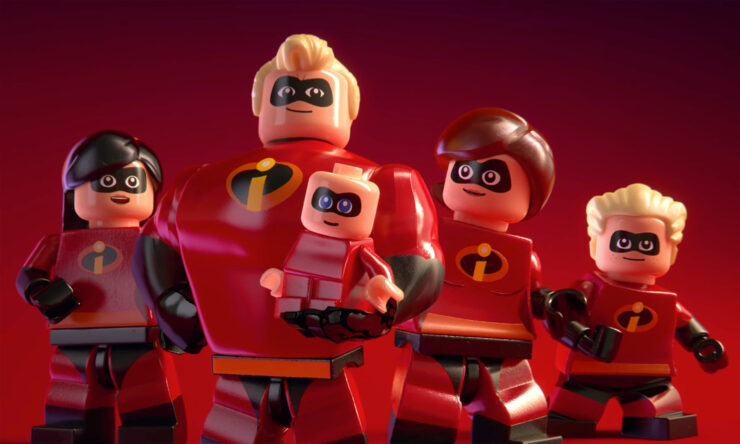 LEGO The Incredibles 2 isn't the best platformer, or even the best LEGO game, but for younger gamers, big Pixar fans and those just wanting more from The Incredibles, it's a decent choice, by no means essential for anyone, but absolutely packed with a good few hours of fun with family members.