Retirement comes for us all eventually. Whatever we’re currently doing in life, at some point we’re going to have to hang up our hat, move out to the country and peacefully while away the hours rocking on a chair on your front porch with a faithful pooch by your side. At least that’s what has probably happened to the venerable Professor Layton. Being an educator, fighter and part-time detective has taken its toll on the old boy, and he’s actually gone missing. But luckily, there’s one person who can pick up his legacy.

Enter Katrielle Layton, the esteemed Professor’s little-talked-about daughter. The good Professor is apparently far too busy gallivanting across the world with a young boy who has no relation to him - almost as concerning as him leaving his daughter at home, honestly. But while father is away, it’s time for the daughter to play, and Katrielle sets up her own twee detective agency in the heart of London, and business soon comes knocking. 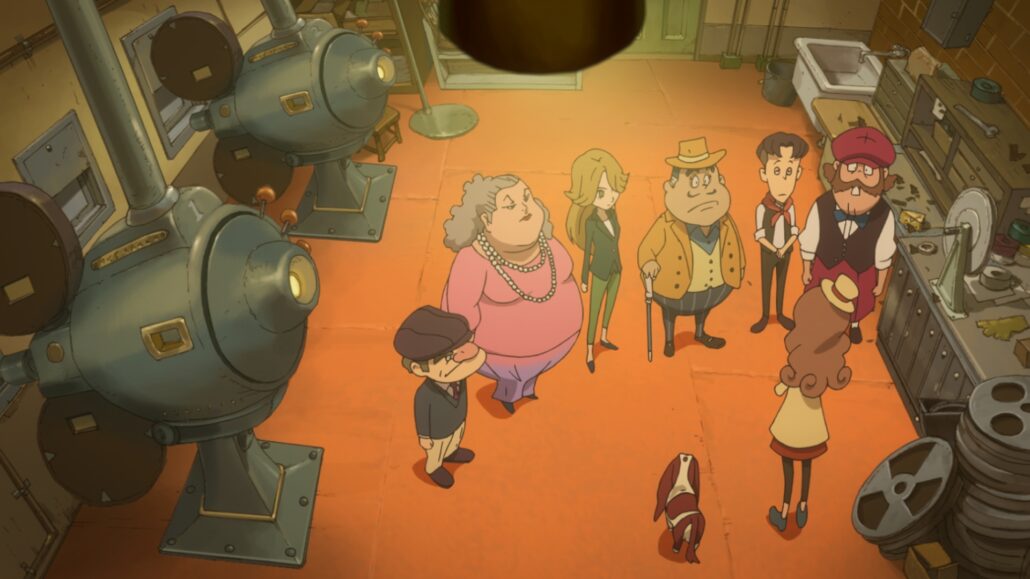 So aside from some possible underlying abandonment issues, what does Katrielle Layton bring to the table that her father didn’t? Well, um, she’s a girl, of course, and therefore she does girly things. For example; you can now dress Katrielle in a variety of clothing options, purchasable with Fashion Farthings. Honestly, they may be typical “girly” attributes such as fashion and sweet treats, but at least Katrielle has interests and some semblance of a personality, unlike her deadbeat dad.

But outside of the fact that Layton’s daughter is now the key protagonist, not much else has changed here. Ernest Greeves has replaced Layton’s wee Luke as the sidekick (and of course there’s a subplot which involves him being madly in love with Katrielle - groan.) and a new addition to the usual duo making it a trio, with Sherl, a talking amnesiac dog whom is Katrielle’s first case; one she’s in no hurry to look into, mind.

Kat, Ernest and Sherl all travel London together, tackling a variety of cases most of which wrap up fairly quickly. Unlike Professor Layton’s adventures where he would often get lost for days uncovering the minutiae of a case, Katrielle is a bit more direct and likes to often wrap things up in the matter of a few hours at most. She talks to witnesses, investigates crime scenes, and then usually has a solution shortly after. Of course, Katrielle isn’t some sort of detective deity, and she doesn’t have access to some magical information; the player can piece all of these solutions together themselves, as long as they pay close attention to the details of the story. If you’re doing a good job, you’ll be nodding along with Kat as she announces her findings at the end of each case. It’s not quite Ace Attorney and you won’t be looking at things quite that closely, but at least you feel involved with the cases as they play out, instead of being a mere observer.

In between all of that, of course, are the puzzles. A Layton game is only as good as the puzzles inside it, and in Layton’s Mystery Journey, the puzzles are what you would expect from a Professor Layton game. Simple math puzzles, more challenging logic puzzles, and even some particularly dastardly lateral thinking puzzles which require close examination of the tools provided and the question being asked of you. But if I had to make a complaint about Layton’s puzzles, it would be the utterly useless hints. More often than not, you’ll find a puzzle’s solution without looking at a single hint, but in those rare instances where you’ll find it necessary, the hints are more often useless than not. They often just repeat select parts of the initial question, or point towards a minor detail you will have already picked up on. When these absurdly obtuse puzzles do come along, they’re usually pushed to the side and not necessary to complete Layton’s Mystery Journey, but of course, there’ll be puzzles which act as progress gates and will grind absolutely everything to a halt.

That last gripe about puzzles acting as progress gates is both something that probably needs to happen in a puzzle game, but also something that Level-5 should’ve tackled a long, long time ago. For hours upon end, I will be enjoying Layton’s Mystery Journey, but a single progress-halting puzzle will ruin all of my fun, instead turning the game into an exercise in frustration. 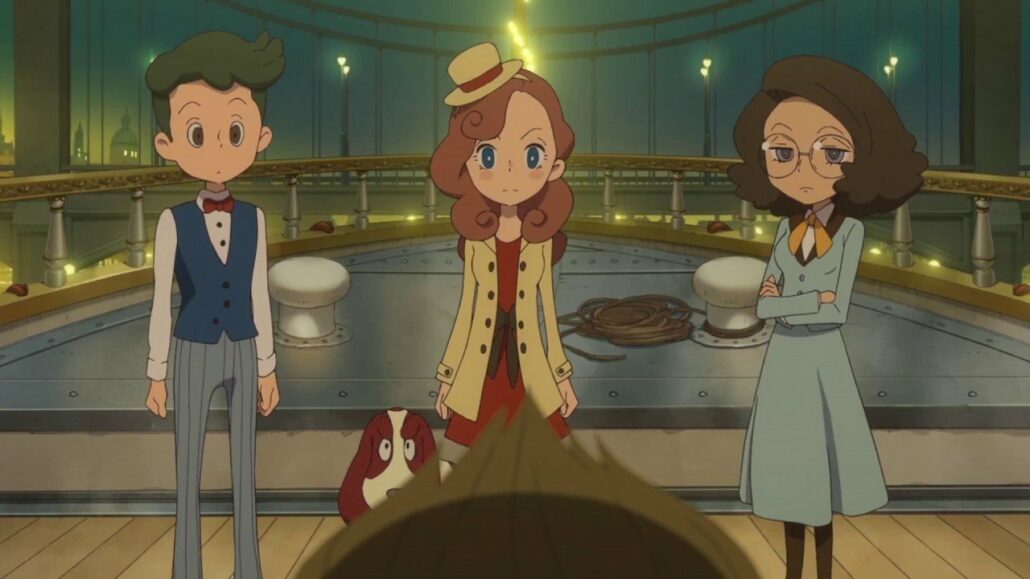 But it’s only frustrating because Layton’s Mystery Journey is the sort of game you want to play. Everything is endearing, from the detailed caricatures of London and its inhabitants to the music, and even the infrequent anime-style cutscenes that help give exposition to the cases and stories. Katrielle is a great replacement for her intensely boring father, and her adventure is great - not reaching the heights of the good Professor’s own tales, but still a great entry in the series nonetheless.

Reviewed on Nintendo 3DS (code provided by the publisher). You can buy the game on Amazon.

Layton's Mystery Journey is a lot of fun, and Katrielle is just a better character than her father is, but this journey is a lot more predictable and less memorable than the Professor's best.