Kirby has been celebrating his 30th birthday in style. Earliest this year, we saw the release of Kirby and the Forgotten Land, perhaps the best game in the pink one’s long lineage and one of the best first-party Switch games period. But Nintendo wasn’t done, as earlier this Summer, they surprise-announced Kirby’s Dream Buffet, a new online multiplayer game somewhat reminiscent of the super-popular Fall Guys.

Kirby’s Dream Buffet was released on Switch a few days back without a lot of fanfare, but that doesn’t necessarily mean anything one way or the other. Does Dream Buffet keep the Pink One’s momentum rolling, or is Forgotten Land the only Kirby game from this year worth remembering? Time to dig in. 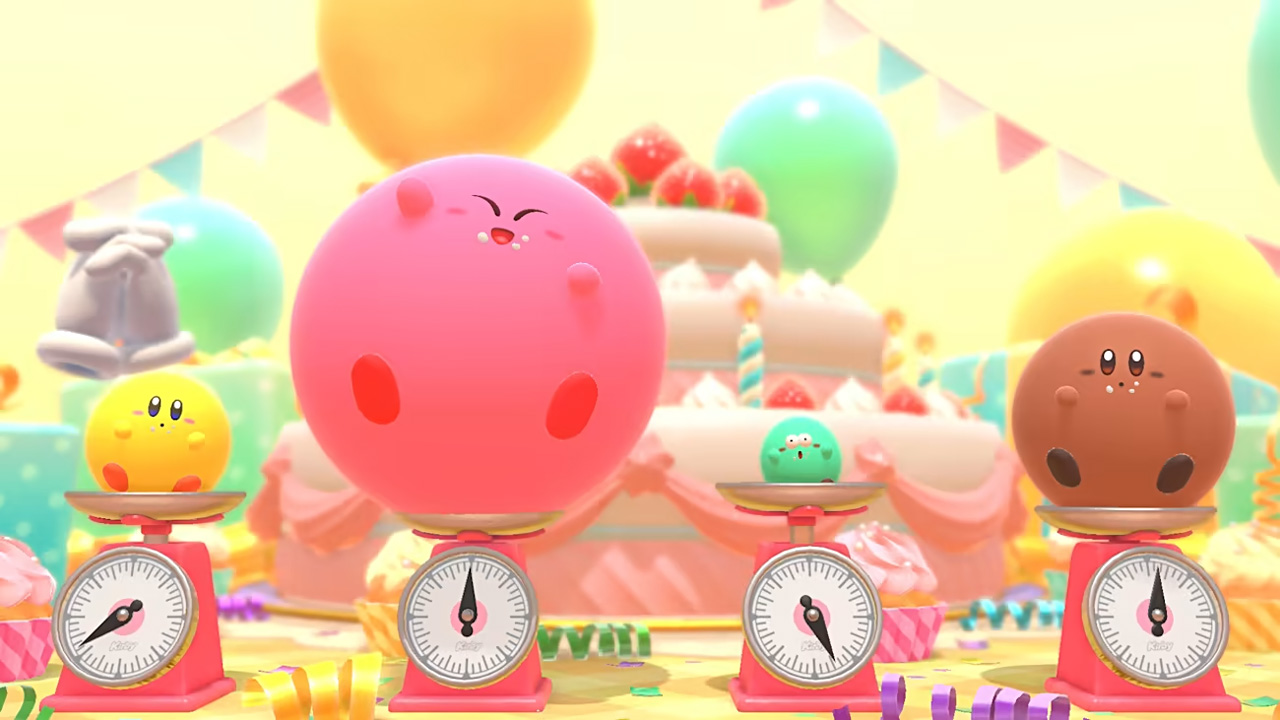 Despite Kirby’s Dream Buffet’s undeniable Fall Guys similarities, it does manage to carve out its own Nintendo-flavored identity. The game’s main Gourmet Grand Prix mode sees up to four human players, as well as AI opponents and Waddle Dees, compete in four rounds – a race, a minigame, another race, and a “battle royale.” Your overall goal is to consume the most strawberries by the end of the four rounds.

Kirby’s abilities are limited to rolling, jumping, and making use of various food-related copy abilities, such as the Wheel Donut that lets you race ahead of the pack or the Drill Carrot that allows you to burrow under obstacles. The more berries your Kirby wolfs down, the bigger they’ll grow, allowing you to bump smaller Kirbies off the course more easily while reducing your recovery abilities if you get knocked off.

Races are relatively straightforward. You roll to the finish line while collecting strawberries, with a bonus for those who finish first, second, and third. Races can be simple fun, but course designs are overly cluttered sometimes, and Kirby’s rolling physics feel just a little wonky. While the game encourages you to maximize the number of berries you collect as you race, the reality is, those who charge recklessly ahead are usually the ones that come out on top, given the large (50 strawberry) bonus you get for winning. As a result, there’s less strategy involved in races as there perhaps could be.

Minigames are even more simple. You’re restricted to a small playing field and tasked with grabbing berries for 20 seconds, and well, that’s it. Besides providing a brief breather between races, the minigames are largely pointless, rarely affecting the final outcome of the Grand Prix. Perhaps most entertaining is the “battle royale” round, which I put in quotation marks because it doesn’t really resemble what most people think of when they see those words today. The round is more reminiscent of Smash Bros, with players using copy abilities to knock opponents out of various arenas. Being knocked out doesn’t mean you’re eliminated, although you do lose a decent number of your berries, with scores often changing fairly significantly before the round is over.

Kirby’s Dream Buffet isn’t exactly groundbreaking, but it offers a decent amount of content (multiple courses and stages, dozens upon dozens of unlocks) and could have been an entertaining light multiplayer option. Sadly, a host of issues make the game difficult to actually play with others. Online play is incredibly sluggish, to the point that it’s essentially unplayable given the precise nature of the game’s rolling controls. Local multiplayer isn’t a great option either, as only two people can play together on the same Switch, despite this being a four-player-focused game. Even with only two players, split-screen absolutely tanks Dream Buffet’s framerate. You can play with three other people via a local wireless connection, but the option is unreasonably expensive, given everyone must own a $15 copy of the game. Again, there is some appealing content here, but the lack of proper multiplayer options turns it all into empty calories.

This review was based on a copy of Kirby’s Dream Buffet provided by publisher Nintendo.

Kirby and the Forgotten Land 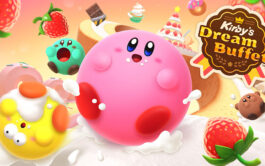 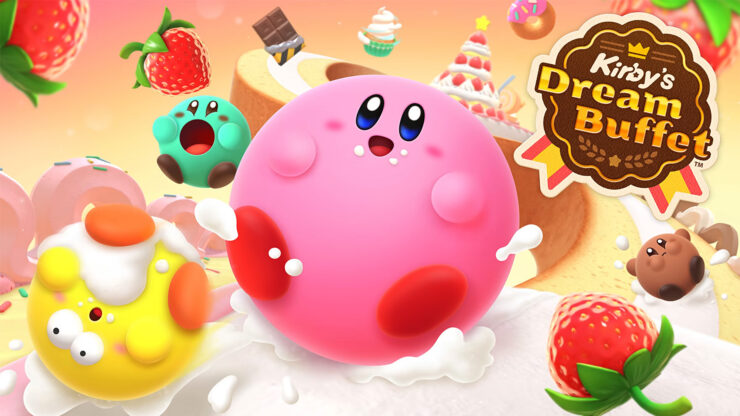 While Kirby’s Dream Buffet offers some fleeting fun and excitement, a lack of multiplayer options, laggy online action, poor splitscreen performance, and an inflated price tag combine to sour what could have been a tasty multiplayer snack.