Few game characters can claim the kind of recognisability and history that Kirby holds. He’s one of few characters that can get away with taking the spotlight in Super Smash Bros., and he has to be one of the most adorable creations to ever grace gaming. The original intent behind Kirby is just as admirable; Sakurai wanted the kind of platformer that literally anyone could play, and thus, gave players the ability to just fly over everything if they wanted.

Since the early days, Kirby games have evolved and included a variety of features and functions, ranging from a simple and charming yarn aesthetic to a magical world of paint. With Kirby Star Allies everything feels like a very back-to-basics approach, but I’d be lying if I said it wasn’t attractive. 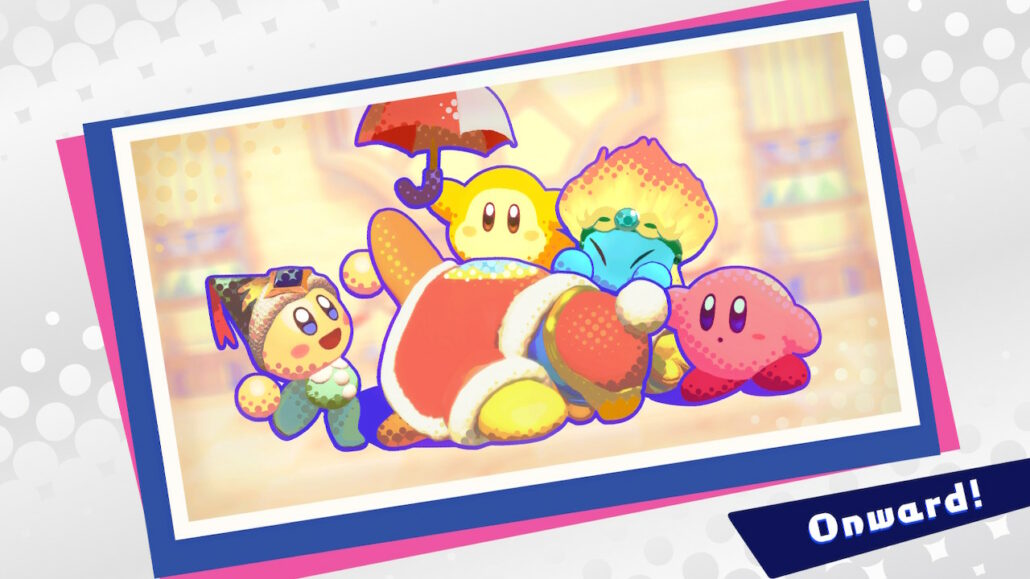 Attractive both in a gameplay sense and graphical. It’s hard not to marvel at Kirby Star Allies’ lush graphics and (mostly) solid 60FPS. Whether on a 4K TV or the Switch’s handheld screen, it looks sharp and detailed. The artwork is astonishingly good at times and clearly shows how Nintendo’s approach to HD development has been refined since the Wii U era.

Just like traditional Kirby games, you inhale enemies to take on their abilities and can play with your pals too. For the most part, Star Allies isn’t the most original, though it’s no bad thing. It builds upon everything Kirby has introduced in the past, with a few new features and functions, with most of these newer features focusing on your friends.

Local co-op games, particularly platformers, can be a bit hit or miss. Friends terrorizing one another in New Super Mario Bros. U became a meme, and Super Mario 3D World didn’t fare much better a lot of the time. Fun with pals, but also frustrating. They both felt like games you could play casually with friends, but any real progression would have to be done solo to be efficient about it. Not so with Kirby Star Allies, where the inability to jump on friends to interrupt them is gone (thank goodness) and friends keep up with you at a steady pace as they warp to your location and actually assist in gameplay. 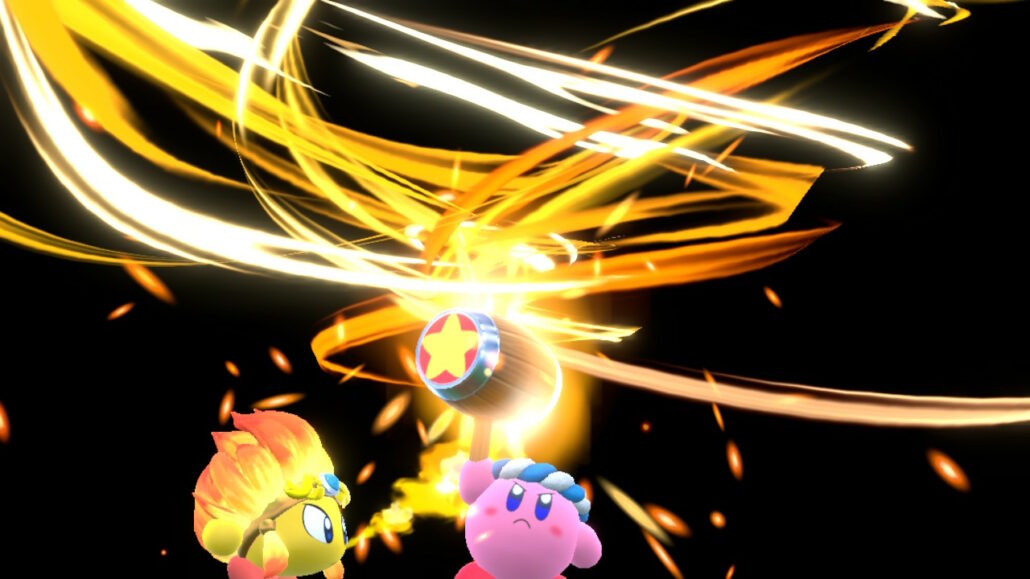 In fact, not just assisting, friends are essential for progression. In solo gameplay you can throw hearts at enemies to turn them into friends, and they can then help you out with doors or tasks that require more than a single player. Of course, your real life pals can join in too, with up to four players playing along and using a variety of abilities to take on the challenges ahead - and there really are loads of abilities.

But just when you think you’ve seen everything, there are ability combinations. Many abilities are weapons of some sort, while others are elements. Swords, whips and more for weapons, while elemental abilities are the expected water, ice, fire, etc. Holding up a weapon lets your friends attack it and imbue it with their ability, and there are seemingly endless combinations. One minute you’ll be running through a stage as rock Kirby, when a friend will accidentally use an ice attack on your, turning you into a destructive curling stone which smashes through foes.

The only problem is that, well, Kirby Star Allies still plays just as originally intended. It’s the kind of game that anyone can play, meaning there’s plenty of room for new and younger gamers to have hours of fun, especially as you play along in co-op, but if you’re an experienced gamer playing it by yourself, well, it’s a bit more difficult to justify. 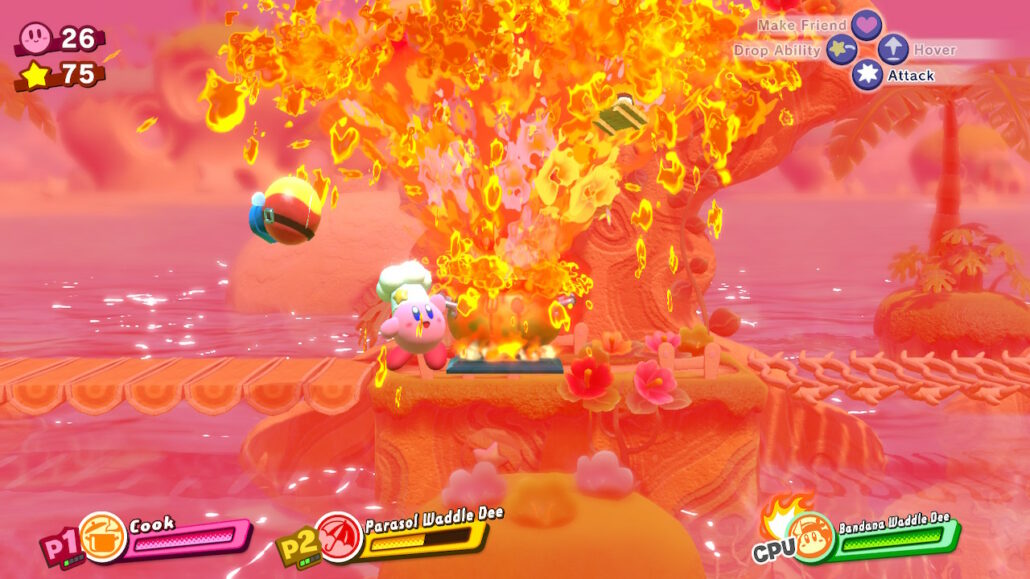 The fact is, the story mode is a fun, beautiful looking platformer with some absolutely fantastic music, but its simplicity will put some off while being a blessing to others. For this reviewer, it’s been a mixed bag. Playing through stages with friends adds the extra fun factor that I needed to play for longer sessions and find all the collectibles hidden throughout the stages, but alone the gameplay sadly felt far more tedious.

But as a local multiplayer game, Kirby Star Allies is great fun, evidenced further by a small selection of minigames you can bash away at with your friends. Again, these are pretty minute and fairly bland when by yourself but with a group of friends, they’re a quick blast of fun.

Some Kirby fans will undoubtedly have hours of fun with Kirby Star Allies, while many others will be put off by what they might perceive as fairly bland gameplay. With friends and kids, this is a great game to play, but if you’re looking for a hardcore platformer or something that will challenge you, this frankly is not it.