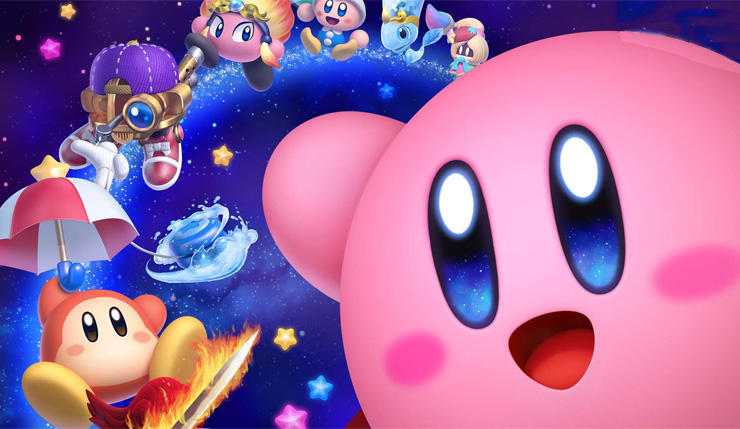 The Switch’s early-2018 lineup is full ports, remakes, and quirky experiments like Nintendo Labo, but traditional, fully-original games are in short supply – Kirby Star Allies is pretty much all we’re getting until after E3. But hey, a new Kirby is nothing to turn your nose up at! Sure, the Kirby games are almost sickeningly cute, but they’re also rock-solid, surprisingly action-packed platformers.

Don’t believe me? Well, you’re free to try out Kirby Star Allies for yourself! Nintendo of Europe has just released a new Kirby Star Allies demo, which includes two levels – the easy Grasslands Stage, and the more-challenging Cave & Castle Stage.

Up to four players can journey through Dream Land together anytime, anywhere in #KirbyStarAllies! A free demo is now available from #NintendoSwitch #eShop.
<(^.^)> https://t.co/W3L2M6BK4q pic.twitter.com/fpyWyqo2QH

As of right now, the Kirby demo is only available in Europe, but it’s sure to be released in North America soon enough. If you’re the impatient type, it’s very easy to set up a secondary European account on your Switch. You can also check out this new Japanese Kirby Star Allies trailer while you’re waiting!

For those who haven’t been keeping up, Kirby Star Allies follows the series’ traditional blueprint, although this time you can recruit enemies to fight alongside you. These enemy sidekicks can be controlled by other human players, or by the game’s AI. Here’s a full rundown of Kirby Star Allies’ features from Nintendo:

Dark Hearts are raining down, and now there's something wrong with Dream Land! When a falling heart hits Kirby, it does something very unexpected -- Kirby gains the power to spread love, allowing him to recruit unlikely allies to help him on his quest to bring peace back to Dream Land.

In classic Kirby fashion, inhale opponents and objects then fire them back out to smash through blocks or baddies! You can also copy the powers of certain enemies, letting you steal their attacks and abilities.

Throw a friend heart at nearby foes to recruit up to three allies at a time! Combine different Copy Abilities to unleash powerful attacks, solve puzzles or add more firepower to your weapons.

All aboard the Friend Train

Sometimes you’ll need all four members of your team to join together to perform an impressive special move. Form a Friend Circle to roll through any obstacles that stand in your way, steam towards the end of a stage as a Friend Train or create a Friend Bridge to pass over large gaps!

Go head-to-head against your friends – or against the computer – in two frantic minigames! Cut down a tree as quickly as possible in Chop Champs, or bat away an incoming meteor in Star Slam Heroes. Whoever chops the most wood or hits the meteor the furthest will be crowned the winner!