Not everyone looking for an SSD tends to dissect performance numbers with a microscope. There are niches where performance takes a second seat to the value factor. One example is the corporate sector which looks very carefully at the value perspective. 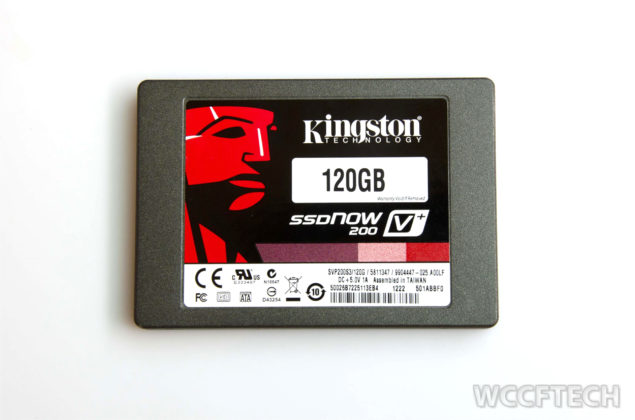 To satiate the thirst of speed for the men in suits Kingston has upped its game by revamping its value series (‘V’ series) of SSDs. Rather than using JMicron or Toshiba controllers (whose performance was not stellar), Kingston now uses the venerable SandForce (now LSI) SF-2281 controller. To keep costs down it pairs it to asynchronous flash memory as compared to synchronous or Toggle flash memory for its top of the line models.

The specs of the drive as listed by Kingston are as follows. We have also included the specs for a upper-middle level SF-2281 powered Kingston SSD.

The difference lies in the type of flash memory used which in turn affects performance numbers and most importantly the price. From a single end-user perspective 40 dollars might not seem like much, but when a corporate has to upgrade several computers the number becomes significant very quickly.

The V+ line comes in either an upgrade kit or a standalone package. We received the latter for review. As this is a drive only package it comes in a bare minimal of a plastic shell packing; ripping which reveals the drive.

The drive resembles (at least physically) the older ‘V’ model drives from the manufacturer. The label has a similar layout with the ‘V’ being changed to ‘V+’ for the upgraded drive.

We’ll present the results of the SSDNOW drive as tested using HD-Tune (unfortunately we don’t have another async SSD on hand to test this drive against). Version 5.00 of the software tests various aspects of the drive including sequential and random testing. 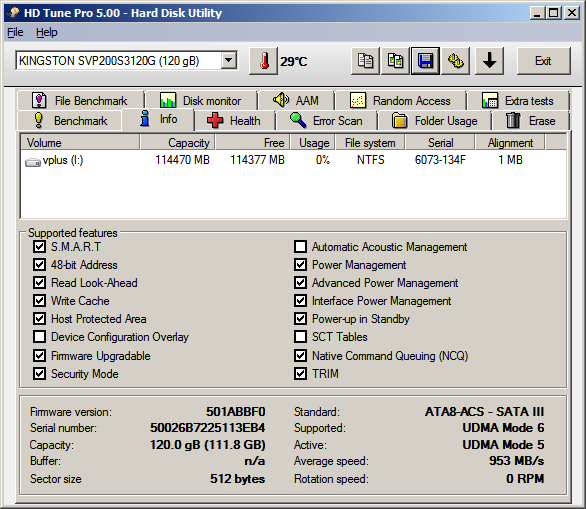 The drive has an admiral able 470 MB/Sec Read and 485 MB/Sec write performance.

Read tests over the entire drive shows an average speed of 370 MB/Sec, while average write speed is 340 MB/Sec

Despite its lower rated NAND the drive’s performance is not that far off from the more expensive units utilizing sync flash memory. This drive will not disappoint in a business or a small office/ home office machine and might even be suitable for (casual) home users looking for a rather quick drive and don’t want to spend an extra 20 or 30 dollars.