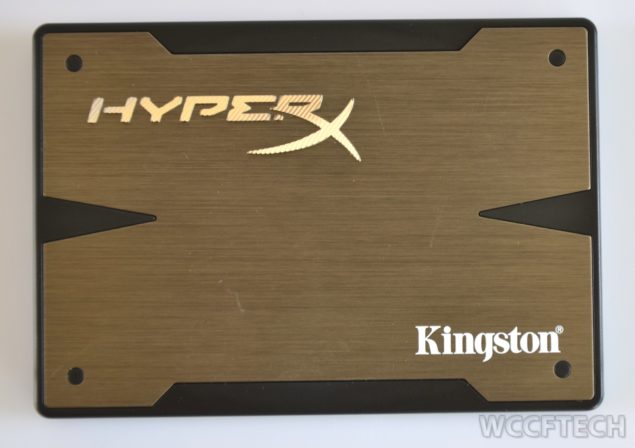 Kingston’s (5K) series of SSDs , based on the second generation SandForce (SF; now LSI) controller (the SF-2281), offered competitive performance as compared to its earlier offerings based on non-SF controllers.

To offer a competitive product at a lower price point, Kingston introduced its 3K line of SSDs which are based on the same second generation SF controller found on the 5K series and are available in capacities ranging from 90GB to 480GB.

In case you are wondering, the 3K refers to the 3000 Program/Erase (P/E) cycles that 25nm Intel NAND memory has been classified for. This might be alarming, but controller logic ensures that all cells are written to evenly thus prolonging memory life. Kingston offers a 3 year warranty on this particular model of 3K SSD, which matches those offered by hard disk manufacturers for most of their products. Assuming that you write about ~9GB of data every day on your 90GB SSD (P/E cycles is 1/day, amplification factor of 10, actual data written to flash memory 90GB); for a drive with an effective 3000 P/E rating, such as the Kingston model under review, the NAND viability works out to be ~8 years. For the senior 5K model the number is ~15 years.

The cost savings, as compared to the 5k drive come from using lower grade NAND memory. The sequential read and write speeds (as advertised) remain the same.

The SSD comes in a study cardboard box. Inside the box are the drive, set of screws and a  bracket for 3.5” conversion. Unlike the more expensive (5K rated) SSD, Kingston does not include an external USB box, screw driver, cables or Acronis HD cloning software. This is done to keep costs low.

Externally, this is one of the best looking SSDs and mirror the styling on Hyper-X branded RAM. 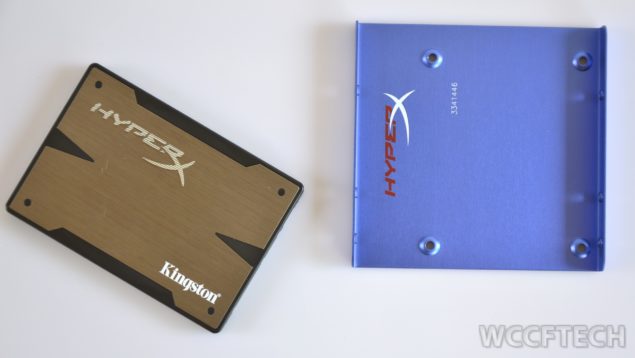 The styling continues on to the external box as well as the screw driver set. From the bland V-series SSDs to the stunning Hyper-X series, Kingston has made strides in its SSDs at-least aesthetically.

The benchmark tests would help establish performance difference (if any) between the 5K rated and 3K rated Kingston drives. 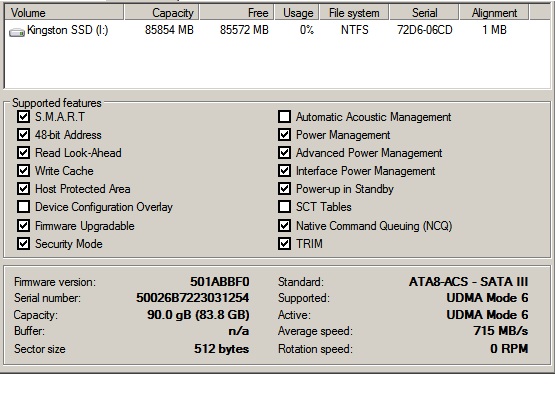 The NAND quality (p/e) does not seem to make all that much of a performance difference. 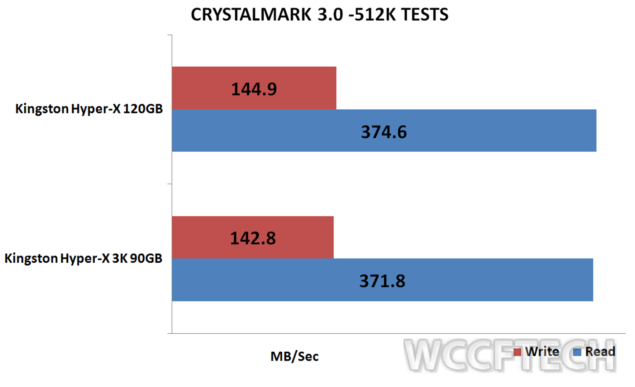 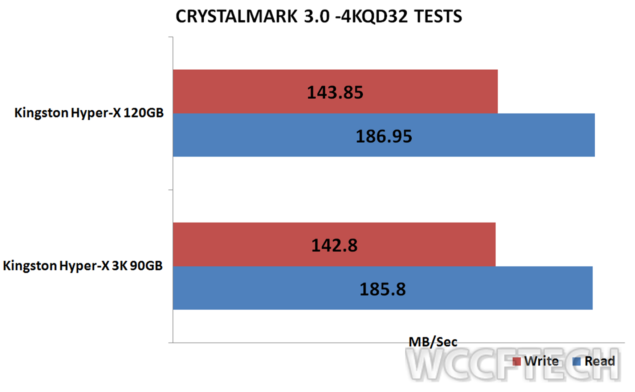 As with HD Tune, the results between the two drives are close enough. The 3K drive is a tad slower but nothing that will be all that greatly noticeable 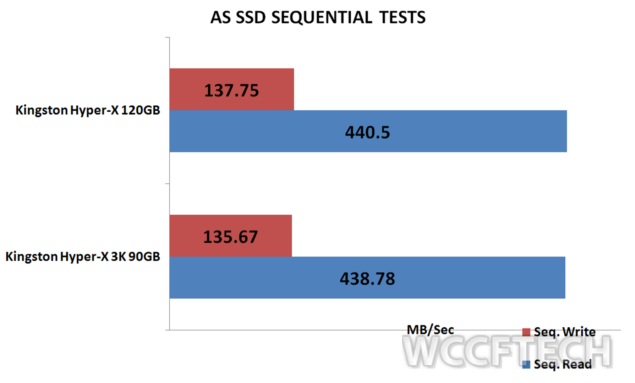 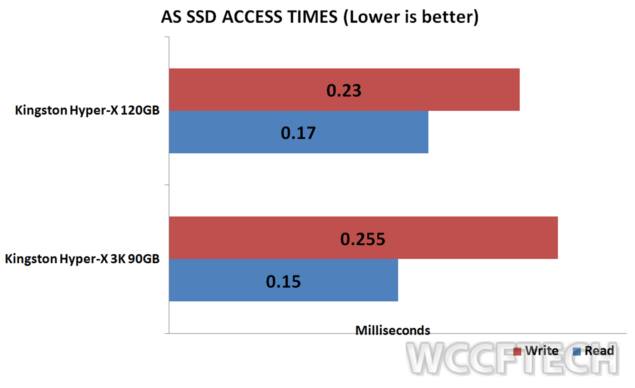 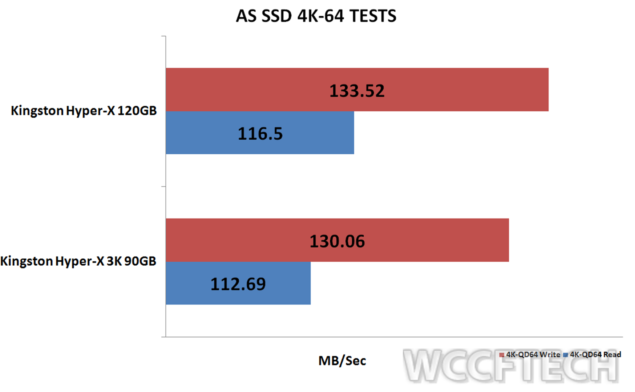 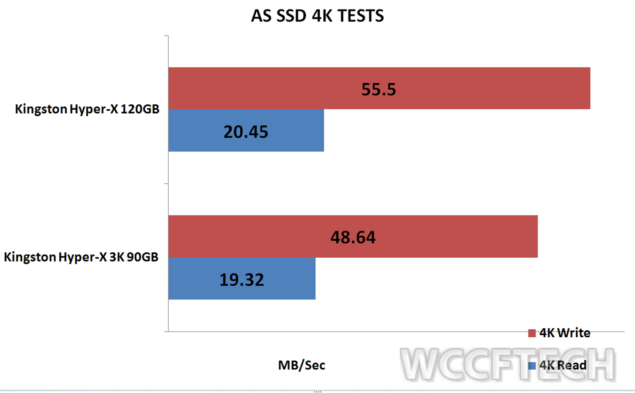 The pattern repeats itself here.

Despite its lower rated NAND and a rather sparse set of goodies, the drive performs as advertised. When compared to its elder (and more expensive brethren), it offers a competitive performance. For light work load environments this is an ideal drive, but if your requirements tilt towards a heavier work load, the 5K drive might be a better fit for your needs.