The KFA2 GeForce RTX 3070 Ti SG is one of the many variants in KFA2's RTX 3070 Ti family. The card is positioned close to the Founders Edition model, featuring a triple-fan cooler design within a 2.5 slot form factor. KFA2's Serious Gaming series will rock a black color design and uses their RGB effects which look great. 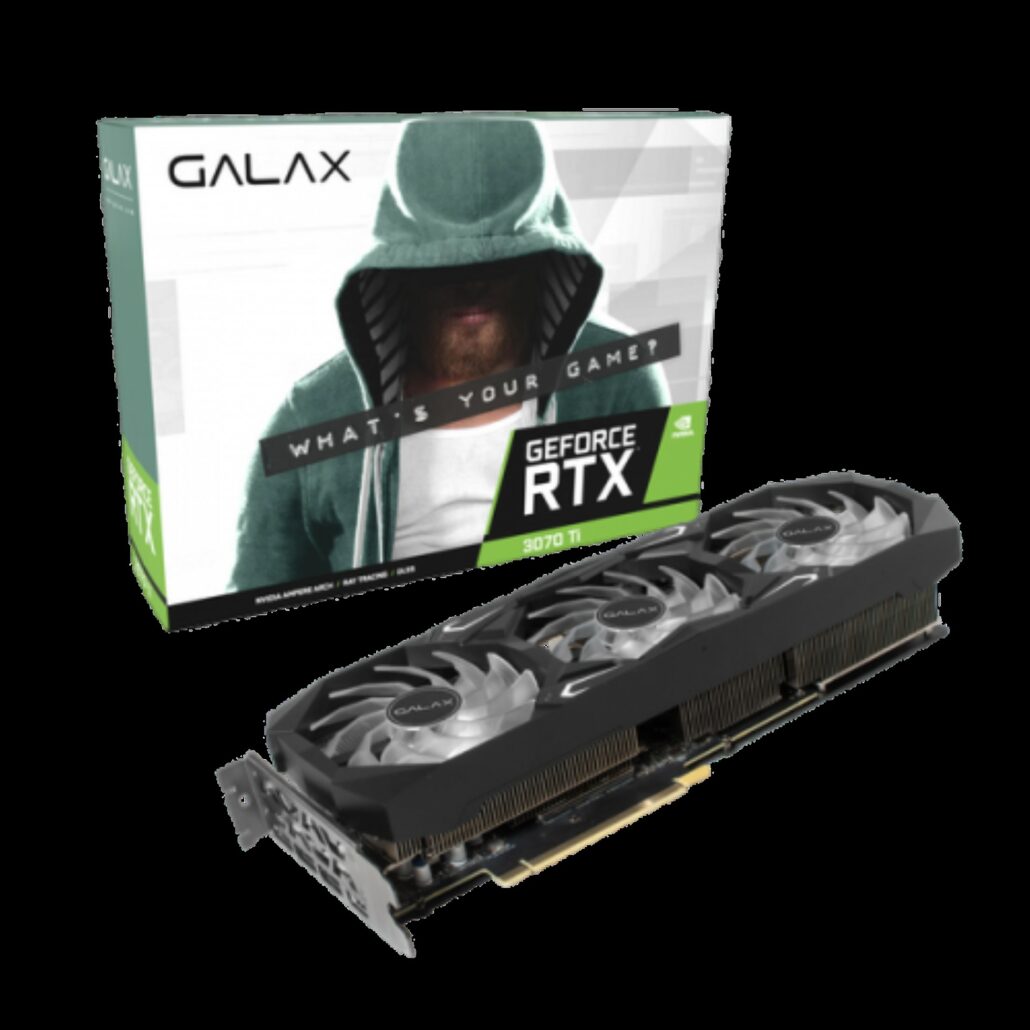 In addition to the custom design, the RTX 3070 Ti SG comes with a non-reference PCB, featuring an 8+2+1 phase design that features higher quality components than the reference variant which is already a really good design by itself. In terms of clock speeds, the graphics card features the same base frequency of 1580 MHz but the boost clock is rated at 1800 MHz which is 30 MHz higher than the Founders Edition variant.

Following are some of the features of the KFA2 GeForce RTX 3070 Ti SG graphics card before we go into detail:

The KFA2 GeForce RTX 30 SG series of graphics cards rock an aggressive shroud design which is made out of plastic material and covers a large aluminum heatsink that sits beneath it. The RTX 30 SG series has seen a huge uplift in looks and design from the previous generation which featured a standard RGB display & mostly relied on the reference PCB and clock specifications. 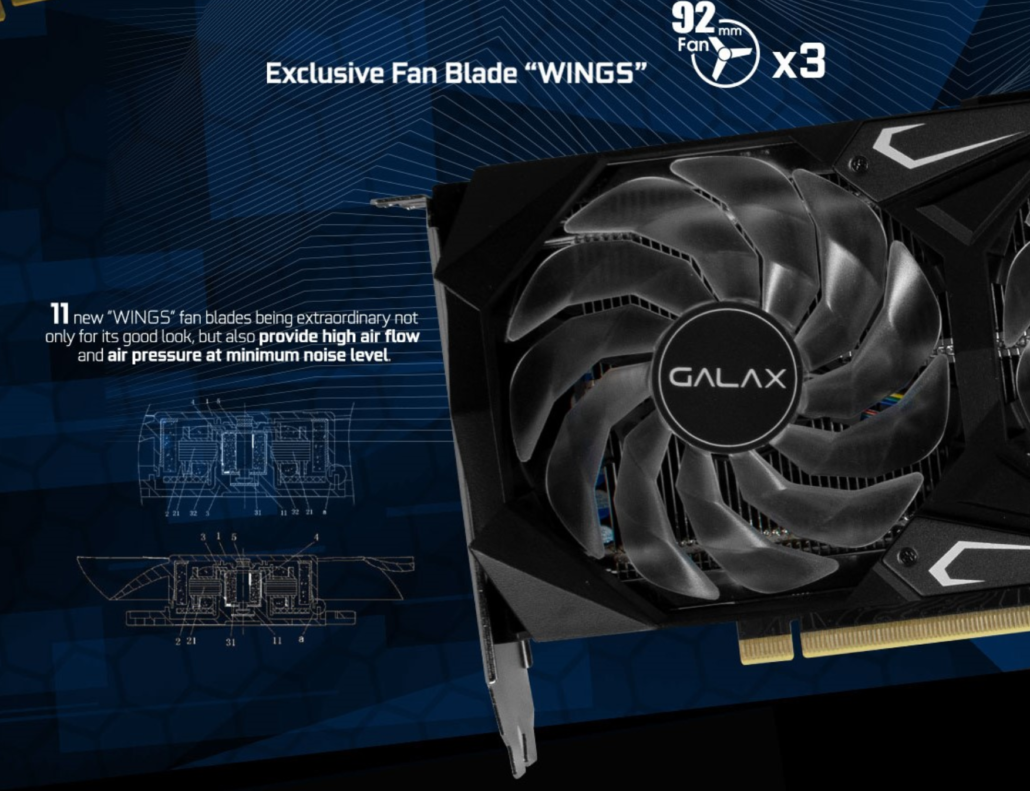 The latest iteration of MSI’s iconic GAMING series once again brings performance, low-noise efficiency, and aesthetics that hardcore gamers have come to recognize and trust. Now you too can enjoy all your favorite games with a powerful graphics card that stays cool and silent. Just the way you like it.

KFA2 's RTX 30 SG series makes use of a triple-fan "WINGS" cooling design which includes 92mm fans that are embedded on the front shroud. Each fan comes with 11 fan blades with an acrylic design that not only looks great but is also said to provide higher airflow & air pressure at minimum noise levels. 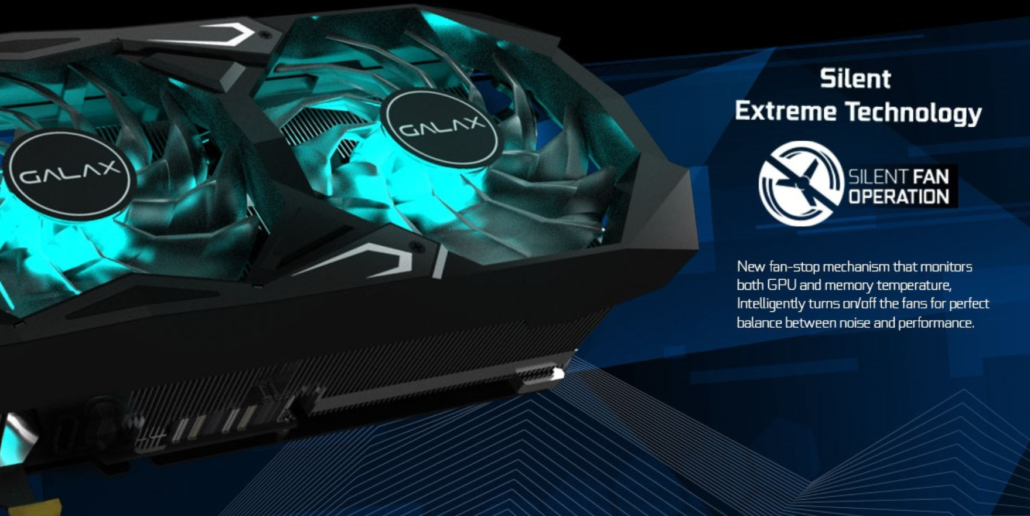 The fans are fully compliant with KFA2's new fan-stop technology known as Silent Extreme which monitors both GPU and memory temperatures and turns the fans on/off for a balanced noise and performance level.

In addition to the three main cooling fans, KFA2 has also bundled a 1-clip booster fan which is a standalone active cooling solution that equips on the backplate. The 1-clip booster features an 80 mm fan with 9 fan blades and pulls hot air from the heatsink. Do note that since the card comes with a compact PCB design, the shroud and heatsink extend far beyond the PCB, hence KFA2 has left cut-outs in place to direct airflow outwards. 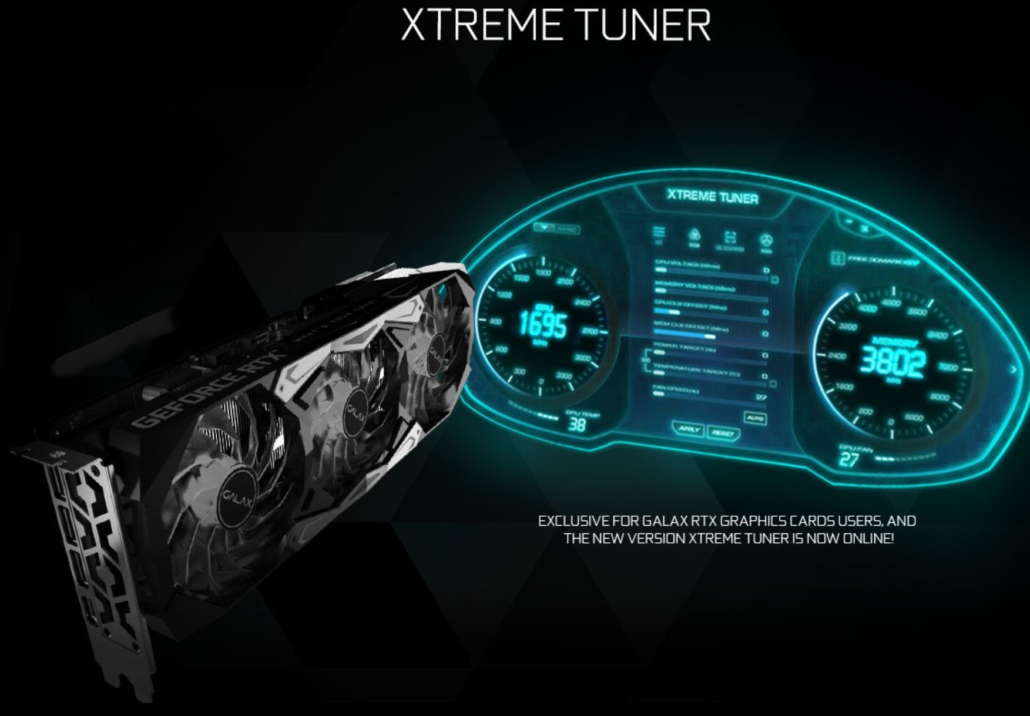 One of the key features that KFA2 has stated for its GeForce RTX 30 series graphics cards is the Xtreme Tuner application which is now available on mobile. This application is the only way by which you are getting that extra 15 MHz clock speed out of the graphics card and don't worry, since the desktop application is still available. The mobile application now allows for various range of utilities such as: 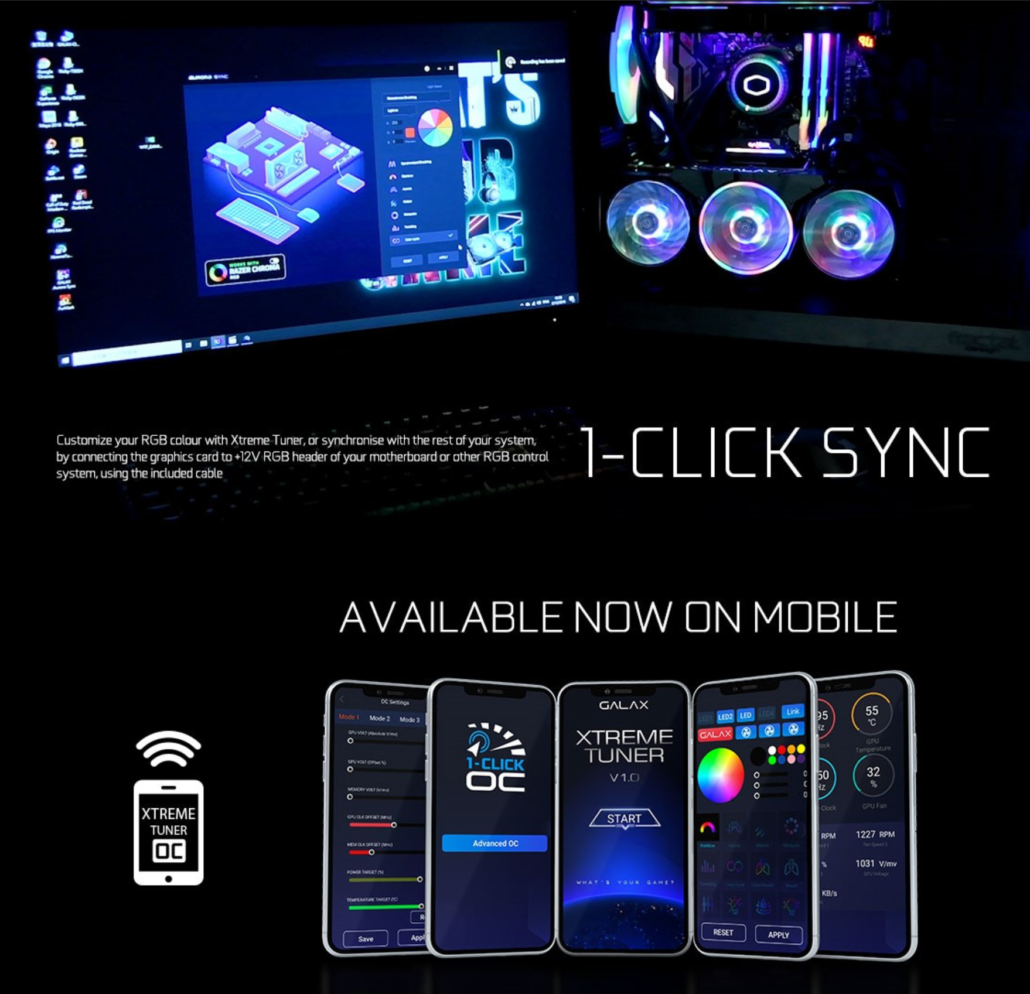 You can learn more about the KFA2 Xtreme Tuner Plus application over here!