Conclusion - The Quad Cooler Is Back!

The GALAX GeForce RTX 3070 Ti SG comes with a heavily updated cooling and shroud design versus the previous generation offerings along with a nifty list of features that make it a very interesting graphics card in the wide RTX 3070 Ti AIB market.

The GALAX SG triple-fan cooler does a great job keeping the card under the low 60's and the added features such as 0db fan technology, a nicely build shroud with a backplate and the cool RGB features are all an added bonus. GALAX has stated that the pricing should either be the same or close to the Founders Edition model at $599 US which is the most significant part. In the case of the former, the graphics card may just offer better performance and better cooling than the FE model.

The GALAX RTX 3070 Ti comes with a few added bonuses such as a 1-clip fan booster which does reduce temps by around 3-4C but you'd have to make sure that you can equip the card in your chassis as it can get things crammed up inside. The RGB support stick is a great addition and I found GALAX's four-pin cable positioning at the back of the shroud quite interesting. The card also features a 30 MHz overclock over the FE variant which should deliver a nice boost in performance. 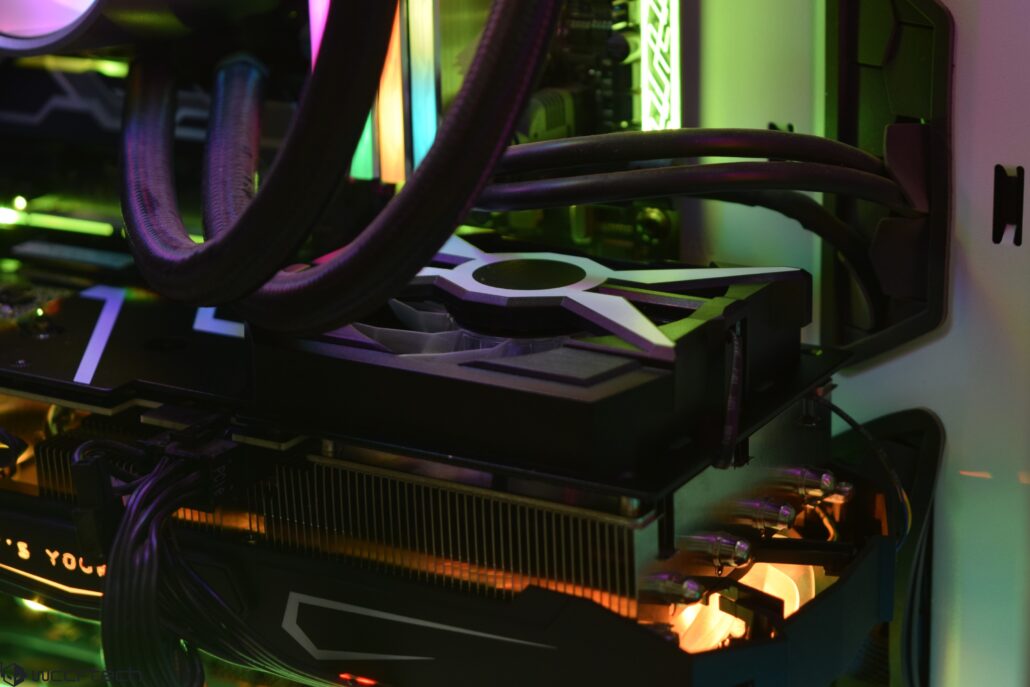 The RTX 3070 Ti is based on the GA104 GPU which unlike the TU106 GPU is a much denser graphics chip and one that requires a lot of power, even for a 70 class GeForce product. The GeForce RTX 3070 Ti SG does end up consuming slightly more power than the GeForce RTX 2080 and RTX 2080 SUPER custom designs but at the end of the day, it's nowhere near the same levels as the RTX 2080 Ti which is a big bonus. The updated ray-tracing cores also deliver a wider performance difference, with Ampere clearly being ahead.

One big limiting factor for the graphics card is its 8 GB GDDR6X memory buffer. Now while the RTX 3070 Ti SG delivers exceptional performance at 1440p and 4K resolutions that outperform the RTX 2080 Ti, there can be certain dips in minimums at higher resolutions such as 4K. It should've been better if the RTX 3070 Ti had a similar memory capacity as the RTX 3080 which should've been a more balanced design for this graphics card. 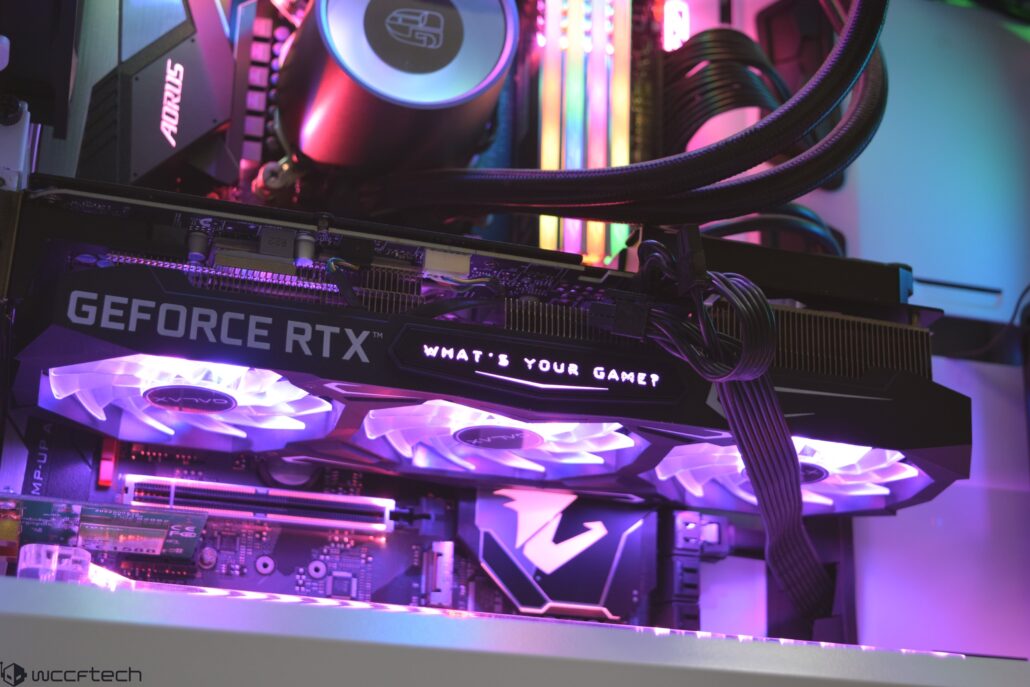 However, while I will call the GeForce RTX 3070 To graphics card is a good option for gamers, it does compete directly with the AMD Radeon RX 6800 graphics card which offers performance faster than the RTX 2080 Ti, will feature ray-tracing support, and will carry an impressive 16 GB GDDR6 frame buffer. The RX 6800 will be a real challenger for the GeForce RTX 3070 Ti and with FSR coming to more titles, it does look like a slightly better option in my opinion.

Overall, if the GALAX GeForce RTX 3070 SG can come in around a price close to $599 US, it is a decent graphics card with some interesting features plus NVIDIA still holds the lead in raytracing capabilities and its impressive DLSS suite. If you're into an RGB riddled design with a great cooling design, then it seems like the SG is the card for you!