KATANA KAMI: A Way of the Samurai Story

Spike Chunsoft’s line of roguelike RPGs are among some of my favorite diversions yet never seem to get much traction out here in the States. The Mystery Dungeon line of RPGs have been noticed with other recent releases, most notably the Pokémon Mystery Dungeon that our very own Nathan Birch reviewed fairly recently. Their latest title takes those roguelike conventions and combines them with a very unlikely IP: Way of the Samurai. The result is a spinoff known simply as Katanakami: A Way of the Samurai Story. 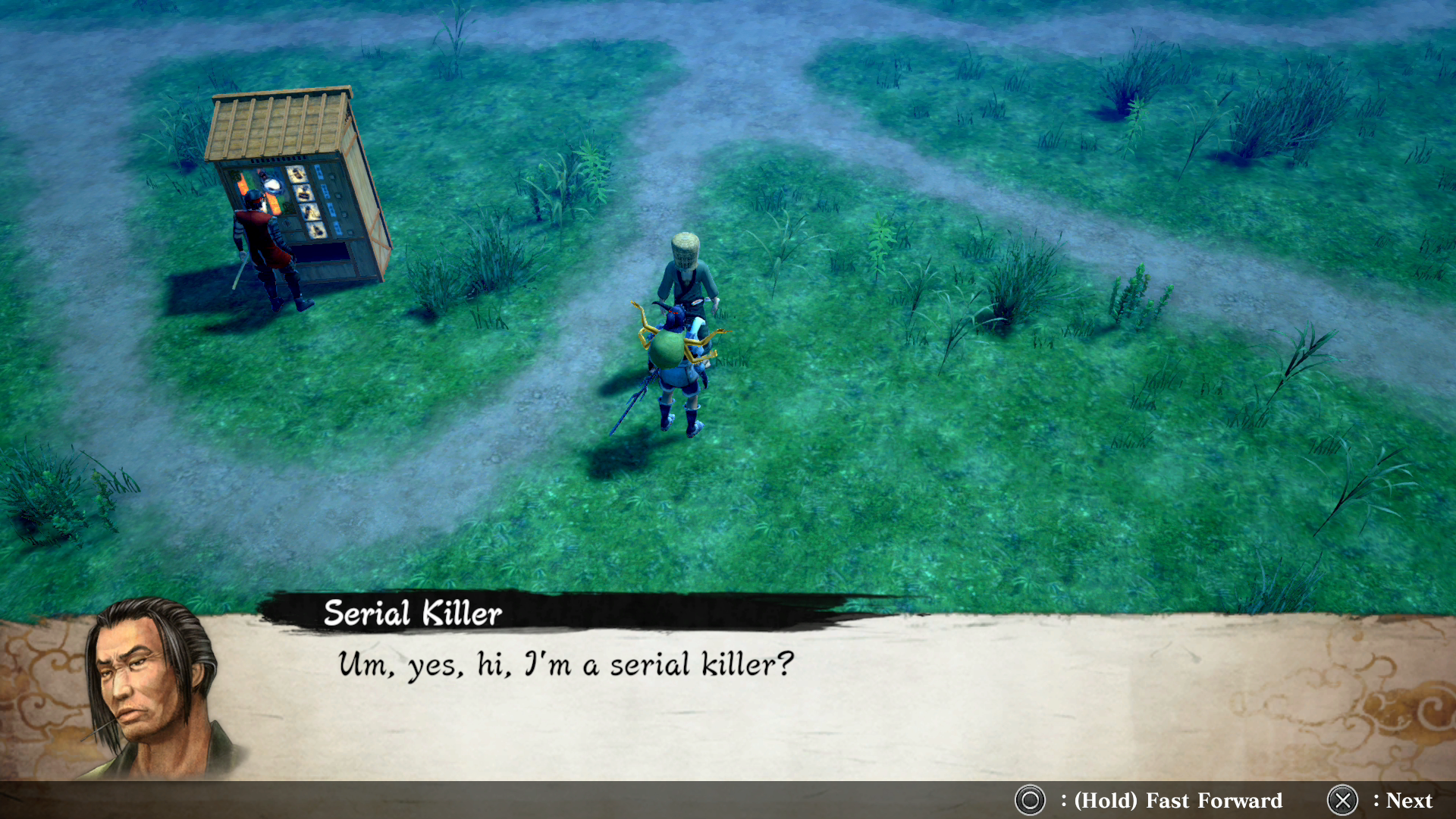 Now, Katanakami won’t require in-depth knowledge of the previous Way of the Samurai titles to enjoy but there is plenty of fan service to keep longtime fans of the first couple of titles engaged. The deeper politics of the three warring factions are still at play but the real story revolves around the town blacksmith Dojima and his crippling debt. Katanakami opens with Dojima’s daughter being taken as collateral for the massive debt that Dojima has been burdened with. As a wandering ronin with some selfless kindness in your heart, the player character opts to shoulder that burden and help Dojima pay off the massive debt in order to return his daughter back safely to the forge.

In order to pay off Dojima’s debts, it’s going to take some odd jobs that you can’t find on the surface of Rokkotsu Pass. Far below the lone pine tree named Ipponmatsu is a cave of mysterious dungeons deep within. The locals know not why this cavernous environment has so many floors or why it’s constantly shifting but true treasures lie within. It’s the player’s job to head into the dungeons within and explore them to their very end in pursuit of swords and loot. These swords can then be sold at Dojima’s smithery, either to the various factions by way of job board requests or the rare shopping frenzy where samurai of all backgrounds open their hearts and their wallets to helping Dojima’s daughter return home safely. 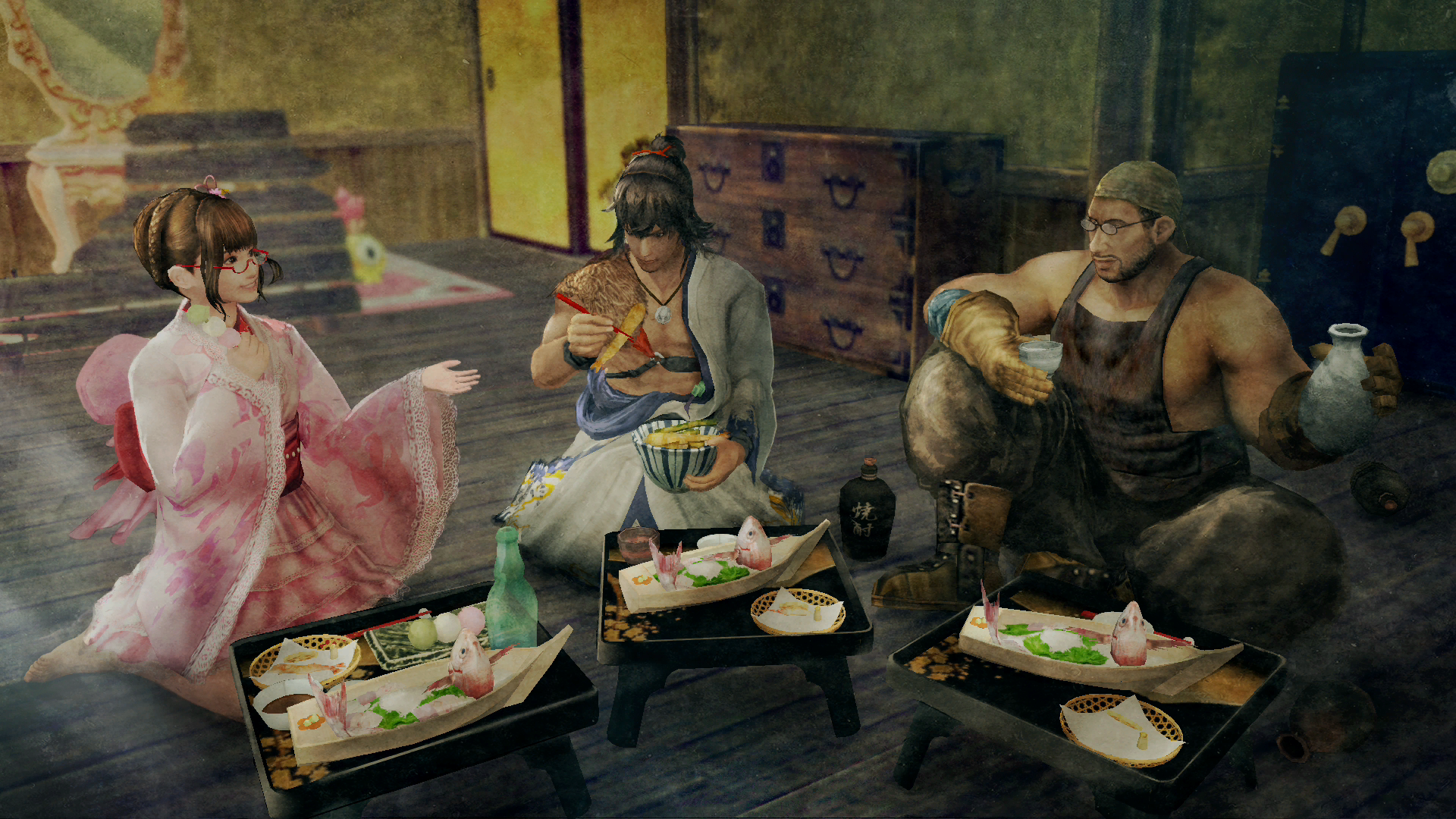 Mystery Dungeon games are usually light on story and Katanakami: A Way of the Samurai Story is no exception. Beyond the goal of freeing Dojima of his debt, there is little story to keep the player engaged in the worldbuilding of Rokkotsu. Instead, the daily newspaper that Dojima’s daughter helps pen is what fleshes out the world. You’ll get the daily goings on between the various factions, a daily horoscope and other small bits of flavor that keeps the world interesting. If you’re looking for a deeper choose-your-own-adventure that the mainline Way of the Samurai titles offer, you may find yourself to be rather disappointed. Instead, it’s the action and swordplay that fill the majority of this randomized adventure.

Katanakami still plays with the back-and-forth swordplay of previous Way of the Samurai titles and perhaps the only real shift is the moving of the camera into an isometric perspective. Blocking and sidestepping attacks is still of great importance to your livelihood but it’s the parrying that really shines in Katanakami. Pulling off a last minute parry not only feels satisfying but also opens the enemy up to a golden Kiwanis parry that can be chained one after another if you kill an enemy with the previous one. Another core mechanic is in the creative use of slowdown that’s obtained as soul orbs are filled up for your currently equipped weapon. Filling up three of these orbs imbues your weapon with an elemental attribute as well, but I often found just playing with one or two orbs was sufficient, especially because the timer to use this ability keeps refilling as you kill enemies, so it’s completely possible to kill nearly every enemy on a dungeon floor with just a single orb if you’re ambitious enough. 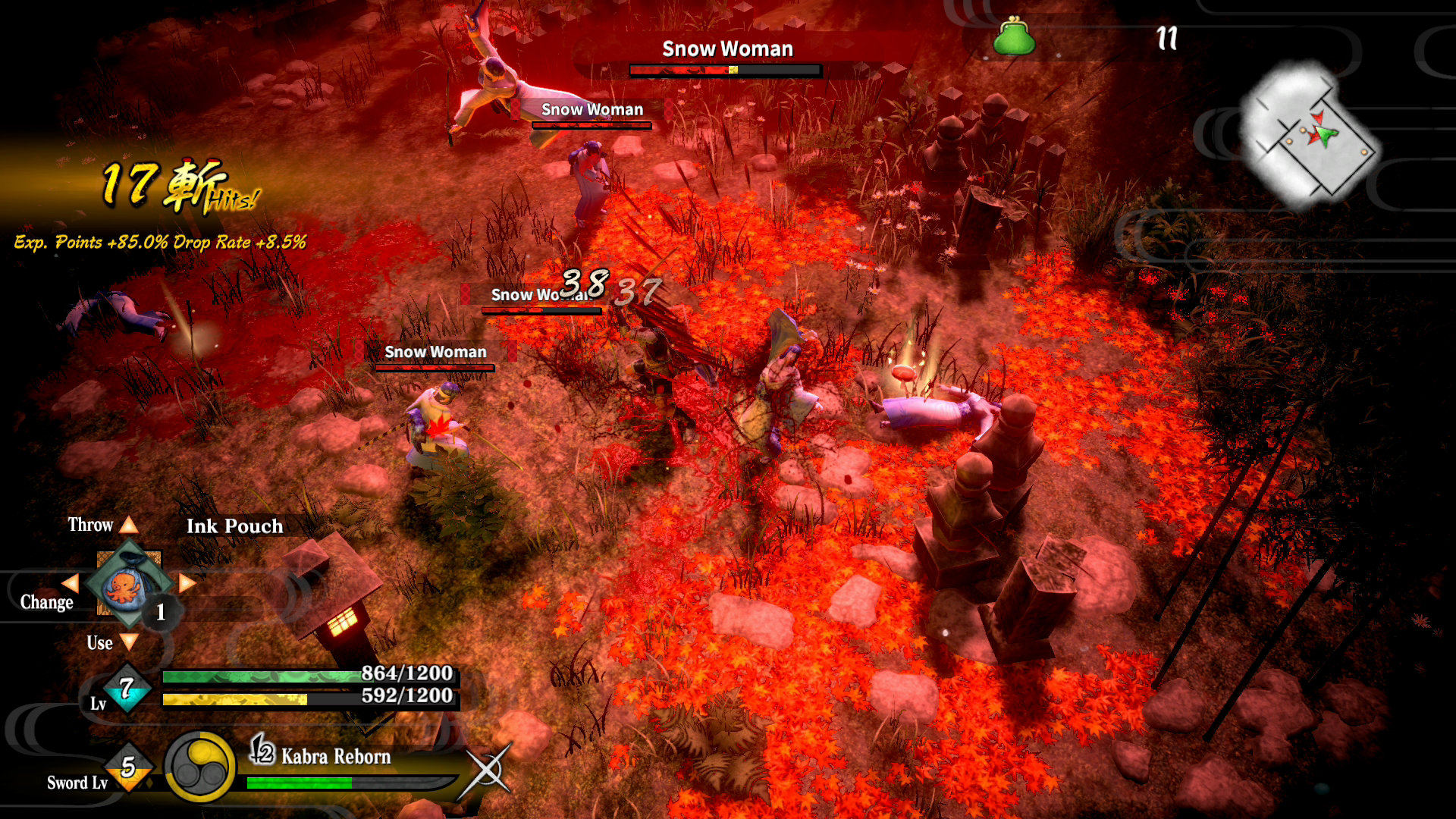 Having recently played through Sekiro and Nioh, I have a higher appreciation for the constant management of stamina and resources in Katanakami. The action gameplay may feel a little stiff at first, but as you grow accustomed to the controls, parries almost become second nature. Each weapon you come across has its own skill tree, so taking the time to stick with one sword as you grapple with the mechanics is a great way to learn how to survive in the mysterious dungeon beneath Ipponmatsu.

What I found most troublesome about Katanakami: A Way of the Samurai Story was in regards to its pacing. The primary dungeon that players will delve into is a 20-floor affair that while ever-changing will feel all too familiar whether it’s the first time or the twentieth. For most players, this will be all that you get to see in Katanakami because it not only requires paying off all of Dojima’s debt to unlock but also some extra work. Once Dojima’s daughter is released from her debtor’s prison, she can be selected as an optional AI character to join with you. Without spoiling any specifics, if she joins you on the final floor, tasks open up to unlock the second tier of dungeon floors. If you thought paying off Dojima’s debt was bad enough, the tasks to unlock the final 99-floor dungeon is even worse. This requires a betrothal gift that’s even pricier than Dojima’s initial debt as well as a couple of secret items that I discovered throughout my playthrough but may not be immediately obvious to the casual player. If you have any desire to learn more about the secrets within Katanakami, leave a comment below or feel free to reach out to me for advice.

If it weren’t for my perseverance, I never would have known about the secrets lying in Ipponmatsu Cave. Traditional Mystery Dungeon games aren’t nearly as cryptic as Katanakami: A Way of the Samurai Story and for good reason. When the latter 60% of your game is hidden away behind arbitrary requirements, most players won't stick around to see the story through until the end. Couple that with having to repeat the same dungeon over and over and over just to scrap together some extra money from selling swords and praying that a sale kicks in at your shop.

Reviewed on PS4 Pro (code provided by the publisher).

Katanakami: A Way of the Samurai Story is on the easier side of the spectrum for a Mystery Dungeon title, but the way it infuses the genre with decent swordplay.