Just Cause 3 Review – Just Because

Hype can inevitably destroy any game, regardless of how great it might actually be. Sometimes, enough money seems to be spent on advertising that we're left wondering how much effort is being put into the actual game itself.

That might be what happened here. Thankfully, patch 1.02 has solved a lot of the launch issues and we've already seen that Just Cause 3 performs amazingly on nearly anything, given the right settings. 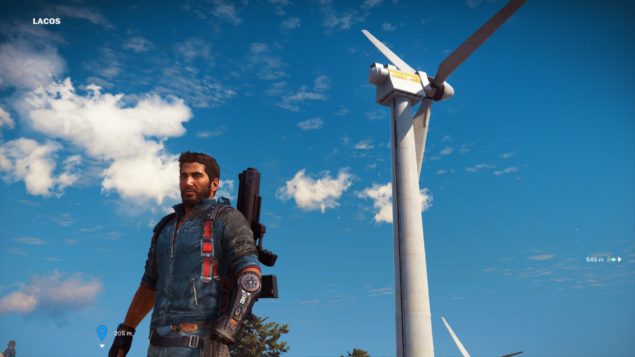 Anyone that has played Just Cause 1 and 2 will be right at home as soon as you start the game. Rico is a wanted man in a few different countries. The slightly elevated predicament you find yourself in the beginning is both a tutorial of the controls and a primer for the story.

The island of Medicii is without a doubt one of the largest and most gorgeous game worlds that I've ever had the pleasure of stepping into. It's simply massive, with mountains, rolling grassy fields and peaceful Mediterranean waters that actually look convincing with their subtle peaks and valleys. The implementation of GameWorks is always controversial and NVIDIA's technology might not perform the best, but in Just Cause 3 the WaveWorks is actually used to great effect. Recent updates have fixed the water disappearing trick, so the world won't resemble Mad Max. 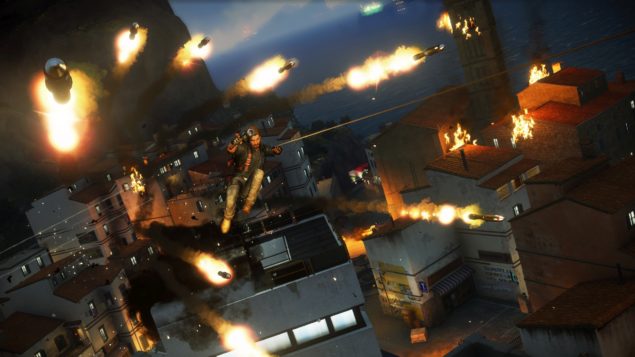 The beauty of Just Cause 3 is in its simplicity

Despite some technical niggles that I initially thought would completely ruin the game, it was a smooth start overall. Getting into the fray is the easy part, perhaps even too easy. The beauty of this is most assuredly in its simplicity. There’s a narrative tucked in underneath the explosive action, but you hardly have to pay attention to it if you don’t want to. The story is actually decent, slowly weaving a tale that will pull on your heartstrings as you fight against the oppressive (and appropriately named) DRM, systematically freeing a peaceful nation against the tyranny of an overlord.

The action is where it’s at, anyway, and in Just Cause 3 it’s plentiful and quite fun. I found myself completely foregoing any and all missions after the obligatory introduction in order to liberate the entire map. Sure, it gets repetitive, but the usual crazy physics (taken to another level thanks to next generation hardware) keeps it interesting enough that you'll want to do it over and over again. That and trying to use a combination of grappling hook, wingsuit and parachute to move about fluidly as you rain terror from above is eerily satisfying.

That repetition does eventually wear on you like an itchy, ugly wool Christmas sweater. Despite the absolutely massive chain of islands, the action is mostly the same. There’s little variety in missions aside from blowing things up. In fact, that’s all you really do: swoop in, shoot bad guys, blow up the chaos objects and call it a day.

Still, if you’ve played and enjoyed the harrowing action available in Just Cause and Just Cause 2, then this’ll feel right at home. It’s fun, but that fun only lasts for as long as you want to fly across the map looking for things to make explode. 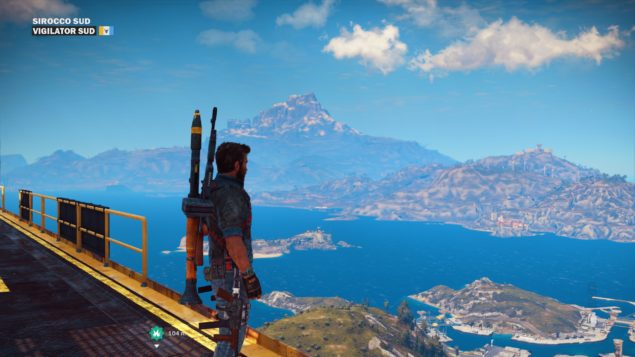 Moreover, even if the island chain in Just Cause 3 is massive, it's also kind of sparse. The cities and towns aren't nearly as large or as sprawling as you'd like, they're spread way too far apart and there aren't many of them. Since the action takes place at those locations, there's nothing really to do except enjoy the scenery in-between. It's gorgeous looking, no doubt, but it's so barren and almost a waste of space.

The great thing about Just Cause 3, however, is how casual it can be. I found it rather pleasing that I could start it up, which takes five minutes it seems unless you've enabled Steam's offline mode, blow up a town and exit to go do more adult things in no time. It's a good diversion, and the completionist in me just has to liberate all of those towns (though that may be because of a weird personal necessity rather than actual enjoyment).

But there are plenty of positives to this game. The grappling hook and wingsuit mechanics are great, and can provide some truly fun challenges. Swooping down like the Batman is a pleasure that isn't so easily emulated elsewhere. The music is similarly stunning, capturing the essence of the Mediterranean setting and the action in Just Cause 3 quite well. It even rivals movie soundtracks from the likes of Hans Zimmer and John Williams, in my opinion. Oh, and Rico Rodriguez is a riot; his randomly quips triggered when you blow things up, enter a restricted area are well written and well executed. 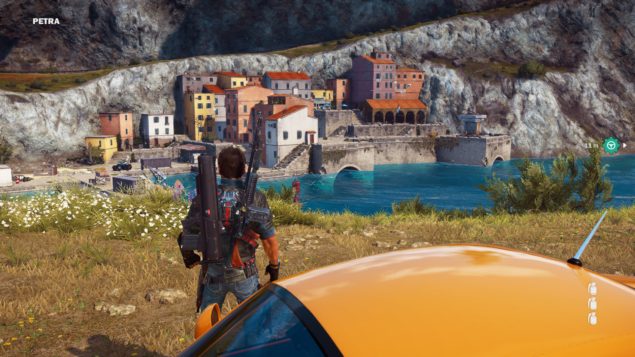 Just Cause 3 may not be perfect, but that doesn't mean it isn't, at its heart, fun. And that's with extreme emphasis. It won't appeal to everyone, and certainly there are those that won't be able to get past the poor Steam reviews that belittle the performance (when it clearly performs decent on nearly anything, with the right settings). But it does provide a bit of value that's similar to other open-world games of this nature. Fly around and do missions, or simply accomplish your own nefarious objectives. It'll get old eventually, but until it does, you'll be grinning from ear to ear; I know I did, at least.