Just Cause 3 had it's share of problems when it was initially released. On PC there were reports of issues with textures flashing, missing water and a whole host of other performance related issues. The easy thing to place blame on is GameWorks, as integration of some of those effects into the game engine of many games is usually less than efficient. Missing bodies alone point the finger at any water based effects. And that may be true, though the latest patches have increasingly made the game more playable to more people. 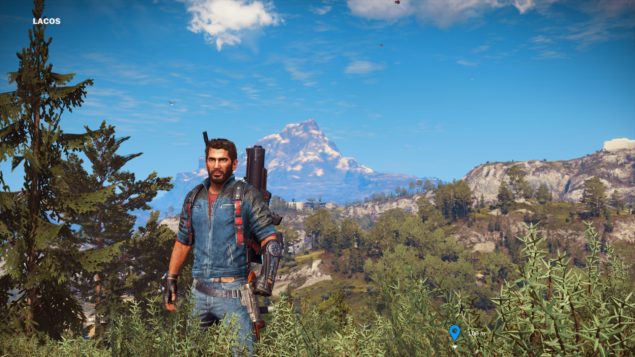 Just Cause 3 PC Performance Analysis. So good nearly anything can run it... At certain settings...

During testing I didn't encounter any issues with any cards. Performance was generally smooth throughout, despite the 960 somehow having missing water until a reboot fixed that issue. Other then that, it was mostly smooth sailing throughout testing.

Since there is no built-in benchmark, we had to devise our own method of testing. I wanted to use an area that represented a good average of all the environments. So I headed over to the south-west corner of Libeccio where I used the wingsuit to fly over a bay from a wind-turbine farm into the town of Celata. I made sure to look out into the vast scenery beyond and took a stroll through the small town. This let me account for WaveWorks, the vast outdoor spaces and the smaller town areas as well. But because of the nature of trying to test in this manner, your results may vary.

We're trying something new here to see if it's liked or not. So I've created an interactive infographic that should provide all the information usually found in the usualy graphs. It likely won't be accessible via mobile, at least not interactive, but it's certainly something that's far better looking than we've made before. So take a look: