Lady luck has been riding on Intel’s side for a very long time now. It seems that whatever Intel decides to do turns to gold, in contrast no matter how hard AMD tries it turns to dust (usually under its own pre-release hype weight).

With the recent release of 3 series processors based on second generation core architecture beefed up for the enthusiast segment, Intel has all but sealed the high end processor market. But Intel never does anything halfway. No siree bob! Intel releasing a new processor without forcing users to buy in on a new platform is like having egg on (Intel’s) face. This time around Intel has decreed that not only us end users will have to buy a new motherboard, we will also have to invest in a new cooling solution separately.

Today we’ll be looking in to one aspect of Intel’s decree: the motherboard. And what better way to start than with Intel’s own high end board the Intel DX79SI

As you can see this is not a feature laden board. In fact it provides just enough functionality to be well, functional!

The board comes in a large cardboard box with a flip top lid and a cutout which shows off parts of the board.

The board comes with the usual accessories (SATA cables, back plate, a large quick install guide, and thermal probe) as well as a Wifi/blue-tooth module (boxed versions only).

As with all Intel high end boards, this one features the ‘skull’ theme as well. The PCH (X79) is covered with a low profile heatsink that connects to (via heatpipe) a larger heat sink over power regulators. The heatsinks are ‘nothing’ special and will probably come into play during ‘extreme’ over-clocking scenarios.

As the processors powering this board feature a quad channel memory controller, 4 banks of memory slot are located in front and behind the CPU socket.

The socket itself has a different layout as compared to recent Intel designs. To keep the beefy processor nice and snug the socket features two locking mechanisms. The socket has markings which show which mechanism to lock first. The new socket necessitates the purchase of a new mounting mechanism for your favorite cooler if the company offers one. Worst case scenario is that you will have to buy a new cooler. There is enough clearance around the socket to use the largest of aftermarket coolers. Using memory sticks with extra tall heat sinks can however be problematic. 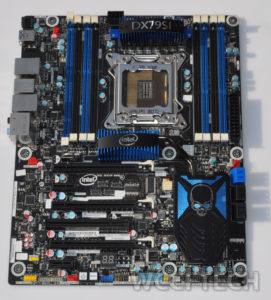 The left edge of the board has the usual USB 2.0 (4), 3.0 (1) ports as well as front panel connector. Onboard power & reset buttons, another 4 pin fan connector together with diagnostic LED display complete the functions of this side of the board. A series of ‘diagnostic’ LEDs are located next to the two digit LED display. They glow green if various components of the system (motherboard and processor) are working okay. The hard-disk activity LED glows ‘blue’ during activity.

The X79 (described below) is located in front of the USB ports. It is covered by a low profile heatsink which has the ‘skull’ symbol on it.

The board features three PCI-e x16 slots of which two offer full x16 bandwidth. The third is physical x16, electrical x8. The full speed x16 slots are separated by a PCI-e x1 slot. This means that any dual GPU solutions employing a large heatsink solution (just about all high end GPUs) will have minimal separation if plugged into the full speed slots. This will add to heat generated by the system. As LGA 2011 processor have Generation 3 PCI-e lanes, these slots are fully compatible with PCI-e 3.0 compliant GPUs.

The board has 4 fan connectors which are color coded in red. All are 4 pin PWM type.

The sparsely populated rear IO area has only the bare essentials. Dual Gigabit (Intel NICs), USB 2.0 (6) and 3.0 (2) ports, firewire, audio outputs and a back2bios button are all that make up this area of the board. The back2bios button glows red when activated. This will make the board boot into the BIOS no matter what. 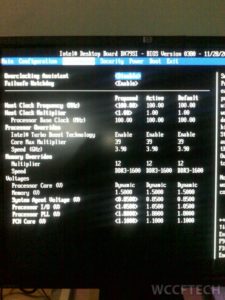 While everyone else (including Gigabyte by now) have jumped on to snazzier looking mouse driven EFIs, Intel seems to be sticking to the adage –old is gold and still forces the user to stare at a black screen with text display.

Intel could be forgiven for sticking to the ‘old’, but the arcane interface is something which Intel can’t be absolved of.

Intel has a version of Xtreme Tweaking Utility (XTU) in works for this board. However right now it is not listed on their website, which only provides a version of desktop utilities. Our sample did not come with a driver disk and thus we cannot test the XTU. 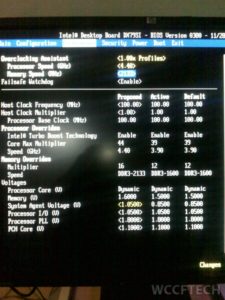 All our over-clocking was done via the BIOS interface which does offer an ‘over-clocking assistant’. Enable it and selecting a suitable base-clock multiplier together with the implied target speed automatically adjusts various voltages.

We were able to achieve a 4.4 GHz with the assistant without much fuss.

The X79 is almost a mirror image of Z68, with the lack of one very important feature. The X79 does not feature Smart Response Technology (SRT). SRT increases hard-disk through put by using a small SSD as a cache drive. 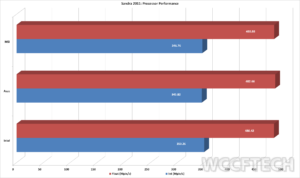 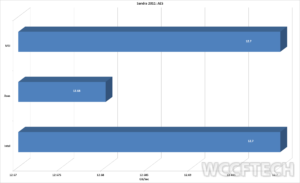 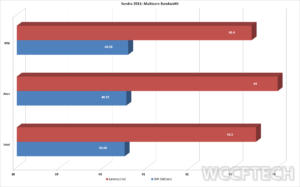 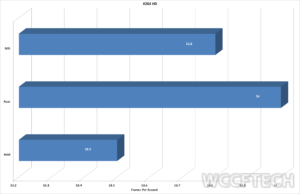 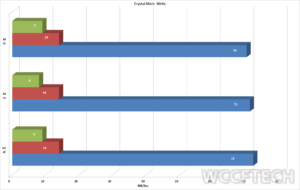 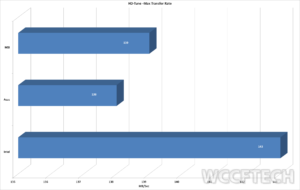 Intel has a good board that does things as good as any other X79 tested today. However when it comes to ease of use we do find the Intel board lacking. Starting from the BIOS which sadly seem to be stuck in the last decade. The heat sinks on the power regulation circuitry are ‘nothing special’ and are there to get the job done and not excel. Finally the layout of the PCI-e slots could have been better allowing more room for GPUs in multi-card configuration to breathe easy.

Having said that, Intel must be commended for getting out a board that over-clocks just as well as the competition and did not once bail on us during testing. It is also not the most expensive board on the market. Those users who want a stable system, and perhaps are not looking for a dual GPU desktop will find this board fitting the bill perfectly.