Immortals Fenyx Rising surprised us late last year with its colorful presentation solid mechanics and hilarious writing that set the game apart from the multitude of open-world games released in the past few years. The same did not happen with the A New God and Myths of the Eastern Realm expansions: both of them did very little to expand the game, featuring more of the same and, in the case of the Myths of the Eastern Realm expansion, a very uninspired more of the same.

With a complete change of perspective, going from a third-person view to a top-down one, the Immortals Fenyx Rising - The Lost Gods expansion promised to finally spice up the experience of the main game. Does it deliver a truly fresh experience, however? It does, although not by much.

Immortals Fenyx Rising - The Lost Gods is set right after the end of the A New God expansion. Fenyx has finally taken his place among the gods in Olympos, but things are far from being perfect. Powerful gods like Hades, Poseidon, and Demeter have no intention of coming back to Olympos due to long-standing feuds with Zeus, and it is up to Fenyx to solve the situation and make the Pantheon whole again. Unfortunately, he is stuck in Olympos and has no other choice than to name a Champion and let her do all the dirty work for him. Enter Ash, a devoted mortal who eagerly accepts to help Fenyx bring the lost Gods back to Olympos.

As it is a direct continuation of that featured in the main game, The Lost Gods' story is definitely enjoyable, and those who liked Fenyx's adventure on the Golden Isle will definitely like Ash's journey to the new islands where the lost gods have made their own realms. The humorous writing seen in the original has been toned down considerably in the expansion, but it's still there and it is decent enough. Don't expect anything deep or any surprising twist: the story goes exactly where you expect it to, and the gods' characterization doesn't really go beyond what has been established in the main game. 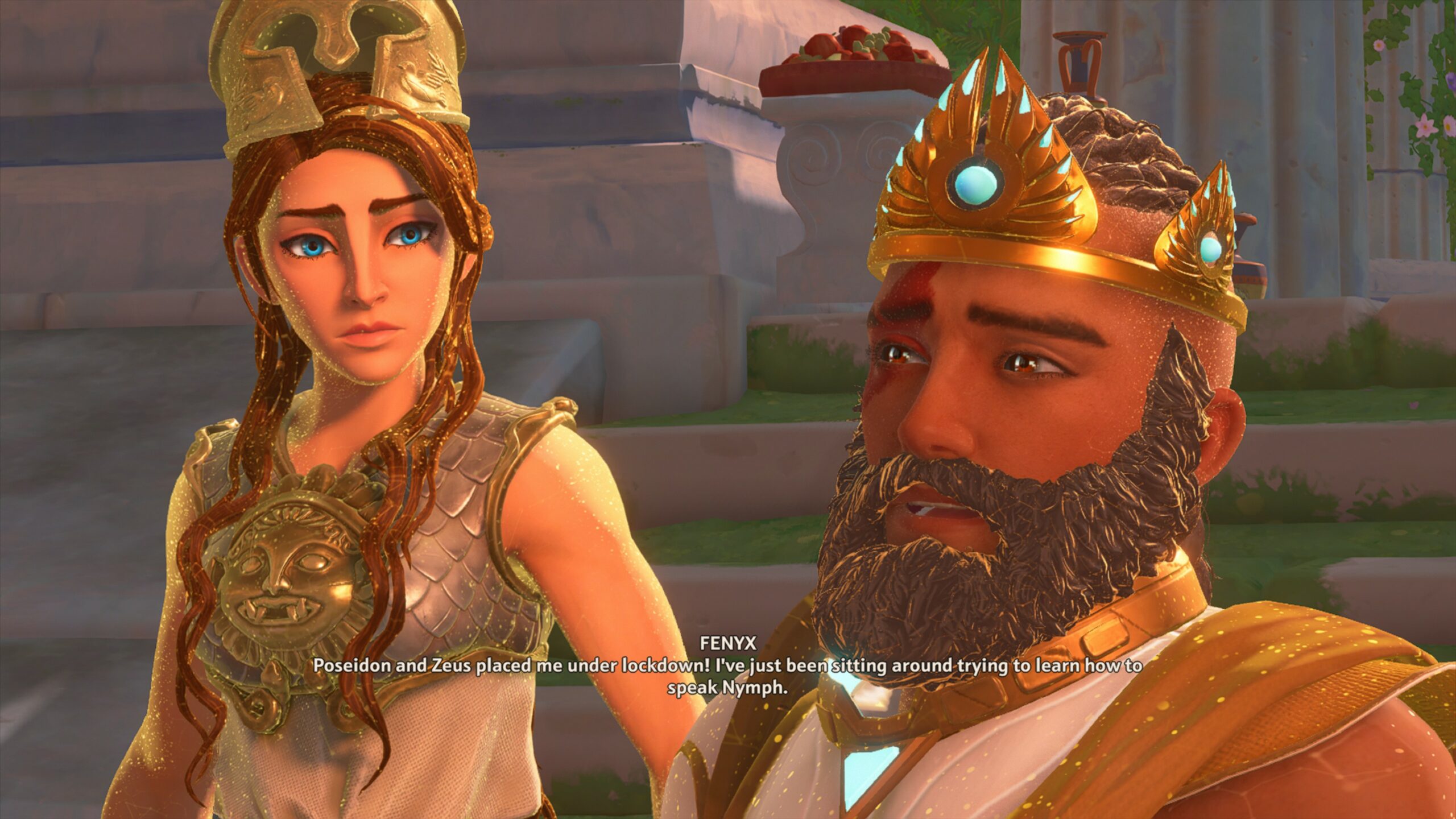 Even with familiar writing and story, Immortals Fenyx Rising - The Lost Gods does manage to feel somewhat fresh, thanks to the new top-down perspective. This change is not just an aesthetic one, as it influences the experience in its entirety, helping it set itself apart from that of the main game and the two previous expansions.

With the new top-down view, Ubisoft Quebec has fully gone into The Legend of Zelda territory, making The Lost Gods feel and almost play like one of the classic entries in the series. In the expansion, players will guide Ash around as she explores the new islands, fight bad guys, venture in Vaults of Tartaros, solve puzzles and gather items, which are the same identical things Fenyx did in the main game, but the new perspective improves pacing a lot: combat feels a lot faster, puzzles are way more streamlined, although they are still powered by the same mechanics seen so far, and the content bloat seen in the main game is considerably reduced. Everything makes for a more focused experience that is somewhat more enjoyable, even though you can still decide to roam around the map in search of optional content not needed to move the story forward. 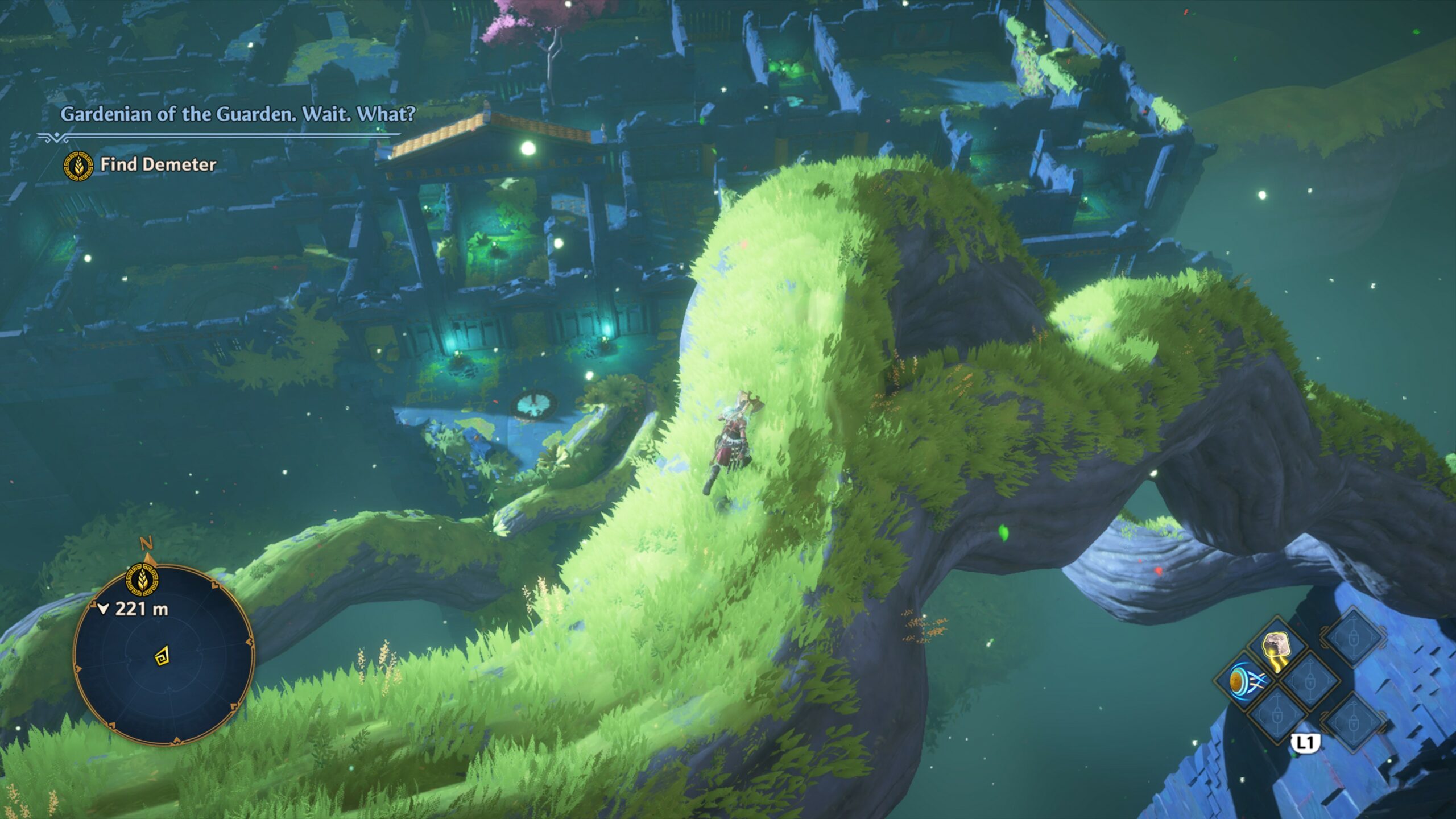 Exploration has seen some pretty important changes, and it's these new mechanics that make The Lost Gods feel a lot like a classic entry in the Zelda series. Like in the classic Nintendo series, the entirety of the map is only apparently open for exploration at the start of the game: to reach certain areas, you will require certain abilities, or you will need to present the Gods a proper offering at the Altars. These offerings are items that can be found around the map, or that can be obtained by completing side-quests or defeating certain enemies in battle.

Combat mechanics have also seen some changes in The Lost Gods, but not by much. Ash starts weak, but over the course of the adventure, she will learn all the same skills that brought Fenyx to victory against Typhon. While it's the same familiar powers seen before, the fact that they are unlocked slowly during the adventure forces the player to learn all the ins and outs of the abilities and how to use them properly. All enemies from the main game come back in the third expansion, but they all feature some new attack patterns that spice up the experience a bit. Some of these new patterns are quite varied, requiring players to mix dodging and parrying way more than in the original campaign. Enemies are also somewhat more aggressive, which makes combat in The Lost Gods more challenging and engaging, even on the regular difficulty level.

The fact that enemies are a little stronger, and that special abilities are not all unlocked from the get-go, forces players to engage in the new progression system that lets them customize all abilities and Godly Powers, increase stats, and more. This new system requires players to enchant abilities with different essences that unlock additional properties like the ability to use the skill in the air, additional damage, improved parries, or that increase health and stamina. This system, coupled with some tweaks to the equipment system, is a breath of fresh air that opens up some very interesting customization possibilities. The fact that it is only possible to enchant abilities by accessing Altars contributes to making combat a little more challenging than expected, as changes on the fly are simply not possible. 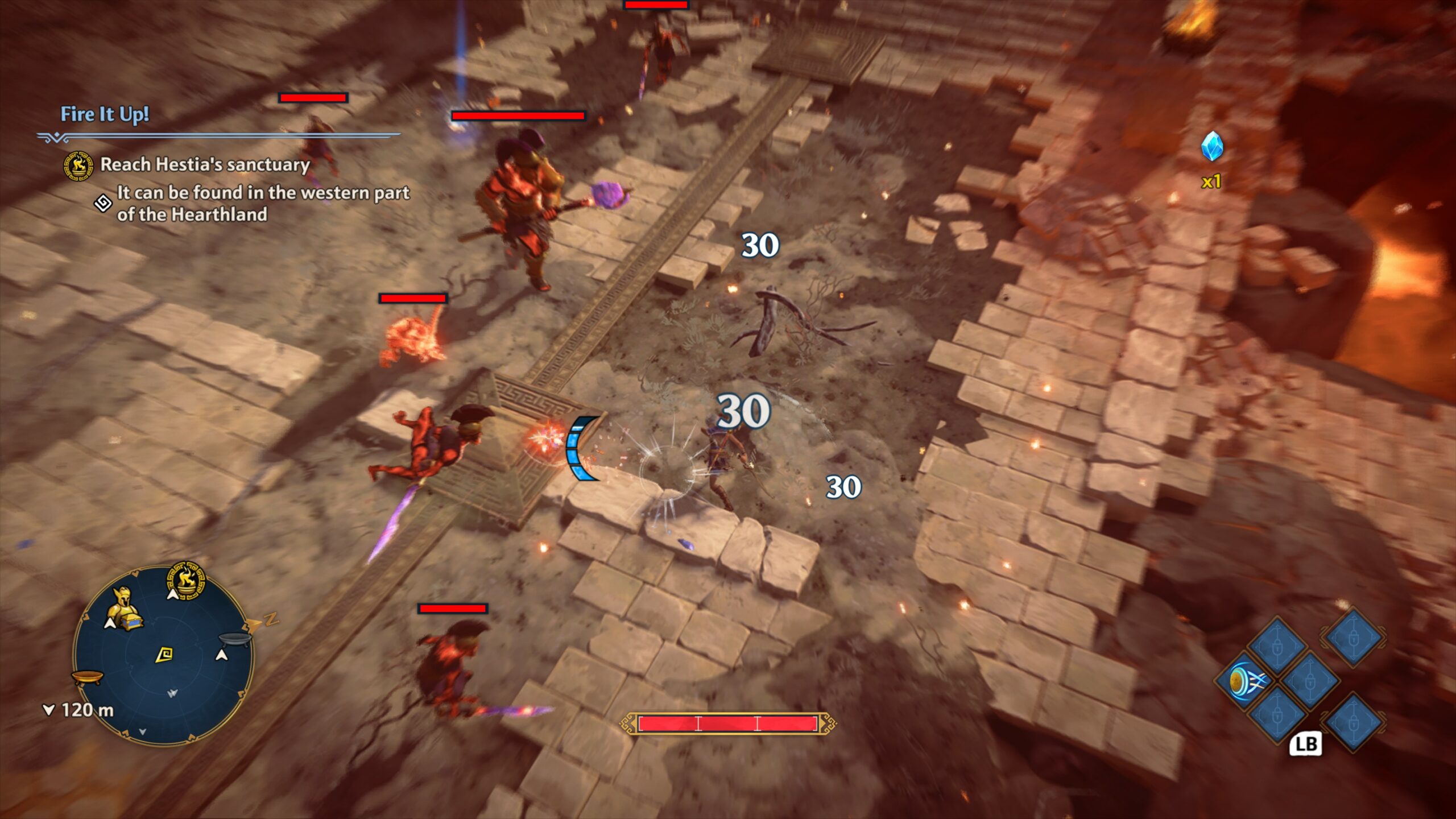 The new progression system introduced in Immortals Fenyx Rising - The Lost Gods is also deeply tied to the new item system. Pretty much everything in the game needs to be unlocked by using items scattered all over: enchantment slots need items to unlock, and so do temporary boosts to attack, defense, and stamina regeneration, changing time of day, and even saving the game. This is probably the only mechanic where the new expansion feels a little bloated: there are way too many items, and it can be difficult to keep track of them all.

The presentation in Immortals Fenyx Rising - The Lost Gods is not much different from that of the original game, although the change to the top-down view comes with a reduction of detail for locations and character models. Cutscenes are also way fewer in number, which is no surprise considering the developer has gone with the classic Zelda feel for pretty much every feature in the game, including dialogues that are presented in windows like in classic role-playing games.

At the end of the day, Immortals Fenyx Rising - The Lost Gods is still more of the same, although it is presented in a new way that makes it feel somewhat different and that fans of the game will surely enjoy. If you have had enough of the Immortals Fenyx Rising experience, however, the tweaks to exploration, progression, and combat may not be enough to make you come back to the game for yet another journey to help the Gods.

With a new top-down view, solid world design, and much better pacing, Immortals Fenyx Rising - The Lost Gods is, without a doubt, the best expansion released for the open-world game by Ubisoft. While the experience it's not fundamentally different from that introduced in the main game, the tweaks to exploration and combat make the new journey enjoyable, especially if one hasn't had enough of Fenyx's universe.