I've always liked wireless headsets. It doesn't matter what I'm doing, I have that freedom to just wander off and still be listening to Brooklyn Nine-Nine on Netflix, that YouTube video I happen to be watching or just the music I'm playing to myself. Being untethered is brilliant, though not without its issues. One such issue tends to be price and this is something HyperX is looking to combat with the Cloud Stinger Wireless Headset.

Let's get the price out of the way, to begin with. The Cloud Stinger Wireless Headset comes in at an RRP of £79.99 or $99.99. For a headset by HyperX, a company known for putting out decent quality headsets, this is particularly cheap for one that's wireless. Naturally, being priced as low as they are, you're going to wonder where the trade-off is. There's always a trade-off somewhere, right? That's what I'm here to find out. 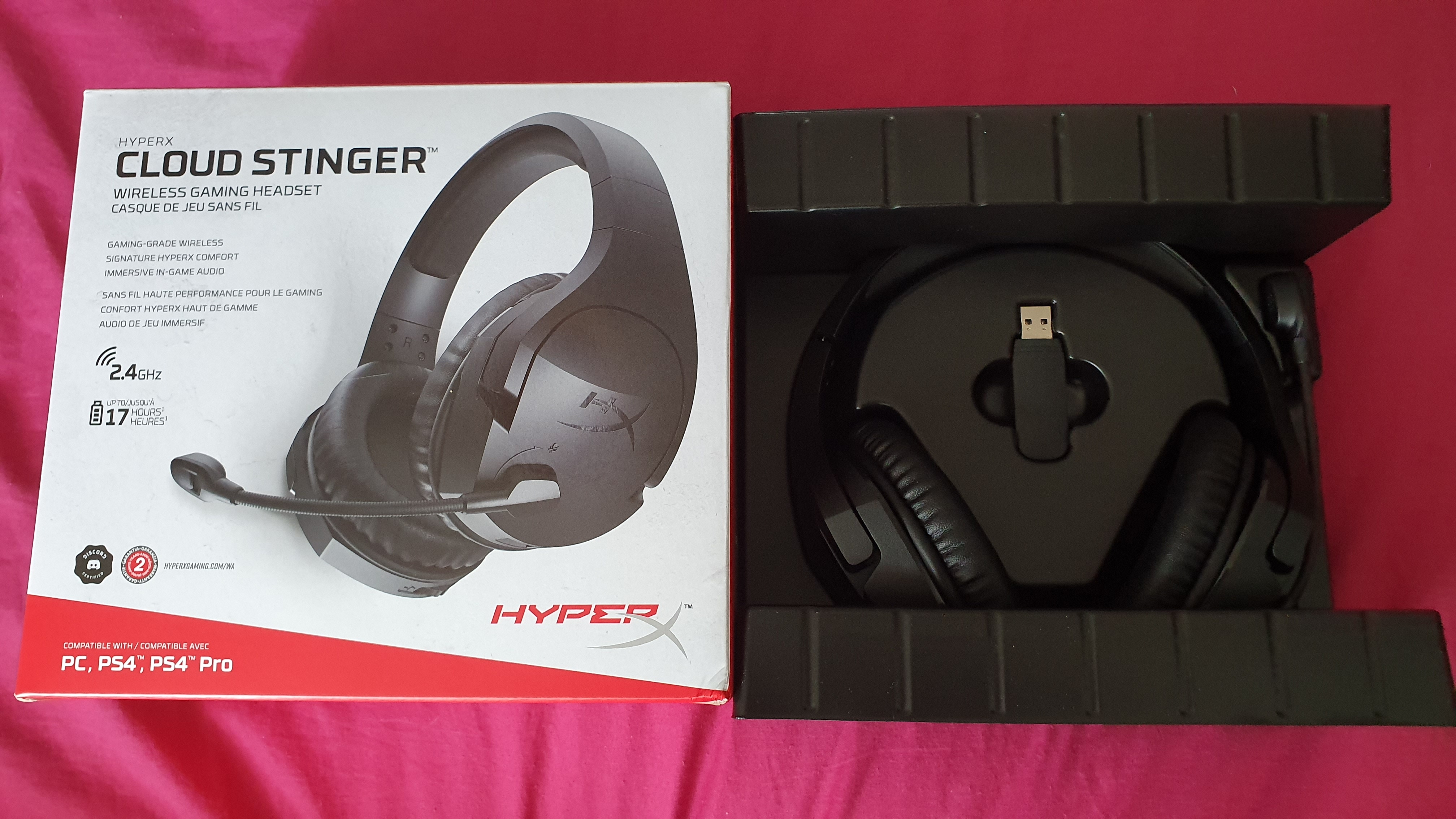 Naturally, there is a trade-off. The first you'll notice is in the build of the headset. When you compare the Cloud Stinger Wireless Headset to the previous HyperX headset I reviewed (the Cloud Revolver), you can see a large difference. There are no thrills here. The headband is a highly adjustable plastic frame, with a thin steel band running through it and a thick foam padding adding protection for your head. There's one thing that can be said for the headset, there's quite literally no head it can't fit thanks to a huge range of extension on each cup.

When it comes to the cup, by far the most important thing for comfort on any headset, these have proven to be reasonably surprising. With a large cup size that rests around the ear and over 1.5cm in memory foam padding, the headset is genuinely one of the more comfortable pieces I've worn. What also helps with this is that the weight is non-existent, coming in at just 270g (according to the official page), combined with the size of the cups, even the longest of sessions will remain comfortable.

Now, this is all so far, so good, when it comes to the design decisions. There are a few flaws. First and foremost is the cable that comes with the headset. So, I don't know about you, but sometimes my wireless headset is going to run out of battery life. I don't care if they have a battery life that's a week-long, mine will run out, if only because I forget to charge them up. You won't be using these wired thanks to what is a very small 1-metre charging cable. Also, isn't micro-USB dead yet? 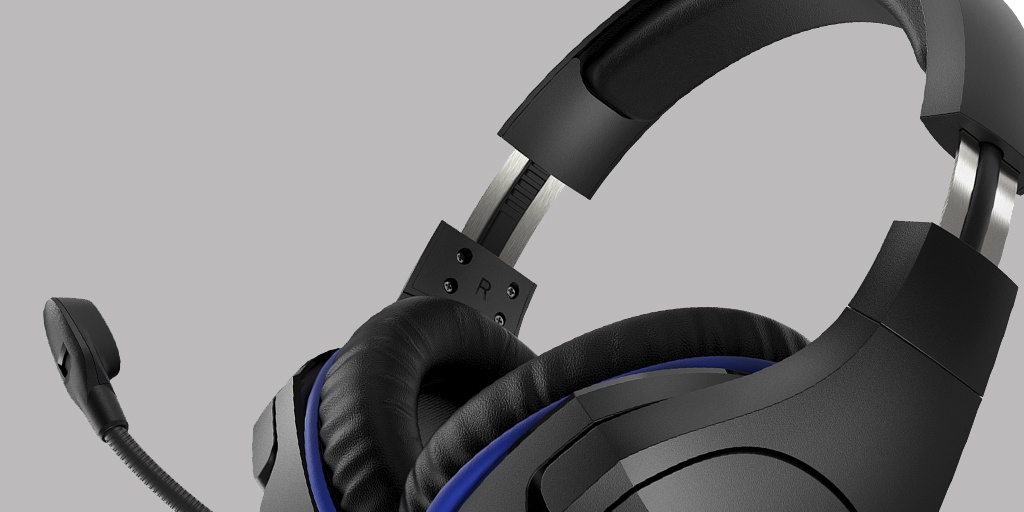 Being purely wireless, you'll find that you don't have an audio jack too, which limits the compatibility of the headset. Specifically, it's for the PC and PlayStation 4 range. While not officially supported, you can use it with the Nintendo Switch while docked. I will say fair play to the wireless dongle that comes with it because the range is impressive. In my house, with walls and floors in between me and my PC, the headset rarely cuts out. I have no doubt that, with no impediment, the stated 12 metres wireless range is pretty accurate.

If there can be any other minor issue to talk about, it's the microphone. Particularly, the fact that it's permanently attached. Fortunately, it's quite small and sleek - letting it meld into the headset pretty well. To be fair, everything about the headset is actually quite sleek and nice. Even the HyperX logo, which is usually added on and sticks out, is simply carved into the plastic. It's minimalist design at its best. 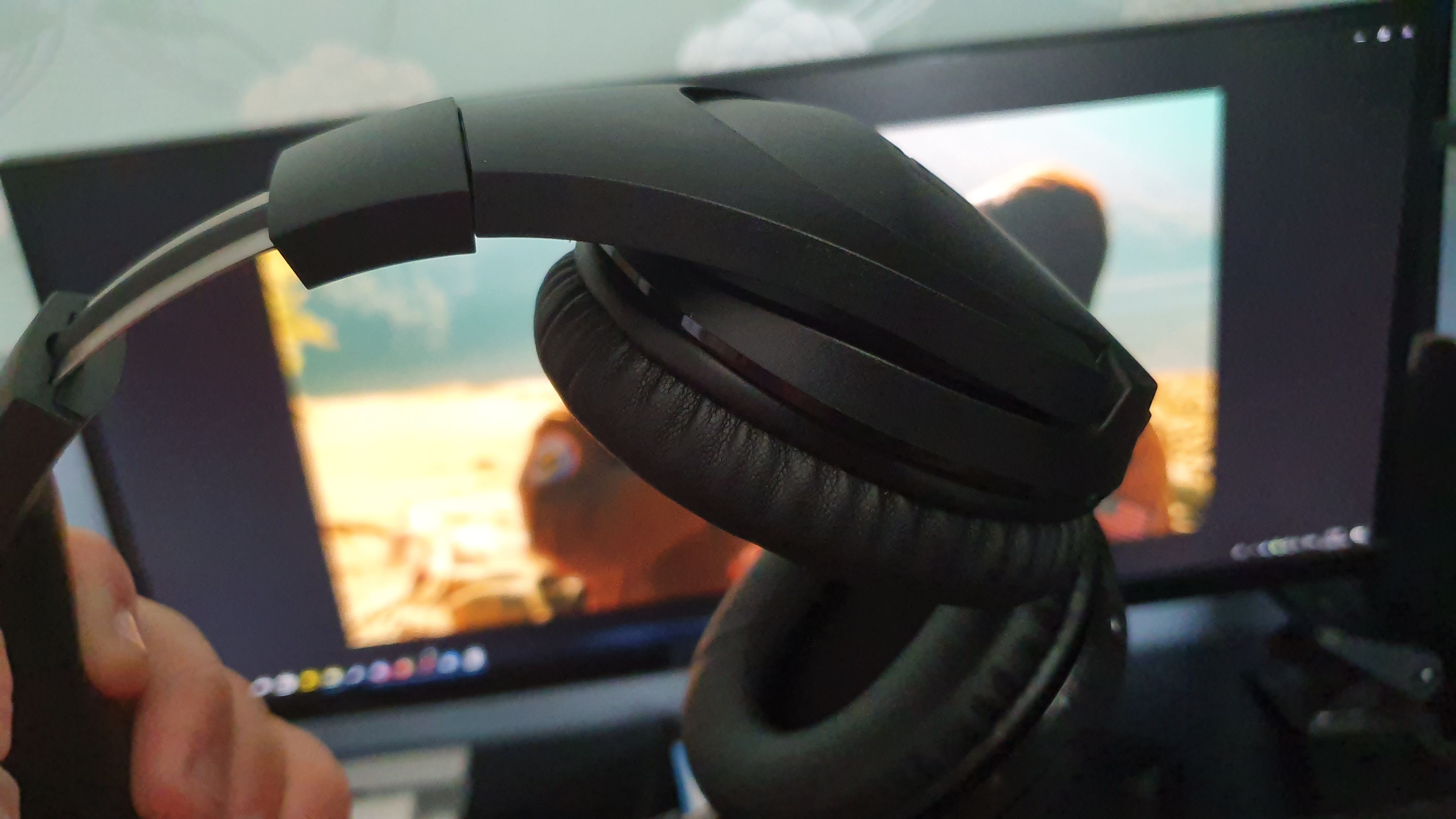 I Hear You! Can You Hear Me?

When it comes to the audio quality of the Cloud Stinger Wireless Headset, there's absolutely nothing to complain about. When it comes to volume quality, I find myself watching Netflix at around 30 per cent volume, rarely going to 40 or above with even the quietest of games. The max I've found myself listening to anything is on 60, that being music - particularly rock. Higher than that and even my ears, as damaged as they already are from gigs and loud music, weren't happy with it. Simply put, the volume range is perfect.

Now, naturally the higher you pump it out, the more distorted it becomes, so you're going to find that sweet spot somewhere. When you have found it, what's the audio quality like? Well, I should make it quite clear that I'm no audiophile. I can go through basics, detect when the bass is given the right focus (Okay, I just listen to Hysteria by Muse). Do I know more than that? Oh god no, I'm a "does it sound good?" Sort of reviewer. So, does it?

Yes, it does. Now, there are some slight issues, but this is something to expect from what is essentially a budget headset. Some details can actually get a little lost by the headset, though I can't really complain due to the price of the headset. The one real issue is the microphone. As I've said, it's permanently attached, but that's by-the-by. The problem with it is that the volume is just too low. I've found myself having to adjust the volume a little on the PS4 and Discord, but other than that, no complains. 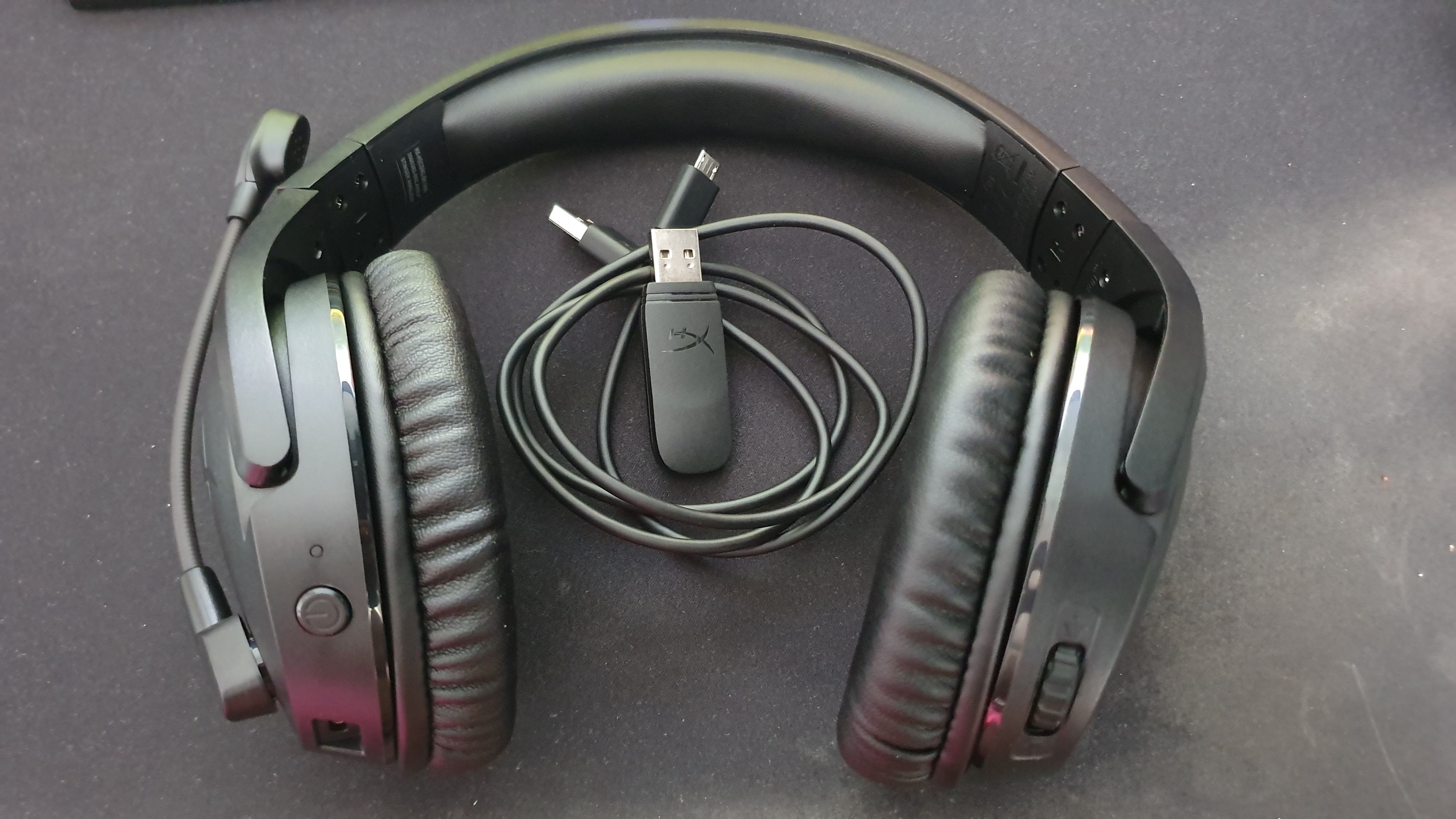 Keeping Charge and Rounding Up

If there's one thing that's worth talking about, it's the battery life of the Cloud Stinger Wireless Headset. The claim of 17 hours of battery life is close to the mark. In usage, you may find you lose a few hours here and there, but one charge will get you through a full day of constant usage, more than a few days if you aren't persistently using the headset. Charging it up, a couple of hours and you're happy.

Considering the price you'll pay for the headset, there's little to find at fault with it. For £80/$100, you're hardly likely to find a better all-around wireless headset for the price. Sure, other headsets that cost more will have a better sound range, they'll even be sturdier and made out of better materials. Still, you get what you pay for and, frankly, you're getting more than you've paid for here.

Would I recommend the HyperX Cloud Stinger Wireless Headset? If you're looking for a reasonably priced wireless headset, yes, I would.

The HyperX Cloud Stinger Wireless Headset offers great value for money, featuring high-quality sound on what is a comfortable and fairly decently looking and built headset. There are slight issues, such as a temperamental microphone, but at a cost of £79.99/$99.99 for a wireless headset with a battery life of fifteen+ hours, there's very little you can say other than this is certainly one to think about.