I am a huge fan of Amplitude; the developer has proven itself repeatedly with its Endless series of titles. It was no secret that if I trusted any studio to make a challenger to Civilization, Amplitude would be that studio. This was more than clear in my previews of the game, both hands-off and hands-on. This was my original intro for the review of Humankind. Still, due to personal circumstances and a fair amount of procrastination, on top of that, I've not actually written the review until after launch.

This is a benefit for Humankind. Before launch, two of my saves hit a point where the game would not advance. Game-breaking bugs. I also encountered a few graphical glitches, such as icons not staying on their assigned grid but simply sticking on my screen or the game not showing menus at all. The only way to fix these would be to restart the game and reload my save.

The day-one patch has fixed these issues for Humankind. Issues that haven't been resolved are a few bugs where the background code shows, rather than the text, number, or image it's meant to draw. I've also got a perplexing issue in one save where every city loses unlimited stability. Nothing will fix it, and any time I build something to increase the stability, it just takes the increased value off of my base stability increase, nullifying itself.

Not exactly an ideal start to the review, is it? Still, while we're talking about issues with Humankind, let's talk maps. I absolutely adore the world of Humankind, and I have no qualms in saying that. About terrain, no 4X has ever done it as good as this. The terrain has natural slopes that realistically raise and lower, creating impassable terrain, chokepoints, and natural borders. This would be perfect if it weren't for the regions, which are both great and crap in almost equal portions.

I love that you control an area around the city, not just the city itself. I love that you can build an outpost in a joining region and attach it to your city, using it as extra land and eventually making it one huge metropolis similar to that of the many big cities in the world. What I don't love is that, due to the areas being pre-determined, you can find a perfect place to build a settlement that happens to be at the border of an area, meaning you're limited in the direction you can expand your city until you have the required influence to build an outpost in another area. I never knew Neolithic tribes were so stringent over borders!

I understand why. It was likely impossible for the game to generate these borders as you put down your outpost or exit the Neolithic era. This system is great when you move into the future, and the slow expansion of cities, the urban sprawl, is represented on the map. The cities look great too, different districts changing as you choose your faction. Your wonders acting as a magnificent beacon to the rest of the world. The cities look as good as, if not better than those in Civilization VI, which I heaped praise upon in my review.

What I don't like about building, however, are the limitations and difficulty in balancing your city. Understandably, the more you expand and grow, the more food you need. So far, so fair. Every time you build a district - with few exceptions - you can take a reasonable hit to the stability of your city. I think the hit can be a little too large, and you also take a stability hit by attaching a district to your city. I understand that Amplitude doesn't want you to create Mega-City One, but you can barely create New York.

I like the limitations on wonders, requiring specific terrain tiles and areas, and how wonders are distributed. You can get a monopoly on most of them, but you'll have to push for Influence production to be able to claim the wonders before others can. I also like that most regular structures don't use up space and that several districts are limited to a particular faction. Cities can be a jack-of-all-trades in Humankind, but you can specialise, it all depends on how you want to expand, but there are limits due to the huge impact of stability.

Speaking of specialisation and factions, factions are very specialised. You'll notice this based on their perk, the limited building and units made available to them. In the Industrial Era, the Zulu's have the Warrior's Pride perk, which increases health regeneration of units by 50% and increases their combat strength by 2 when in friendly territory. They also come with the unique Warriors' Izindlu structure, which helps to increase the stability of your city and increase the attack value of a friendly unit in or adjacent to the district. They also have the Impi unit.

As you develop through the ages, you'll be gaining stars to mark your progression. There are many ways to gain these stars: scientific development, population, war, building districts, and expansion. Once you do, you'll get to advance through the age and select a new culture. Now, you must remember that you can't build the unique units and structures once you advance, so if you want them, get them built. Fortunately, the traits of your previous cultures are carried over and stacked, which can be very valuable and create powerful combinations.

It also creates a culture rush early on because you want the best culture. The Zhou in the Ancient era, followed by the Achaemenid Persians in the Classical era, can combine to make an empire set to grab land and expand. The Zhou give a +2 stability boost for each district, reducing the negative effects of districts by 20%. The Achaemenid Persians give a +10 stability boost to any city and district and increase your city cap by two. No matter your style of play, you can specialise, or you can move from era to era, never fixed into one single playstyle.

This is especially useful when, looking at science, you start to fall behind. Speaking of science, there's nothing majorly different here than most games with science trees. The more science you generate, the quicker you research new upgrades. There are ways to game the system, as with most titles, which can be amusing when you have guns against the enemy's pointy sticks.

This element of choosing your own path, and being able to change over time, is also continued brilliantly in the story-like decisions offered to you over time, many of them leading down various paths. Many of them also have a direct impact on civics, unlocking them. Using your influence, you can select between two options on several civic choices, directing your nation across four lines, showing eight separate values - each value in a pair diametrically opposed to the other.

Now, being steadfast in these values doesn't honestly seem to matter. Not that I've noticed anyway. However, you'll find that civics can have a great impact. One such civic, press freedom, completely prevents the possibility of a revolution if you select the authoritarian option. However, the alternate option reduces the costs of implementing or changing all other civics while in place. As you can gather from that sentence, you can change civics at any time, provided you have enough influence. It can get costly later on.

The one other system that has this sense of creating and developing over time is religion. However, religion is relatively shallow, while the evolution of your culture and the civics feel expansive and fleshed out. As more of the world's population starts to follow your religion at different stages, you can select a new tenet. These tenets are useful and can add to your civics and boosts from your culture, but comparatively, it just doesn't feel as detailed.

As for how it spreads, how influential your empire is, you'll find that people from other lands will start to be influenced by you. This also applies to your civics and general style of civilization. The most interesting aspect is that you can look at different overlays and see exactly how your empire influences others and spreads your religion. Also, if people following your religion within another culture aren't treated well, you can use it as a reason for war. Your people will support the war if people following their religion are being persecuted.

This is the other aspect of Humankind I genuinely love. Units in Humankind are stacked, as with earlier Civilization titles, but once you enter combat, it takes place in a sort of instanced version of the world. Here, you're going to be utilising the terrain; you're going to be attacking the walls of a city or defending your city and using whatever tactics you can to win the fight.

I can't honestly think of much more to say about the combat other than it's like Civilization or any other 4X turn-based title. It's good, just with the added element of multiple turns of combat taking place in just one turn of the main game. It makes combat feel more realistic, for lack of a better word. Though there is one issue here, I've found the AI can be pretty shoddy in combat, though fortunately, it isn't when it comes to diplomacy.

Diplomacy is one other strong aspect of Humankind, particularly when it comes to war and how that's managed. It won't be a simple case of constantly fighting, your people simply won't allow it. The AI also manages diplomacy fairly well in general, though I do find diplomacy to be fairly narrow compared to some other 4X titles.

So, over fourteen hundred words in, do I like Humankind? I do, but it's flawed. Even after launch, there are a few smaller bugs that can niggle. They're fortunately minor, so not the main issue. The main issue is simply that this doesn't feel as refined as the other titles from Amplitude. There are some great ideas here; they likely just needed a little more time in the oven, such as the boundaries system. It's something I can imagine amplitude working on, as they have with other titles.

Would I recommend it? Yeah. It's got that just-one-more-turn vibe, and it's taken a fair amount of my time up. That's always a positive.

Copy provided by the publisher. The game can be purchased at 20% off via Fanatical. 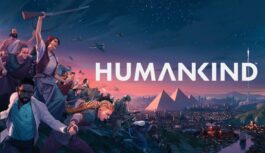 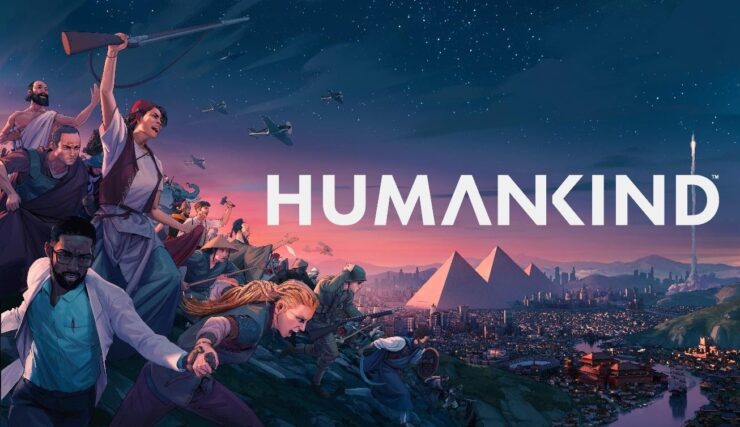 Humankind is a very interesting 4X strategy game with a wide variety of elements, most of which are very detailed - though some, like religion, can feel a little undercooked. From city building, expansion and the urban sprawl over time, so much of the development of the world is well represented here. Science, influence, war, economy, growth - there's very little you'll find covered here.