When you're in the market for a new high-performance NVMe drive I'm sure HP isn't the first to come to mind, but once you see how the HP SSD EX950 M.2 stands up in the crowd you might think a bit differently. In collaboration with their partner BIWIN, who has 25 years worth of R&D in storage and microelectronics, HP has brought the SSD EX950 to be a serious contender in the market segment offering their 1TB model (at the time of writing) for roughly $150 putting them right in the middle of the current pricing structure for 1TB PCIe Gen 3 NVMe drives.

The HP SSD EX950 is aimed at the high-performance gaming and consumer market and aims to deliver on blazing fast access to your games and more. They're marketing it to have speeds reaching up to 3.5GB/s of read speeds and 2.9GB/s of write speeds. the HP SSD EX950 1TB model comes packed with a Silicon Motion SM2262EN and pairs that with Micron 64 layer TLC Flash. It does boast a 1GB DDR3 DRAM module to help facilitate the rapid transport of file sizes that fit within that space.

Packaging for the HP SSD EX950 is all business, no cheap feeling blister pack here. You get a nice box that is very clear on the capacity but is completely void of performance expectations. This could be a problem for shoppers who are buying off the shelf. The internals of the packaging is very well put together and the additional M.2 screw is more than beneficial. I don't know how many people have decided to add in an M.2 drive only to realize they had misplaced the screw for the small standoff.

The HP SSD EX950 drive itself is your standard M.2 NVMe drive affair. They built it on a very attractive black PCB, but they managed to hide it all behind a very 'businessy' looking sticker that ends up being upside down in most applications. This, of course, isn't an issue if you're using a motherboard with an M.2 heatsink cover to hide it behind.

Our test bench is now using the EVGA Z370 Classified K paired with an Intel Core i9-9900K at 5GHz paired with 16GB DDR4 3200 RAM and decided to go sans dedicated GPU.  The reasoning for this was simple as I had to remove the GPU to access the secondary m.2 slot so that I could run the tests.  Before starting the tests I loaded the NVMe drive up to 60% capacity so that the testing would not be run on a clean empty drive. 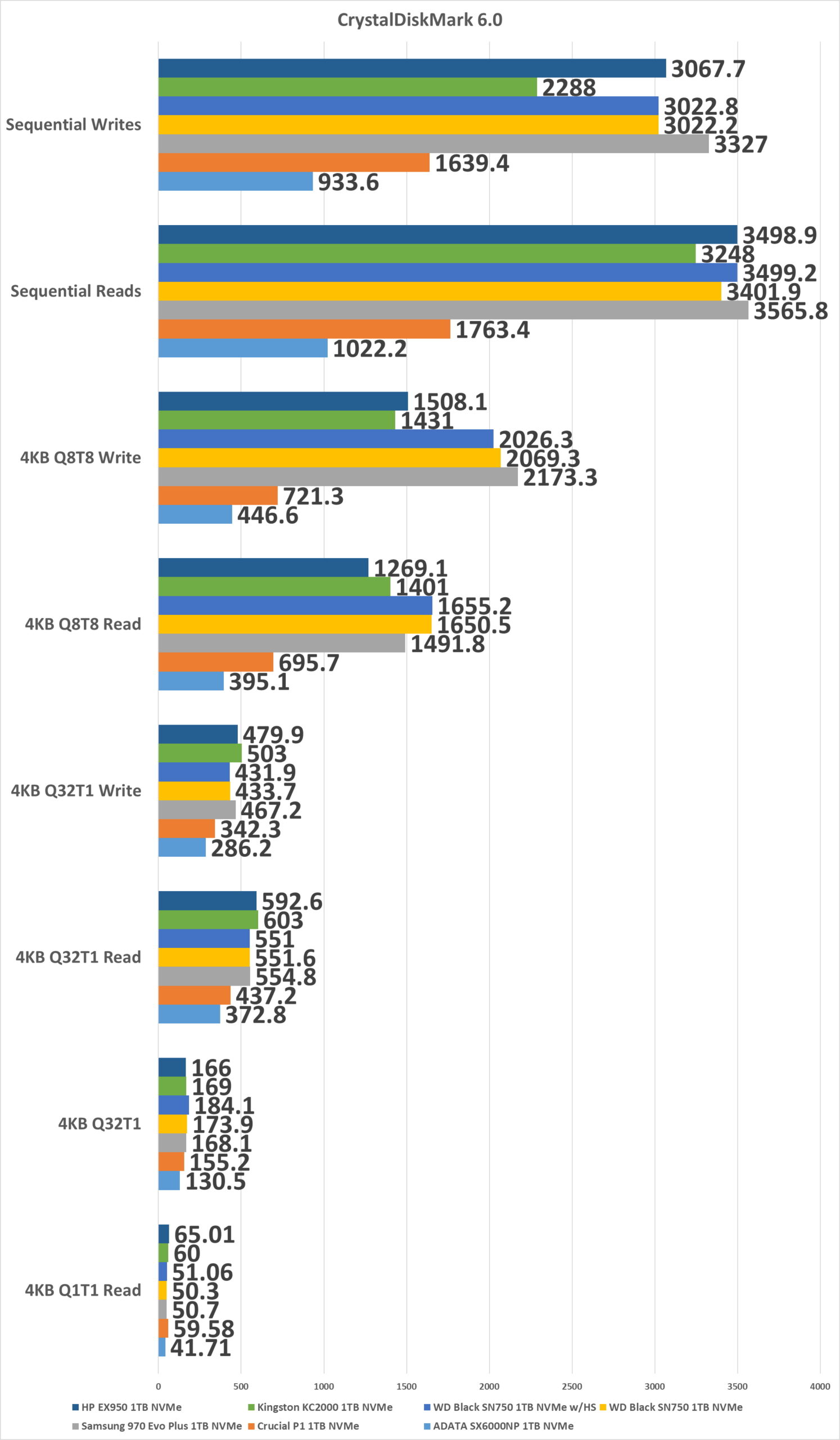 Anvil's Storage Utilities benchmark may be a bit of an older benchmark, but it's still very much relevant today.  It takes various performance and response time metrics and gives them a score in reads and writes then delivers an overall rating, which is useful to see where an HDD or SSD slots in general performance. 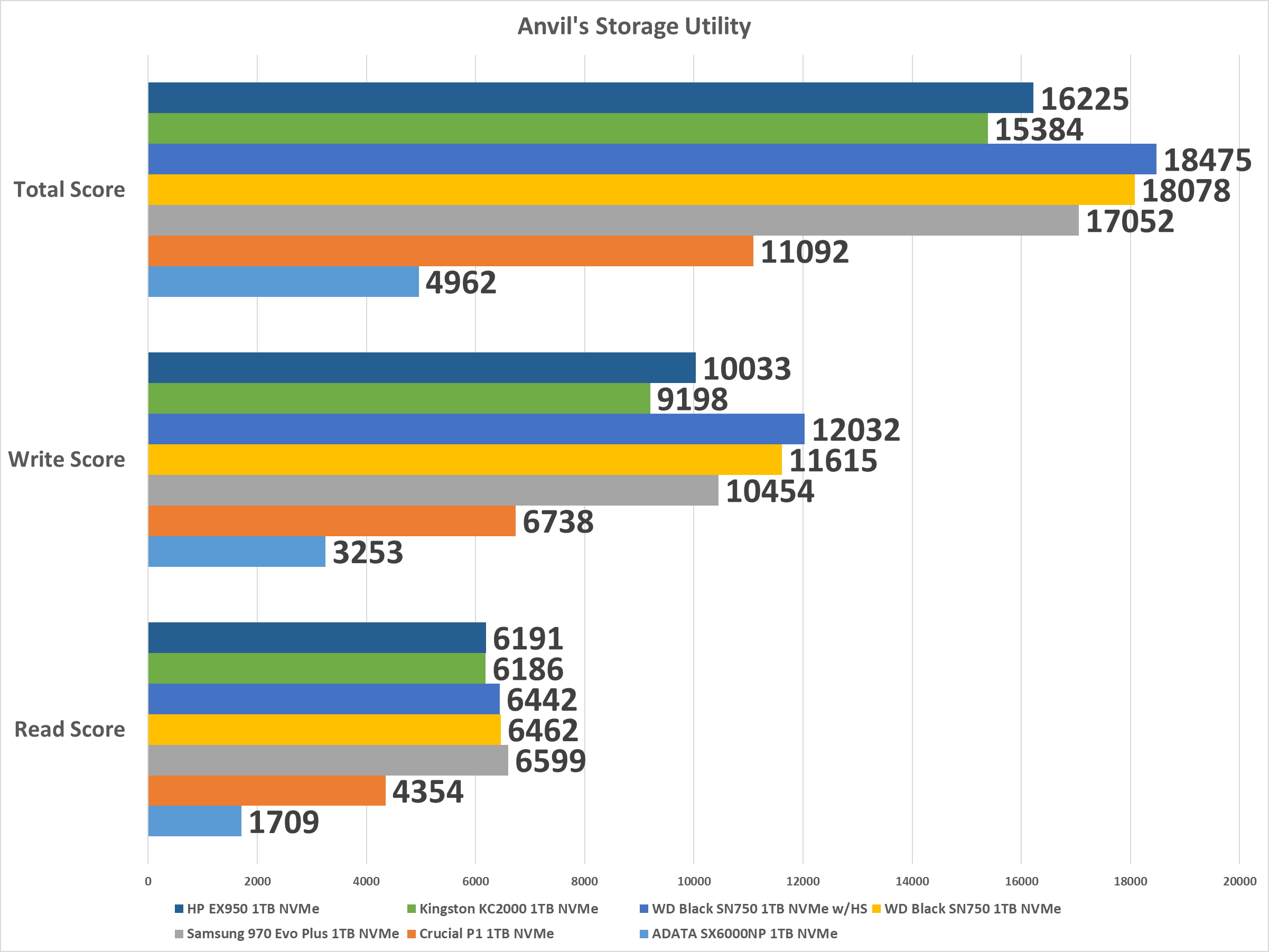 The HP EX950 M.2 NVMe SSD comes into a rather crowded market but doesn't try to segment itself by using any crazy gimmicks, and that kind of works for it. The EX950 is able to show it can stand up to the best of them on the market today making it an attractive proposition. It may not have the fun and well-known names like EVO or Black Edition, but the performance is to the point you likely couldn't tell the difference. The pricing comes in right about where it should so there aren't any complaints there. The lack of software is going to be dependent on the customer and whether or not you see value in those addons. If there were any solid complaints on the aesthetics is that they built it on a nice black PCB and then slapped a massive boring white sticker across it, and 9 times out of 10 the text is going to be upside down in a build, thank goodness most modern motherboards have built-in heatsinks to cover that up. 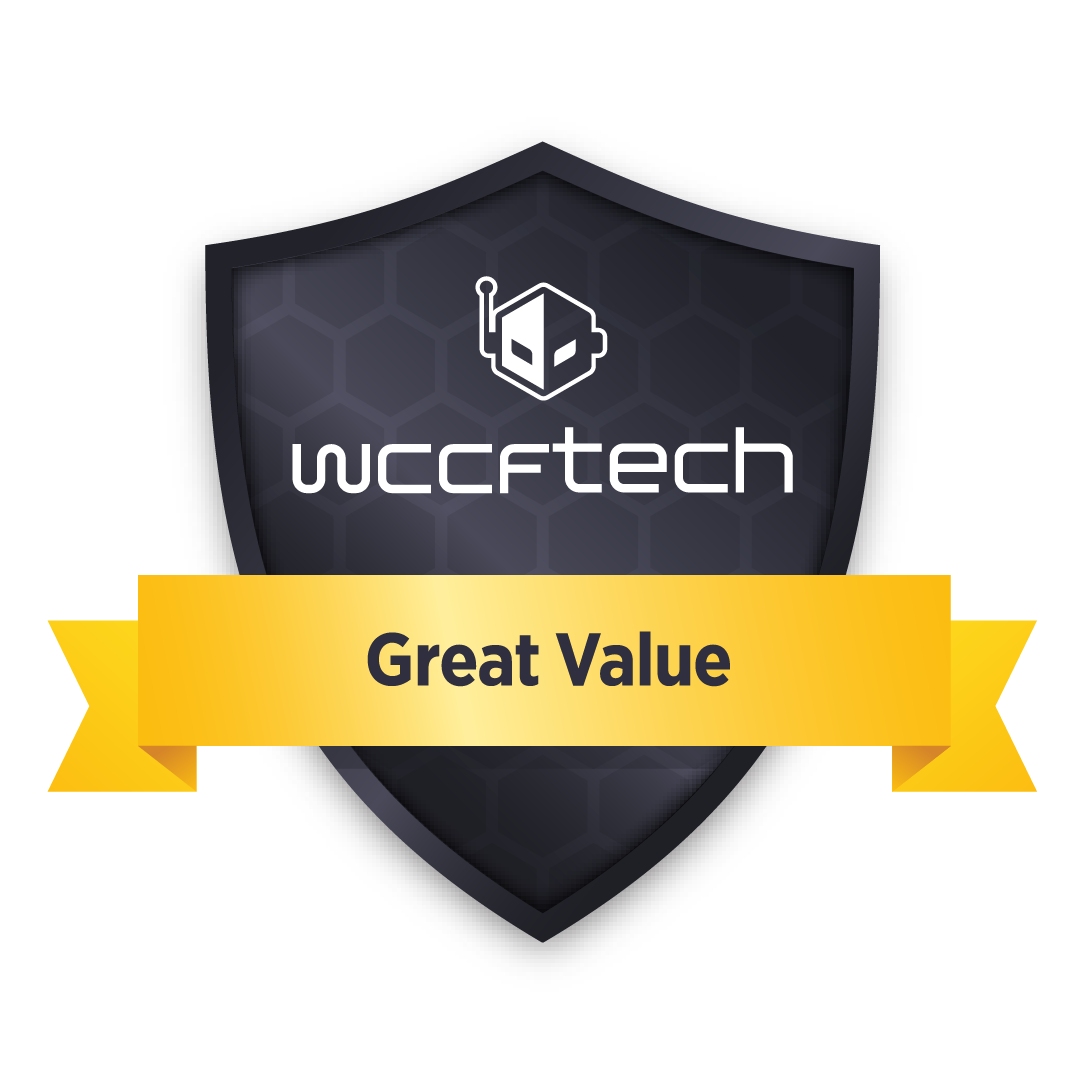