The World of Assassination all in one convenient package. Hitman - The Complete First Season lets you binge the brilliant mayhem of IO Interactive's stealth-murder playground.

Hitman - The Complete First Season packs in all the locations and episodes (plus 3 bonus missions) from Season One of Hitman. This means the Prologue, France, Italy, Morroco, Thailand, Colorado, and Japan. We previously reviewed the Prologue. This time we'll focus on the overall package of the first Season.

Hitman brings the return of Agent 47 during the course of his career assassinating high-profile targets around the world. The six episodes are threaded together with an interesting spy thriller story involving shady organizations and shadow clients. 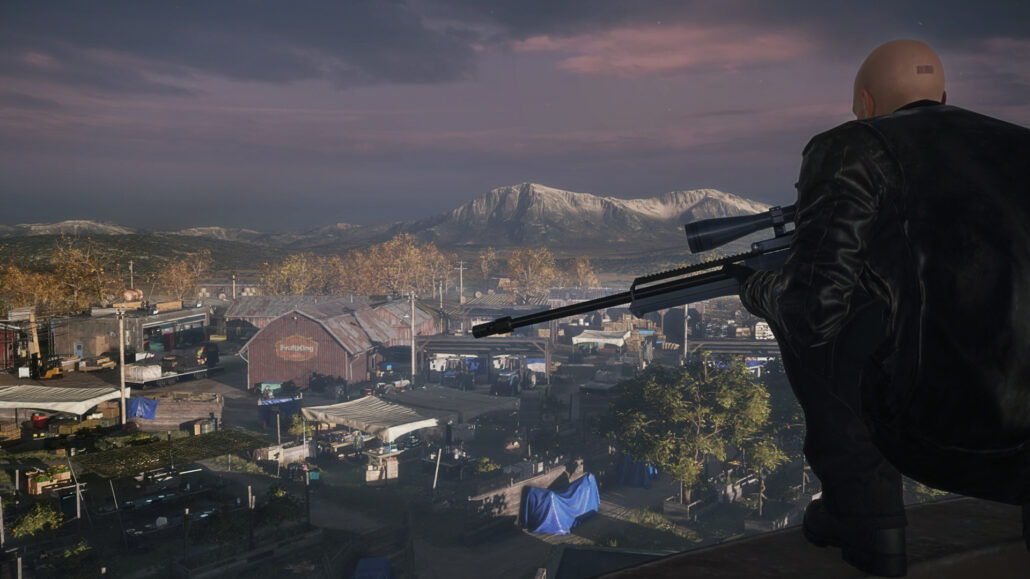 Each target can be killed in a staggering amount of ways. You can simply walk up the targets and shoot them in the face with your silenced Silverballer pistol in most cases. Of course, this isn't what Hitman is about and you would be doing yourself a massive disservice playing like this. Instead, each stage has a variety of 'Opportunities' that open new and often bizarre ways to kill your target. Think of these like quest chains that get you closer to your objective with a fantastic payoff at the end. From sabotaging an ejector seat on fighter jet to performing open-heart surgery, you'll want to try out and experience each of these unique challenges. Opportunities are a great change from previous Hitman games because it provides players with direction especially those who were turned by Hitman's usual trial-and-error approach in the past.

All the locations have their own progression. The more challenges you complete, the higher your rank which in turn unlocks new equipment and starting locations.

Our Silent Assassin can acquire different outfits and disguises that help you blend in and grants access to restricted areas that would often require sneaking in. Each outfit will give you different tiers of access. Dressing like a cook, for example, will give you full reign over kitchen areas and bodyguards generally have access to the entire map. We will never know why some guards find a bald man with a tattoo of a barcode on the back of his head suspicious and others are totally fooled by him. 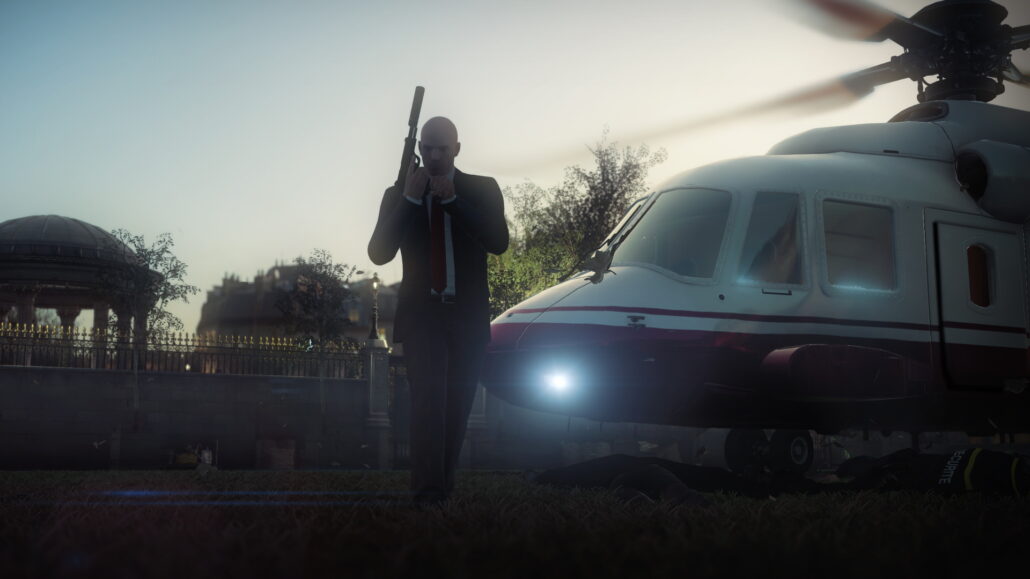 As skilled as Agent 47 is, the man isn't bulletproof. Hitman has always been a stealth experience, engaging in any sort of gunplay or open combat will be bad for your health. If there's one blemish with Hitman, its combat. Shooting and combat, in general, don't feel all that great. Throwing items at NPCs require you to free-aim on the target until you get the reticle to auto lock-on their head. If you're rushing or get spotted, it's easy to miss during a scuffle.

IO Interactive has been vigilant in provided live content rollouts throughout the year, so it's good to see this all in the retail disc version of the game. The missions that don't get enough love are the Escalation Contracts. These Escalation Contracts require the player to kill targets with a side objective like wearing a certain disguise or using a certain weapon. The difficulty gets ramped up after every completion and the requirements even more complicated.

Unfortunately, the limited-timed Elusive Targets that appeared throughout the year don't appear in the package. These are one-time targets that only appear for a brief period of time and you only have one shot to take them out. These missions give little to no detail about your targets and require a little legwork since these elusive targets won't appear in your Instinct vision that highlights your prey on the map like in Hitman: Absolution. 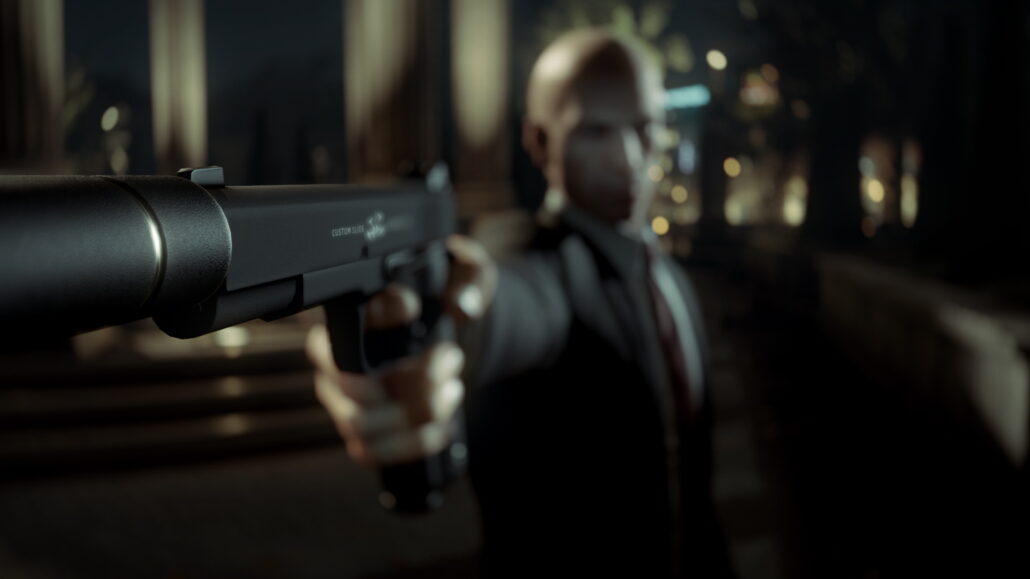 The disguise game system takes some suspension of disbelief. The beauty of the Hitman universe is the absurdity of the people occupy it. Agent 47 is not only proficient in murder, but also a jack of all trades.

One Opportunity required you to assume the identity of a famous drummer in order to get close to your target. When asked to perform, you would simply assume that your cover was blown until Agent 47 sat down and played a killer drum solo solidifying his cover. It's silly moments like this that make Hitman so satisfying ridiculous. This is by far the best implementation Hitman's disguises mechanic. The only real issue is that doesn't make a lick a sense when you apply any form of logic.

Hitman - The Complete First Season is a hell of a package that's loaded with enough assassination action to keep you busy until Season Two comes out. It's also proof positive that episodic content can work with genres outside of adventure games.

Hitman - The Complete First Season revitalizes the franchise in new smart ways thanks to an impressive package with a ton of content.