Guilty Gear is known for some eccentric characters in the roster and Guilty Gear -Strive- brings together some of the series' greatest contenders alongside a number of new faces. Gone are the likes of Kliff, Bridget, Zappa, and others who haven't been featured in an entry since the XX days. Instead, the roster of Guilty Gear -Strive- brings back Anji Mito in one of his more powerful appearances in nearly a decade. Joining Anji are the usual series mainstays of Sol Badguy, Ky Kiske, Millia Rage, Faust and more along with a couple of fighters that debuted in Xrd and then lastly some brand new champions to round out the fifteen fighter roster at launch. If you're the kind of player that enjoys a rushdown style of play, the wolf stand summoning Giovanna might be the first character you opt to take a spin with in Training Mode.

Despite looking in appearance so similar to Guilty Gear Xrd's distinctive 2D/3D hybrid designs, Guilty Gear -Strive- is a unique beast all its own. The cel-shading that Xrd brought to the fighting game genre some seven years ago has been refined and brightened up to a proper successor that absolutely shines across next-gen consoles. Throwing in a bit of additional anti-aliasing on Sony's next-gen console makes -Strive- utterly gorgeous in motion, both when looking at the standard 2D plane of battle but also the numerous camera pans and rotations do show off how advanced their cel/3D designs have come.

The story mode to Guilty Gear -Strive- does a fantastic job of keeping players up to date on what could very well mark the ending for the series. Fan favorite characters are routinely brought into the fold as the four-hour animated story delves into the greater mysteries surrounding That Man, Sol Badguy, and just about every major player still left alive in this latest entry. The 3D animation looks leagues better than that of Xrd but the unusual frame rate leaves the more animated scenes to be somewhat jumpy and difficult to follow. Whether this is Arc System Works attempting to imitate a cinematic 24 frames per second presentation or a limitation of animating so much at once, the animation just looks jarring compared to how fluid the 1v1 (and special Arcade matches) battles move in a 2D plane.

When it comes to throwing down in 1v1 battles, Guilty Gear -Strive- may the most accessible entry in the long running series to date. The vertical Dust launchers are a thing of the past, with Dust now being relegated to more of a special attack that can either be a slight launcher/sweep/throw depending on which direction you're holding. Combos themselves are simplified from the piano sheet music from previous lightweight characters but still feel dynamic enough that you can mix up both inputs and delayed timings to create your own flow. In default settings, health bars are eviscerated at some of the fastest pace I've ever seen in a 2D fighter and even Marvel fans might get shocked at how quickly the tables can turn. The simplistic inputs can make players of all skill levels pump out some flashy combos, but those that master the fine art of Roman Cancels and knowing how and when to press the advantage can become nigh unstoppable in ranked play. Having one's back against the wall won't last for long as a well balanced offensive can break down those walls and launch the opponent into a brand new arena.

Guilty Gear -Strive-'s netcode is in a league far and above most mainstream fighting games out on the market. The titles that don't incorporate rollback netcode in some fashion do wind up feeling bogged down or like playing underwater if the connection doesn't hold up under pressure. What Arc System Works and Team Red have produced is a style of netcode that feels proper next-gen. To test this theory, I played under the absolute worst conditions I could think of: connecting my PlayStation 5 tethered to my cellphone and playing over a 5G hotspot in the basement of a pizza joint. Despite absolutely everything to sabotage my own connections, I matched up against players on the West Coast during my review period and thus was able to play some fairly smooth matches without the hitching and freezing that even the mightiest of DSL connections can suffer from. Not that I would actually advocate for people trying to play fighting games like Guilty Gear -Strive- over wifi, but at least it's smooth enough for those that try.

The review period, much like the Early Access event that's about to occur for those that spent some extra money on the Deluxe editions, lacks much of the content that fans can look forward to in the full release. And even then, much of Guilty Gear -Strive- feels like it's planned for a future roadmap at some point in time. For local play experience, -Strive- is absolutely excellent but trying to venture out into the mission and combo modes and you'll find nothing there, and trying to match up with friends online will just be an exercise in frustration with the half-baked lobby implementation. For those that want an accessible yet masterful example of combat craftsmanship, Guilty Gear -Strive-  may have quite the long life ahead of it if Arc System Works can fix these day one woes and bring in the roster updates fans have been crying for since Accent Core. 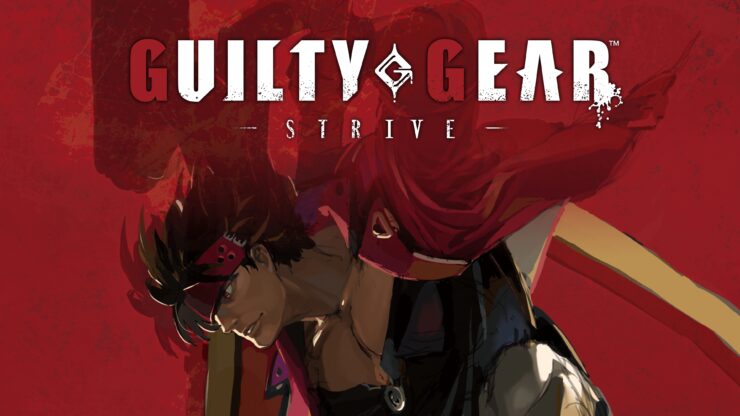 Accessibility and style are both Guilty Gear -Strive-'s strongest suits but some baffling omissions and online problems keep Arc System Works' latest from entering the pantheon of elite fighters. 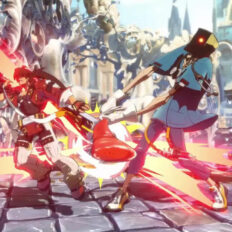