From start to finish, Ghost In The Shell is a visual tour de force. Opening with a Matrix meets Ex Machina exploration of our heroine’s mechanical innards, the sequence soon seamlessly segues into dazzling shots of Tokyo’s neon-drenched underbelly. Perfectly capturing the cyberpunk atmosphere of the original, Ghost In The Shell is a movie that’s consistently exciting to watch in a way that few modern blockbusters manage. Yet while it oozes style with every frame, Ghost In The Shell is unfortunately sorely lacking when it comes to substance.

Loosely following the plot of the 1995 anime classic, this 2017 remake once again tells the story of The Major - although this time her civilian name has been changed to Mira Killian. Set in the sprawling futuristic metropolis of New Port City where human consciousness can be linked to a mainframe, Scarlett Johansson’s The Major wakes to find her life turned upside down. With her body completely destroyed in a terrorist incident, she soon finds her consciousness inhabiting an unfamiliar metal shell. Struggling to fully remember what happened, she is quickly put to work by the cybernetic company who saved her - The Hanka Corporation. Tasked with taking down dangerous terrorist cells, she wastes no time using her sturdy new soma to get revenge.

With action scenes combining the effortless sci-fi cool of The Matrix with its own uniquely seedy Neo Tokyo aesthetic, the cybernetic combat is a joy to watch throughout. While 3D versions of new movies are now largely seen as more of an unnecessary gimmick than a feature, the aging tech is actually brilliantly implemented in Ghost In The Shell. Without all the shaky cam nonsense that usually plagues action scenes, here director Rupert Sanders lets the film’s stunning setting do the heavy lifting, resulting in immersive 3D action that doesn’t assault the eyeballs. 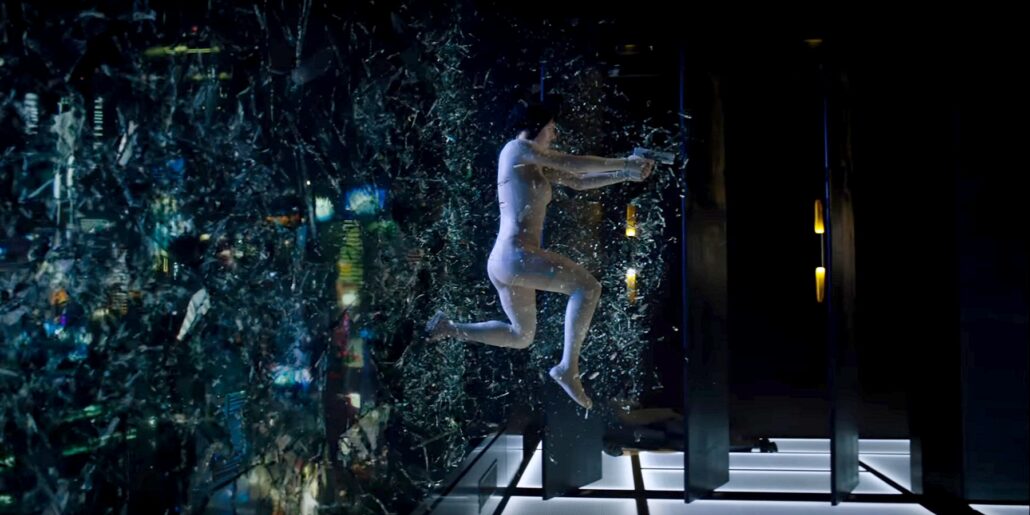 Unfortunately, this adaptation falls flat when it comes to capturing the original’s metaphysical mystique. While The Major still pursues a dangerous hacker who turns robots and cybernetically-enhanced humans into puppets, the remake hurriedly skips the original's darker existentialism in favor of neatly wrapping up  the mystery of The Major's past. For a film all about robotics and individuality, it's baffling that this remake rarely makes viewers ponder what truly makes us human.

While the film’s plot arc is slightly disappointing, Ghost In The Shell’s dialogue veers between the passable and the absolutely atrocious. With characters stating some combination of the words ghost and shell seemingly every five minutes, the writers' attempts at hammering home the core concept often felt like they were simply trying to remind audiences what movie they were watching.

Despite the script, Johansson is in her element here. Perfectly striking the balance between mechanical murderer and lost soul, Johansson's eyes seem to be constantly welling with pain and confusion. Thanks to her action experience, it's no surprise that she manages to convincingly pull off the movie's fight scenes - yet it's her quiet sense of loss that really makes her character believable. With experience playing similar characters in movies like Her and Under The Skin, Johansson manages to once again perfectly strike the balance between woman and machine. 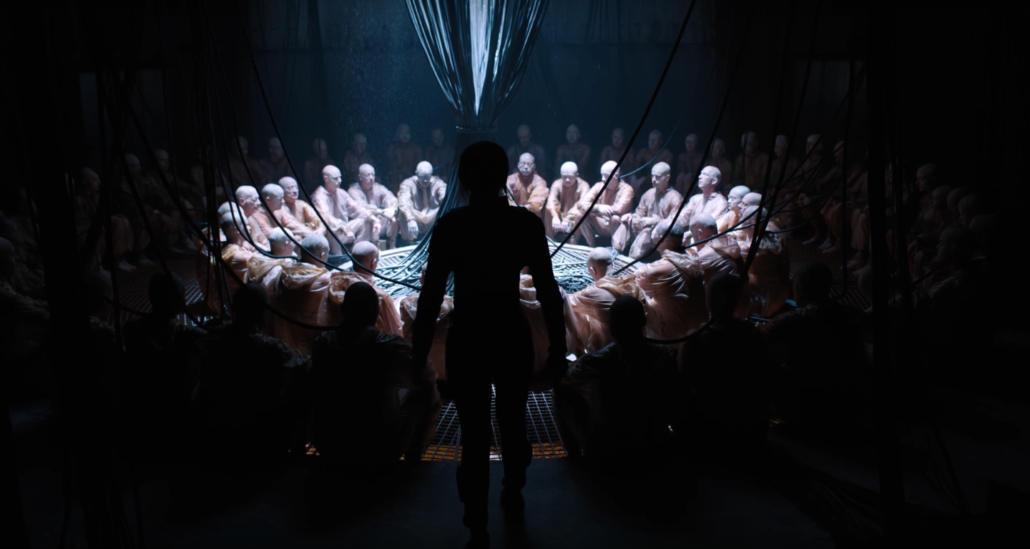 Other actors fare well too, with Danish actor Pilou Asbæk delivering a brilliant performance as The Major's sidekick - Batou. In a movie that takes itself very seriously, Asbaek brings some much-needed warmth and charisma to proceedings, doing an admirable job of bringing the original's cheerful mercenary to life. Matt Pitt also pulls off a convincing performance as the movie's villain, although unfortunately he isn't given enough screen time to fully flesh out the motivation's of the intriguing character.

Ghost In The Shell isn’t a perfect adaptation, then. Yet although its cringe-worthy dialogue and simplistic re-telling of the story disappoint, some solid performances and a breathtaking aesthetic make this an entertaining action flick in its own right. It may lack the philosophical core of the original, but if you're prepared to leave your brain at the door, there's plenty of slick, stylistic fun to be found in this action-heavy remake.

Ghost In The Shell isn’t a perfect adaptation then. Yet although its cringe-worthy dialogue and simplistic re-telling of the story disappoint, some solid performances and a breathtaking aesthetic make this an entertaining action flick in its own right. It may lack the philosophical core of the original, but if you're prepared to leave your brain at the door, there's plenty of slick, stylistic fun to be found in this action-heavy remake.