I remember when Tower Defence games were all pretty much shrugged off as 'those web games'. As a strategy fan, they were always games that I could jump on and appreciate, even if only for a short amount of time before going on to playing something with a bit more to it. This was back in the days of top-down 2D TD games. The sub-genre has moved on greatly since those days, with great titles like Kingdom Rush, Dungeon Defenders and X:Morph Defense. That brings one simple question: How does Gensokyo Defenders further this progression?

Honestly, it doesn't, though not without trying. Actually, that should actually say not without being trying. Trying is likely the best word to describe Gensokyo Defenders because for every little thing it does right, it does a few things a little too wrong. Strangely, the biggest culprit of what's done wrong isn't on the actual Tower Defence gameplay but the story, if it can be called that, between it.

Set in the ever-expanding Touhou Project universe, there are more than a few links to the characters, origins and activities of the characters in the said universe. By that, I mean almost every single line is a link and it's bloody jarring. Naturally, the most referred to activity is Danmaku. Now, this may be telling but I honestly had no idea what Danmaku is. Until I googled it, roughly five or so hours into playing, I was perpetually confused about what this Danmaku game is and why it's preferred to war games. War games is just another name for Tower Defense and Danmaku is Bullet Hell - the more you know.

I wouldn't mind that much because of course a game is going to refer to other characters that people may be invested in. The Touhou Project has spread further than the mist from the film The Mist, having animé, manga and doujin and it’s just as violent. The cute and big-breasted animé girls have more bloodlust than Dexter Morgan and shooting inordinate amounts of bullets and whatever other weapons they have isn't enough, now they want to get the monsters involved and start fighting on land.

As for the reason? I don't know. They're bored? Honestly, the story isn't that much better than "the people are bored". You play as an ice fairy called Cirno who is followed by Aya, a tengu. I'm confused again. I feel like I need to have read the Encyclopedia Britannica to actually understand this. Right, so Cirno. She's apparently rubbish at danmaku and since she wants to be the best at something, she decides to play war games. The story is simple, it's just the utter tripe that spews every single time you hit a character interaction, made only more irritating by bad translation. It's not exactly Google Translate quality but it needed a once over by a native English speaker, preferably one with a hedge trimmer.

So now I've gone and complained until I'm blue in the face about the writing, let's talk gameplay. Honestly, it isn't that bad. Across over thirty different levels you'll find yourself setting up towers and traps to hold off attacking animé girls, slime monsters and the boss characters you happen to be facing at that point in time. However, not only are you building the towers and traps, you can actually wade in the battle yourself with controls reminiscent of a twin-stick shooter.

As you progress through the story you unlock a variety of different characters, each of them having their own... theme? Yeah, theme. There is a huge variety of them to choose from though, and they are pretty varied. Cirno is an Ice Fairy with ice attacks. Aya is a wind tengu, with wind attacks. It's not just elemental abilities though, another will create zombies, another is fire based, but has healing abilities. There are around twenty characters in all. Each of them has a normal attack as well as two special attacks that use MP, with an ultimate attack that generates uses as you kill more enemies.

The towers and traps, of which you can take four into battle, are shared across the cast. These vary from spring traps for you to throw characters into hazards at the side of the paths, sake jars that lure attacking fairies and monsters, towers to cause direct damage and a whole lot more. Each of these, as well as the characters, can also be upgraded. Each level has a reward of up to three stars, with each of these stars acting as an upgrade point. Getting these stars is a little bit more of a pain though, some levels require more trial and error than most games in the genre regularly throw at you and are often too difficult to actually get all three stars when first attempting the mission. Normally, you'll find it best to come back to them when you have upgrades from later levels.

Upgrades for traps, I would argue far more important than character upgrades, cover three areas per trap. Each of these can be upgraded a maximum of three times, costing two, five and eight points respectively. To fully level a trap in all three areas will cost 45 points, though from my experience you'll only want to upgrade two areas at most - some are quite redundant. As are some character upgrades, though this isn't too dissimilar to any game featuring skills and upgrades.

One thing that can be said in Gensokyo Defenders favour is that it looks decent enough. The colourful Animé style is well suited for the Switch. While the character and monster models are rough around the edges, the battle effects are good. It can be decent to see when the screen is full of ice, fire, lightning and whatever other attacks you and the enemies are using. While it's not quite to bullet hell levels, it's certainly active. I can't say the same for the UI though, which can paradoxically both show too much or too little information, often at the wrong times.

Honestly, the last time I played Gensokyo Defenders I simply got bored and turned it off. I had my Switch on me to keep me occupied on a four and a half hour coach ride. After an hour the switch went back in its case and I loaded up the free to play strategy game Antiyoy on my phone and completed a few levels. I'm on level 90 out of 115 now. Then I went to sleep. It doesn't help that the online mode is completely dead. I've found only one game in seven attempts

Do I recommend Gensokyo Defenders? No. It's a tedious game at the best of times, constantly throwing walls of text at you, most of which is littered with mistakes and incomprehensible if you don't have a copy of the Touhou Project Wikia memorised. The gameplay is decent enough, to a point, though features a stupidly steep difficulty curve and suffers from the aforementioned tedium. Unless you desperately want a tower defence game, give this a miss. 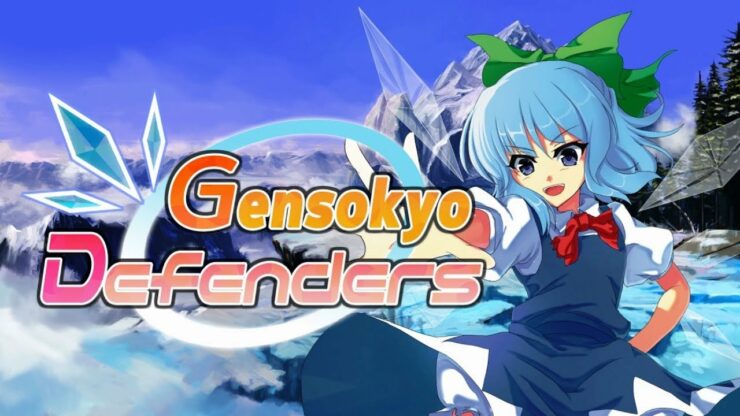 Gensokyo Defenders is a tedious game at the best of times, constantly throwing walls of text at you, most of which is littered with mistakes and also incomprehensible if you don't have a copy of the Touhou Project Wikia memorised. The gameplay is decent enough, to a point, though features a stupidly steep difficulty curve and suffers from the aforementioned tedium. Unless you desperately want a tower defence game, give this a miss.