Forza Motorsport 7 has featured the longest slog of my gaming life so far. Some games feature modes that simply drag on and on, and on. Other games are simply that bad that if you're forced to play through them, you feel that time is dragging. Forza Motorsport 7 took a unique approach to this and after sending the game code close to release. It also decided that downloading a 95.5GB download package would be great if done at 34mb/s. Oh dear.

Of course, I'm not going to reflect that in my score. It does, however, offer a start to what isn't the only issue I have with the game. Now, before I go into the details I'm going to explicitly say that Forza Motorsport 7 can be a great game. It plays fantastic and, for the most part, looks as good. It does have some glaring issues though, which I'll go into soon. It also leaves a horrible taste in the mouth from the inclusion of anti-consumer microtransactions.

I'll start with these microtransactions. Forza Motorsport 7 has loot boxes. It's been announced already that these loot boxes will be able to be purchased with real-money. In-game microtransactions aren't new for the series, but there's something abhorrent about how they're implemented in Forza Motorsport 7. Yes, you can purchase these crates with credits earned in-game. Yes, some contents of these are cosmetic only. It's what isn't cosmetic that's the great problem, and how they actually affect the game as a whole.

The cosmetic features are laughable at best. Thankfully, Microsoft haven't gone to the level of gating off changing the appearance of your car. Instead, the cosmetics come in the form of your driver's outfit and logos. Of course, you can see why this is poor. When you're actually playing the game you'll rarely see the driver. He, or she, is understandably sat behind the wheel of a vehicle. Logos, on the other hand, are simply icons that feature at the side of your profile name.

But wait. "Don't buy them" I hear you say. The problem is, these outfits take up spaces in boxes that also contain in-game modifiers and cars. I will say, though, that some of these outfits look pretty decent. A number of them are simply colour variations on the base outfit though. Also, if you actually want a particular outfit or logo, it's time to take a chance on the random gambling wheel. There are hundreds upon hundreds of outfits and you can't buy the specific one you want. Random chance is the only way, making it part of the insidious creeping plague that loot box systems are.

As for mods, these are the worst part. Before, you were able to increase the credits earned from a race by applying modifiers. These could include racing at night, removing the driving line, adding realistic damage and more. Of course, these are now only obtainable from these crates and are random. Some are also much rarer than others, making them difficult to obtain. These obtainable mods are also limited in use, with only one, three or five uses.

Oh, and of course they are varied in rarity, making some difficult to obtain. So, rounding this absolute garbage up. Forza will charge you in-game credits or real money microtransactions (not yet, but they're coming) for a system that was a standard in previous games. A system that directly impacts gameplay and directly impacts how quickly you can earn in-game credits. Considering the value of items within the boxes and the price of later cars, it's a vicious cycle of likely using credits for a diminishing return of value on boxes. Resulting with those who want to see more of the content (cars) spending real money on tokens, to spend these on more boxes.

What should be noted is that the extra you could spend on the VIP version was outrageously limited. This has, however, taken a large u-turn after fan backlash. What, in previous versions, was a permanent doubling of prize rewards had been limited to a limited number of 'mods' that had five uses. The outrage of players and that they actually spoke up, in volume, against the terrible tactics on this one area by Turn 10 has at least shown that these things can very easily be remedied.

Thankfully the actual decision of reducing, or raising, difficulty hasn't been completely taken away from you. The special options like weather and night-mode may be locked inside these loot boxes. Sorry, prize crates. The ability to add or remove assists hasn't been taken away from you. The assists found in Forza Motorsport 7 are in direct contrast to those found in Project Cars 2 in that choosing an ideal setting was very easy.

This has made Forza Motorsport 7 the most fun out of the large number of racing games I've played this year. The ability to simply jump in and play is unlike any of its competition. Part of this is the simple fact that Forza is the furthest from a racing sim than any others. Even with assists turned off, it's still a little more arcade than others. It's far from an issue and Forza clearly doesn't intend on being a pure sim.

It's pure entertainment and that's one of the most important things. Taking anything from a shoddy old banger like the Volvo 850 to an outstanding Aston Martin Vanquish, and everything in between, they can all be thrown around the tracks and pushed to their limits. You won’t feel every bump in the track, nor will you feel the complete effects of weather. Nonetheless, it's highly engrossing and entertaining.

One of the few times it starts to damage itself is in-between the races. You can always distract yourself by looking at settings, your car collection or the mods. Even then, you'll be waiting a fair amount of time for the game to load the next track. It's very noticeable during the career, spanning multiple championships. Each championship has a number of competitions that feature a number of different tracks. In addition, there are a few events like passing challenges, limo bowling on the Top Gear track, one on one races and so forth.

As well as the campaign you have other modes to compete in. Online works as good as you could expect it to. There are features like leagues to be implemented in the game in the near future. You'll never run out of races to compete in. You'll need to keep racing as well. You'll need to raise your experience level and also to earn credits. Primarily you'll need the credits to spend on cars, feeding the new collector level. This level gives each car a set value and you need to gather so many points to unlock the next rank, going up to level five. You'll inevitably have to waste credits on cars you don't want, just to raise your level to get a car you do. By then, though, you've spent your credits. You could, of course, pay for a loot box that unlocks a random car.

One thing that has stood out to me is the varied aesthetic qualities of Forza Motorsport 7. One thing I quickly noticed is that even on the PC with settings turned up high, the track and near surroundings can be fairly poor. The grass is matted, the track looks and feels flat, leaving it characterless. It's strange because other background features look exquisite. Racing around Prague is stunning, looking at the architecture, the river. One thing I quickly noticed is the lighting and shadow system in place. All too often the light just looks dulled down, even in brighter conditions.

Speaking of weather conditions. I have some issues with the ones placed in the game. Turn 10 have claimed that Forza has a dynamic weather system in place. This is, frankly, rubbish. From extensive racing, including spending hours on the same track, in the same race, watching time slowly tick by I know this to be a fact. For example, I was on Spa for one race and despite claims of dynamic weather, the clouds in the sky didn't even move position from the tenth to the seventieth minute. Everything is predetermined and based on how far you've traveled in a race. A far cry from being dynamic.

More than that, I have some issues with even the appearance of the weather. From some angles the weather system looks great, rain falling on your windscreen. From other angles, it's poor at best. Puddles do form but the spray from tires is just weak and mist-like except at predetermined locations. The track also never seems to have any variation, with it all just having a fairly even sheen on it. Also, while rain doesn't actually fall in tunnels, the road still happens to be just as wet as the rest of the course. These are small issues in the grand scale, but they take away from the overall effect of the game.

Fortunately, that's the only real issues I have with the aesthetic design. Of the 700+ cars in the game, everyone I've had the chance to race with all sound different. Each of them is well designed, featuring extensive small details and damage models that work well in the rough racing that the game inevitably has. Particularly so with me behind the wheel. The effect is simple in the fact you genuinely feel you have the chance to race with such a breadth of cars that look and feel close enough to the real thing.

My thoughts on the microtransactions and anti-consumer practices are fairly obvious. Yes, they directly impact the game and directly impact on the eventual rating I've given the game. Why? Because value is an essential quality of a title. Knowing that long-running aspects of the series have literally been placed behind a paywall leaves a bad taste. That's one little thing.

This isn't to say that Forza has a score lower than it deserves. Forza Motorsport 7 is a great racing game. It certainly has some faults, such as the selective implementation of weather and the blanket effect it has on the track. One core problem I have is that on the PC it doesn't support ultrawide resolutions either, leaving huge black boxes at the sides of the screen. Fortunately, I haven't encountered any other issues or technical problems that others have, bar my mouse cursor being visible on screen, but that's easily moved out of sight.

Ultimately, Forza Motorsport 7 is a great racing game. This is the game you want if you're wanting something with a lot of breadth, a lot of variety and also accessibility. If you're after a racing simulator, there are better options out there. Despite misgivings I have with the loot boxes and a few technical niggles, Forza offers is by far the most accessible racing game out there. It plays fantastically and, for the most part, looks just as good.

Reviewed on PC (code provided by the publisher). You can buy the game via Amazon. 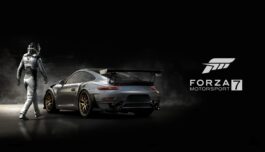 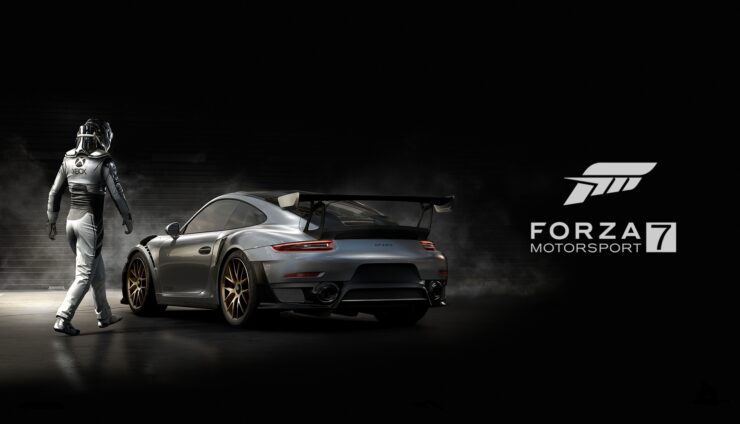