Fire Emblem is one of those series where if you ask five people for their favorite entry, you’re likely to get five different answers. From the moment it was announced, Fire Emblem Engage was similarly divisive, with some voicing concern about the game’s brash anime aesthetic and seeming reliance on nostalgia, while others expressed optimism about the return of certain old-school mechanics and the possible dialing back of the social elements that had dominated recent entries in the series.

Are fans right to be skeptical or is it all much ado about nothing? Will Fire Emblem Engage become some folks’ new favorite, or has the series made a serious strategic misstep? Time to see how engaging this one truly is.

Fire Emblem Engage plays out on the continent of Elyos, which consists of four nations surrounding the Holy Land of Lythos. Players take on the role of a “Divine Dragon” in human form (named Alear, although you can choose your name and gender). After sleeping for a thousand years, you awake with a case of amnesia, not even remembering your doting mother (also a Divine Dragon). Sadly, you don’t get much time to catch up on the last millennium as the shadowy nation of Elusia stages a sneak attack, kills your mom and absconds with several Emblem Rings. You see, Elusia has awoken the Fell Dragon Sombron and are plotting to steal the 12 Emblem Rings in order to return him to his full destructive power. Now on the defensive, it’s up to you and your ragtag army to try to collect the rings before your enemies do.

If you have any familiarity with JRPGs, the story intro I just provided probably sounds more than a little familiar. Amnesia, dragons, collecting doo-dads to head off the apocalypse. Much of Fire Emblem Engage’s writing feels stiff and clunky, with most characters easily reduced to a single descriptor (loyal, hungry, likes to exercise, etc.) Granted, as the game progresses you will meet some characters with a bit more depth, but in cases where backstories aren’t one-note, they often tip into the realm of melodrama. Engage’s story does offer a few twists that upend the status quo, but most of them are very obviously telegraphed, or if they’re not, just don’t make a lot of sense. While I'm sure some will enjoy Engage’s bombastic story, it never feels like much more than a collection of JRPG tropes.

Social elements return, as you can visit your home base, a floating island called the Somniel, between battles. Here you can engage in various quirky side activities, including fishing, exercising, and building a farm full of fuzzy friends. Unfortunately, the awkward writing that hobbles Fire Emblem Engage’s main storyline also hurts this part of the game. Any hints of romance are vague and open to interpretation, with most support conversations being more inane than interesting. Characters will natter on about how they get their jollies watching others in secret or their weird food obsessions (an entire series of support convos between two characters involves them trying to find and eat a roast snake sandwich) and it isn’t clear if this is all supposed to be charming or creepy. It feels like these support convos were written by an AI that wasn’t even given particularly good prompts.

At least all of this looks quite nice. Fire Emblem Engage’s pre-rendered cutscenes are impressive, while its battle animations are dynamic and impactful. The character designs aren’t even bad per se, I like some of them quite a bit in isolation; they’re just inconsistent. Engage’s characters feel like they’ve been assembled from a half-dozen different games, particularly the game’s villains, which look like castoffs from some overly sexed-up fighting game rather than hardened or intimidating warriors.

Thankfully, Fire Emblem Engage is largely a return to classic form once you hit the battlefield. You and the enemy take turns moving all available units on various grid-based maps in tactical battles, with units all having individual strengths, weaknesses, and personalities rather than just being random grunts. After being phased out in Fire Emblem: Three Houses, various rock-paper-scissors-style systems, most notably the classic Weapon Triangle (swords beat axes, axes beat lances, lances beat swords), make their return and will need to be kept in mind if you want to win the day. While I’d like to see the series eventually incorporate some more modern elements from other popular tactical games, I have to admit it felt good to have old-school Fire Emblem back.

That said, Fire Emblem Engage isn’t entirely retro, with the new Engage system adding a substantial twist to the proceedings. Each of the Emblem Rings you collect contains the spirit of a classic Fire Emblem character, from classics like Marth and Roy to more recent faces like Corrin and Byleth. There’s a fair amount of freedom inherent in the system, as these rings can be equipped to any unit, at which point that unit will be accompanied by the spirit of the ring into battle. This allows you to create impromptu tag teams, with the Emblem spirits granting the unit they’re attached to various passive bonuses. You can also “Engage,” merging the unit and Emblem spirit into one, which further boosts stats and gives you access to powerful weapons and special attacks. You can only remain Engaged for three turns, after which you’ll have to wait for a power gauge to refill before you can do it again. Each Emblem has a specialty, and combining them with specific units can create some interesting possibilities. Sigurd provides movement bonuses, including the ability to move twice per turn, so I paired him with one of my medics to create a unit that could dart in and out of the fray to heal allies. Celica is all about magic attacks, so I gave her ring to one of my heavies to create a spell-tossing tank. The Engage system gives you more opportunities to really make your team feel like your own, particularly once you delve into this game’s new upgrade mechanics.

Units can inherit skills and weapon proficiencies from the Emblems, allowing you to create unique hybrids by switching out the rings they carry. You can also forge Bond Rings (using a simple, non-exploitative gacha system) to boost Emblem stats, power up each Emblem's special weapons, and more. While I had little interest in Engage’s social elements, I did find myself quite drawn in by its character-building mechanics, and often found myself happily tinkering away for as much as an hour between battles.

The other area where Fire Emblem Engage really shines is map design. While early battles are relatively straightforward, taking place in your standard castle and village settings, after a certain point, you'll find almost every map has a unique gimmick. You’ll have to make your way through the dark by lighting lanterns, navigate across a series of rising and falling tidal pools, avoid oncoming avalanches and exploding lava balls, and more. While Fire Emblem Engage begins on a relatively forgiving note, make no mistake, this game gets tough. Even on standard “Classic” difficulty, later battles can become real tooth-and-nail struggles. The game offers some ways to mitigate that challenge, including the ability to save anytime and rewind turns should you make a mistake, but even with that, your strategizing skills will be tested.

Fire Emblem Engage’s battles aren’t just tough, they can also be quite long. While 26 core story missions may sound a bit thin, it still took me over 40 hours to complete a fairly focused playthrough of the game. And there’s plenty more to tackle beyond the main campaign, including a hearty selection of “paralogue” side missions, single-player Tempest Trials, and multiplayer Outlast Trials. If Fire Emblem Engage sparks something you, it should keep on smoldering for a good long time.

This review was based on a copy of Fire Emblem Engage provided by publisher Nintendo. 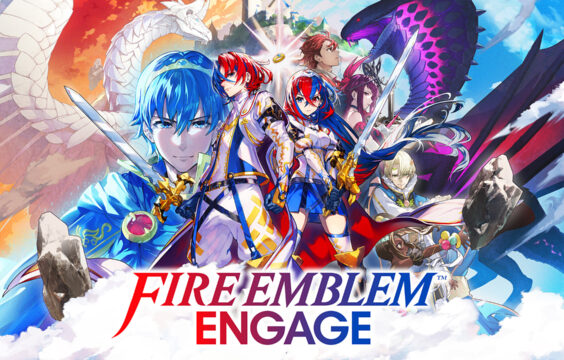 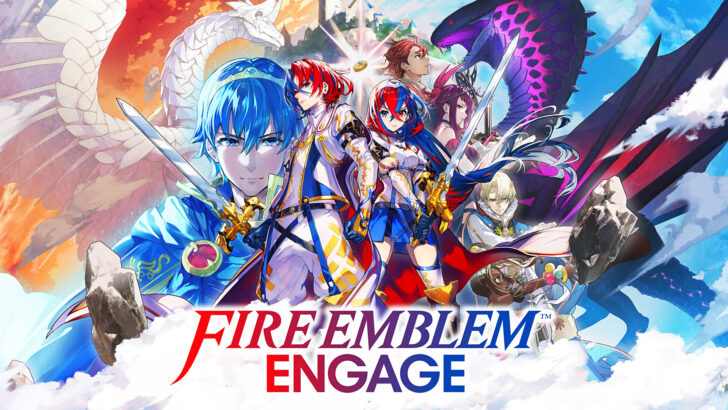 Fire Emblem Engage’s story is derivative JRPG nonsense and its social elements are skippable, but the game’s battlefield heroics largely make up for its shortcomings. Classic Fire Emblem combat mechanics make their welcome return here and are nicely elevated by the new Engage system and a slate of varied, surprisingly-challenging maps. Fire Emblem Engage won’t be everybody’s favorite entry in the series, but it should be a critical hit with many seasoned generals.

New Metroid 2D Game Is In Development By MercurySteam – Rumor