Fe Review – Beautiful, If Not Quite Deep

Fe is a game about tribes, communication and loneliness. Set amidst an enchanted forest soaked in neon colors and besieged by strange creatures, you play as a young abandoned pup. To begin with, the forest is huge and bewildering, and you must set out to discover its secrets on your own.

This is a game that haunts you with its design. From the beautiful otherworldly color palette to the intoxicating soundtrack that feels so perfectly attuned to the game's mood. Never have I seen a game so fundamentally set in nature that does something so out-of-this-world with the art design. It's a beautiful world to explore. Fe is a game that wanders through a certain kind of melancholy loneliness with the occasional burst of companionship and joy. Although the strange hostile creatures are more than a little unnerving, Fe doesn’t stray from its vision of a young pup looking for help. 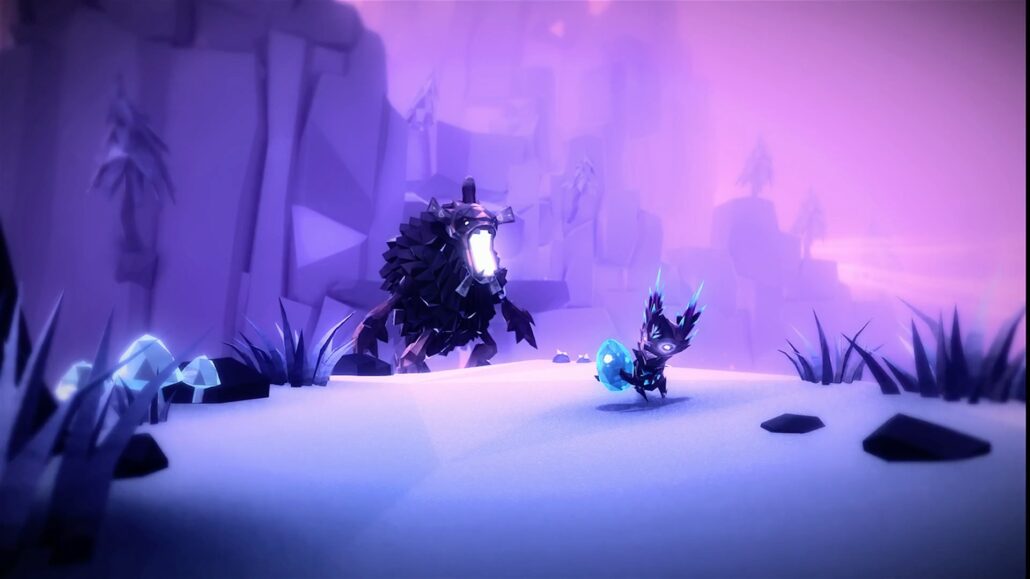 The camera constantly frames the pup in extreme long shot, highlighting your small size as you skirt past looming trees and boulders. As such a tiny thing you are clearly not expected to fight and instead will have to rely on finding friends and help from the other animals of the forest.

None look like you, with birds and elk and boars all eyeing you with suspicious as you approach, and as the only one of your race, you cannot communicate with anyone else to begin with. You can feel the limitations of your avatar very quickly. All you can do besides scurry around the forest floor is hop. The early stages showcase several puzzles and impossible routes that you can only complete once you've made a couple animal friends. With your meek growl and howl, you must try and earn their trust.

Communicating in Fe is done by holding the right trigger with the pressure dictating the sound you make. There are alternative controls where the song is mapped to the right thumbstick but that didn't work well for me at all. As you befriend more creatures you’ll learn new languages with which to ask for help. It's a lovely moment the first time you befriend a creature in the game and see the new routes they can unlock for you. Unfortunately, the feeling diminishes after a while until these creatures become more utilities than friends.

The game is built almost as a Metroidvania, with your animal companions acts as different traversal skills. While it’s a nice idea in theory, this binary system of animals either under your command or not makes them feel less fleshed once you learn the mechanic. Which is such a shame because the game so tenderly tries to explore the dynamics of friendship beyond language in the early stages of your adventure. 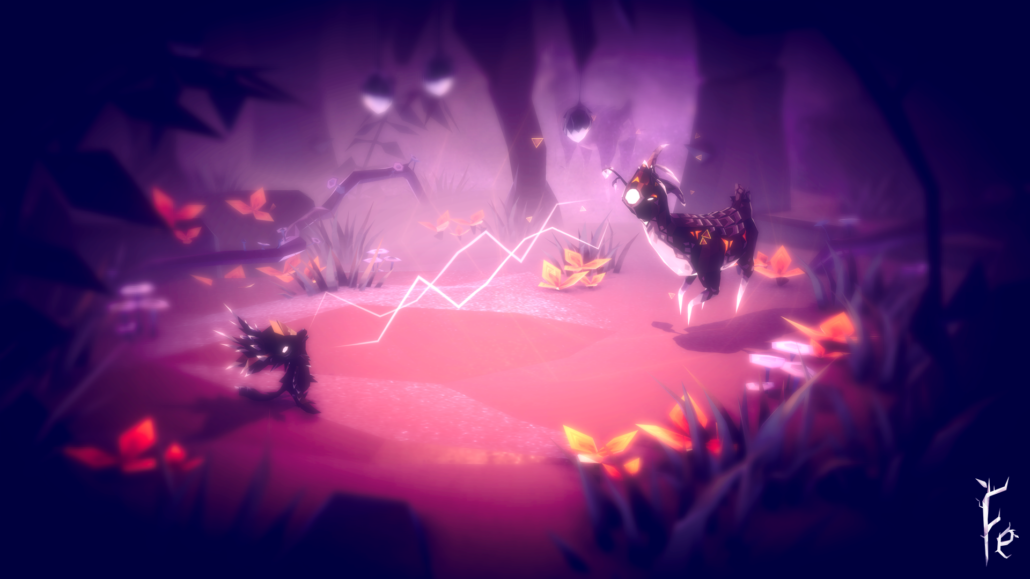 Marrying mechanics to an emotional or narrative theme in games is normally a strong positive for me but something about this aspect just doesn’t quite fit. Another moment that stood out negatively is the jarring tutorial text that appeared. I can only confirm it happening once as I followed one of the strange creatures and suddenly, a text bubble told me to hide in the tall grass. For a game so fixated on learning to communicate this felt completely out of place. While I understand the difficulty of teaching the player organically, the text was just a poor substitute.

But despite this, I did still enjoy my time with Fe. It is not a long game, but it is a beautiful experience in a tried and tested genre. Although I will say that the forest is difficult to navigate, with so few outstanding landmarks above the surreal landscape it can be hard to recognize a familiar path from a new one. That being said, wandering down roads old and new didn’t hamper my experience. There is a map that tells you where to go, but even then the next objective can be more than a little obscure. The game world is so dense, and the objective can be fairly innocuous, so it literally becomes difficult to see the wood for the trees.

Fe is a game that, just like RiME, plays with the notion of a silent protagonist. It tries to ask the player how the would perceive a little beast growling playfully in the forest. It tries to ask the player how they would communicate with, and earn the trust of birds and other animals if they had to. While it doesn’t do this perfectly, Fe is a delightful game that stumbles once or twice but never truly fails to entertain and entice.

Reviewed on PlayStation 4 (code provided by the publisher). You can purchase a digital code on Amazon.

Fe is by no means perfect, but it is a delightful experience that stays with you long after you've put down the controller. Plus the little pup is very cute.