EPOS isn't as known among gamers as brands like SteelSeries or Razer, but I'm pretty sure that its parent company, Sennheiser, does ring a bell. Sennheiser is known for its high-fidelity audio solutions, and last year, a joint venture between the company and Danish hearing technology group Demant introduced the EPOS brand. The gaming audio brand has since released various headsets, with the H6Pro being among the company's latest offerings.

The all-new H6Pro comes in two models – a closed model and an open-back model.  Open-back gaming headsets aren't that common, so I asked EPOS to send me the open model for testing.

Both the open and closed models come in three different color options - Sebring Black, Racing Green, and Ghost White. I was offered the "Racing Green" variant with black and gold accents.

The H6Pro Open is a wired premium gaming headset that weighs in at 309grams – slightly lighter than its closed-back counterpart. It mainly consists of hard plastics, with the headband reinforced with steel and wrapped with soft leatherette.

For the earpads, EPOS has moved away from the use of leatherette and has outfitted the H6Pro Open with acoustically breathable foam cushions to help prevent heat from building up. The use of this material also benefits the transfer of exterior sound, adding to the characteristics of an open-back headset.

Aside from the detachable, lift-to-mute, magnetic microphone, and innovative volume weel, the H6Pro doesn't come with any bells and whistles - EPOS' outing only sports a 3.5mm audio jack, and there's no wired USB option.

Overall, EPOS' offering feels solidly built with a premium look and works on basically anything with a 3.5mm audio jack, adding to the versatility of this headset.

In all honesty, I'm not too fond of wired headsets due to the lack of freedom while wearing them. Over the years, the audio quality and range of wireless headsets have vastly improved, and this also applies to the batteries inside them with some offering more than 30 hours of playtime on a single charge. Yet, I have to confess that the H6Pro has grown on me. I wouldn't go as far as to say that EPOS outing has become my favorite headpiece, but the versatility across multiple platforms and audio quality that it offers is outstanding.

As said, the H6Pro works with anything that sports a 3.5mm audio jack, including smartphones, PC/Mac, Nintendo Switch, PS5/PS4, Xbox One, and Xbox Series X|S. Being a multi-platform gamer who also uses headsets for work, I truly embraced this headset's versatility. Granted, there are wireless USB-C headsets available that are compatible with multiple platforms, but in general, these don't work on both PlayStation and Xbox consoles (except for the SteelSeries Arctis 7X). Also, not having to wait for the wireless transmitter to connect to the headset or having to worry about battery life at all eases the mind.

The detachable lift-to-mute microphone is pretty good, one of the better ones I tested in this price range, and background noises are filtered out well. So all thumbs up for EPOS' latest offering, then? Unfortunately, no.

As with many headsets I've tested over the past years, comfort leaves to desire during longer sessions. After several hours of use, I could feel a clear strain on the top of my head, partly due to the headset's weight and clamping. This can be partially resolved by loosening the headband, but by doing so, it falls off easily when moving your head around too much.

Despite being a wired analog headset, the H6Pro Open surprised me with its clean, natural sound. The headset basically works with anything with a 3.5mm audio jack, making this an extremely versatile headset for those using it on multiple platforms. EPOS delivers a well-built headset with a pretty good microphone. Unfortunately, the H6Pro doesn't come cheap, and comfort during longer gaming sessions leaves to desire. Although they might not sound as clear and natural, plenty of wired and wireless alternatives are available in this segment, offering more features and better comfort at a lower price. 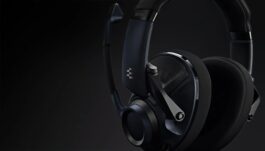 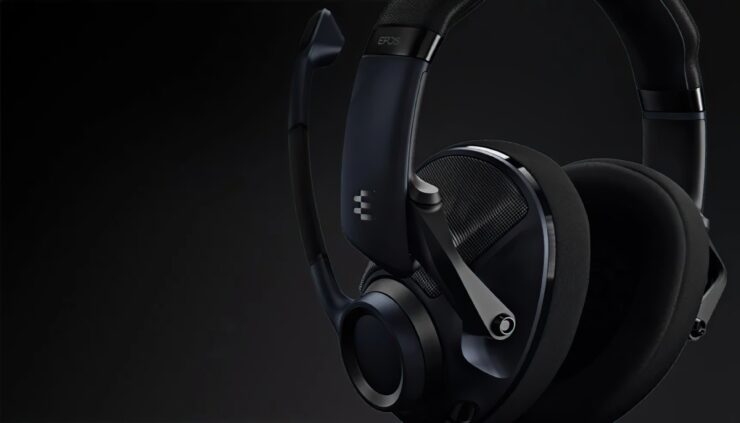 With the H6Pro Open, EPOS delivers a well-built, extremely versatile wired headset that offers a warm and natural sound. Regrettable, partly due to its high price, the H6 Pro doesn't check all the right boxes and there's room for improvement when it comes to comfort.