Dragon Ball Fusions Review – Not Bad but Certainly Not Great

Seeing Dragon Ball Fusions footage, I have to admit I wasn’t interested in the slightest. After Xenoverse 2 disappointed me, I’d had enough of the 3D Dragon Ball formula, which was typically battle arenas and similar combat across the board. Oh, how wrong I was to judge Dragon Ball Fusions.

What we have here is a turn-based RPG from Ganbarion which takes characters from across the Dragon Ball universe, turns them into cute “chibi” versions of themselves, and then fuses them together to make some unique warriors.

The story starts with two siblings summoning the eternal dragon Shenron and wishing for the greatest martial arts tournament known to man – because of course they do. Soon they find themselves in a world of floating islands and waterfalls that run off into the endless abyss – along with a bunch of powerful foes, of course.

Here the game takes characters you’re familiar with, along with brand new characters roughly styled after Toriyama favorites, and worlds collide. What’s nicest about this set up is that we can fight old favorites, such as Nappa, Raditz and the rest, but we don’t have to go through the same old Dragon Ball lore again. The fact is, fans know what happens in the Dragon Ball storyline – it’s recapped in almost every game – and exploring some new, goofy sides of the Dragon Ball universe is exactly what Dragon Ball games need to do.

And getting goofy is exactly what Dragon Ball Fusions is aiming for, as Dragon Ball fans will have hours of fun collecting battle partners, leveling them up, collecting special moves and fusing them with one another mid-battle.

Battles take place on a flat arena in the air, with your characters waiting for their turns then being moved about the arena and selecting enemies to attack. Positioning can help get big damage, as a Kamehameha against a single enemy does decent damage, but if your opponent is surrounded by his pals it’ll do even more. 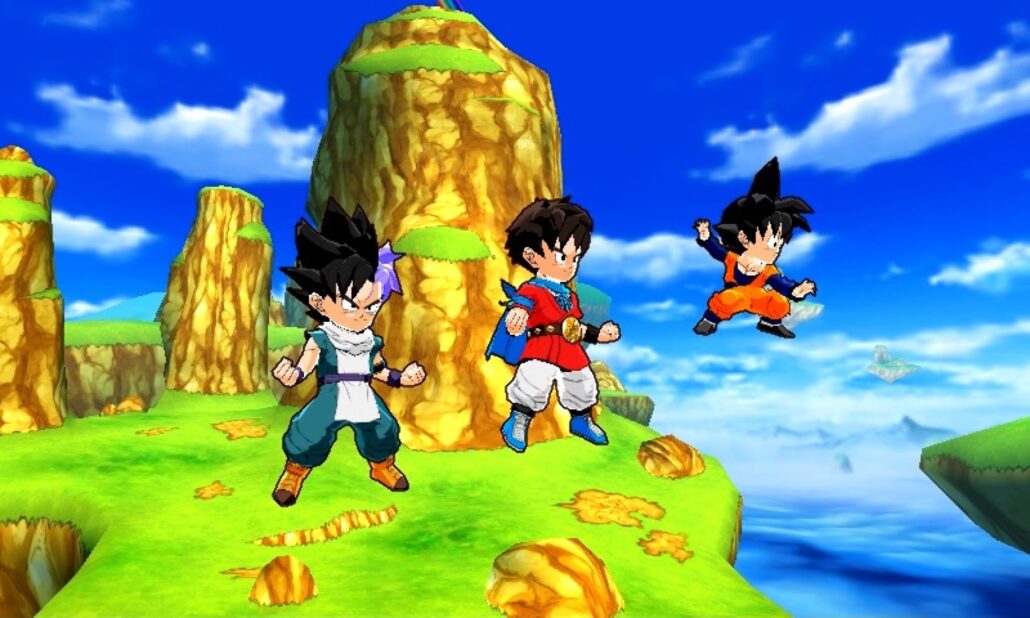 It requires being smart about the moves you use too, of course. A melee attack will send enemies flying – and those that fly out of the arena will take extra damage and be sent to the back of the queue for turns – while energy attacks often have a greater range and do damage to multiple foes. Even if you can’t send an enemy out of the ring though, you can still knock them into your own teammates, who’ll bounce the sorry antagonist about between themselves with kicks and punches.

What’s nice is that, even though this plays nothing like your typical Dragon Ball 3D brawler, the flashiness and style of those games remain. Melee attacking enemies will show them being sent flying by your blows, and when knocked out of the ring you often see a short scene with them being flung into a mountain before the cliff face breaks apart – in true Dragon Ball fashion, of course. Even though the combat might be slow and methodical now, Ganbarion has ensured it doesn’t lose any of the super-speed the series is known for.

Outside of battle, the plot continues at a fairly slow pace – not that it’s the most absorbing story anyway, only truly serving as a backdrop for all the Dragon Ball fan service. You can visit Dragon Ball non-combatants, such as Bulma, but in general the overworld is quite bland, despite being fully explorable. 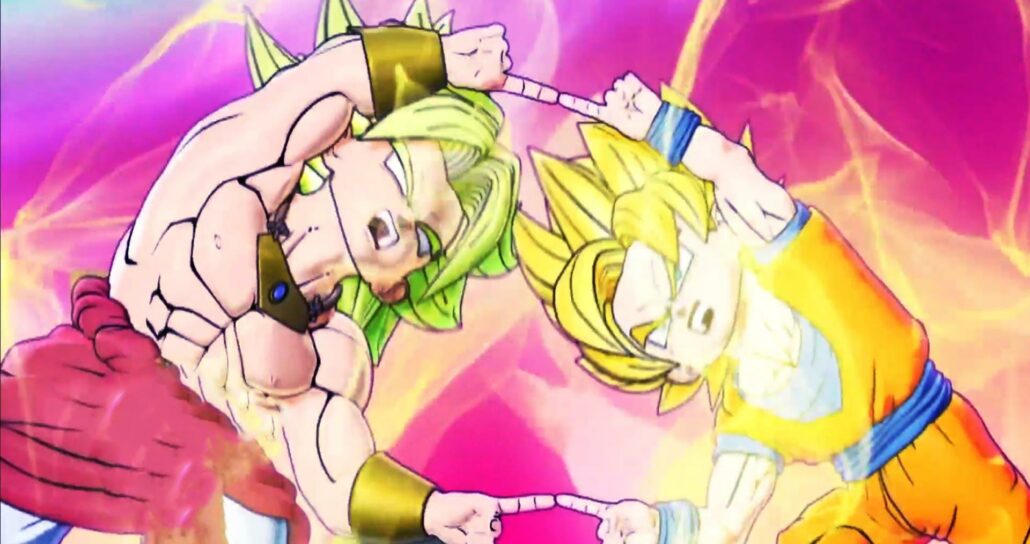 You fly about the overworld freely in typical Dragon Ball fashion, with flashy light effects swirling around your character as you boost through the air – it’s liberating, but also kind of pointless. Sure, you can swoop under waterfalls and around mountains, even weave between the skyscrapers of the small city located on one of the floating islands – but sadly, I can’t help but feel the world would be navigated just as well from a menu and wouldn’t lose much at all. It’s definitely impressive seeing such a wide world rendered on 3DS, but it’s there for what feels like no reason.

The highlight of Dragon Ball Fusions has got to be its battle system, and some entertaining fusions for fans – but honestly, after hours playing with the combat I can’t help but come down on thinking it’s not the best? Battles feel like an excuse to show off cool or funny fusions, they don’t feel quite deep or rewarding enough to be what you primarily do when playing the game. But that’s it – that battle system is the very meat of the game, and it doesn’t feel quite like enough.

Dragon Ball Fusions is a fun RPG, but it feels too slow to be a Dragon Ball game and lacks the depth one would expect from a fully-fledged RPG. It does a lot of things right, such as taking the Dragon Ball video game formula and doing something unique, but it doesn’t quite do enough.