As much as I love platformers, I can't help but feel that some prefer to focus on creativity, rather than difficulty. Sure, we have standout exceptions like Shovel Knight, but often when playing a game like New Super Mario Bros. U, I can't help but feel a little underwhelmed. A skilled platform player can easily dash through these levels and grab most essential items on their first try.

That's where Donkey Kong Country Tropical Freeze comes in. It took the learning-curve style design of the 2D Mario games, injected the world with some breathtaking scenery, and then made it the sort of game that would force even platformer veterans to stock up on extra lives at the shop. Donkey Kong Country Tropical Freeze is the kind of game that looks good, plays good and really puts the boot in in regards to challenge. 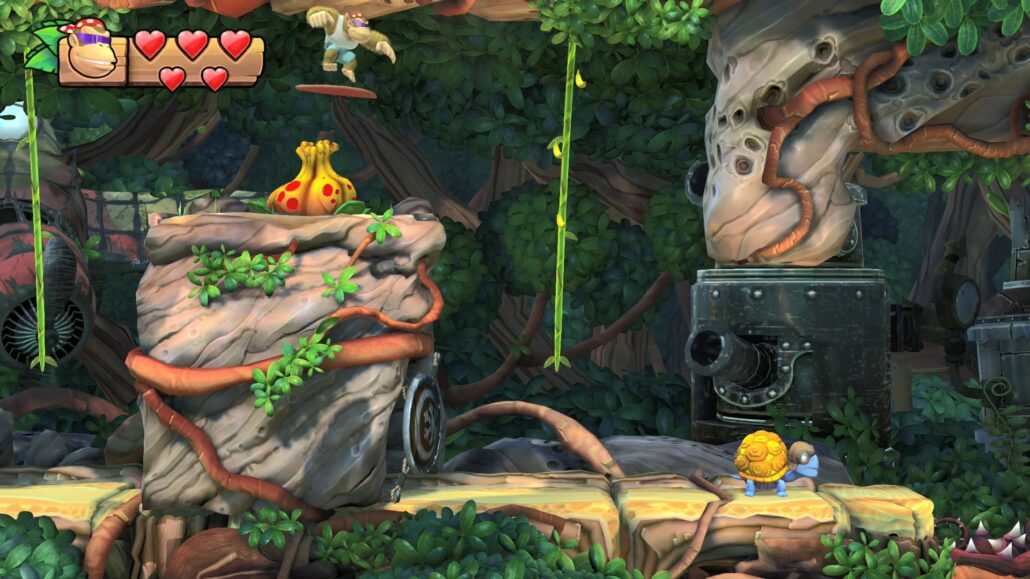 But like anything challenging, it's overcoming that which helps us find a sense of reward and accomplishment. And there's plenty of challenges to overcome in Tropical Freeze. If you've already played Tropical Freeze on Wii U, or Donkey Kong Country Returns on Wii or 3DS, then you already know basically what to expect. Loads of beautifully animated levels, with lush, detailed 3D backgrounds that you're likely to whizz by so quickly that you won't even give them the appreciation they deserve, especially now that the game runs in 1080p 60FPS on Nintendo Switch.

Unfortunately, though, that's where the Switch enhancements end unless you count Funky Kong as an essential part of the cast. He's been added to ease players into the game even further. Sure, the whole game is completable solely as Donkey Kong, but he can get a decent amount of assistance from his pals, Diddy, Dixie and Cranky. Diddy and Dixie essentially boost your jump, but Cranky does that in addition to allowing you to bounce on spikes - which is a frankly broken, but wonderful ability, that removes a bit much of the challenge from levels.

That's not to say they become easy, but with Funky, things get even simpler, as he takes no damage from spikes, in addition to a big jump boost. Playing as Funky essentially equates to an easy mode, but even then, the complex and challenging level design means that easy mode still doesn't necessarily mean children will be speeding through. 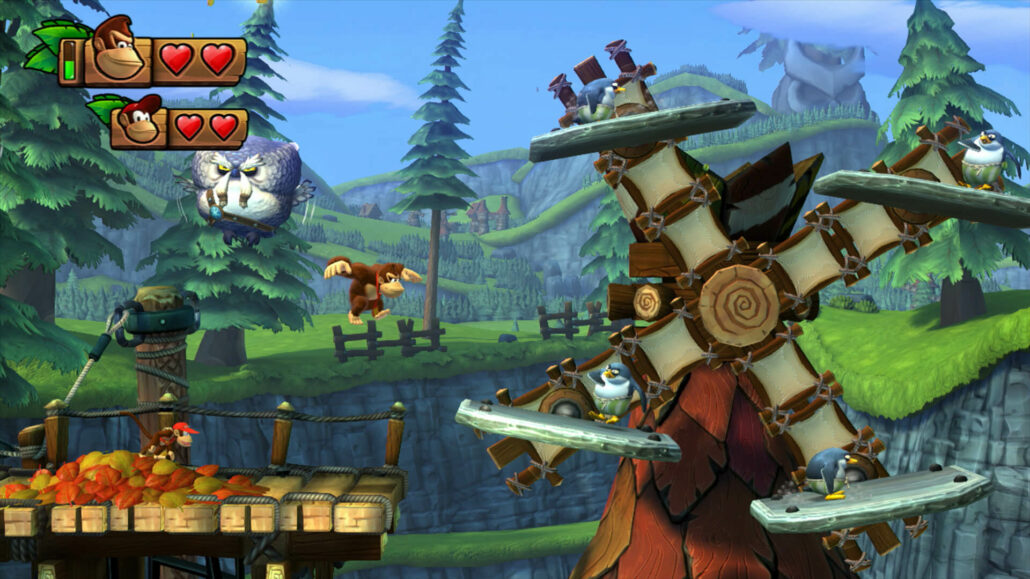 The way the Kong family moves in conjunction to one another is central to playing the game, and it's the kind of experience where small nuanced moves make a big difference. For example, having a partner on DK's back will allow him to roll infinitely instead of in short bursts. Jump while you have the momentum built up from rolling, and you can make a great distance that's impossible just from running. You only need a tiny amount of space in order to roll and jump to platforms, but in tight situations, it can feel like a skillful and at times risky move to pull off.

I've already mentioned the wonderful art style, but somehow it looks even better in situations where the game changes up. In some stages, you'll be playing as a silhouette against a bright background and still the strong art style in the game ensures you can still make out every object and enemy despite only seeing their silhouette and animations. It's proof of the strong visual design in the game when you can remove all lighting and still make it work wonderfully.

Things get impressive in the minecart and barrel riding stages, where you'll have to carefully analyze the path ahead and jump or hover in the right parts of the stage to uncover hidden secrets and find the safe path through. In this games, it feels a bit like an auto-runner with very specifically timed jumps, but the art style and visual representation make it feel like so much more than those titles. 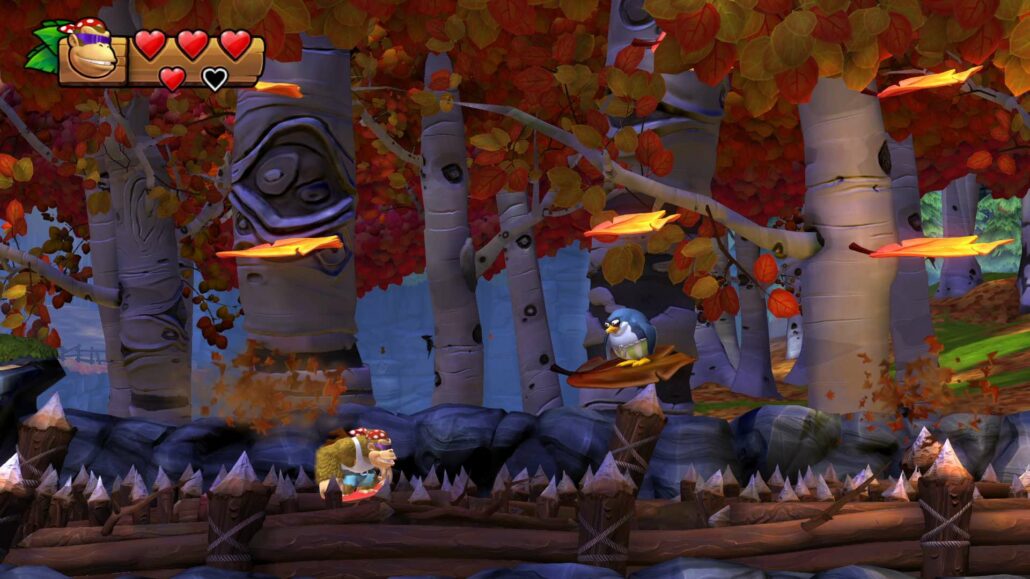 There's also local co-op, which is a wonderful thing to see in this day and age, and thankfully, this is the sort of game where you won't jump on your friend's head and send them crashing into the abyss, thank goodness. Though, playing in co-op can make it harder, especially if your partner is less skilled and keeps dying, tossing away your stock of lives, not to mention the fact that it's tougher to play the game as DK solo, and it's better to have a pal on your back.

Playing Donkey Kong Country Tropical Freeze on the handheld screen is a pretty refreshing way to play too, and if you play out of the house a lot, it makes it an essential part of the package. However, if you've played Tropical Freeze before on Wii U, well, you've basically seen it all, just at a lower resolution. Yeah, sure, there's Funky Kong, but if you've already played through the game he isn't going to offer you anything you want.

It's a shame, but like many Wii U ports that have popped up on Switch, this is an incredibly high-quality title that frankly doesn't give players enough of a reason to play it again. If you never played this game before and never owned a Wii U then it's a great game to play and you'll adore the challenge, but if you've played it all before, like me? Fun to revisit, but hardly essential.