Games modeled after Hidetaka Miyazaki’s vision for the Dark Souls series have become one of the more popular genres for developers to tackle, next to the ever-growing pool of Metrovania and action exploration platformers. For every masterpiece like Eldest Souls, you have a title like Hellpoint where the developers have a vision but the final execution just doesn’t clear the final phase. This time, a Brazilian studio named Massive Work Studio has put together Dolmen, their concept of what a space-themed Soulslike should look like in 2022. With some publishing help from Koch Media’s Prime Matter label, we’ve finally gotten our hands on the final version of a game first teased in a 2018 Kickstarter.

The Dolmen that players seek are crystals that can only be found on one remote alien planet. Vying for control of those crystals are three rival factions that really don’t have much presence on Revion Prime beyond slaughtered carcasses and abandoned audio logs strewn about. The rest that you see are either willing to kill you just for passing by or in the case of the Drillers, are hidden around the planet as a collectible that yields the player crafting materials for unique weaponry.

Dolmen crystals are used mainly for interacting between realities, a premise that is largely underutilized save for the death splash screen where you’re informed that this timeline was erased and you’re starting anew. Beyond that, there isn’t much motivation save for an unseen mission coordinator that communicates with the player from time to time when there’s a lull in the action. To be fair, there’s not much need in a Soulslike game to motivate the player beyond an innate need to survive and get stronger, so at least the developers came up with a justification for the alternative timelines created when you die and come back to life.

One of the original pitches to Dolmen had players drop far more than just their currency upon dying. It’s a relief to see that the developers reconsidered their pitch and instead limited what you drop to just your level-boosting Nanites and a stash of Dolmen crystals used to respawn bosses and take part in jolly cooperation against them. Running back to your corpse does mean you can retrieve the last pile of Nanites and crystals dropped, but expect to fight more than just menacing enemies along the way.

Jank will be the player’s greatest enemy in Dolmen. Little feels as well as it should, and many concepts just don’t work out mechanically, as more refined Soulslikes have shown. Combat lacks impact, enemies bug out in unpredictable ways, and a whole slew of audio and visual bugs mar the experience. Even on PlayStation 5, Dolmen isn’t much of a looker and has an unusually high amount of aliasing, even when set on the so-called Quality mode. This is a shame because there’s better lighting and environmental effects, but with the added bonus of near-constant frame hitching and a sheer lack of smoothness when moving the camera. I thought it was well worth the tradeoff for a minimal impact to graphics to have the experience run at a much smoother 60 FPS target.

Coming back to the combat for a second, that’s what can make or break a great Soulslike. On paper, Massive Work Studio has some very compelling concepts for its take on the combat system. You have all of the typical features that a player should expect from the genre: stamina and a second resource to power special abilities, both light and heavy attacks, and a defensive system that allows for blocking/parrying/dodge rolling. What Dolmen brings to the table is an emphasis on ranged combat that I haven’t seen other similar titles tackle in quite the same way. A ranged weapon exists as both the combat opener as well as a tool to deal a constant amount of damage and status effects without worrying too much about ammo. A few of the final unlockable guns do consume permanent energy as part of their heavy attack, but the tradeoff is well worth it in many instances.

The ranged weaponry is actually part of what made me fond of Dolmen despite the melee jankiness. I invested heavily in Science as my primary combat stat and it was well worth it to hit a boss for hundreds of damage from safe distances as long as I had the batteries to back it up. Firing ranged weapons (or using a Reactor) only temporarily depletes the player’s energy. It will slowly chip away at the available energy before refilling back up to the current maximum. Only with some of those aforementioned heavy attacks or healing oneself is the energy permanently depleted. Dolmen wants the player to keep using their energy up whenever possible because even the act of consuming energy for a health potion instantly takes effect, while using a battery to restore one’s energy is what takes time and leaves the player open to attack.

The other important use for energy in Dolmen is to power the player’s Reactor. Available in one of three flavors (for each of the three elements of Fire, Ice, and Acid), these provide temporary boosts when activated with the Triangle button (up until either the temporary energy pool runs dry or the player manually turns it back off). Depending on the Reactor equipped, different passive abilities kick on. For the acid reactor, gain additional stamina regen when under half health; for ice, absorb 20% of your damage when your health is similarly low. All three reactors share a trait of dealing additional damage when timely blocking a projectile and, more importantly, temporarily consuming energy rather than stamina for attacking and defensive maneuvers. It’s because of this energy mode that Dolmen pushes the player to play more aggressively by allowing them full access to use both forms of energy currency to perform longer combos and then dodge away to recover that spent stamina and energy.

To come back to the jank of Dolmen for a moment, I feel as though that’s where the majority of the negativity in my experience lies. It’s ultimately a Soulslike where the features and promises sound great in a list of descriptors but leave much to be desired in the actual execution. For example, multiplayer is included as part of the Dolmen experience but is limited solely to boss fights and requires the use of Dolmen crystals to respawn a boss or even join another player. Dying and losing your crystals outside of these multiplayer sessions means going back and farming enough crystals to join another player. That’s only if the multiplayer session works. During pre-release, I played with another editor (both on PlayStation 5), and we each had our variety of issues such as latency and slowdown, bosses teleporting around or causing the player to lose health through no fault of their own, or one of my personal favorites, disappearing under the ground.

Combat and exploration, the cornerstones of what defines a good Soulslike versus a bad one, both skew towards the negative here. Combat hits don’t feel like they have any real impact, especially when wielding giant two-handed greatswords. Similarly, dodging and blocking look awkward in execution but work well when you can read a move and know which evasive move negates it. Much of the Dolmen experience lies in figuring out how to navigate around the jankiness and find something enjoyable beneath it all.

Exploration, on the other hand, never truly gets interesting in Dolmen. Across the three distinct zones, you’re mainly operating in a straight line despite the promises of exploring through weaving corridors or exploring for switches. There are only a couple of environmental puzzles that help break up the routine and they’re interesting for the one time you’re likely to see them. With the world broken up into distinct levels with loading zones, Dolmen hides the promise of exploration with glaring deficiencies. If you’re looking for the next Elden Ring or hundred-hour epic, Dolmen is thankfully not that game. Defeating the ten or so bosses and grinding them multiple times to get materials to craft unique weapons (and even grinding out enough enemy drops to craft all three tiers of every armor) only took 16-18 hours to earn the platinum trophy on PlayStation 5. There are a few collectibles (talking to Drillers to get their weapon component) strewn about to keep an eye out for and two optional zones, but beyond that, Dolmen is about as straight a shot as you can get in space.

Dolmen isn’t the worst hardcore action RPG I’ve played, but it may be one of the worst in the Soulslike genre. Massive Work Studio has outlined some intriguing ideas that I would love to see executed with a possible sequel, but without some heavy tuning to the feel and momentum of combat, I wouldn’t recommend putting this one on your timeline. 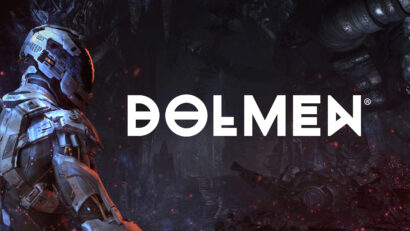 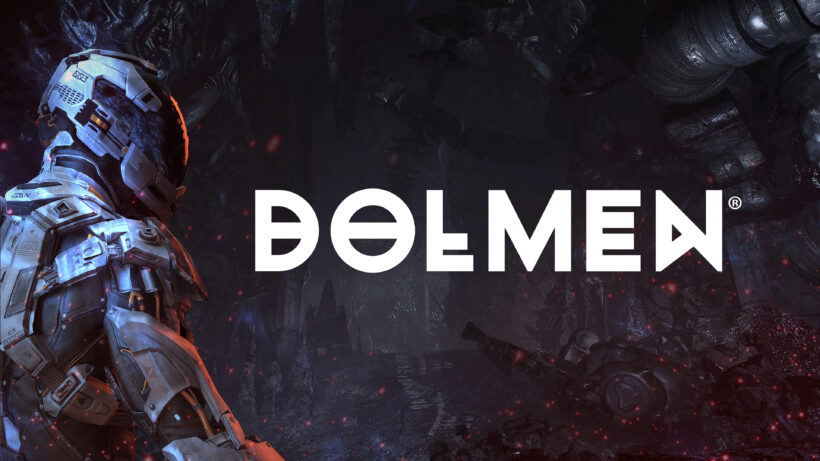 Dolmen innovates the Soulslike genre with how it handles Energy and ranged combat but lacks a clear vision of what makes these games enjoyable beyond just some interesting mechanics.