Disco Elysium has always been a game about making mistakes; in fact, it is an entire tapestry of mistakes. It revolves around a character who has made every mistake possible and his attempt to redeem them, forgive them, or embrace them. It is a game set in a world after a series of political mistakes, one where no one, not even the winners, are particularly happy. And it is a game about the player making mistakes, having joy, and release in failed attempts at remembering co-workers and solving crimes. The Final Cut, however, isn’t a mistake at all.

Disco Elysium: The Final Cut looks much like the original that came out at the end of 2019 on Steam. It feels similar to, at least in a literal sense, even if you’re playing on console. This isn’t some huge graphical and gameplay overhaul like the Final Fantasy VII Remake, of course. It sounds nothing like the original, though. The music in Disco Elysium, orchestrated by British Sea Power, is as powerful, thematic, and powerful as ever, but it’s the voices that make a real differing impression.

The original version of Disco Elysium had many voice actors, but with over one million lines of dialogue, the studio opted to have the beginning of conversations voiced. The rest was written, in beautiful prose, for the player to absorb. The Final Cut is completely voiced, with even the aspects of yourself voiced by the narrator, and the voice work is truly sublime. There is gravitas for the poetic descriptions, emotion from the heartbreaking stories, and perfect comedic timing for the funny bits.

There are some changes, however, as some voice actors weren’t able to replay their roles. Most notably, Cuno the drugged-out child and a Martinaise wide tormentor. If you particularly liked his grating, shrill insults, you’ll have to endure a slightly more diluted experience with Disco Elysium The Final Cut. But while the voices might have changed slightly, the script remains the same, even keeping the now censored slurs in. It feels like an unusual choice to keep in the censored words rather than find a better line, but it does keep the characters that use them as unlikable as you first remember.

Playing Disco Elysium again feels like an entirely new experience. Each character, already remarkably fleshed out and often frustratingly kept at arm’s length, now feels even more emotive and alive. This update comes free for anyone that already owned the game on Steam, and it should be immediately played again for veterans of the game. The voices alone let you soak in more of the world without any more effort, with names and places that might otherwise be remembered as French-looking words that you can’t possibly attempt given new life and accent with the characters.

The biggest let overwhelming new audio experience is your internal monologues. Every aspect of your personality in Disco Elysium is broken down into divided personas that speak to you while exploring, detecting, or conversing with others. And while the narrator does a fantastic job of bringing each to life, it feels like they could have each had their own unique voices like the Limbic System and Ancient Reptilian Brain. Players who already played through the game might have already imagined the different voices for these aspects, like the cold reasoning of Logic, the barely contained screaming of authority, and the distracted otherworldliness of Shivers. Instead, they each have the same voice, making them nevertheless feel like fractured parts of your whole psyche, but not as unique as they once did.

But every other character feels right. And every line delivered is done so in an interesting way.

And there is more to the game than the lines. For players yet to enter Martinaise, Disco Elysium is a drug-soaked exploration of people, poverty, and the aforementioned mistakes. You play a detective who, while not nameless, has forgotten his own name. You awaken from a self-annihilating binge that purged your mind of all memories, as well as your hotel room of all unbroken furniture. You have to attempt to piece your life together while solving a crime – a lynching in the yard behind the hotel – without falling back into that sweet oblivion your instinctively drawn towards.

You’ll be accompanied through most of the adventure with Kim, a straight-laced fellow detective whose relationship blossoms or withers depending on whether you can resist your electrochemical urges and complete your case. But there are dozens of other characters to meet as well. Each one has their perspective on the crime, you, and the world, and it's truly magical sinking into roundabout conversations and philosophical debate in the game. Disco Elysium is a game about micro and macro politics, and it wears its viewpoints on its sleeve, making it so much more engaging to explore than other games that desperately attempt to avoid saying anything at all.

Your dialogue options are often funny, hilarious, tragic, as you spend most of your time asking questions and desperately avoid answering them. And the detective work is top-notch as well. Solving something normally means passing a check where virtual dice are rolled against one of your personas skill levels, which can be affected through a simple leveling system, as well as your outfit. Pass and that part of you discovers or achieves something. Drama might detect a lie that the rest of you didn’t, Perception might have seen something amiss, Electrochemistry might have detected some drugs in the speech pattern of a suspect. Each aspect has its own realm of understanding, and you’ll have to build your detective over a select few.

Disco Elysium even goes further, with your persona constantly rolling invisible checks that allow them to add more context and information to situations as they unfold.

This also gives the game a vast degree of replayability. If you were to say, begin the game with a sensitive character that can empathize and understand others, but perhaps doesn’t have an encyclopedic knowledge of the world and has difficulty conceptualizing things, you’ll have an entirely different understanding and experience with Disco Elysium than someone who had the opposite. There will be new information, dialogue, and routes to completing objectives depending on how your character sees the world, and it makes you want to see the world in every way possible.

The best thing about Disco Elysium is that the world is so much bigger than the investigation. And because of this, there is more to see in the world than a hanged man on a tree. You can explore the Doomed Commercial Area's mysteries or help ravers created a nightclub in an abandoned church. You can steal speed for a child or simply tell a woman her husband has tragically died.

While you might only get to explore a relatively small area, the dedication the studio had to create a lived-in world with its own history and culture is evident. Disco Elysium makes you feel like you’re not the main character of this universe but a barely significant evil ape standing on a big ball. It lets you get lost in the world, in its characters and consequences, in a way that no other game does. 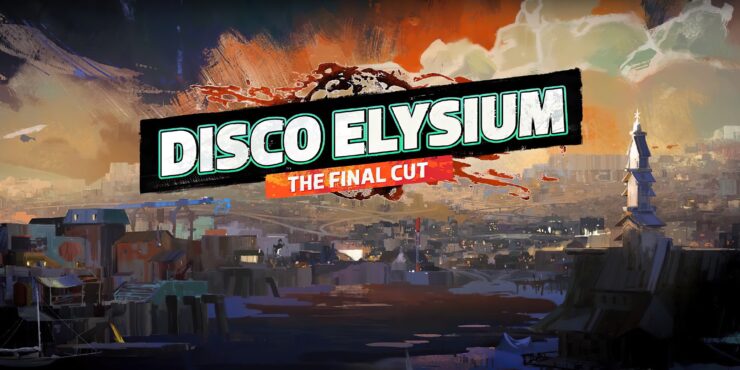 Disco Elysium: The Final Cut doesn't shy away from its problems, but each one just cements how interesting those flaws are. Minor technical issues can be fixed, but what the game does, how it does it, and how the player responds is something that no other medium, no other game has achieved.