Destiny 2’s first major expansion takes the Guardians to Mercury to take on the Vex and most importantly, get more loot.

The rather brief three hour campaign takes you to Mercury. You learn that long ago, The Traveler swung by the planet and turned into lush paradise up until the Vex showed up and decided to turn the core of the planet into a giant supercomputer.

As far as the enemies to fight, I always found the Vex to be the least compelling species to fight when compared to the Fallen, Cabal or even the Taken. You’ll fight them the same way you always do (shoot the glowing orb) with the exception of a couple of clever instances where you have to use your brain.

Curse of Osiris has nine new missions, two new strikes, and a raid lair. You’ll spend most of your time in the Infinite Forest, an advanced simulation. When compared to other Destiny 2 destinations, it feels small. It’s absolutely gorgeous but you’ll find yourself itching for more things to do in no time. You're also working on new level (25) and power level (335) caps.

The main issue with the expansion is that’s it’s a very hollow campaign that ends before it can pick up any real steam. In theory, I love the idea of the Infinite Forest from a storytelling standpoint. The Vex essentially have time-travel tech so it would've been awesome to really lean into that. It would have been incredible to see more what the Traveler was up to prior to coming to Earth since it’s been around for ages. The improved Adventures has some pretty good loot as you fight through the Infinite Forest’s random scenarios. These randomize conflicts I really like in theory but they fall a little short. They work almost like Diablo's randomized dungeons just on a way smaller scale.

The new strikes, A Garden World and Tree of Probabilities, offer some new mechanics which I definitely felt were lacking in the main Destiny 2 campaign. A veteran Fireteam will find no problem charging through the new missions and two bosses with little to no issues. My best advice is getting your team for the Heroic Strike Playlist if you really want a challenge. I found it strange that if want to do any Prestige Leviathan raids, you'll have to buy Curse of Osiris in order to make that happen. I get wanting folks to buy the expansion pack but gating already existing content doesn't seem like the best idea.

The only real redeeming feature about Curse of Osiris is the Raid Lair. The shorter, better designed fights and puzzles are things I definitely want to see more of in Destiny 2. There are a couple of really intense fights with a short jumping puzzle (thank god). The intense boss battle, in the end, is a good fight. The best part? The entire bit only runs about 45 to 60 minutes. For someone like me who doesn't have an entire night to devote to raiding with buddies, this seems like a decent compromise.

The love-it or hate-it PvP returns with no real significant changes asides from the Prometheus Lens bug that made for really crazy videos. The new Crucible Arena maps are platform heavy which leads to unusually fun combat encounters. Chances are, if you were bad at Destiny 2 PvP, you’ll still be bad in the expansion. At least, you can appreciate the maps while you get your face melted by the Prometheus Lens.

Curse of Osiris is an underwhelming expansion that really doesn't offer anything of real substance (or end-game content) to the overall Destiny 2 package, though the Raid Lair is a smartly designed and shows that Bungie is heading in the right direction on that front.

Overall, though, if you're a serious Destiny 2 player, then in you're for a serious letdown. Here's hoping the next expansion pack gives us more to sink our teeth into. 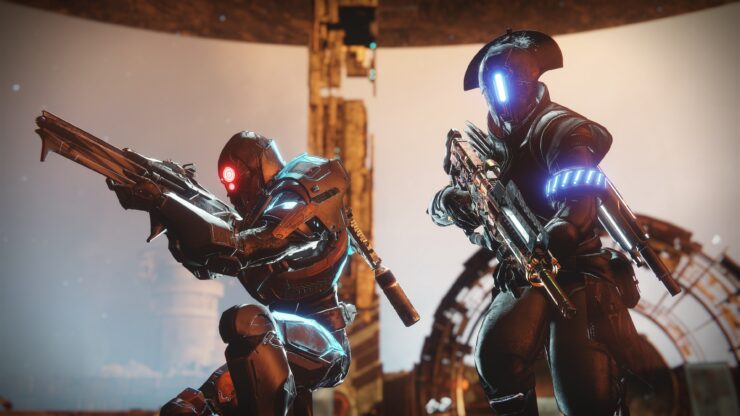 Curse of Osiris offers little as far as content is concerned. The brief campaign is forgettable and treated more like hold-over content than a proper full expansion. The only real redeeming feature about Curse of Osiris are the Raid Lairs. Destiny 2 Season of the Seraph Details Revealed in Latest Trailer