With the original Dead Rising celebrating its 10th birthday earlier this year, now’s as good a time as any to take another look at the realm of the undead. Capcom has been on a remaster streak lately, with most of the classic Resident Evil series seeing some form of up-res release on the current generation of consoles. The newly released Dead Rising Triple Pack puts players back into the shoes of an unlikely pair of outbreak survivors. For those that may have missed out on these three adventures on the last generation of consoles or returning for another chance at survival, is it worth trying to survive another 72 hours in zombie paradise? 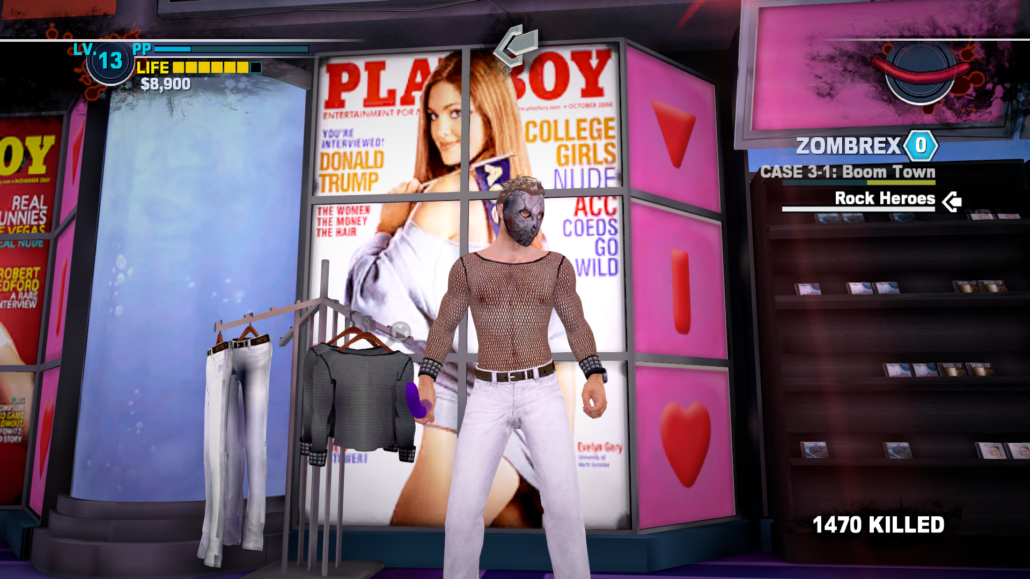 Whether players prefer the sleepy mountain town of Willamette, Colorado’s only shopping mall or a high-energy casino shopping district, the premise for Dead Rising largely remains the same. Trapped inside for 72 hours before rescue can arrive, these smaller sandboxes offer the perfect playground to make use of whatever’s on hand to defend oneself against turning into the undead. All of the humor, satire, and yes, even a Playboy cover story featuring an interview with Donald Trump, are all preserved for a new generation of zombie hunters.

If you have any fond memories of playing a Dead Rising title some time during the last decade, chances are those memories can be relived just as you remember. Save for some graphical enhancements, the Dead Rising Triple Pack plays just as the originals did for better or for worse. For preservationists that want to play these titles just as Keiji Inafune and the Capcom team envisioned, the Playstation 4 and Xbox One versions certainly look better than the originals but still show the same seams and patches. Almost none of the extra content made it into the remasters, save for some pre-order bonus costumes in the second Dead Rising. This means no Case Zero and no Case West, both Xbox 360 standalone DLC from a few years ago.

Aside for some graphical improvements to help bring the series’ fidelity up closer to current generation standards, there’s little else than can be said about the framework of the game. From what I could tell, no new textures or models were added into any of the three games although some of the posters appeared to be given a sharper treatment beyond just a simple increase in resolution. The character models from the original Dead Rising certainly do get quite an overhaul in terms of visual performance and sharpness, but the environments and textures haven’t aged well over the past ten years during the transition from the beginning of one console generation all the way through the middle of another. 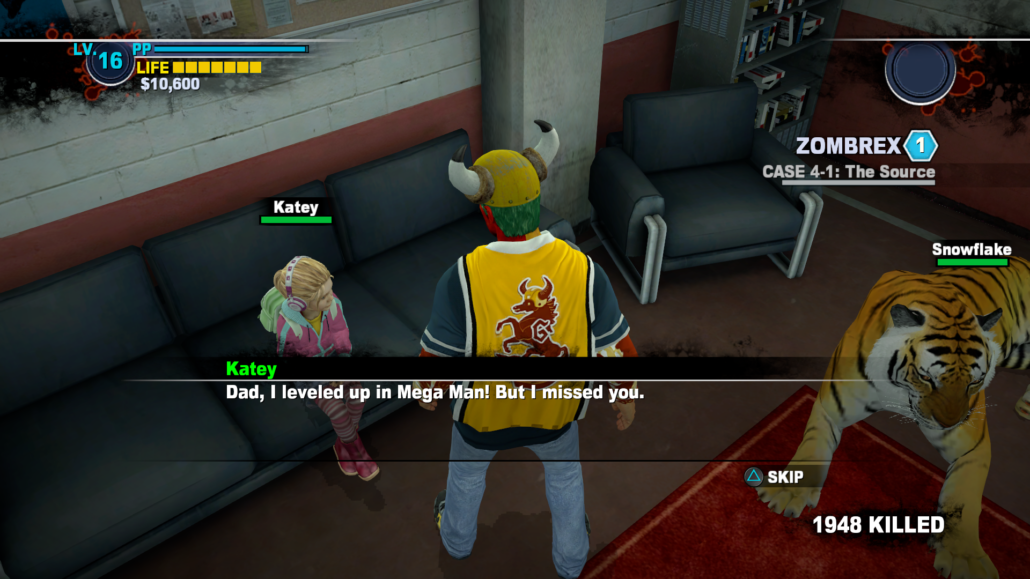 With the first Dead Rising title aiming for 720P@30FPS during the Xbox 360’s launch, this is a largely welcome improvement especially with a great reduction in the amount of screen tearing present during play (although not completely eliminated on the PlayStation 4). Dead Rising 2 (and Off the Record)’s visuals remain closer to the original with the added benefit of a higher resolution and sharper image quality. The result is a gaming experience that’s much easier on the eyes, with many of the offending jagged lines from the original smoothed away (especially when compared against the PlayStation 3 release).

Each of the titles in the Dead Rising Triple Pack aim for the full 1080P@60FPS experience, with some games faring better in this regards versus the others. Frank West’s time with Willamette, Colorado in the first Dead Rising hits that sixty frames-per-second goal more often than not, with scenes with a higher density of undead having a slight performance hitch as the PS4’s adaptive v-sync kicks in. 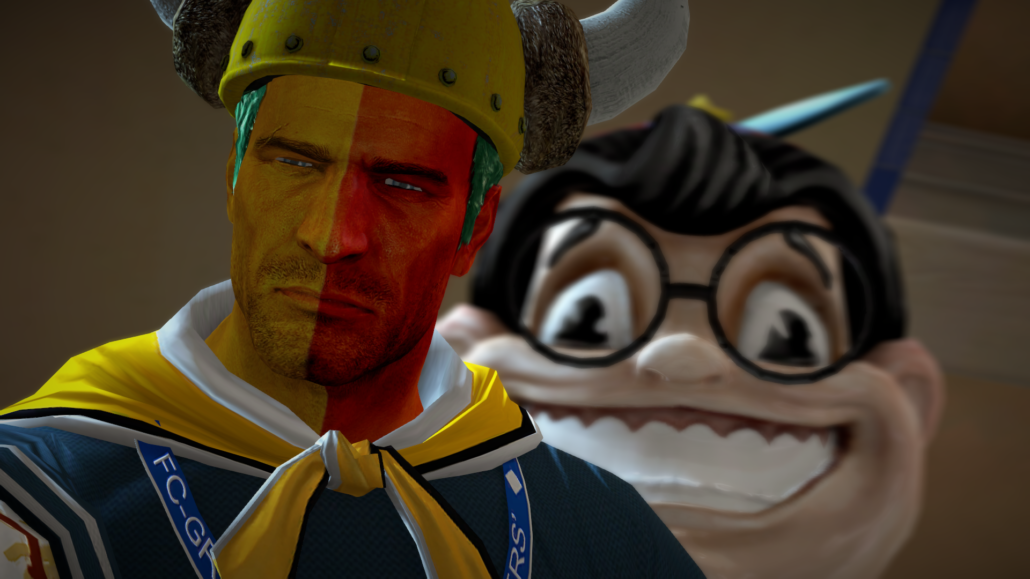 Dead Rising 2, however, is more of a mixed bag. While it had the same 60 FPS target of the first title, the Fortune City titles see a bigger hit to performance during some of the more exhilarating moments and boss fights. Coupled with a lower 30 FPS of the game’s in-engine cutscenes, the graphical performance of Dead Rising 2 certainly suffers in ways that the first title in the Dead Rising Triple Pack doesn’t. Interestingly, the Xbox One version received a day one patch that helped improve some basic performance, but as of the writing of this review, the PlayStation 4 release was still on version 1.01.

Operating on the same engine as the original Dead Rising 2, Off The Record feels as though it suffers from the same slowdown and minor hitching as the game progresses. One anomaly that popped up on a few occasions came with the hit collision. Jumping onto objects in the environment as Frank sometimes caused him to ricochet and spring off in a different direction, although this wasn't quite as amusing as a one-off bug with Chuck Greene in the previous title (this only happened once during my playthrough where the AI behaviors simply didn't load and the zombies stood around as mindless, well, zombies).

If you haven’t had the opportunity to punch your ticket for a three-day getaway to Fortune City, the Dead Rising Triple Pack might be just the vacation you’ve been waiting for. While it’s not quite a perfect port to the current-gen platforms, the graphical upgrades and improved frame rates do help justify a trip for newcomers. For those that just want to pick up a single zombie survival experience, the original Dead Rising stands out as the must-play title from the Triple Pack.

Review codes provided by the publisher.

If you haven’t had the opportunity to punch your ticket for a three-day getaway to Fortune City, the Dead Rising Triple Pack might be just the vacation you’ve been waiting for.