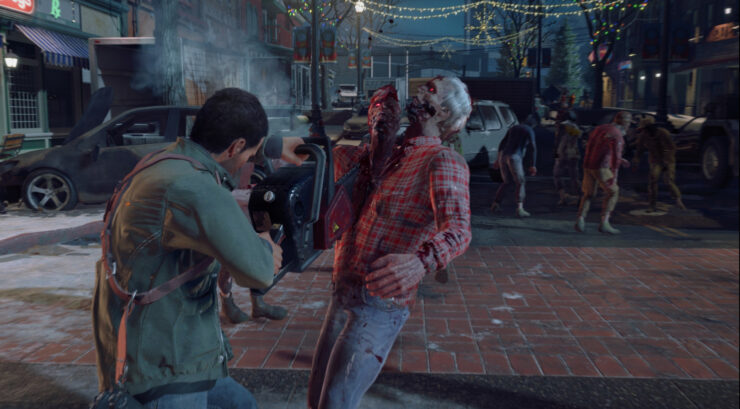 Frank West, the popular photographer/zombie killer, is about to go back to Willamette, Colorado when Dead Rising 4 launches in early December.

The release window picked by Capcom Vancouver fits perfectly with the Christmas theme of the game. However, some Dead Rising fans have been vocal about their disapproval of Capcom's choice to do away with the built-in timer that has been a huge part of the franchise since the very first game. Speaking with Eurogamer at a recent preview event, Executive Producer Bryce Cochrane explained that this decision allowed Capcom Vancouver to craft a huge open world that players could explore without worrying about the timer.

When you had the timer you had to throw everything into the player's path. Here it's trying to make the player explore the world and find out things about it.

They feel like they lived in that area before they went weird. We didn't go with the 'Seven Deadly Sins' idea just to put something in there. We wanted all the people who attack you to have a reason to be in Willamette.

Cochrane also confirmed that Dead Rising 4 won't be the last time we're going to see Frank West in the series.

Frank West is the most popular hero in our entire series, and we wanted to wrap up his story in Willamette - not his entire story in the franchise, but what happened in Willamette and what's happened between the time of the first outbreak and this outbreak.