Sometimes you can just tell the origins of a developer by the game they make, particularly when they draw from personal experiences. I imagine developers Salix Games have spent a little time in London because I'll be damned if I didn't feel like I was in the capital the number of times I've been told to [ahem] off. Now, I don't quite believe everything is based on personal experience. Dance of Death: Du Lac & Fey takes place in London in 1888 and even more Intriguing is the primary cast of characters, these being Sir Lancelot (du Lac) and Morgan (le Fay), only Morgan is cursed and forced to live in the guise of a dog. 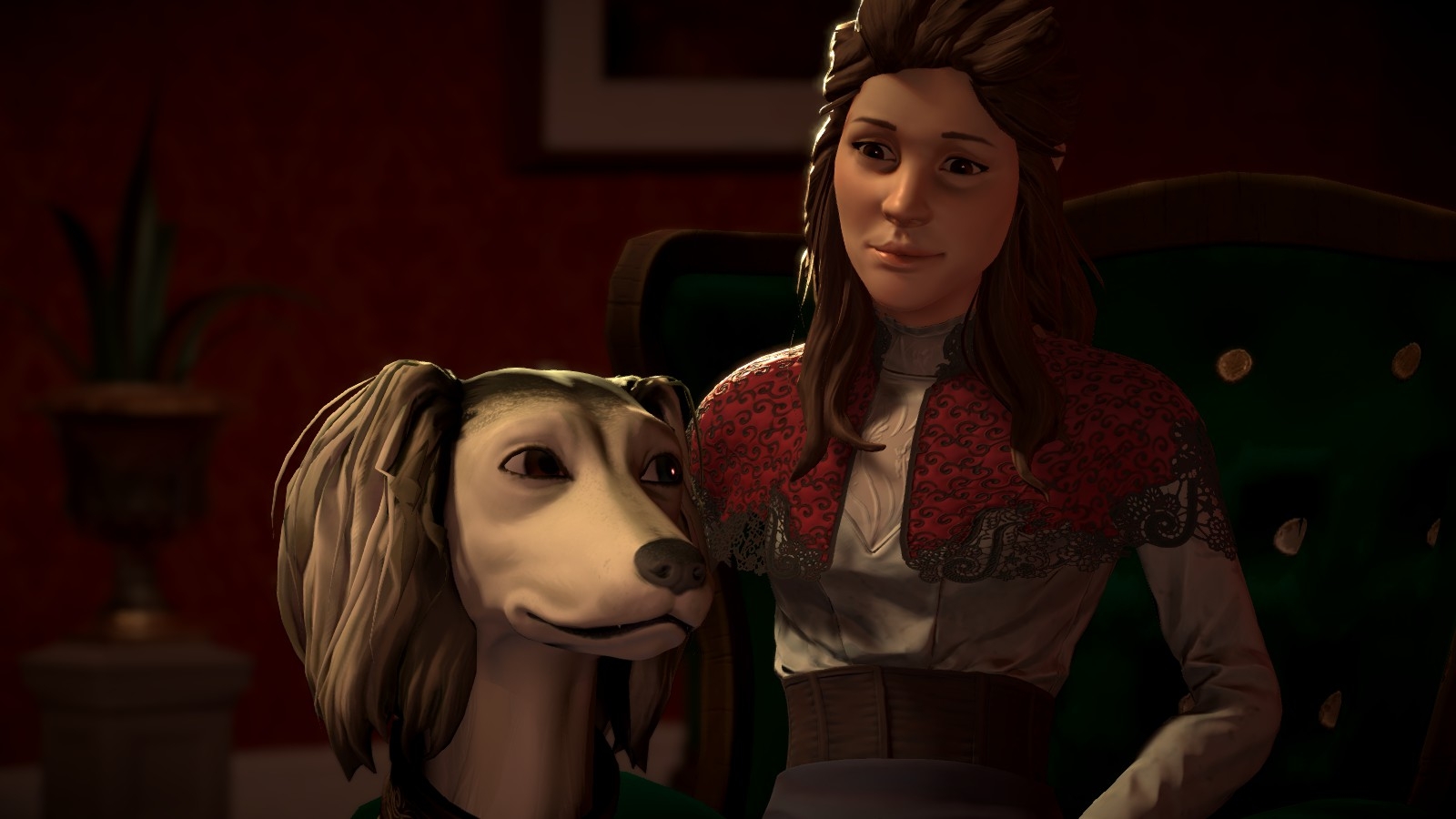 Let me get the pernickety part of me out of the way first. The game should be called Dance of Death: Du Lac & Fay, not Fey. Also, and I shouldn't complain too much about this, but there are a fair few spelling and grammatical errors within the game. Why shouldn't I complain too much? Because in the tens of thousands of words I write a month, I make a fair few mistakes myself. What was that proverb about throwing glass at stone houses?

Honestly, sticking to the negative, my real issue with the game is just how slow it is. Let me be honest, if it weren't for the fact that I was playing it to review, my frustrations at the incredibly slow pace and downright annoying controls would have seen me stop playing. I'm not averse to Point & Click Adventure games in any way shape or form, provided the game actually detects what you're clicking. To actually move the characters around, particularly in the busier scenes, was a chore.

What was even more of a chore is actually figuring out what you could interact with. Generally speaking, to make the players life that bit easier, there would be an icon over whatever you can interact with as you hover over it. That or there would be something distinctive to make you actually want to head to whatever it is. Here, well the characters are distinctive and stand out, as do a number of other elements like a specific book on a table. That or the game will outright tell you what to do. However, for side quests and other elements, particularly when finding a character to talk to if it just says to ask around, you're going to find yourself meandering, very slowly.

Why? You don't even know if a character is one that even speaks until you're practically stood in their faces. The problem is that even at the fastest pace offered by the game - double clicking wherever you want to move - it's tediously slow. Sometimes the icons for whatever you can interact with take a few seconds to show up too. Other times, the game takes your input of where to go as more of a suggestion, one that it prefers to ignore and sometimes sends the characters strolling off of the screen. Frankly, it's rare I find a Point & Click game so difficult to manoeuvre through and control. 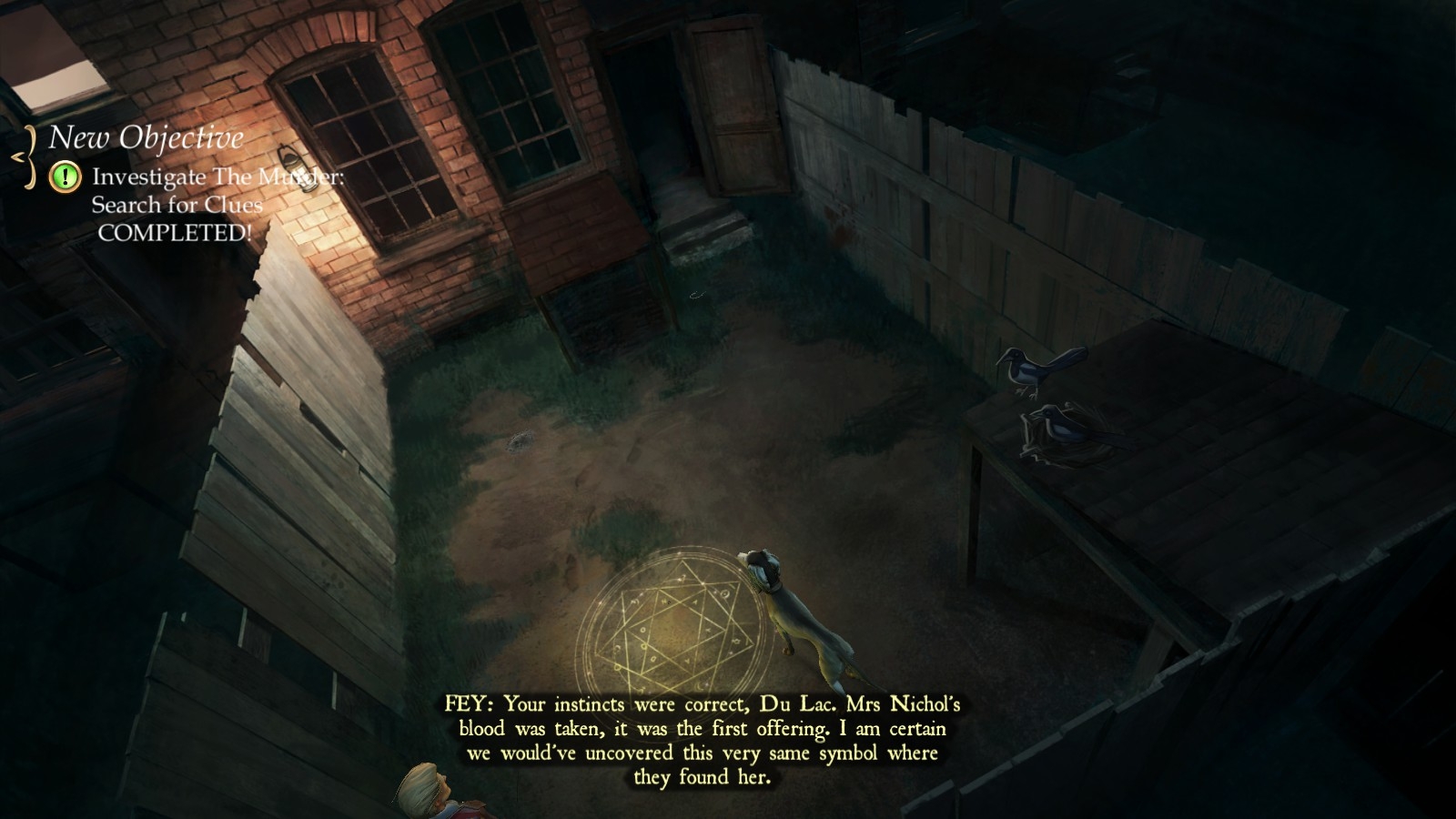 So now you know that it can be tediously slow, not the most responsive and a bit broken, the question ends up being is there enough to balance out the problems? Honestly, it's hard to say. That very much depends on if you have the patience to overcome a very slow start and the aforementioned issues. If you do, you'll likely find yourself surprisingly absorbed in a strange, quirky and ultimately intriguing story. As mentioned, you have Lancelot and dog-Morgan from Arthurian legend walking around Whitechapel in 1888. For those who aren't completely aware of the significance of that time, think the gruesome murder of prostitutes by one Jack The Ripper

This is pretty significant because the third core character is Mary Jane Kelly. Only this has a bit of a twist from the traditional Stabbin' Jack stories. In this case, Mary Kelly has a few powers of her own, including precognition. Also, and I think this may be slightly different from the traditional tales, there may have been demons and other mythical elements involved.

How this is presented is best of all. While the story has moments that can feel like you're too abruptly moved from one area to the next, for the most part, it's enjoyable to follow thanks to the decent script and fantastic voice acting, with the game using a host of fantastic talent including but not limited to Gareth David-Lloyd, Perdita Weeks, Alexandra Roach and Gareth David-Lloyd. It doesn't matter what part of the story you're going through, the voice acting brings the characters to life and more than adds to the quality of whatever scene you're going through. 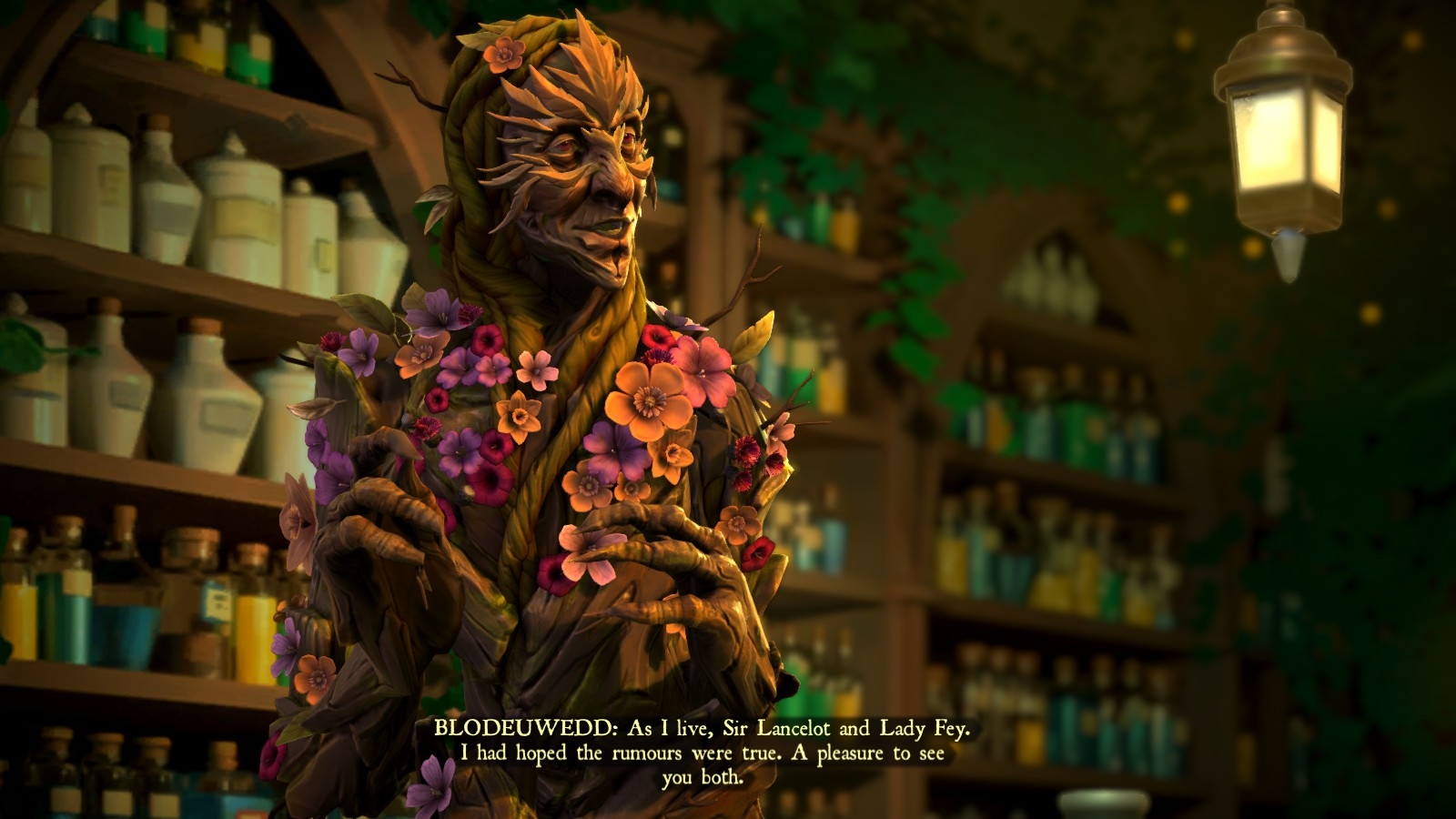 Presentation really is the saving grace of Dance of Death: Du Lac & Fey. From the aforementioned script and voice acting to the aesthetic qualities of the game. Put simply, it looks great. Or, at least it looks great when you can see the budget allowed it to. The backgrounds of every scene are fantastic, full of exquisite detail that adds to the feeling of an actual world. Only, time and resources eventually ran out. Too many characters are simply fixed in place, not moving at all.

That's essentially the root of all problems with the game, running out of time and money. This is something that Salix Games have recently opened up to in a letter to the games community. Were it not for the lack of resources and having to push the game out, I can honestly say that Dance of Death: Du Lac & Fey could have been a very good game, though not without the known issues of the tediously slow movement. All in all, if you want to play through an interesting story with a compelling core cast of characters, masterfully voice acted, then you could do a lot worse than Dance of Death: Du Lac & Fey.

Were it not for the lack of resources and having to push the game out, I can honestly say that Dance of Death: Du Lac & Fey could have been a very good game, though not without the known issues of the tediously slow movement. All in all, if you want to play through an interesting story with a compelling core cast of characters, masterfully voice acted, then you could do a lot worse than Dance of Death: Du Lac & Fey.