Close to the Sun

Storm in a Teacup

So we all know a bit of Greek mythology. From Prometheus, the titan who stole fire to give it to mankind, punished by being tied to a rock where an eagle would eat his liver every single day to Atlas, the titan forced to hold up the heavens for eternity. Okay, maybe you don't want to be a Titan. You could always be Icarus, son of legendary craftsman Daedalus - the inventor and builder of the labyrinth which contained the Minotaur of Crete. Daedalus build some wings for him and his son and, giving a warning, told him not to fly too low, for the feathers would get damp from the sea. Nor should he fly too high, as the wax would melt. Icarus, forgetting these warnings, flew too close to the sun, melting the wings, plummeting him into the sea where he drowned.

Seriously, what the hell was wrong with Greece? Do any of these stories have a happy ending? Not many, to tell the truth. Even those that do can be subjective (read up on Helen and Menelaus or Pygmalion and Galatea). Speaking of happy endings, let's look at Close to the Sun by Italian developers Storm in a Teacup, a game I previewed earlier this year and finally played through fully.

I've said it before and I have to stick with it, it's pretty much impossible to not think of Bioshock when looking at or playing Close to the Sun. It's an atmospheric horror set in an ocean-oriented place, though instead of being under the sea you're actually on a ship called the Helios (Whose son was killed by Zeus. Seriously ancient Greece, lighten up). Adding onto this, the aesthetic is also very reminiscent of Bioshock, being inspired by Art Deco. It makes for an excellently atmospheric wander through this wrecked ship, especially when things really start to get creepy.

When I say a walk, I genuinely mean it. Storm in a Teacup has always been steadfast in the statements that this isn't trying to be Bioshock. There are core differences. This is more akin to a walking simulator than anything else, for lack of a better term. It's very story-oriented, with it very much focusing on what you are directly looking at. Plus, the only combat to be found is you getting pointy objects shoved into your supple flesh, should you be unable to flee the enemy during the few chase (running-away) sequences found within the game.

Though to say that Rose, the protagonist of this story, is running away may be a slight exaggeration. Even when being chased by a knife-wielding maniac called Ludwig or what the game describes as "time's antibody", you seem to be having more of a leisurely jog than anything else. When you're not in these sequences, well everything feels very slow. Though I will say, this is likely a conscious design choice more than anything else. The slow pace allows you to take in everything you see along with the world, spotting the finer elements and the clues along the way.

The best way to describe the game is deliberate, though this sometimes fails in its aim. While you're left to look around at your own pace, you feel each step, with your interactions with such as ladders and doors being very specific to your input. Even the jump scares are based exactly on what you're doing or where you're looking, so things don't happen off-screen. The fault comes with the aforementioned chase sequences, which still rely on this specific action-input from yourself. I've found myself caught up and subsequently murdered too many times now, just because the game hasn't detected me telling Rose to jump over an obstacle or crawl through a gap.

So, you've seen me mention the words "time's antibody" and are likely confused. So am I for the most part. Though the story does wrap itself up at least a somewhat satisfactory conclusion. However, a lot is left open leaving the game with some huge questions, where the answer seems to be "SCIENCE!". You'll hear about the one electron theory, time travel, death rays and much more while heading through the Helios. Will much of it make sense? Probably not. It's a shame because what you can look around and explore is more than a little intriguing.

This is where Close to the Sun really shines, the ability to look around and explore. Not only does it have the fantastic Art Deco design, everything is just fantastically detailed. From the writing on chalkboards, the little newspapers and notes that add to the world building, all showing a universe where the rivalry between Tesla and Edison has led to a brutal conflict between two megalithic corporations. It's a world I'd love to explore further.

Working alongside this is the way puzzles are shown and solved. From simply looking around you'll find clues such as the combination wrote on a blackboard, not an interactible element of the scenery, which you have to then remember to enter later. Most are fairly simple like this, with only a few requiring anything like timing or a bit of logical thinking. If there is an issue to speak of, it's that following the first playthrough, you're not going to find anything to really challenge you puzzle-wise. Later playthroughs will only really be about finding the collectables and what few story bits you may have missed the first time through.

Though I will say the story bits, when they're done right, can be a real joy. Even the background chatter, which is fantastically voiced, really adds to the game. I won't spoil anything major, but you do encounter a few characters along the way, from Rose's sister Ada to the knife-wielding maniac Ludwig and Nikola Tesla himself. However, the best part of the game is always in a man called Aubrey. Aubrey is, without a shadow of a doubt, brilliant. Particularly so with lines like "I'm using the disembodied arm of my best friend as a back scratcher so no, I'm not okay", even after just talking to said friend. Moments like this are both humorous and sad as you realise the horrible situation people are in.

If there's one thing that can be said for Close to the Sun, it's that the game oozes atmosphere. With a visual design that beats that of most games with budgets a hundred times higher than this, it's a marvel what Storm in a Teacup has achieved. The focus on detail and the world at the cost of length is telling though, with the game lasting you anywhere between five to eight hours. This depends on your proclivity to explore, of course. I was much close to the second number. The main problem is, as I mentioned before, the replay value is severely limited.

All things considered, though, I would heartily recommend Close to the Sun. With some fantastic world-building, an incredibly well detailed and atmospheric setting that's enhanced by a cast of interesting characters with great voice acting. The real issue comes primarily from lack of replay value, though for those who like to explore the world and story, there are reasons to go back. 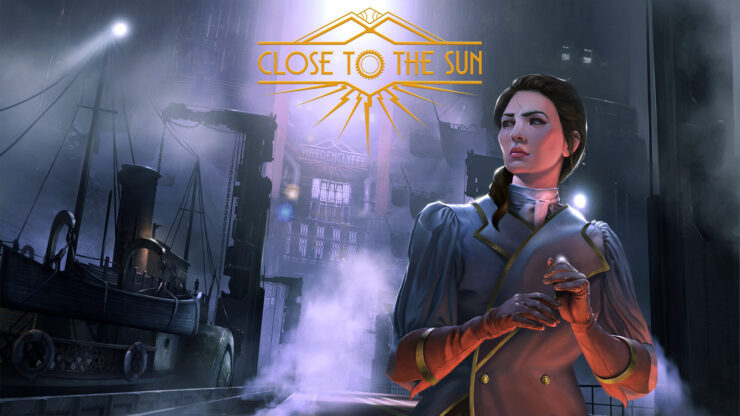 7
Wccftech Rating
Close to the Sun

All things considered, though, I would heartily recommend Close to the Sun. With some fantastic world-building, an incredibly well detailed and atmospheric setting that's enhanced by a cast of interesting characters with great voice acting. The real issue comes from the lack of replay value, though for those who like to explore the world and story, there are reasons to go back.